Jo Dee Messina has announced the addition of a second Nashville show for a special holiday concert on Sat. Dec. 5 at the Brentwood United Methodist Church. All proceeds from the performances will go to Harvest Hands Community Development Corp. Tickets are being distributed for free in advance with fans being asked to make a donation at the event.

“Harvest Hands is truly an amazing organization,” says Messina. “It is currently taking the inner city of Nashville and is changing it one life at a time with educating, kindness and love. To go down and actually see how they are making a difference, has touched me. This show is for them.”

All 1800 tickets for the 7 p.m. performance have been claimed. Now a matinee show is also scheduled. Tickets can be obtained online at www.jodeemessina.com/tickets and locally at the Brentwood United Methodist Church.

Messina will perform a wide array of songs from her 2002 Christmas album A Joyful Noise, plus other holiday classics and music from her next album, including the upcoming single “That’s God.” The Dec. 5, 7 p.m. concert will also be streamed live at www.ustream.com/jodeemessina Husband and wife duo Joey+Rory have been touring in Scotland and Ireland in recent weeks. The duo’s new single, “It’s Christmas Time,” is available digitally. They are also promoting Merry Kidmas, a children’s album co-produced by Rory Feek and created by The Song Trust. A portion of the proceeds will be donated to charity.

A song by Burns & Poe is being used as the theme song for the Dallas Cowboys. The pair recently headed to the Lonestar State to film the music video for “Cowboy Stomp.” Taped at the brand new Cowboys Stadium, the video features Cowboy Troy and of course, the world-famous Dallas Cowboys Cheerleaders. Keith Burns and Mark Oliverius wrote the rowdy number which also features a rap by Cowboy Troy. Lee Ann Womack was in Hawaii last week to visit with Wounded Warriors and perform for troops and their families at Schofield Barracks. Visiting the island of Oahu as part of “A Tropic Homecoming,” sponsored by the USO, Womack welcomed home more than 3,500 troops returning from a year-long deployment in Iraq.

Keni Thomas, Mark Wills, and Alana Grace are heading out from Nashville to entertain the troops in the Middle East on the “Hope and Freedom” USO Holiday Tour in December. Other tour mates include model/TV personality Leann Tweeden, and members of the Dallas Cowboy Cheerleaders.

Nashville-based country group Brokedown Cadillac have confirmed plans to perform for the troops during a Thanksgiving week tour of military bases in Iraq. The group, founded in California by singer Corri English and guitarist Randy Dunham, flew overseas last week for the tour, which runs from November 21-30.

Tracy Lawrence will again host his annual Mission Possible Turkey Fry, today, Nov. 24, to raise money, generate awareness and provide food for the Nashville Rescue Mission. Now in its fourth year, the pre-Thanksgiving event is open to the public. Lawrence will be joined by other artists such as Brad Arnold, Ash Bowers, Burns & Poe, Sarah Darling and Lorrie Morgan and the Titans Cheerleaders.

“This event is one of my favorites of the year.  It’s a true and heartfelt gesture by all; I’m in awe each year of the support from my friends and the community who come out to lend a hand, make a donation, and fry up some turkeys,” Lawrence said. FlySongs will specialize in the music of Texas, Tennessee and Louisiana and represent it to the film and television industry. The new company will actively seek to place compositions in movies, television specials, soundtracks, primetime and cable series, video releases, and commercials.

“We have spent our energies developing deep production and film industry contacts,” says company founder Sandra Fox. “We have established solid relationships in Hollywood, and in the national film community, and are using those connections to expand and enhance this music we love. There is a wealth of opportunity, but success demands immediate response. Filmmakers very often phone to say they need a specific type song for a project and, especially when dealing with television, they need it now! Our job is to quickly and expertly provide those songs.”

Fox spent over 25 years working in the publishing business including 15 years with MCA Nashville Publishing, plus time with EMI-Tower Street, Mercury Records, Big Picture Entertainment and others.

“I was fortunate to have been mentored by two of the best in the business, Gary Smith and Keith Stegall,” says Fox. “The next step for me was a logical one, to open my own company and to represent the best songs available. I was born in Louisiana, raised in Texas and learned about the music industry in Tennessee. That’s where FlySongs will look for the music we present to filmmakers.” Nashville-based Sharp Objects, a song plugging and artist development company has added Ray Bruce to its marketing and promotions department. Bruce’s new title will be Creative Director/Special Projects Coordinator and he will report to company CEO Steven Sharp. Chief among Bruce’s new responsibilities will be to represent the Sharp Objects song catalog and secure cuts.

Bruce, an Atlanta native, has previously worked with Ashley Rivera, Georgia Entertainer of the Year, 3-time NACMA vocalist of the Year (’07, ’08 and ’09) and many other artists and songwriters. Most recently he plugged songs for Christian Contemporary writer Kris Miller. Bruce can be reached at [email protected] or 615-320-1030. Combustion Music has promoted Chris Van Belkom to Sr. Creative Director. He previously served as Creative Director and has spent five years with the publisher, helping oversee the careers of songwriters including Blair Daly, Ashley Gorley and Gordie Sampson, as well as local major label rockers Kings Of Leon and American Bang, and duo Sam & Ruby. Under Van Belkom’s new agreement with Combustion, he joins VP Stephanie Greene in heading up the publisher’s creative forces. 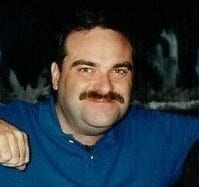 Lifelong radio man Dene Hallam is being mourned by friends in the industry following his death on Friday night (11/20) following a brief illness. The veteran programmer was currently working as PD for the Moby In The Morning show in Atlanta. Hallam had been in radio since the 1970s, and through the decades earned the respect of his peers nationwide. He was 55 years old and leaves behind three daughters.

A funeral mass will be held on Saturday, Dec. 5 at St. Peter Chanel Catholic Church, 11330 Woodstock Rd., Roswell, GA 30075. In lieu of flowers, the family is requesting donations to an educational trust for his daughters. The trust has been set up at the Fidelity Bank in Roswell. Contact branch manager Michele Owenby at 404-553-2175 for details on making a donation. Gloriana dazzled odds makers Sunday night (11/22) when the group won the fan-voted T-Mobile Breakthrough Artist Award at the 2009 American Music Awards. The honor was decided by fans who were encouraged to text vote right until the end of the show. Other nominees in the category were Lady GaGa, Keri Hilson and Kid Cudi.

The vocal quartet’s debut single “Wild At Heart” has been the best selling single by a 2009 new country artist with over 375k sold and the group’s self-titled CD is the best selling new act debut album racking up sales of over 133k according to Nielsen Soundscan, a division of The Nielsen Company.

“We cannot even put into words right now how thankful we are to the fans who voted for us and to everyone who has made the last couple of months an absolute dream come true,” said the group’s Cheyenne Kimball.

“This is still a bit surreal for us,” added band member Tom Gossin. “It’s such an honor to win an American Music Award, especially since it is voted on by fans and we are so grateful to have amazing fans.”

For a limited time, iTunes is offering Gloriana’s new CD at $7.99. Sound & Speed returns to Nashville Jan. 8-9, and tickets are now available at ticketmaster.com and opry.com and www.soundandspeed.org. This year’s fifth annual event, hosted by Sprint and presented by SunTrust will include two nights of music.

On Fri. Jan. 8, some of country’s hottest acts will fire up the Ryman Auditorium stage with two shows at 7 and 9:30 pm. Artists performing will include Hank Williams Jr., Chris Young and NASCAR legend Kyle Petty. More artists are soon to be added.

On Saturday, Jan. 9 the event continues at Nashville’s Municipal Auditorium, where fans of racing and country music will have the opportunity to get up-close and personal with drivers, team owners, and top-name artists for autographs, story-telling, and question-and-answer sessions. The fan event will feature show car and sponsor displays, as well as a charitable auction with memorabilia from the racing and entertainment industries. Among the NASCAR stars scheduled to appear are Dale Earnhardt Jr., Tony Stewart, Denny Hamlin, Kasey Kahne, Michael Waltrip, Clint Bowyer, Reed Sorenson, and David Stremme, along with country music stars Jason Michael Carroll, Josh Turner, members of Diamond Rio, and Chris Young with more drivers and country music artists joining the star-studded line-up in the coming weeks.

Since its inception, Sound & Speed has attracted an estimated 40,000 fans and raised more than $800,000 for Victory Junction (a year-round camping experience founded by Kyle and Pattie Petty for children, ages 6-16, with chronic medical conditions or serious illnesses) and the Country Music Hall of Fame® and Museum.