Country Radio Broadcasters, Inc.® has announced that Bill Bailey, Laurie DeYoung and Rudy Fernandez will be honored as the 2010 Country Music DJ inductees, while Cy Blumenthal, Dan Halyburton and Michael Hammond will be inducted into the Country Music Radio Hall of Fame. The class of 2010 will be officially instated at a dinner ceremony on Feb. 23, 2010, at the Nashville Convention Center.
Ticket prices for the Hall of Fame ceremony are $90 for CRS registrants. For details, visit www.CBR.org

Bill Bailey spent the majority of his career at KIKK (Pasadena/Houston, Texas) and KENR (Houston). Laurie DeYoung is a 24-year veteran of WPOC in Baltimore, Md., and won the CMA Large Market Personality of the Year award in 1994. Rudy Fernandez has worked with KEAN in Abilene, Texas for 31 years. The late Cy Blumenthal (1913-1983) was a pioneer in Country radio, becoming the first man to own a chain of Large Market radio stations in the Country format. Dan Halyburton is a 39-year veteran of the radio business, currently heading up the Dallas-based new media and technology company, RadioTime, as President. Michael Hammond has enjoyed a 36-year career in the radio business with Citadel Broadcasting, currently serving as the company’s Director of Operations in Knoxville, Tenn. 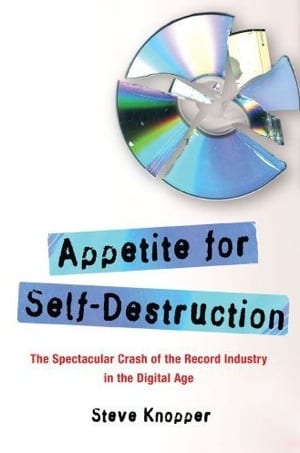 Appetite for Self-Destruction: The Spectacular Crash of the Record Industry in the Digital Age by Steve Knopper (The Free Press, 2009)

Ever wonder how the music industry REALLY got into such a problem with the Internet, illegal downloads and all that? Well, this is the book for you.

Steve Knopper takes the reader on the journey to digital music. He begins his book in 1979 with the Disco Crash, followed by the wide-reaching impact of Michael Jackson’s “Thiller” and the rise of MTV. He discusses the introduction of the CD, the problems with indie record promotion, the death of the single, and  Shaun Fanning’s development of Napster.

Too often when outsiders look at the record industry they embrace the stereotypes that the industry is stupid, greedy, and the enemy of consumers and artists.

But the recording industry is made up of people, and humans make mistakes. Human nature is to celebrate when things are going well, and to not want anything to change. When things don’t go well, humans tend to look for something to blame. Napster became the perfect storm to blame.

The power brokers running the recording industry did not grow up with computers; they got to the top with a different skill set than what was required when the Digital Age dawned. When the industry leaders were hit with the new digital reality, their natural reaction was to want everything to stop and go back to the way it used to be. It is understandable that when the rules of the game changed—like they did at the end of the 20th century—then those who had won under the old rules would be lost.

However, the job of leaders is to be able to adapt to change. And the guys at the top—and the great majority were guys—tended to bury their heads in the sand when change hit them. Not only did most not have a grasp of the digital age, they did not reach out for input that would have helped them understand it.

This book is an indictment of the recording industry when it comes to embracing the Digital Era. But Knopper doesn’t just go on a tirade—like so many others—without backing up his story with first-hand accounts of what happened in board rooms of major corporations as Napster appeared on the scene.

He concludes with “The Future,” where he states that the labels “will become an anachronism.” He continues, “The biggest ones may survive, by manufacturing a few…blockbusters every year. They may still make money licensing their catalogs to movies, commercials, TV shows, and video games [but they] ….may have to sell their lucrative catalogs to other companies [who will] stop messing around with any type of digital rights management, stop suing customers, drastically reduce digital-track prices, cut unnecessary overhead like warehouses and crates, and thereby return to 1980s-style profits.”

He notes that some suggest “Apple or Microsoft or some other visionary company with money to burn will buy up the assets and, finally, start running the major record labels as high-tech content houses.” But in the end, Knopper concludes that “it sure feels like the end is near.”

Country consumers are feeling the effects of the economic downturn and have reduced spending in the last year, according to a new survey commissioned by the Country Music Association, called the CMA Prime Prospect Study.

Data indicates that the most devoted fans, called CountryPhiles and MusicPhiles, are less likely to monetize their support for the genre than they would have been a year ago. As a result, they are interested in free activities, such as no-cost downloads of Country Music.

There are still opportunities to generate revenue in changing and challenging times. Album compilations can be created for CountryPhiles, Pop Country fans, and other groups. Simple downloads can stimulate novice fans to purchase more easily and frequently online.

After the CMA Awards take place on Nov. 11, the CMA will begin another round of research. The new study will track any changes from the original 2008 Consumer Segmentation Study. The results will be presented at CRS 41, on Thurs., Feb. 25 (11:00 AM/CT).

Much more in-depth survey information is available for members on the Web site, My.CMAworld.com. 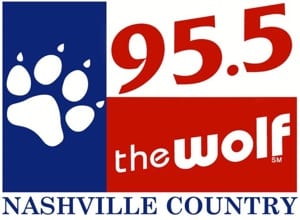 Cumulus Broadcasting in Nashville is hosting an all-day radiothon tomorrow (11/3) to benefit Feed The Children, which helps hungry families in Middle Tennessee.

A blood drive and bone marrow donor search for musician Joshua Ragsdale is going on today (11/2) at Christ The King Church (Belmont Blvd.) from 9 AM-2 PM. Ragsdale, a songwriter and former Lyric Street artist, is suffering from CML Leukemia and is in dire need of a bone marrow donor, which most often does not require surgery on the donor. He has been unable to find a match in the national bone marrow registry. Seeing if someone is a match is done by swabbing the inside of the mouth. If there is a match, the donation process is usually as simple as giving plasma.

You can follow Josh’s story on his brother John Ragsdale’s blog.