Keith Urban (see video above) ended his tour’s North American dates in a taxi. While playing the final bars of “Better Life,” the Aussie guitar hero left the stage at Buffalo’s HSBC Arena, walked through the hallways and into the street where he hopped a cab. The sold out crowd, watching the exit on the digital video screen were unsure at first if it was real or just a stunt but soon realized when the confetti flew that the show had ended. 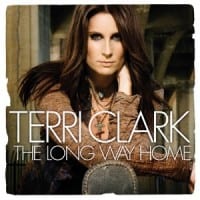 Terri Clark has embarked on a Canadian tour that will visit 22 cities in about six weeks. “For me, I realized the people in Canada, they were the ones with my kind of heart… They taught me how to love music, how to really embrace it without compromise. They come to the shows; they get loud; they’re not afraid to have anything less than the best possible time. That is something to honor… to pay attention to… and so, I’m determined to make The Long Way Home as literal as possible.” The tour, named after her just-released CD available in Canada and the U.S., began in Halifax, Nova Scotia Oct. 19 and will end in Vancouver, BC on Nov. 22. Clark has won the Canadian Country Music Association Fan’s Choice Award more than any other artist.

Bucky Covington will headline a free show following the NASCAR Nationwide Series Kroger On Track For The Cure 250 at Memphis Motorsports Park on October 24. The Lyric Street artist and former American Idol contestant is currently at radio with “Gotta Be Somebody” from his upcoming CD I’m Alright scheduled for release in spring 2010. The single debuted last week on the MusicRow Country Breakout chart.