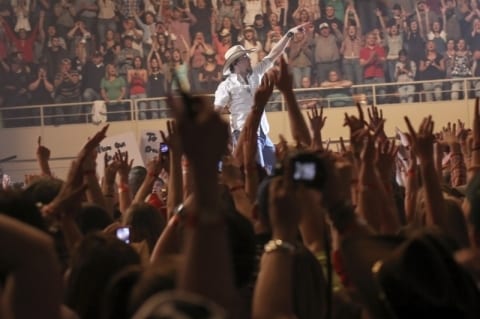 Aldean’s ticket sales have doubled since the early April release of his third album, Wide Open, and the tour continues through the fall. He will also appear on an episode of E!’s late night talk show Chelsea Lately today (Aug. 17) and on ABC’s CMA Music Festival: Country’s Night to Rock on Aug. 31.