“When You Love Someone That Much” 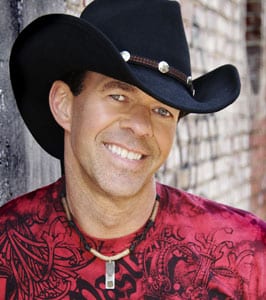 “Propulsive and energetic, with a wonderfully upbeat, positive message. His vocal rides above the rocking track with admirable force and emotion. This is Richie’s third straight winner.”
—Robert K. Oermann, Music Row

Richie Fields‘ latest single, “When You Love Someone That Much,” is a bit of a change up for the distinctive baritone singer who naturally gravitates to power ballads. “When folks hear the title,” Richie says, “They automatically think ‘ballad’—and I love it that this song just drives from the very first note.”  The single was written by Chip Martin and Jan Linville, and is Richie’s first collaboration with new producer, J. Gary Smith (Andy Griggs, Lonestar) and associate producer, Clif Doyal.

Since turning to music full-time in 2006, Richie has enjoyed success on the road and at radio. Fields’ accomplishments led to his inclusion on the CMA’s Who New To Watch in 2009 list, and his national television debut on Inside Music Row in February. Richie was Country Weekly’s “Who’s New” in June, and will be featured in the magazine again in July. He was a hit at this year’s CMA Music Fest, finding long lines at the Roughstock, VAULT, Digital Rodeo and Music City Zone booths, as well as filming interviews with the Pentagon Channel, Hit Country TV, Country Home, True Country GoTV Networks and Country Music Tattletale.

In between tour dates, Richie spends his time with his family, working out, writing songs and Twittering.