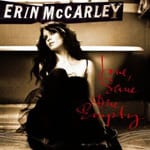 As usual, there is plenty going on in Nashville’s pop-rock community.

The gals, in particular, are rocking the joint. Veteran Jonell Mosser leads a grooving group that also includes Disc of the Day winner Erin McCarley and excellent newcomer Susan Hartman.

The DisCovery Award, however, goes to the guys of Kindercastle. Both Kindercastle and Jonell are playing this evening, and it’s entirely possible for the energetic among you to 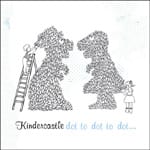 ERIN McCARLEY/Love, Save The Empty
Writer: Erin McCarley/Jamie Kenney; Producer: Jamie Kenney; Publisher: Froggle/Sony-ATV/Carver, BMI/ASCAP; Universal Republic (track) (www.erinmccarley.com)
—This young Music City lass has become one of our major pop/rock players. The bopping title tune to her album was featured in the movie He’s Just Not That Into You. The downbeat lyric contrasts with a furious rhythm track, sighing strings and plinkety piano. Like the rest of the CD’s tracks, this is something you’ll want to hear over and over. Worth every dime.

KINDERCASTLE/A New Way Of Life
Writer: none listed; Producer: none listed; Publisher: Upright T-Rex, BMI; SelecTone (track) (www.kindercastle.net)
—SelecTone is Steve Wariner’s label. This synth-based outfit features his son Ross and cohort Cody Uhler, who have been musical collaborators since they were 14 years old. The wafting tones and falsetto vocal soarings here are quite winning. The track appears on Kindercastle’s new EP Dot to Dot to Dot. It follows the group’s 2008 debut album, In a Tizzy, which is also recommended listening. By the way, Steve’s other son Ryan has been out on the road playing lead guitar for Jewel and is now touring with LeAnn Rimes.

SUSAN HARTMAN/Hip With Me
Writer: Hartman/Ulisse; Producer: Eddie Gore; Publisher: Pink Scarf/Hadley Music Group, ASCAP; Susan Hartman (track) (myspace.com/susanhartman)
—By day she’s a licensing manager at ASCAP. Hartman’s secret life is as a pop rocker. Her scintillating EP kicks off with this groove-soaked track with none other than Steve Cropper providing lead guitar. Her sunny, saucy vocal is as cool as the R&B flavored instrumental work. I’m in.