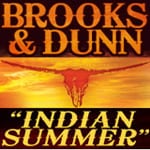 Sometimes the veterans can surprise you.

Just when I thought I might be “over” Brooks & Dunn, along comes a single like “Indian Summer.” They wrote it. They produced it. And it’s the freshest sounding thing they’ve put out in years. Give those vets a Disc of the Day.

Actually, there was quite a bit of refreshingly different music in today’s listening session. For those, like me, who crave the novel and the new, I recommend to your ears the efforts by Trent Tomlinson, Dean Brody, Richie Fields, Gretchen Wilson and Pat Green, in particular. 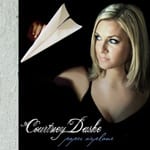 Our DisCovery Award also goes to an innovator. The songs on Courtney Dashe’s debut effort are all self penned and are all admirably individualistic.

The CMA Music Festival approaches. Are you ready, Music Row?

THE TERRY ALLEN BAND/Fire Down In Texas
Writer: K. Hunter; Producer: none listed; Publisher: Texas River, ASCAP; Optimus (www.terryallenband.com)
-Muddy and muffled sounding. It was probably recorded live, so everything is kinda bleeding into everything else. The band has talent, however, and the song is solid. Get thee to a real studio.

RICHIE FIELDS/When You Love Someone That Much
Writer: Martin/Linville; Producer: none listed; Publisher: VB Three/Riddle, BMI; Joint Journey (615-319-1863)
-Propulsive and energetic, with a wonderfully upbeat, positive message. His vocal  rides above the rocking track with admirable force and emotion. This is Richie’s third straight winner, I am happy to report.