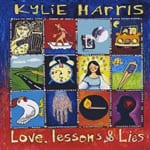 Her television show is called The Edge of Country, and she practices what she preaches.

Love, Lessons & Lies, the new CD by GAC’s Kylie Harris, is a splendidly left-field listening experience. It is not only produced with imagination, it is filled with excellently written tunes. A tip of the cap and a Disc of the Day salute.

We have a number of newcomers on hand today. My pick to click is Jack County a.k.a. Dallas singer-songwriter Jackson Doyle. By whichever name, he/it 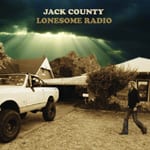 gets the DisCovery Award.

SEAN PATRICK McGRAW/Dollar Ain’t Worth A Dime
Writer: Sean Patrick McGraw/David Kroll; Producer: Sean Patrick McGraw; Publisher: Seananigan/Smokin’ Grapes, ASCAP/BMI; Little Engine
-It kicks off with big, mean, dooom-y electric guitars, then he comes in with his tales of economic woe. The gist of it is that it is easy to turn to a life of crime when your back is against the wall. Very “outlaw” sounding.

JACK COUNTY/Lonesome Radio
Writer: Jackson Doyle; Producer: Jackson Doyle & Jon Skaggs; Publisher: none listed; Jack County Music (track) (www.jacksoncountymusic.com)
-She’s gone, so he drives at night from town to town, “with the lonesome radio on.” Plain spoken, yet highly evocative. If nothing else, he shows fine songwriting promise, as this is the title tune of an entirely self-composed, 10-tune collection.

GEOFF UNION/Big Sky Tonight
Writer: G. Union; Producer: Geoff Union; Publisher: Shining Castle, ASCAP; Shining Castle (track) (www.geoffunion.com)
-The title tune to this Texan’s CD is painful. The vocal harmonies are out of key. The band members sound like they just picked up their instruments last week, and they aren’t listening to each other in any case. The lead vocal is a pitch disaster.

KYLIE HARRIS & PATTY LOVELESS/Love’s Back Hand
Writer: Marco Giovino/Kyle Harris; Producer: Marco Giovino; Publisher: Rabid Gator/Kylie Harris, ASCAP/APRA; Fuzzy Feet (track) (www.kylieharris.com)
-Perhaps best known to U.S. audiences as a TV host on GAC, in her native New Zealand Kylie wins major awards for her music. Her second American CD features this rolling, melodic, mid-tempo meditation with a scintillating harmony from Patty. Will Barrow’s accordion backup work is stellar. Listenable in the extreme. The whole album is a sonic delight, with lots of refreshingly different audio textures. Check out the rumbling, shuddering guitar on “Down to the Ground” the heartbeat rhythm of “Drive” the sighing slide on “Now and Then” the clarinet (!) on “Waltz Me Til Dawn” and the dreamy organ on “Sundown.”

BILL RHOADS/Too Many California Memories
Writer: Bill Rhoads; Producer: Mark Burchfield, Bill & Rose Rhoads; Publisher: Bill Rhoads, BMI; Bill Rhoads (track) (www.billrhoadsmusic.com)
-Well written, in a classic-country sort of way. His vocal isn’t the strongest, but the instrumental work is so gorgeous it more than makes up for whatever he lacks. The rippling, gut-string guitar picking, alone, is worth the price of admission.