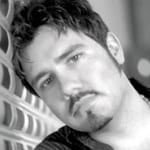 There are 10 records here, but only one really matters.

Eric Heatherly has more talent than any man ought to be allowed. He writes incredibly addictive songs. He sings like an angel and plays guitar like the devil. His rhythmic sense is impeccable. On top of everything else, he’s a superb showman. He also has the completely unchallenged Disc of the Day.

For our DisCovery Award, we cast our eyes northward. Greg 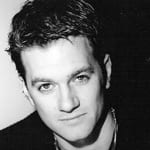 TED RUSSELL KAMP/Just A Yesterday Away
Writer: Ted Russell Kamp; Producer: Ted Russell Kamp; Publisher: none listed; PoMo (track) (www.tedrussellkamp.com)
—Kamp is the bass player for Shooter Jennings, but he also makes solo discs. His first, 2007’s Divisadero, was a gem, and the follow-up, Poor Man’s Paradise, is even better. Its single, this track, is a rumbling, rootsy ramble with Chip Davis shadowing Ted’s lead vocal with a tenor harmony throughout.

RODNEY ATKINS/15 Minutes
Writer: Tony Mullins/Jamie Lee Thurston; Producer: Ted Hewitt & Rodney Atkins; Publisher: Almo/Mullintone/EMI Blackwood, ASCAP/BMI; Curb
—“I gave up smoking, women and drinking last night/And it was the worst 15 minutes of my life.” Ya gotta smile at a line like that. The track bops and the steel guitar shimmers. And, for once, a rowdy-crowd sing-along works perfectly.

GREG HANNA/It’s A Man’s Job
Writer: Ashley Gorley/Wade Kirby/Kim Tribble; Producer: Kim Tribble & Greg Hanna; Publisher: Songs of Combustion/Music of Windswept/Steel Wheels/Songs of Category 5/Songs of RPM, ASCAP/BMI/SESAC; Pheromone (www.greghanna.com)
—This guy is apparently already popular in his native Canada. His raucous bid for U.S. acceptance has working-man verses, but in the choruses he shouts that loving you “is a man’s job.” And—guess what?—he doesn’t mind putting in a little overtime to do it.

CLINT MARTIN/West Side Of The Tracks
Writer: Clint Martin; Producer: Tommy Detamore & Clint Martin; Publisher: LinBrooke, ASCAP; Run Wild (www.clintmartinband.com)
—The track is as country as dirt, but his singing is as bland as water.

ERIC HEATHERLY/Things I Could Do To You
Writer: Eric Heatherly; Producer: Carson Chamberlain; Publisher: Psychobilly, ASCAP; Eric Heatherly (track) (www.ericheatherly.com)
—Eric’s new CD is called 2 High 2 Cry. On its single, he once again proves that he’s country’s grooviest guitar slinger. This has it all—a terrific vocal, a killer melody, a heartbeat rhythm and some sizzling guitar solos. If you program just one tune from this week’s stack of platters, by all means make it this one. It’s essential listening.