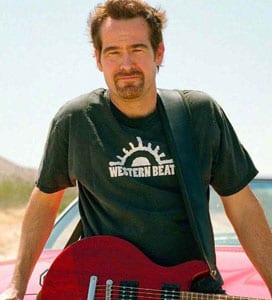 When Sean Hogan debuted in 1996, his first album release immediately caught the attention of country radio programmers and listeners across Canada. Their reaction earned him the first-ever CCMA Independent Male Artist of The Year Award in 1997. Since then, Hogan has become one of the highest-profiled Canadian singer-songwriters performing his own brand of country and roots music in Canada, as well as in parts of the U.S. and Australia in recent years.

And the accolades haven’t stopped there. Hijacked, Hogan’s second album, as well as his third, Late Last Night, won two consecutive West Coast Music Awards in 2001 and 2002 for Best Country Album. In 2003, Hogan won CCMA Roots Artist of The Year, the first independent artist to win this prestigious award. Hogan’s self-released U.S. Americana debut, Ruled by Mercury, went Top 30, making it to No. 24 on the AMA Americana Chart during Hogan’s self-organized tour in Australia.

Hogan was nominated again in 2008 for the CCMA Roots Artist Of The Year Award and set his sights on making the full time career move to Nashville. He began working tirelessly on his U.S. debut album, The Southern Sessions, and is ready to bring his no holds barred brand of country music to American audiences.

His debut single, “Catalina Sunrise,” released in May 2009, is currently on the rise at country radio and can be found on CDX 474. The Southern Sessions will be available fall 2009 in stores and all digital music outlets.