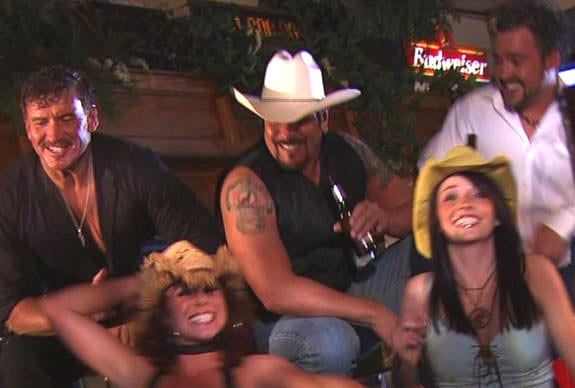 “Jesse Dunn” is the newest single by vocal group Rebel Hearts. Comprised of Darren Castle, Don McDowell and Kody Anderson, their music is a blend of country and rock that draws on influences like Elvis, Garth, and the Eagles.

After a string of independent radio releases, Rebel Hearts broke into the Billboard charts in 2000. In 2002-2003, Rebel Hearts videos for “Daddy’s Dream” and “Everything To Me” aired on Great American Country (GAC). In the summer of 2007, Rebel Hearts finalized their CD Runnin’ Wild with a Renegade Heart for international release. The album features the European radio hits “Good to Go,” “Wrangler Walk” and “Hard Rock Hotel.”

The videos for “Jesse Dunn” (link included below) and “Wrangler Walk” have been released to GAC and CMT. Current full-length project Rebel Hearts-Runnin’ Wild is a  CD/DVD featuring 6 videos.