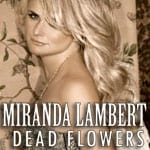 Despite terrific new singles by guys like James Otto and Zona Jones, this week belongs to the fairer sex. Tanya Tucker is back with hillbilly oomph. Megan Mullins sparkles in her upbeat I’m-outta-here toe tapper. Wynonna heats up the joint with one of her most soul-drenched performances yet.

Martina McBride’s ultra powerful ballad vocal makes a great song even greater. One spin of “I Just Call You Mine” will make a believer out of you. 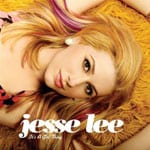 And what can I tell you about Miranda Lambert? Her recording of her own “Dead Flowers” grabbed me by the throat and held me paralyzed. What a woman. What a Disc of the Day.

Somebody at Atlantic Records has good country ears. First The Zac Brown Band, and now a pert blonde thrush named Jesse Lee. Give the little lady a DisCovery Award.

ZONA JONES/Bluer Than Blue
Writer: Randy Goodrum; Producer: James Stroud; Publisher: Let There Be Music/Springcreek, ASCAP; Rocky Comfort (www.zonajones.com)
—I have always loved this ballad, originated by Michael Johnson on the pop charts back in 1978. Zona’s immense warmth of tone and Stroud’s production bring it gently yet firmly into the country realm.

MARTINA McBRIDE/I Just Call You Mine
Writer: Joss Cates/Ty Lacy/Dennis Matkosky; Producer: Dann Huff & Martina McBride; Publisher: none listed, ASCAP; RCA (track)
—This power ballad sports plenty of production muscle, plus a lyric of deep romantic devotion. “Everyone calls you amazing/I just call you mine” is the pay-off, but the whole chorus is fabulous, not to mention the bridge. By the time she hit the finale, I had goosebumps all over.

LUKE BRYAN/Do I
Writer: Luke Bryan/Charles Kelley/Dave Haywood; Producer: Jeff Stevens; Publisher: Planet Peanut/Murrah Music/Bug/Warner-Tamerlane/Radiobulletspublishing/DWHaywood, BMI; Capitol Nashville
—Formerly noted as a happy pup, Luke tries on a sad, losing-love ballad. He’s not as convincing as he is on the peppy stuff, but the song is strong enough that it really doesn’t matter.

JESSE LEE/It’s a Girl Thing
Writer: Jesse Lee/Rachel Proctor/Victoria Banks; Producer: Mark Bright; Publisher: Warner-Tamerlane/Jesse Lee/Circle C/Full Circle, BMI/ASCAP; Atlantic
—It’s a chugging rocker with plenty of truth about the differences between the sexes. Ms. Lee sings it with sass and smarts. However, I don’t think turning the radio up and singing along to a favorite song is exclusively “a girl thing.” So there.