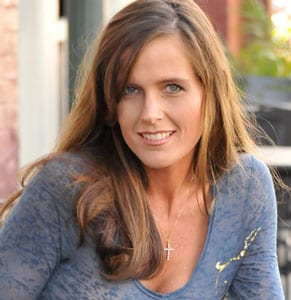 Her throaty delivery handles this sophisticated melody with aplomb. The piano and synth accompaniment is fairly pop, but the vocal keeps it down to earth.
—Robert K. Oermann, MusicRow

Born and raised in the Heart of Dixie, Carla Williams has long had a passion for singing and performing. The Mobile, Alabama native recently signed with Mike Borchetta’s Lofton Creek Records and the label is releasing her debut single “Every Word You’re Thinking.”

In 2007 Williams decided to pursue her dreams of singing and found songwriter and award-winning filmmaker, Milton Brown via Myspace. After meeting with Brown, the two realized that this dream could very well happen. Brown introduced Williams to legendary songwriter, producer and composer Steve Dorff, who co-produced Williams’ debut album I’m Home with Brown.

Williams’ journey is just beginning, but she is enjoying every second of the road to fulfilling her dream. “It was all about someone in the industry believing in me and taking that leap of faith and encouraging me to believe that my dreams were just as important as the big stars in Nashville,” says Williams.