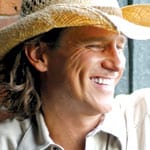 It’s awfully hard to argue with the power of the Nashville Symphony Orchestra and the voices of the Fisk Jubilee Singers. Especially when they’re backing Billy Dean on a patriotic anthem. Maybe there’s inspiration and hope in the air or something. Whatever the cause, I fell for “Wave On, Old Glory.” It’s the Disc of the Day.

Wouldn’t you have loved to have been a fly on the wall when Mel Tillis Jr., Tammy Rogers of The SteelDrivers and Dierks Bentley sat down to write together? Especially when they came up with something as cool as “Behind These Walls.” It earns Kentucky native Clay Underwood a DisCovery Award. 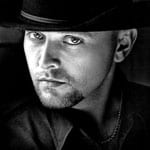 RIVER COUNTY/We’re All Here
Writer: Curt Ryle/Jon Stone; Producer: Terry Wendt; Publisher: none listed; SYC (www.rivercountymusic.com)
—Raucous and redneck, this good time sounds like it was recorded “live.” In any case, there’s not a heckuva lot of separation—everything’s bleeding into everything else.

CLAY UNDERWOOD/Behind These Walls
Writer: Dierks Bentley/Tammy Rogers/Lonnie Melvin Tillis Jr.; Producer: Jimmy & Jennifer Layne & Clay Underwood; Publisher: Songs of Universal/Tunes of the Village, BMI; PCL (CDX) (www.clayunderwoodmusic.com)
—On a beautiful day, he’s shut himself in, aching and miserable. Loneliness has seldom sounded better. The production churns and burns around a passionate vocal performance of a powerful melody. Get a load of those songwriter credits.

ALEX WOODARD & SARA WATKINS/Reno
Writer: Alex Woodard; Producer: Alex Woodard; Publisher: Woodshack, ASCAP; Woodshack (CDX) (www.alexwoodard.com)
—Watkins is the talented fiddler-singer of Nickel Creek fame. Woodard sings with a nasal rasp, so I was skeptical about whether their voices would blend well. Surprisingly, they do. And the song’s kinda cool, too.

RANDY HOUSER/Boots On
Writer: Randy Houser/Brandon Kinney; Producer: Mark Wright & Cliff Audretch III; Publisher: Songs of Windswept Pacific/How Bout That Skyline/Kinney Empire/ICG, BMI; Universal South (track)
—The “Anything Goes” man is back, this time with a slab of rockin’ country. I can almost hear them stompin’ on that dance floor now.