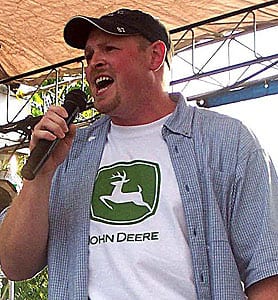 Derek Joseph was raised in the small rural farming community of Phelps, in upstate New York. The singer’s Grandfather was a banjo player and had a big influence on Derek’s love of music.

Derek began his musical education at age 8 with piano lessons, and by his teen years he was playing drums and singing with local groups. He was later hired as the lead singer for Outland, one of upstate New York’s premiere country groups.

Recently, Derek signed a recording contract with Little House Records Nashville. His first single, “No Cool Way” has been released to country radio and is currently climbing MusicRow’s CountryBreakout™ chart.

Derek will attend his first Country Radio Seminar in Nashville March 4-6. He says, “I look forward to making many new friends while I’m in town.”