Entercom Communications Corp. closed its merger with CBS Radio on Friday morning (Nov. 17). Now with more than 244 stations in 47 radio markets (including stations in 23 of the top 25 markets), Entercom will reach more than 100 million people weekly.

The deal was first announced in February 2017.

“We are thrilled to officially close our transformational merger with CBS Radio and welcome their talented employees and iconic brands to Entercom,” said David Field, Entercom’s President and Chief Executive Officer. “We look forward to capitalizing on our unique positions in sports, news, music, podcasting, live events, digital and more to provide outstanding experiences for our listeners and compelling integrated marketing opportunities for our advertisers. We now have the scale and capabilities to drive meaningful growth and to compete more effectively with other media for a larger share of advertising dollars. We also look forward to helping to elevate the Radio industry, which remains massively undervalued by advertisers despite having emerged as America’s #1 Reach medium, delivering outstanding ROI to customers.” 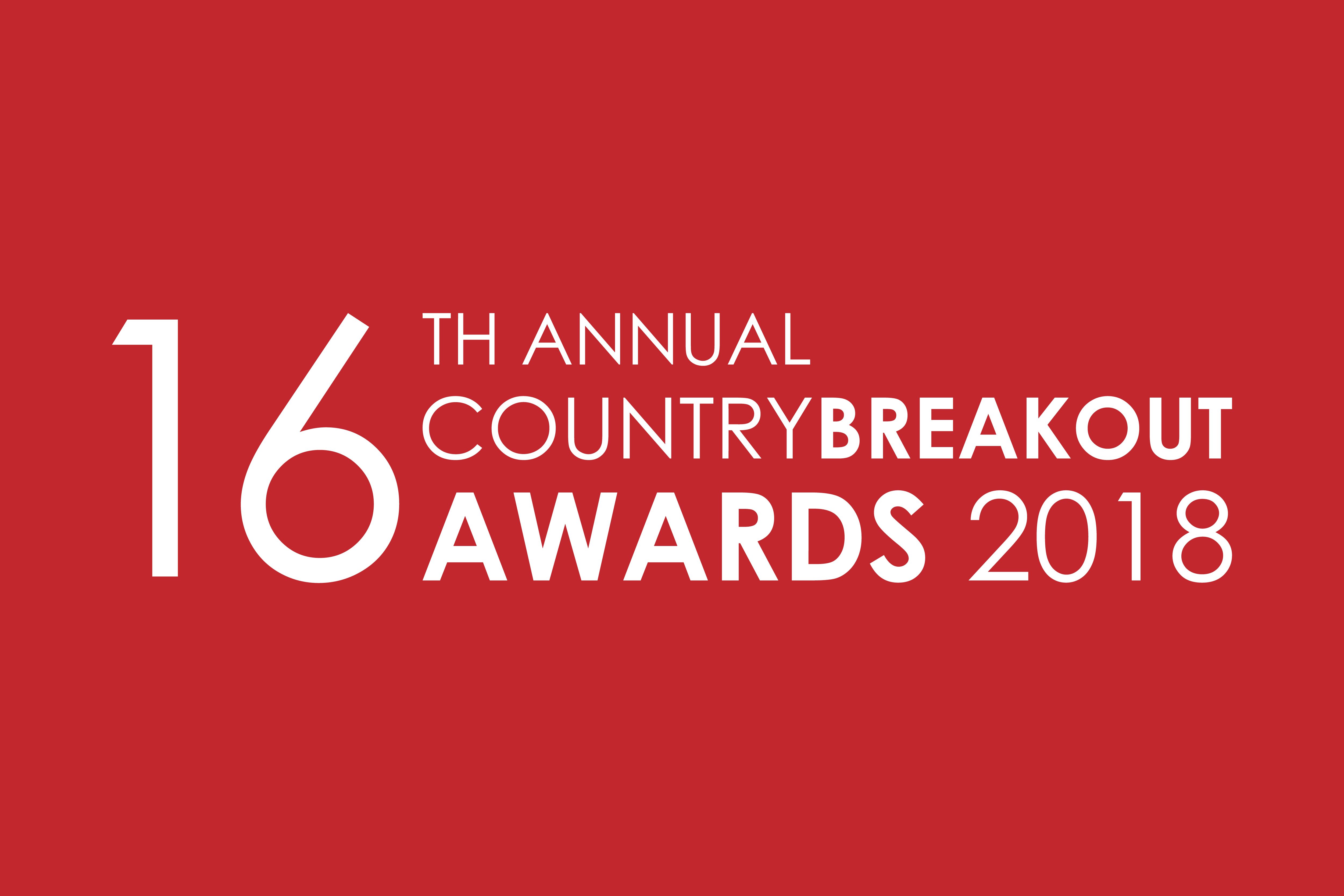 The afternoon event occurs before Country Radio Seminar which will attract radio broadcasters from across the country for events Feb. 5-7, 2018.

In-depth profiles of the yet-to-be-revealed awards winners will be included in the February/March 2016 edition of MusicRow Magazine, set to debut at the awards ceremony. Copies of the print issue will be available for attendees. 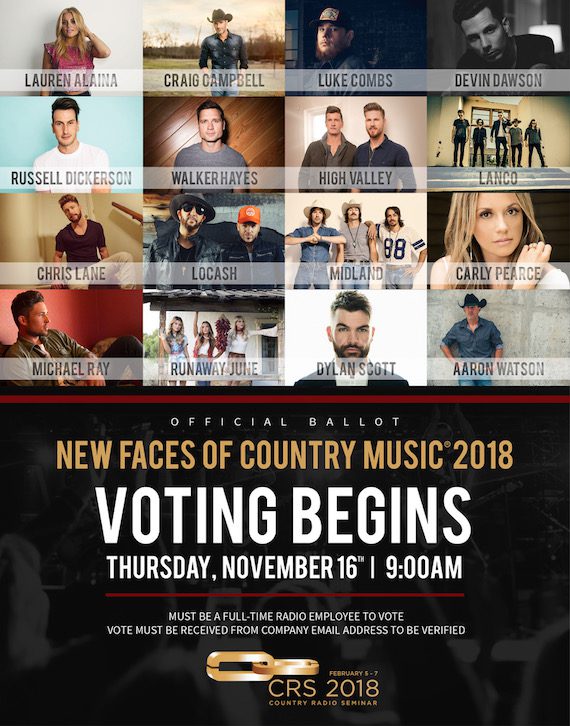 Voting for the CRS 2018 New Faces of Country Music Show® lineup opens this Thursday, Nov. 16 at 9 a.m. CT to all full-time radio employees. Voting will remain open through the end of day (11:59 p.m. CST), Friday, Nov. 24 at countryradioseminar.com. The five acts with the most votes will make up the lineup for the show. Dinner tickets for the New Faces of Country Music Show are sold out.

Any full-time radio employees may vote for the 2018 New Faces of Country Music Show® performers. Votes must be cast from the voter’s company email in order to be verified and successfully cast.

Below are the New Faces of Country Music qualification criteria:

2. The artist(s) selected must have never appeared on the New Faces Show. Not withstanding this, solo performers who become a member of a group or duo, or a group or duo member who becomes a solo artist, will be considered as an individual and separate artist, and is therefore eligible.

The New Faces of Country Music Show® will be held during CRS 2018, at the Omni Hotel Nashville. The show is co-sponsored by the Academy of Country Music and St. Jude Children’s Research Hospital and is one of the most anticipated events at Country Radio Seminar. 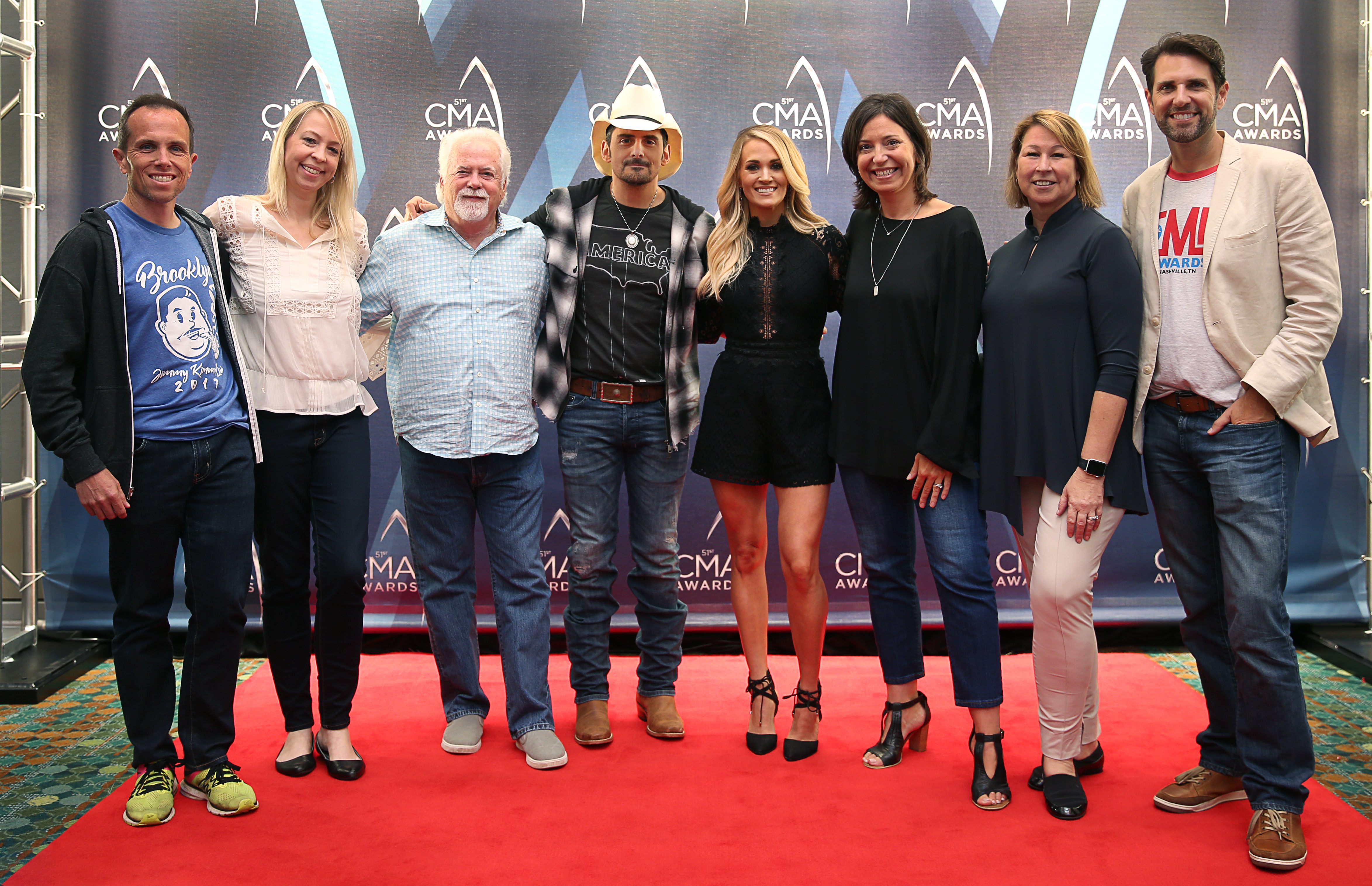 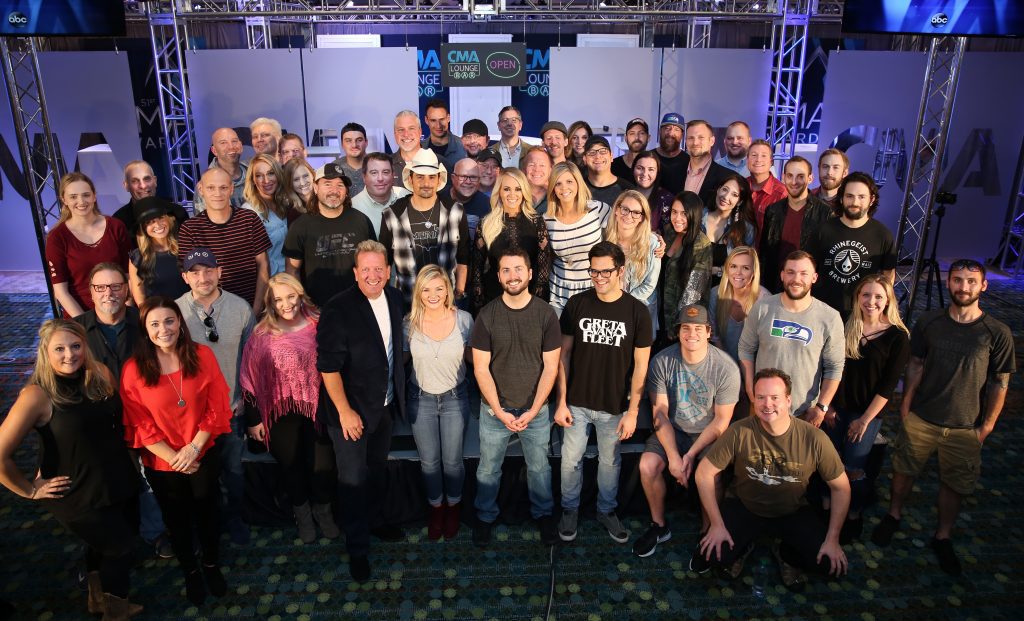 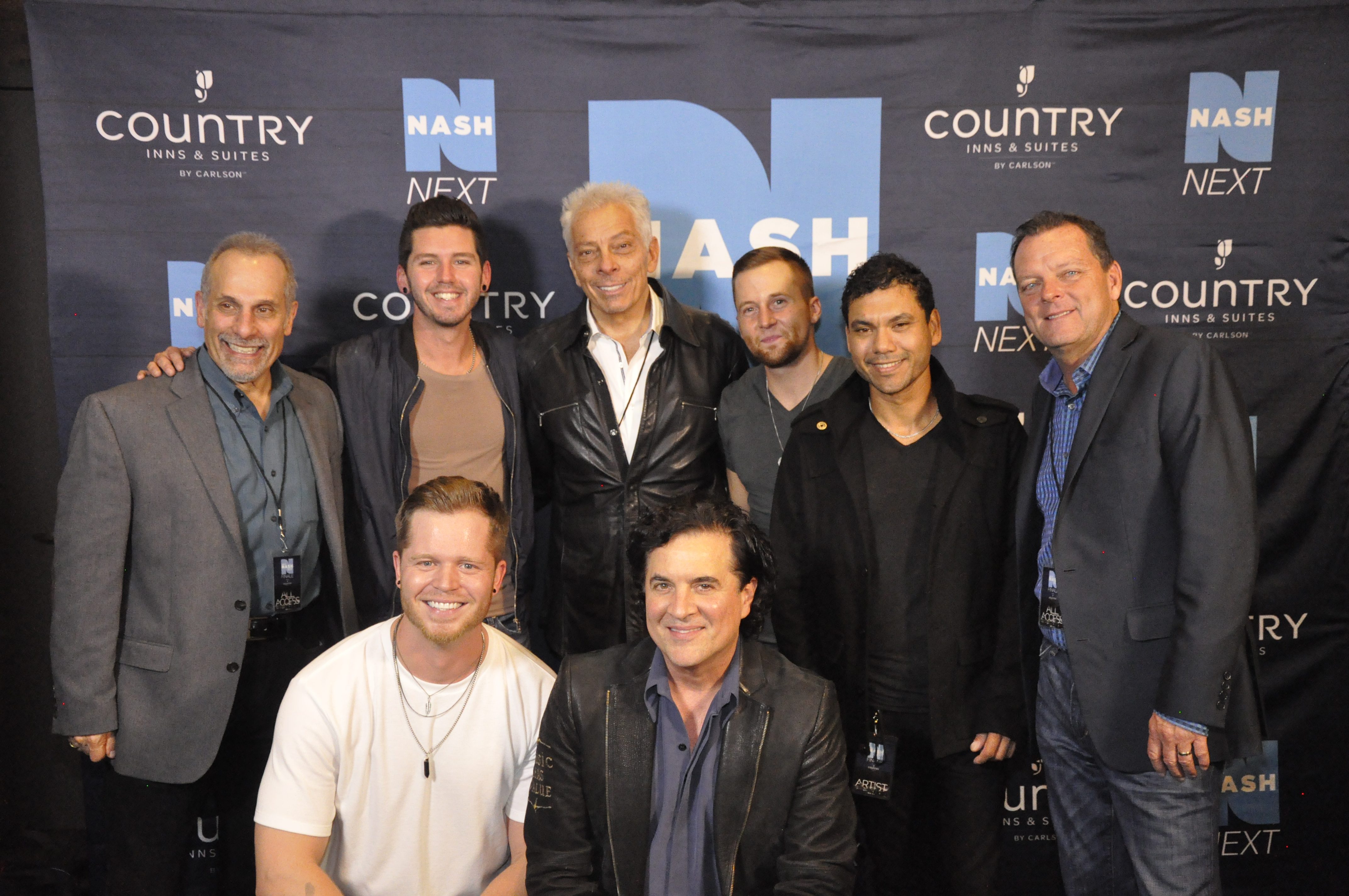 The final competition event took place at the Wildhorse Saloon in Nashville with live performances from the Top 10 national finalists and a special performance from 2016 NASH Next winner Todd O’Neill and The Valory Music Co’s Delta Rae. The finale showcased up-and-coming country talent discovered through this first-of-it’s-kind national radio grassroots talent search and artist development program for country music, sponsored by Country Inns & Suites By CarlsonSM.

“Great showmen, very cohesive sound and a polished performance” were a few of the phases used by the NASH Next 2017 judges to describe Radio Romance, who will receive national radio airplay on Cumulus Media radio stations, and a recording contract under the Big Machine Label Group umbrella. As a surprise addition to the grand prize package, Country Inns & Suites presented Radio Romance with a gift of 10 free nights at any Country Inns & Suites locations.

“We woke up this morning and we didn’t have a record label or a booking agency. All we had was our one manager,” said Sam Hayes of Radio Romance. “But we are going to bed tonight with a record deal. We can’t thank our fans and family enough for all the support they have given us that got us here tonight.”

The winner of the NASH Next 2017 Challenge was selected by a celebrity panel of some of the biggest names in country music, including Big Machine Label Group President/CEO Scott Borchetta; Kix Brooks, half of Grammy-winning duo Brooks & Dunn; award-winning Songwriter Hall of Fame writer Desmond Child; chart-topping entertainer Brantley Gilbert; and the Tennessean’s Cindy Watts.

“Radio leads the way when it comes to music discovery. NASH Next 2017 genuinely discovers new artists, enables all of the contestants to be heard and allows the winners to take advantage of an amazing opportunity to have their music backed by a major label as well as played nationally on the radio,” said Mike McVay, EVP Programming and Content, Cumulus Media. “We’re very excited to see what the future holds for Radio Romance.”

“We’re so excited to add Radio Romance to the Big Machine Label Group family,” said Borchetta. “This was the toughest competition yet for NASH Next but at the end of the night it was obvious that Radio Romance had prevailed.”

To sample Radio Romance’s music, as well as hear songs and watch music videos from all of the Top 10 finalists, visit: http://nashnextpresents.com. 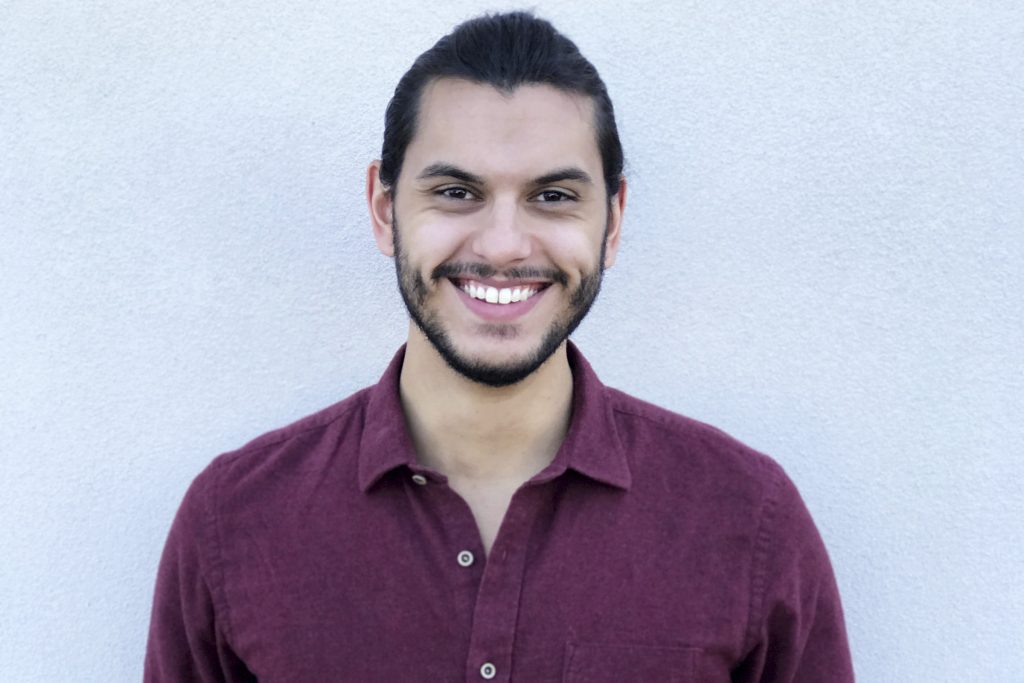 “Andrew’s drive, passion and work ethic are top shelf, making him a perfect fit to represent BMLG Records and our fantastic roster,” said Hargis. “It’s always a special moment when we have the opportunity to promote talent from within and I’m excited for the great country radio stations of the Northeast to get to know and work with Andrew.”

“I’ve had the privilege of learning from both Jimmy Harnen and Matthew Hargis over these last three years,” said Thoen. “I couldn’t be more excited to put all that knowledge into practice with the BMLG Records’ promotion team as we take our artists’ new music to country radio and fans!”

A 2014 graduate of Belmont University, Thoen rose from an intern with the company in 2012 before moving over to Harnen’s desk in late 2014.