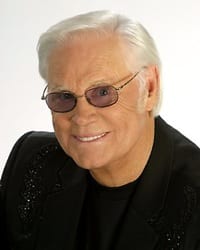 George Jones will perform at Nashville’s Ryman Auditorium next year. The show is scheduled for Saturday, March 12 at 8:00 p.m. 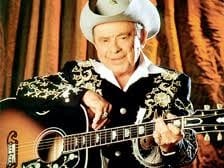 Little Jimmy Dickens will celebrate his 90th birthday with an invitation-only party on Saturday, December 18. 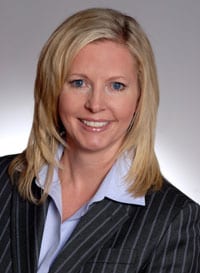 Nada Latto has joined BMI’s Nashville office as Vice President, Human Resources, where she will be responsible for leading all aspects of human resources for the company. She will report directly to Bruce Esworthy, BMI Sr. VP of Finance/Administration and CEO.

“Nada is a veteran HR executive with over 20 years of well-rounded leadership experience in a number of broad and progressive HR environments,” says Esworthy. “Her valuable experience, insight and leadership will help us guide the human resource element of BMI to higher levels of achievement.”

Latto was previously employed with the Oreck Corporation, where she was involved with all HR functions. Prior to Oreck, Latto was Sr. VP of HR at Ozburn-Hessey Logistics in Brentwood. She holds a BS in Consumer Services from Middle Tennesse State University and is certified as a Senior Professional in Human Resources (SPHR). 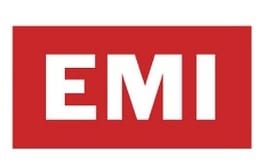 News sites including London’s Sunday Times, are buzzing today (12/13) with reports that EMI Music Group may soon end up in the hands of Citigroup. The bank funded a more than $4 billion loan for Guy Hands’ private equity firm Terra Firma to purchase the record company in 2007.

Sources told the New York Post that Terra Firma investors refuse to put any more money into the record label. Earlier this year Hands convinced them to plow $156 million into EMI to keep it from defaulting on the Citigroup loan.

Last month, Hands and Citigroup met in the courtroom, and Hands lost the lawsuit in which he claimed Citi convinced him to overpay for EMI. 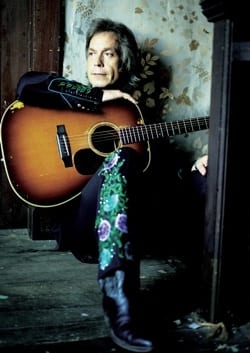 Bug Music has renewed its multi-year publishing deal with Jim Lauderdale. The singer-songwriter has worked with and written songs recorded by Elvis Costello, George Strait, the Dixie Chicks, Patty Loveless, and many more. Among his recent hits are Strait’s “I Gotta Get To You.” Lauderdale was honored with the career achievement “Inspiration Award” at the 2010 SESAC Awards.

Bug Music CEO John Rudolph made today’s announcement. “We are thrilled to renew our deal with Jim—a talented writer and dynamic performer who has achieved great success in both country and Americana music—and honored to represent his body of work,” Rudolph said. “Jim’s genre-breaking contributions to music are immeasurable, and we look forward to more successes.”

Among the other songwriters signed to Bug are Kara Dioguardi, Luke Bryan, members of Kings of Leon, Gordie Sampson, and Ryan Adams, as well as songs by Johnny Cash.

Randy Montana Stars in “1,000 Faces”
Mercury Nashville artist Randy Montana recently shot a video in downtown Nashville for his upcoming single, “1,000 Faces,” written by Montana and Tom Douglas. The video, directed by Robert Deaton and George Flanigen, utilized over 60 extras to convert the closed city streets into a swarm of bustling pedestrians around Montana and his band. Photo: Alex Ferrari 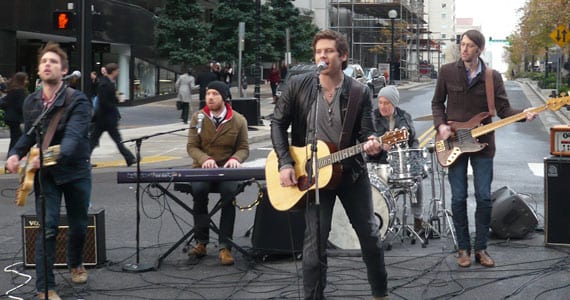 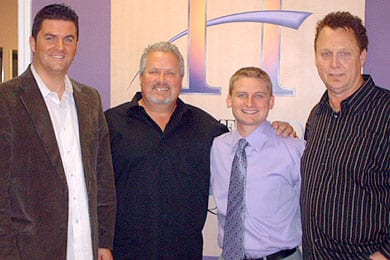 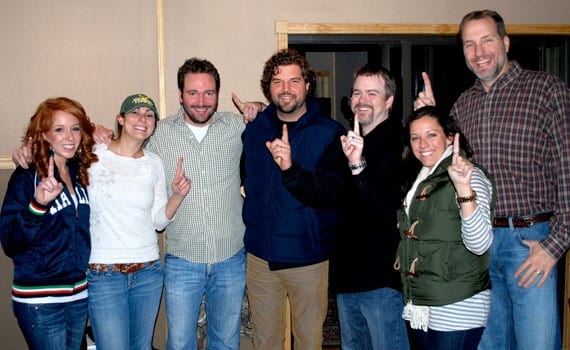 EMI Music Publishing’s Dallas Davidson will be honored in this year’s Billboard year-end issue as the Hot Country Songwriter of the Year. The award recognizes his nine charted country singles including multiple No. 1 country hits “That’s How Country Boys Roll” (Billy Currington), “Rain Is A Good Thing” (Luke Bryan), “Gimmie That Girl” (Joe Nichols), “All About Tonight” (Blake Shelton), and “All Over Me” (Josh Turner). Davidson also received multiple BMI Awards this year with additional chart-toppers including “Start A Band” (Brad Paisley/Keith Urban), “Put A Girl In It” (Brooks & Dunn), “Honky Tonk Badonkadonk” (Trace Adkins), and “Barefoot and Crazy” (Jack Ingram).

Davidson recently appeared in the TODAY Show Weekend’s “Secrets of Songwriters” special to talk about the tricks of his craft and was also awarded the CMA Triple Play Award earlier this year for “Rain Is A Good Thing,” “That’s How Country Boys Roll” and “Gimmie That Girl.”

This event has been canceled (12/13): Toolpusher recording artist Jason Sturgeon will host “Jason Sturgeon and Friends,” benefiting Nashville’s Toys For Tots on Monday, December 13. The show, featuring Sturgeon with guests Matt Stillwell, Andy Griggs, and Sherrie Austin takes place 6-7:30 pm at The Listening Room. Attendees are asked to bring new toys, unwrapped, for Toys For Tots and a chance to win a $250 gas card.

Toys For Tots will get a second dose of holiday love on December 16 when the Women’s Music Business Association hosts its 6th Annual Tunes For Tots Benefit from 6:30-8:30 pm at Red Rooster. Wil Nance, Bo Bice, and Ty Brown are scheduled to perform. Admission is free with an unwrapped present or a donation to Toys For Tots.

The Music City Community Chorus will perform its annual free winter concert to benefit the Second Harvest Food Bank of Middle Tennessee, 7:30 pm on December 16 at the Cathedral of the Incarnation. Under the direction of vocal coach Renee Grant Williams, this year’s selection will be Rachmaninoff’s All Night Vigil. Audience members are asked to bring canned and non-perishable items for donation. 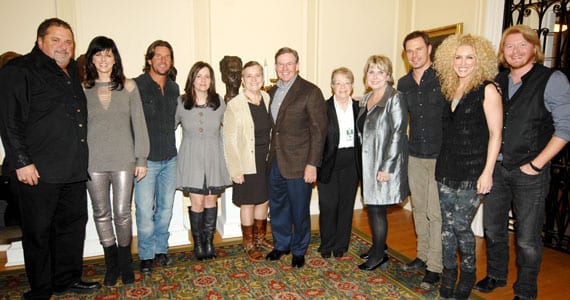 Bob DiPiero, Brett James, Little Big Town and Lori McKenna headlined the most recent CMA Songwriters Series, held in the Coolidge Auditorium of the Library of Congress in Washington, DC on December 4. This was the second CMA-produced songwriters event held at the Library in 2010, with plans in the works for another one in Spring 2011. (L-R): DiPiero; Little Big Town’s Karen Fairchild; James; McKenna; Library of Congress’ Chief of the Music Division Sue Vita; Pres./CEO The Smith-Free Group and CMA Ex-Officio Board Member Jim Free; Library of Congress’ Head of Acquisitions and Processing Section Denise Gallo, Ph.D; Special Asst. to the Librarian of Congress Suzanne Hogan; and Little Big Town’s Jimi Westbrook, Kimberly Schlapman and Phillip Sweet. Photo: Mitchell Layton 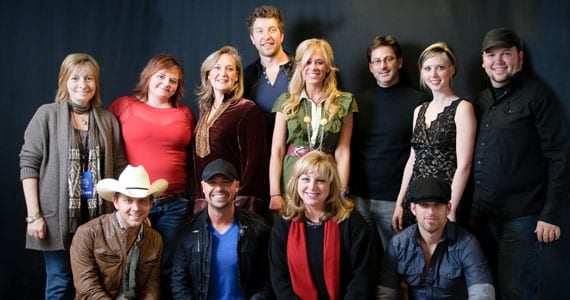 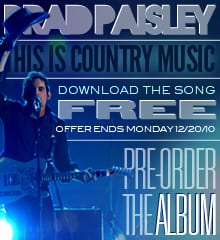 Brad Paisley’s “This Is Country Music” had a big platform when he debuted it at the 44th Annual CMA Awards in November, and it is already rapidly climbing the charts. It will also be the title track to the newly crowned CMA Entertainer of the Year’s new album, which is due out April 19, 2011. Paisley will be offering the song as a free download at www.thisiscountrymusic.com for one week beginning Monday, December 13.

Fans visiting the site will also have the opportunity to pre-order This Is Country Music, which will grant access to exclusive content before the album’s release. The digital single for “This Is Country Music” will be available for purchase at digital retailers and thisiscountrymusic.com on December 21. 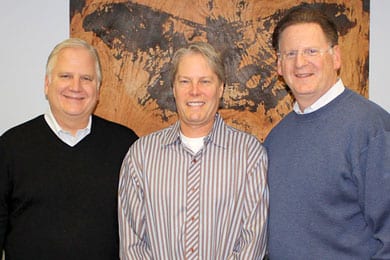 The agreement establishes Warner/Chappell’s first Nashville production music operation and expands their presence in the sector of the music publishing business. As part of the agreement, 615 Music’s team of producers and composers will continue to create library content that will be owned, exclusively marketed and distributed by Warner/Chappell.

In making the announcement, Brian Roberts, Senior Vice President and Chief Financial Officer, Warner/Chappell Music said, “We are delighted to welcome 615 Music founder Randy Wachtler to our management team and look forward to the addition of the talented 615 Music Nashville group as they bring their unique sound and energy to the Non-Stop Warner/Chappell family.”

Wachtler commented, “I’m extremely excited to join the Warner/Chappell family and work with Brian Roberts and Randy Thornton, as well as Warner/Chappell’s Chairman and CEO, David Johnson. I’ve known Randy Thornton for over 20 years through my work at the Production Music Association and I am thrilled we’ll be working together on the same team.”

Randy Thornton, CEO, Non-Stop Music said, “615 Music is an incredible force in the music production space with a long roster of impressive clients, particularly in the broadcast television promotion and news arena. This is an exciting and wonderful way to walk into the New Year and we couldn’t be more pleased.”

For more than 25 years, 615 Music has worked for network and cable clients and earned countless prestigious awards. The company is one of the world’s leading providers of production music to the entertainment, broadcast, advertising, and corporate industries, and is the recent recipient of an Emmy Award for “Outstanding Original Song” for NBC’s Today Show.