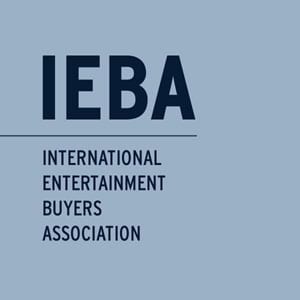 “Our attendees can’t wait to see who APA will showcase each year, and they never disappoint.” says IEBA Executive Director, Tiffany Davis. “They always set the bar high and get everyone pumped for the night!”

“The CAA showcase is always a much anticipated performance,” added Davis. “The agency has been a great partner of ours for many years, and we always look forward to their talent.”

Over 500 of the live entertainment industry’s top decision makers are expected at this year’s conference. Last year the organization celebrated its 40th anniversary with record-breaking attendance and top-notch performances.

Lifetime Achievement for Songwriter—Songstress Lucinda Williams continues to make musical inroads as an artist, performer and celebrated tunesmith with her roots-grounded sound, influencing countless others along the way.

Lifetime Achievement for Performer—Living legend Gregg Allman has captivated audiences since his early days with The Allman Brothers Band, and continues to lead the charge of genre-melding Southern-bred rockers.

Lifetime Achievement for Instrumentalist—Dobro master Jerry Douglas is equally revered for his solo work, session playing, and as a longtime member of Alison Krauss and Union Station.

Trailblazer Award—Bob Harris is a celebrated radio host and journalist who advocates exceptional artistry via shows on the BBC and other outlets.

The Honors & Awards is the capstone event of the Americana Music Association’s Festival and Conference presented by Nissan, running October 12-15 in Nashville. Jim Lauderdale will again serve as master of ceremonies for the Honors & Awards, while Buddy Miller will lead an all-star house band. Among the other artists attending are Robert Plant and the Band of Joy, Hayes Carll, The Civil Wars, Elizabeth Cook, Justin Townes Earle, Jessica Lea Mayfield, The Secret Sisters, and more to be announced.

A limited number of awards show tickets, $35 and $65, are available through the Ryman Box Office or ryman.com.

Full Festival & Conference registration includes access to all panels and presentations, the revamped exhibit hall, invitations to all sanctioned parties, a ticket to the Honors and Awards Show, and priority admission to the evening performances. Registration is currently $350 for AMA members and $450 for non-members at americanamusic.org. At Thirty Tigers, Buie brings with her management client Jessie Baylin, who is set to release new album Little Spark on Jan. 17, 2012.

“Leaving Lost Highway was one of the hardest decisions of my career,” explains Buie, “but as our industry changes, it became time for me to be part of that change. Joining Thirty Tigers is enabling me to do what I love—to work closely with the art. It also allows me to work with artists in a different way, by empowering them to build and control the lion share of their business, and that excites me.” Buie notes she has enjoyed working under Luke Lewis at Lost Highway, Jimmy Bowen at MCA and Liberty, and Chris Blackwell at both Island and Palm Pictures.

“Jeremy has spent the past 3½ years working in various capacities, within the firm, ranging from publicity to heading up the television department to traveling on tour with clients. He has learned all aspects of the company, shown company loyalty, and has earned the trust of the managers and clients we represent,” says Webster. “The promotion is well deserved!”

Billye Brown joins the firm as Executive Associate to Kirt Webster having spent the past 17 years as Executive Assistant to the Corporate Affairs Department, which included Communications and Public Relations, at Cracker Barrel Old Country Store. Details about Miranda Lambert’s new album Four The Record, due out Nov. 1, are starting to emerge.

“I’m so ready for the fans to hear it,” says Lambert. “‘Baggage Claim’ is such a groovy song and I’m glad it’s the first single. But just like Revolution, not one song represents the whole album. There are ‘All Kinds Of Kinds’ of music on the record, and I’m so excited for it to get out there.”

Lambert wrote or co-wrote six of the album’s 14 tracks, including the current single “Baggage Claim,” which features Josh Kelley singing backup and Steve Winwood on B-3 organ. The song has become one of the fastest rising of Lambert’s career and is currently at No. 14 on MusicRow’s CountryBreakout Chart. Another highlight is a duet with husband Blake Shelton on “Better In The Long Run,” which was penned by Pistol Annies bandmate Ashley Monroe, Lady Antebellum’s Charles Kelley and Gordie Sampson. Lambert’s friend Brandi Carlile wrote the song “Same Old You,” on which she also provided backing vocals.

“To me, part of having a long career is to keep reinventing yourself, keep reinventing your music, and make it fresh,” adds Lambert. “And it’s kind of crazy to think that I’m on my fourth record, and after what Revolution did for my career, I was nervous, but what am I gonna do? So I just started writing, started collecting songs, finding songs, and listening to artists, and I just found that I’m gonna just let the music lead it. I just think I followed my heart.”

A Limited Deluxe Edition of Four The Record will also be available on release day, and includes a bonus song as well as a DVD featuring Miranda sharing stories behind each song. 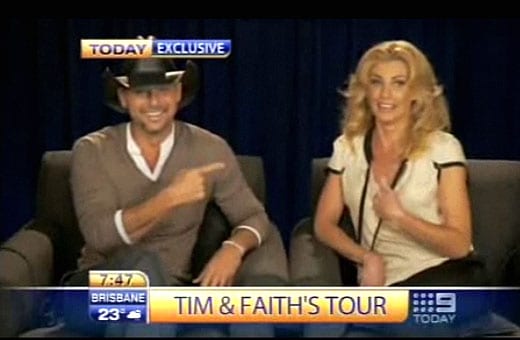 McGraw and Hill appeared on the Australia edition of "Today" to make the exclusive announcement. Here they are laughing as McGraw points to his wife is the "biggest star" of the pair, and Hill says no she is the family cook. Click to watch.

Tim McGraw and Faith Hill are going Down Under, touring Australia together for the first time. The 2012 tour includes seven concerts, which run through the entire month of March.

The couple is the latest in a slew of country artists mounting their first tours to Australia, including Alan Jackson and Lady Antebellum.

The Australia 2012 tour will be a six-date run with a two-night residency in Brisbane. Additionally, the pair will headline at CMC Rocks the Hunter. The first show launches at Perth’s Burswood Dome on March 14, 2012.

It’s been five years since McGraw and Hill hit the road together.

Presale tickets are available through Tim McGraw’s Official Fan Club, which can be joined at www.McGrawFan.com. 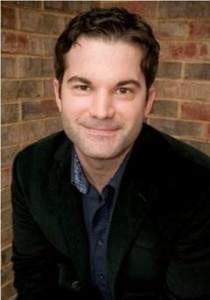 InstiGator Entertainment has tapped Glenn Noblit to serve as Director of Promotion for the new company. From his base in Longview, Texas, Noblit will report to Pres. Gator Michaels.

Noblit brings 12 years of radio promotion experience to his new post, including most recently working with Michaels at Davis Music Group where he was National Director of Radio Promotion and Marketing. Noblit has also served as Director of Southwest Regional Promotion at Warner Bros. Nashville, and National Director of Promotion at Lost Highway Records. His resume includes time as a promotion executive at Young-Olsen & Associates and AristoMedia’s Marco Promotion. He is a graduate of Belmont University’s music business program.

“Glenn is one of the best in the business,” said Michaels. “I have been fortunate to work with him for more than a decade and I’m proud to welcome him to the InstiGator team!”

“Gator’s vision, expertise and leadership are unmatched in this ever-changing industry,” added Noblit. “I plan on bringing an immense amount of passion, energy and commitment to our clients and country radio friends, teaming with them for much success. I’m fired up and ready to get started.” 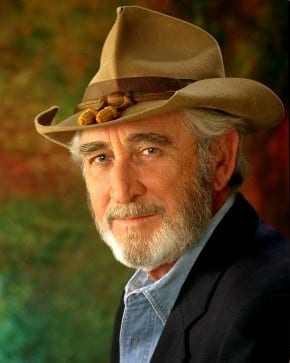 ASCAP will honor country music star Don Williams with the prestigious ASCAP Golden Note Award during its 49th Annual Country Music Awards, taking place on Sun., Nov. 6, 2011 at Nashville’s Gaylord Opryland. The invitation-only event will also honor the songwriters and publishers of ASCAP’s most performed country songs from April 1, 2010 through March 31, 2011, and present awards for Songwriter of the Year, Songwriter/Artist of the Year, Song of the Year and Publisher of the Year.

Commenting on the award to Williams, ASCAP President and Chairman Paul Williams said, “Don is one of country music’s most successful performers of the past four decades. His knack for finding songs that speak directly to people’s hearts has earned him millions of fans worldwide. He is a true international country music star, and we are very proud to honor him with ASCAP’s Golden Note Award in recognition of his extraordinary career.”

Texas-born recording artist and songwriter Don Williams has enjoyed 45 Top Ten hits and 17 No. 1 singles. Williams’ career stared as a member of the mid-1960’s folk-pop trio, the Pozo-Seco Singers. His self-penned hits include “The Shelter of Your Eyes,” “Lay Down Beside Me,” “Love Me Over Again,” and his collaboration with Wayland Holyfield, “Till the Rivers All Run Dry.” Williams is closely associated with songwriters Bob McDill (“Amanda,” “It Must Be Love”), Holyfield (“You’re My Best Friend,” “Some Broken Hearts Never Mend”) and Danny Flowers (“Tulsa Time”), recording hit versions of their songs. Despite a well-known aversion to the spotlight, Williams has risen to international fame. His enduring place in music was recognized in 2010 with his election to the Country Music Hall of Fame. 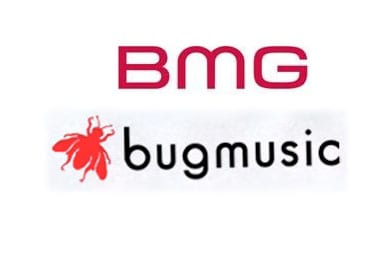 BMG Rights Management has entered into an agreement to acquire Bug Music.

Last week, reports pegged the sale to be valued at about $300 million. Financial terms of the transaction were not disclosed. The deal is expected to close by October.

BMG has been gobbling up other publishers in recent years, including Cherry Lane, Crosstown, S1 Songs, Stage Three, and EverGreen Copyrights, as well as a merger with Chrysalis Music.

Bug Music is a leading independent music publisher. Founded in 1975 and headquartered in Los Angeles, Bug Music currently owns and/or manages copyrights, including evergreen classics and contemporary hits such as “Fever,” “What a Wonderful World,” “I Walk the Line,” “Summer in the City,” “The Real Slim Shady,” “Who Are You?,” “Under the Boardwalk,” and “The Passenger.”

“With the acquisition of Bug Music and its vast collection of evergreen and contemporary compositions, BMG further establishes itself as a leading music rights management company,” said Hartwig Masuch, CEO of BMG Rights Management. “We look forward to working with Bug Music’s exceptional roster of artists and songwriters.” George Jones celebrates his 80th birthday Monday, Sept. 12, and The Grand Ole Opry will host a special celebration for him during the Tuesday night Opry Sept. 13.

Radio listeners can also win tickets to Jones’ Grand Ole Opry birthday celebration by tuning into Nashville’s 650 AM WSM on Sept. 12. The broadcast can be heard worldwide from www.wsmonline.com and will feature a Jones classic every hour from midnight to 7 p.m.

Along with the concert, The Opry invites fans to submit their recipes for the Opry’s Birthday Bash Dessert Contest through the Opry’s Facebook page. The three recipes with the most votes will be prepared by a professional chef and judged by Jones on Sept. 13. The winner will receive a grand prize trip to the Opry’s Birthday Bash in October. The new Opry Backstage Grill may also choose to feature the dessert on their menu.