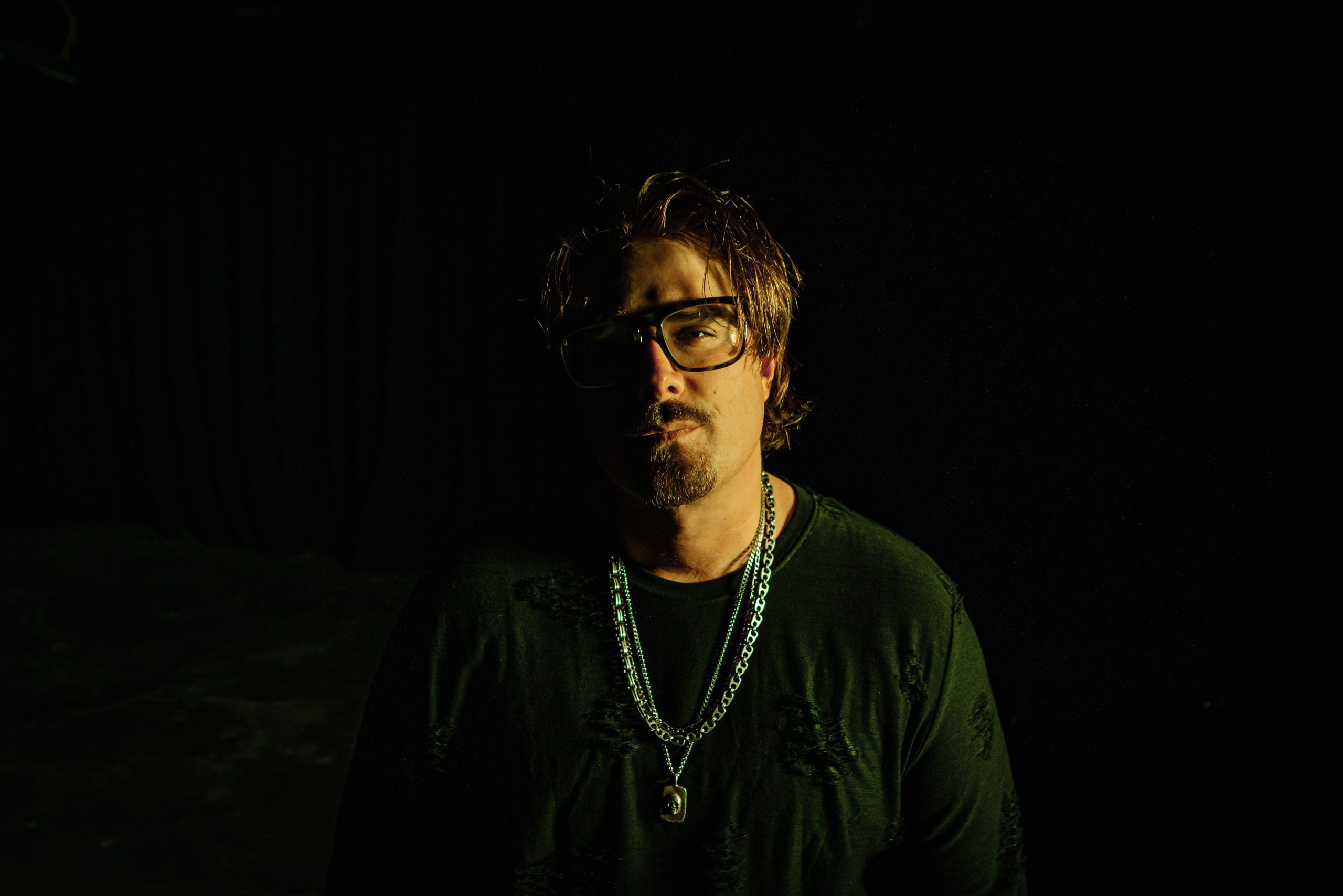 Music City—the beloved nickname of Nashville, Tennessee—has never felt like a more appropriate moniker for the bustling musical metropolis than it has become in recent years.

Though primarily famous for its outpouring of country and folk music, fit with the acoustic guitars, fiddles, mandolins and more to match, the rapidly expanding city has also served as home to a variety of other genres and sounds over the last century, including jazz, blues, reggae, R&B, rap and even some more recent experiments with K-pop.

Over the last couple of years, though, Music Row has doubled down on fostering Nashville’s growing rock community as labels like Big Machine and Big Loud have opened up rock-specific imprints. As Music City continues to evolve and expand, artists from all over have begun blending the lines between the plethora of sounds found around town, creating and embracing a genre of music all their own. 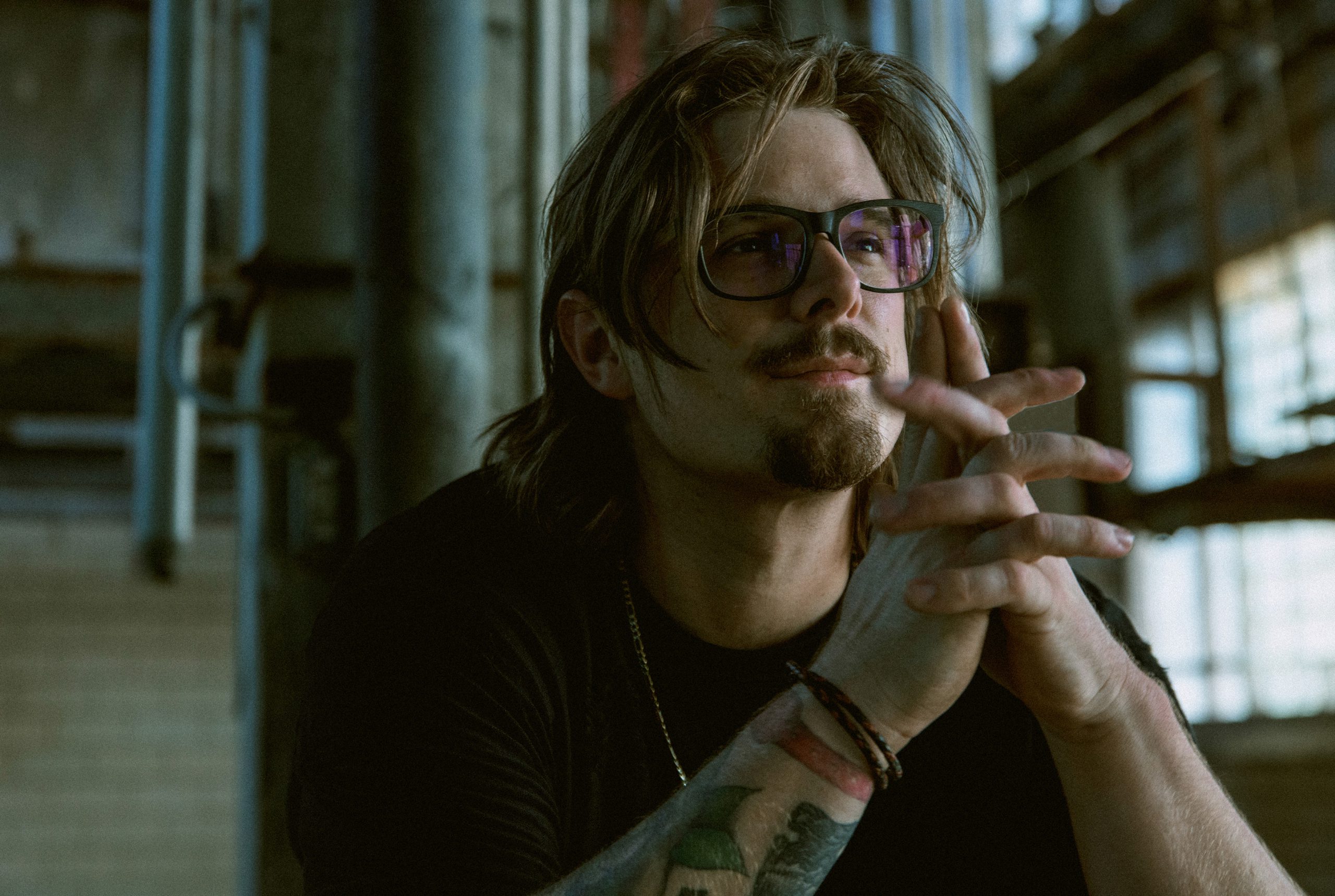 Better known by simply his last name, Hardy has been paving his own lane since first entering the scene in 2018 when he signed with Big Loud Records. In addition to establishing himself as one of country’s most in-demand songwriters, the Mississippi native has also made waves with his own music.

Since releasing his 2020 debut album, A Rock, Hardy has undoubtedly displayed a unique sound that pushes the boundaries of country music and borders on the fringes of alternative rock. Over the last two years, the reigning ACM Songwriter of the Year has also dropped a couple of rock-leaning songs, including 2022’s “Sold Out,” as well as a stirring cover of rock band Puddle Of Mudd‘s “Blurry.”

As Hardy was busy indulging the rock influences of his adolescence, he was unintentionally prepping for what would become his newest project, The Mockingbird & The Crow. 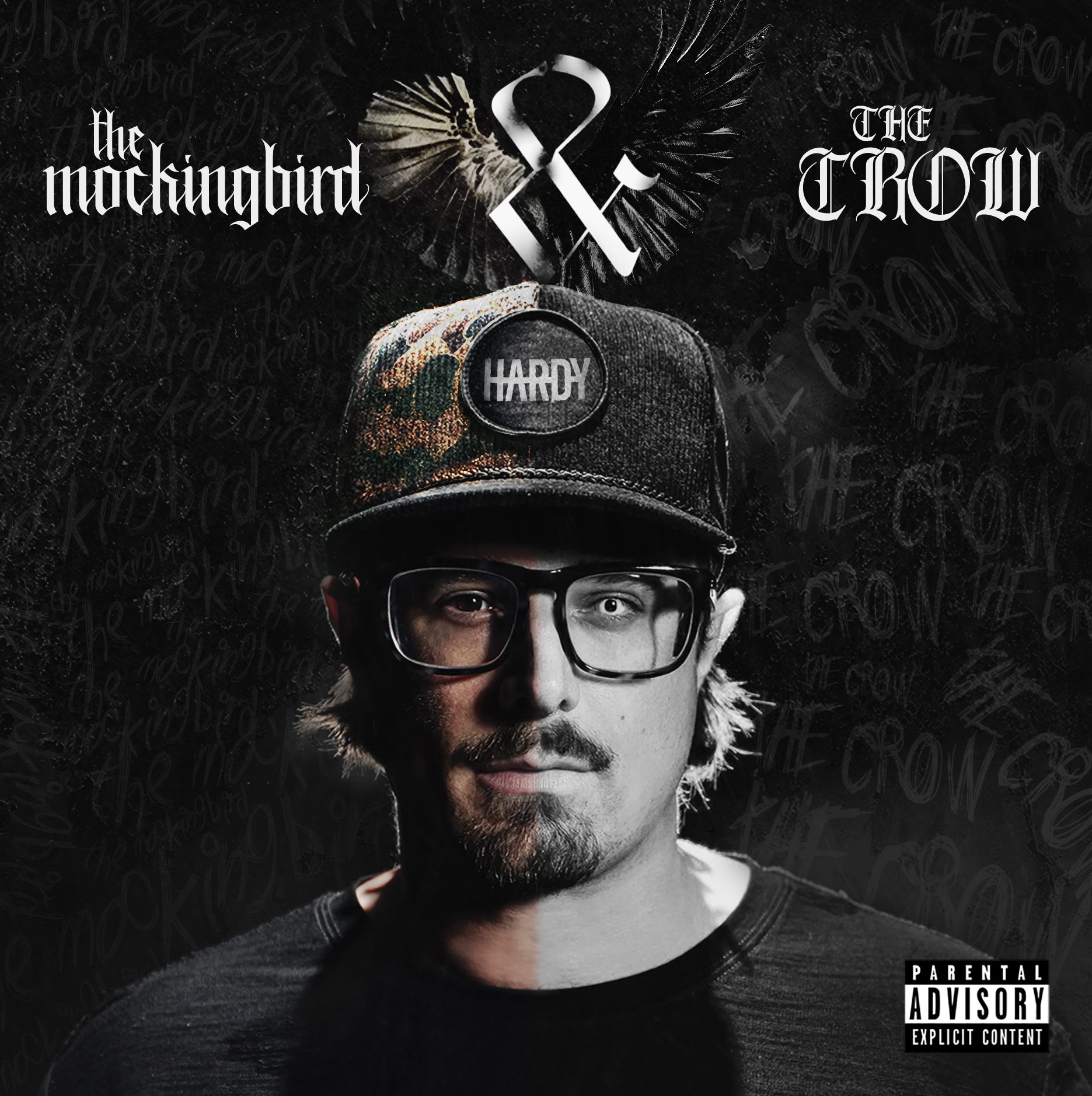 But Hardy didn’t originally set out to make his second album with this unique concept in mind. On the other hand, it was quite serendipitous.

“It was a very gradual process, and it was unintentional,” Hardy shares with MusicRow. “Once my management and label told me to start thinking about record two, I definitely didn’t sit down and say, ‘I want to do a half country, half rock record.’

“I wrote ‘Jack’ and turned it in thinking it would be cool for the next project. Then I wrote ‘I In Country’ and turned that in, then I wrote ‘Kill Sh!t Till I Die,’ then ‘Screen.’ It just kept going back and forth until I had 10 songs on hold, and half of them were rock and half were country.” He recalls, “We all looked at each other and said, ‘Maybe we should do this half and half thing.’ It was really organic and I think that took the pressure off of writing songs… It made it a lot more fun.”

A decorated songwriter who has celebrated an impressive 12 No. 1 singles since 2018, Hardy is unsurprisingly credited on each of the album’s 17 tracks, as well as 23 co-writers, who he explains make up his “core group of collaborators.”

Within The Mockingbird & The Crow, the 2022 BMI Country Songwriter of the Year is joined by some of Music City’s writing royalty, such as Ashley Gorley, Rhett Akins, David Garcia, Hillary Lindsey and more, as well as some of Nashville’s newer hitmakers, including Hunter Phelps, Jessie Jo Dillon, Jordan Schmidt, Ben Johnson, Renee Blair, Matt Dragstrem, Brett Tyler, Will Weatherly and others. 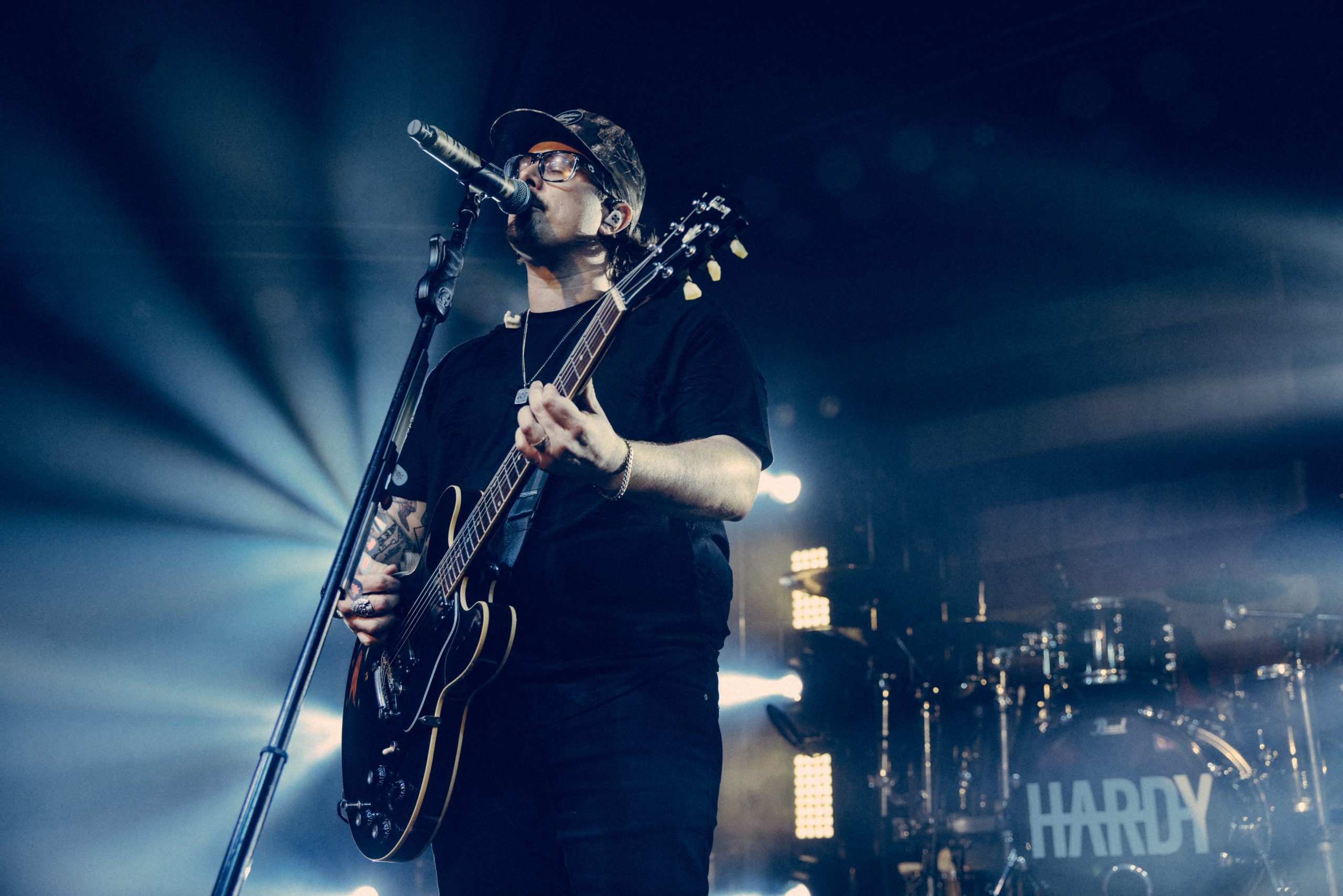 “Everybody that I love collaborating with the most has a song on the record,” the 2x AIMP Songwriter of the Year notes. “There’s a few of those people that I truly love writing with and I have hits outside of myself with those people, too. They’re people that I write well with.” He continues, “They bring out the best in me and they throw out stuff that my brain would have never thought of. They make me a better writer in general and they inspire me every day.”

Though there are nearly two dozen writers throughout the record, there is one song that sees Hardy put pen to paper on his own.

Found on the project’s country side, “Happy” personifies the idea of happiness in a rather rudimentary way. Giving happiness character and boiling it down, the track slightly touches on mental illness while also pumping some hard-learned optimism into the lyrics. The track marks Hardy’s first solo country write in a decade.

“‘Happy’ is really special to me,” he admits. “I hadn’t written a country song by myself since 2013 when I wrote a song called ‘Dog Years.’ That was a song that essentially got me my first publishing deal, so [‘Happy’] is really special in a lot of ways.” He adds, “I’m also just really proud of the song and the message that it has. I’m stoked to have a song I wrote by myself on this record, and hopefully it will inspire me to do more of that. It’s good to challenge yourself and see if you can try to get something great with just your own brain.” 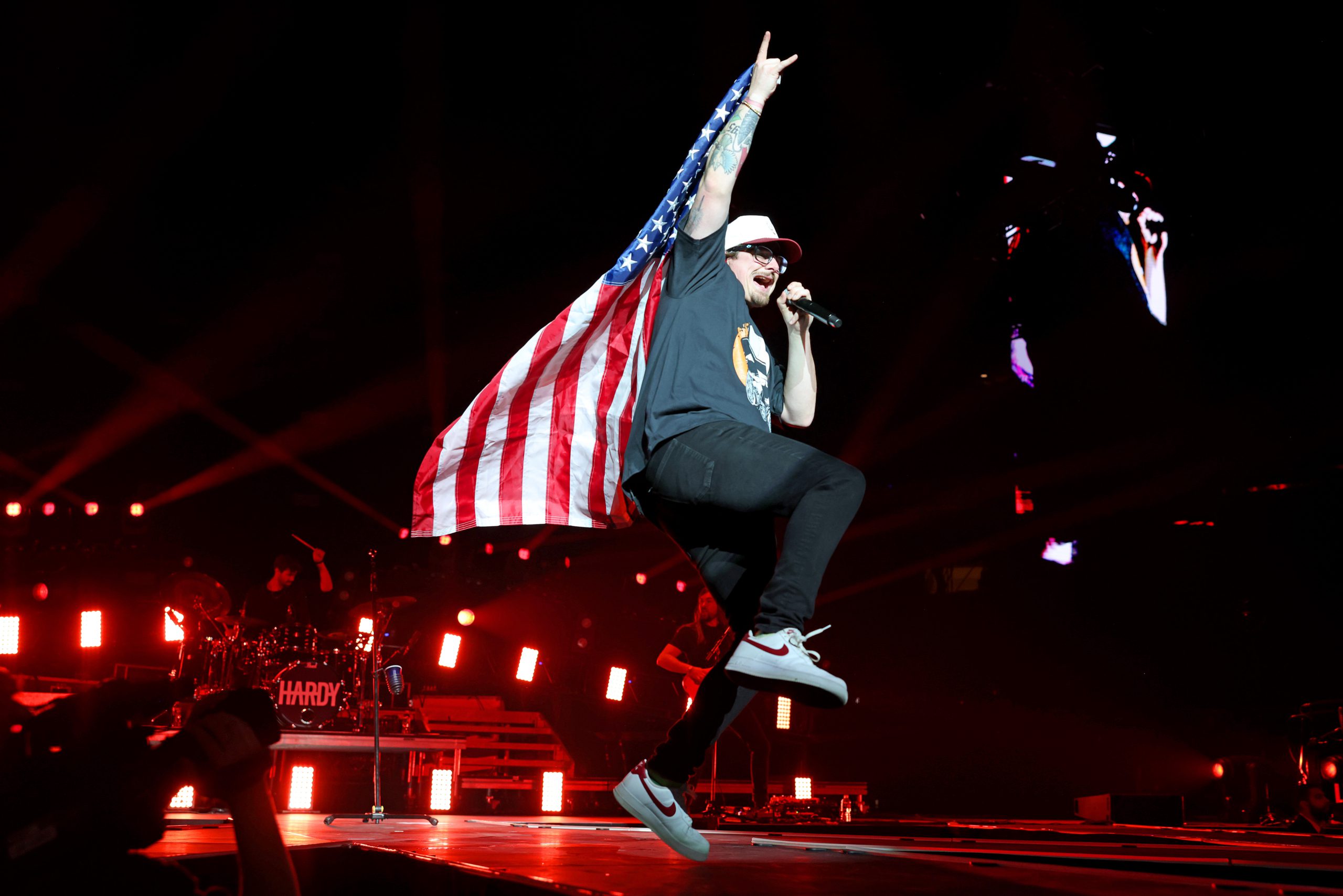 Elsewhere on the album’s first half, the CMA award-nominated entertainer offers up some classic country concepts. Whether it’s the love letter of sorts written from the perspective of beer on the opening track, the thought-provoking “Here Lies Country Music” taking on the form of a eulogy, his take on a traditional story-song alongside Lainey Wilson on “Wait In The Truck,” or his deliverance of some of country music’s signature patriotism on the hit-bound “Red” with labelmate Morgan Wallen, Hardy brings out all the bells and whistles that Nashville and country music are synonymous with.

One of the core standouts on The Mockingbird is undeniably “Screen.” Cleverly written alongside Dillon, Dragstrem and Phelps, Hardy makes a familiar statement with a simple but powerful acoustic backdrop. Opening with depictions of some of the sobering images that have become commonplace in our culture these days, “Screen” brings a much needed breath of fresh air as it reminds us of the beauty at work all around us if we just look up.

“A lot of these songs have a deep message and speak on humanity and where we are in the world, and there’s a lot to unpack with ‘Screen,’” he explains. “I don’t want it to ever come off judgy because I’m just as guilty as anybody else, but I would love for people to take a second and say, ‘Damn, I look at my phone a lot when there’s a lot of beautiful world going on out there.’ Hopefully, that song really conveys that message to everybody.” 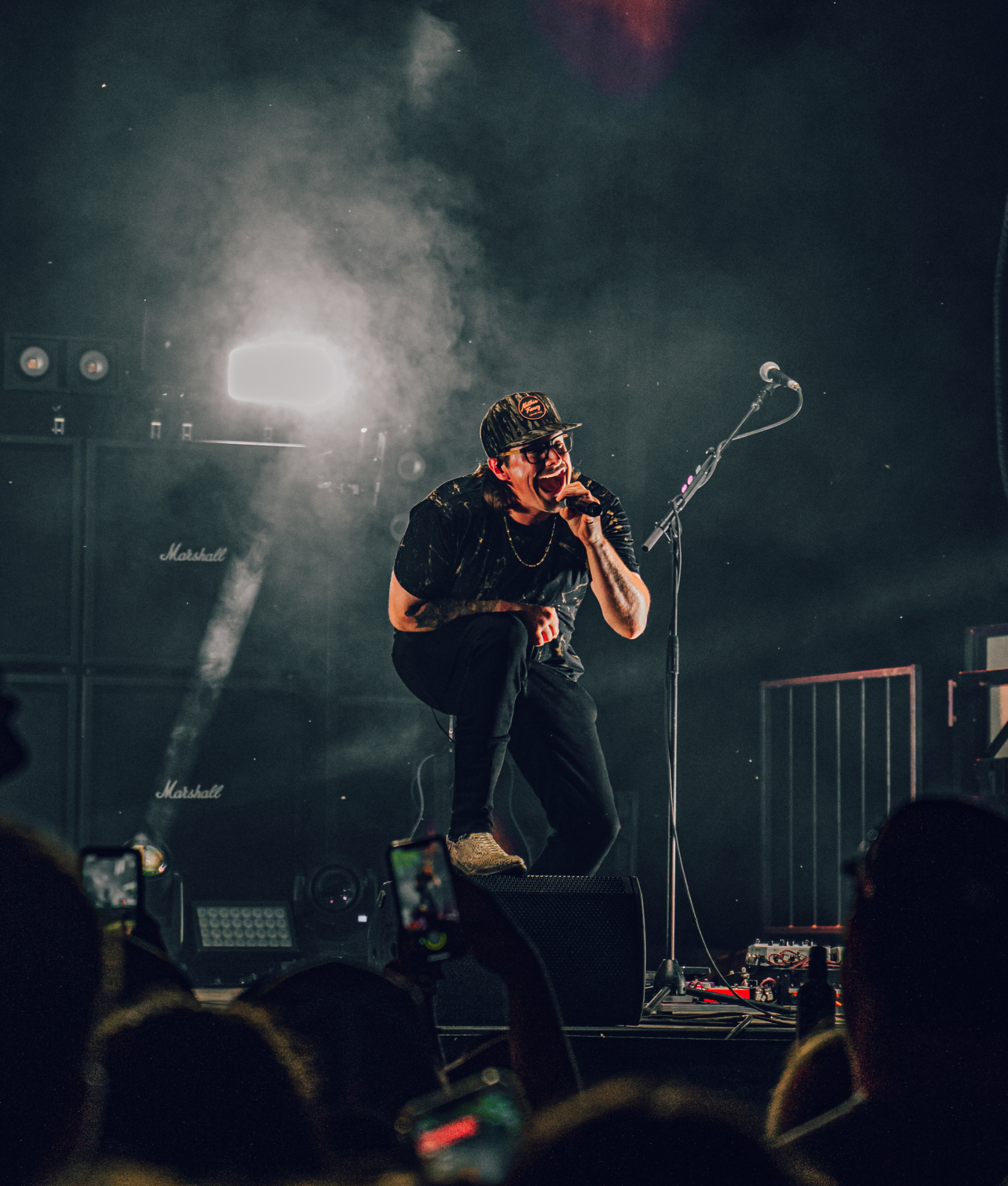 Conversely, on the record’s second half, Hardy breaks out some of the heavy-hitting production and edgy vocals often associated with the alternative rock space. On The Crow, you’ll find the intentionally chaotic “Jack,” which touches on the weight and isolation associated with addiction and alcoholism; “.30-06,” which could be sonically reminiscent of iconic band Blink-182; the quintessential modern rock song in “I Ain’t In The Country No More;” and the arena-ready anthem of “The Redneck Song,” which is just begging to be played as an encore.

The Crow also sees Jeremy McKinnon, lead singer of veteran band A Day To Remember, lend his vocals on a track called “Radio Song” that once again sees the convergence of the album’s two genres. Serving as one of the most gleefully confusing songs in recent memory, McKinnon delivers some spoken word verses behind rock production while Hardy provides a definitively country chorus.

With the project now circling out into the stratosphere and beyond, Hardy hopes that the heart behind the groundbreaking record doesn’t get lost. Though it isn’t an inherently country album through and through, The Mockingbird & The Crow truly captures the multi-faceted and nuanced nature of the rising singer-songwriter.

“I’m obviously trying to push my own boundaries and I guess ‘crossover’ a little bit into rock ‘n’ roll, if you will, but I also want people to know that I’m not leaving country music by any means,” Hardy sums. “The record is not an announcement that I’m exiting country music, but I think it really describes who I am as a person. Every song goes through what’s going on inside my brain—the thoughts that I have, the way that I grew up, the music I listen to, and my values. It’s just an all-encompassing encapsulation of who I am as a person.”

Among his biggest hopes for this album, Hardy shares, is to spawn a No. 1 on both country radio and rock radio. With “Jack” currently sitting in the top 15 at rock radio and its country counterpart “Wait In The Truck” residing in the top 10, the Mississippi boy’s dream may just become a reality. 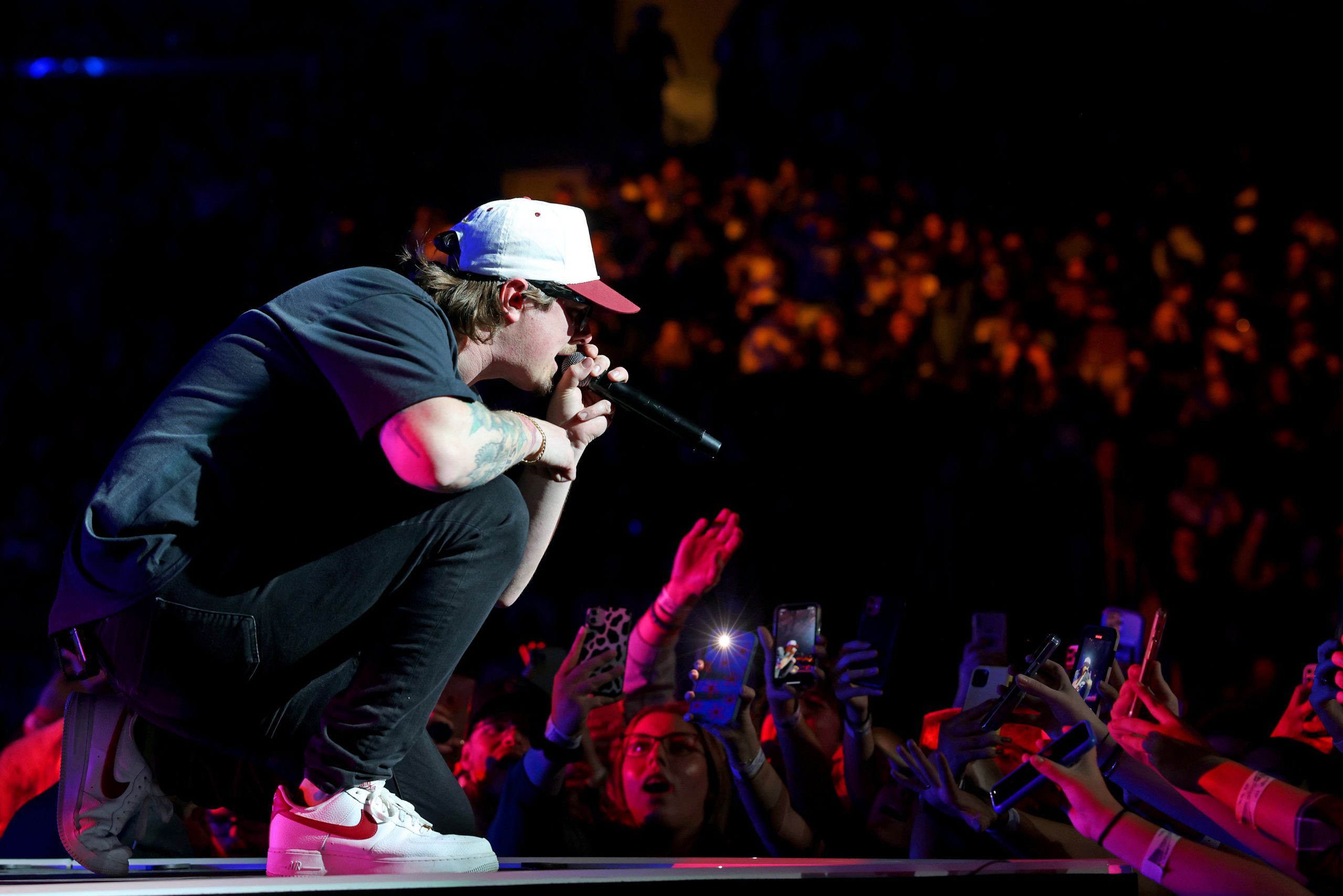 “A big goal of mine is to have a hit in both genres.” He adds, “That would be really cool, especially on rock radio. That, to me, is a full seal of approval from the rock ‘n’ roll community. The fact that I have been so accepted in that means a lot, and to have a hit at rock radio would be a huge milestone for me as an artist.”

As he begins this new chapter of his artistry, Hardy will ring in his album release with a special, double-header concert event on Jan. 23 in LA as he plays each of the record’s halves at two iconic venues—The Mockingbird at the Troubadour and The Crow at The Roxy.

He will later embark on his sold-out “The Mockingbird & The Crow Tour” on Feb. 16 in Indianapolis. Spanning across 16 dates, the trek’s support will also reflect the nature of the album as country singer-songwriter Jameson Rodgers and rock risers Blame My Youth come along for the ride.

Hardy’s one part country and one part rock concoction is available everywhere now.