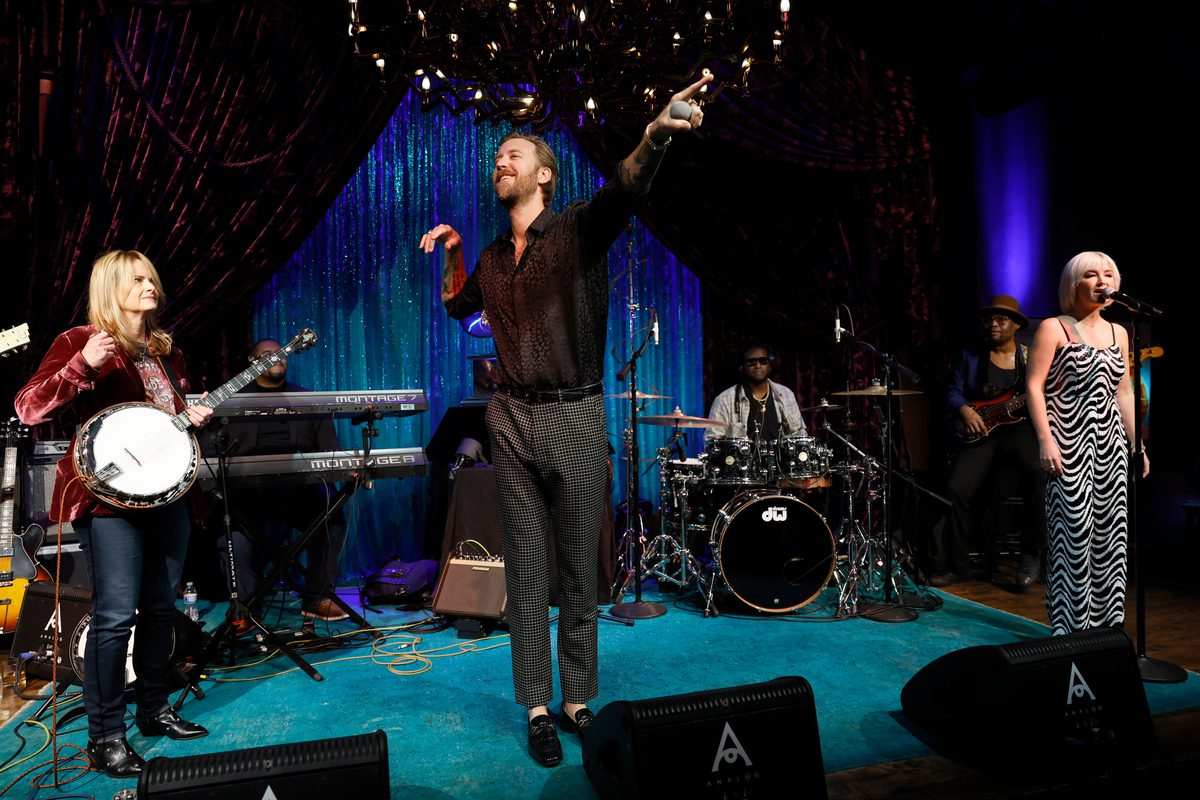 That sound you heard echoing on West End Avenue last night (Jan. 18) was the sound of love.

If you were anywhere near The Hutton Hotel’s Analog nightclub you could feel the vibe. Music filled the room and spilled out into the hallways of the venue. And if it wasn’t the music you heard, it was the unmistakable din of the schmoozing fabulous of Music Row.

The occasion was Nashville’s annual Grammy Nominees Party, and it might have been the best one yet. This year, the Nashville Chapter of the Recording Academy could boast that Music City is home to 91 nominees. 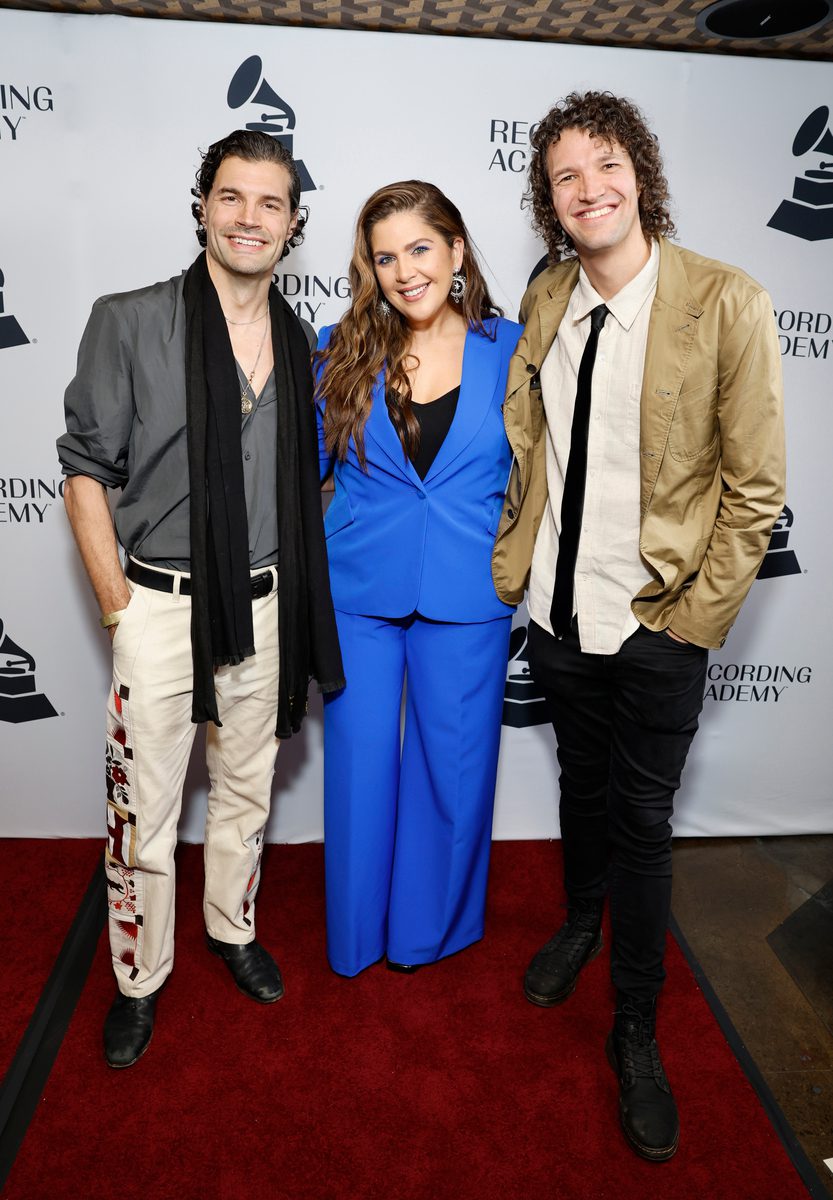 Current chapter president Ruby Amanfu greeted the crowd inside the club by reminding us all that, “We are nothing without music.”

Indeed, the first words out of her mouth were sung, “Love, Love Love…..Love, Love, Love….Love, Love, Love,” she crooned to the melody of The Beatles’ “All You Need Is Love.” She begins each board meeting of the Nashville chapter with song.

That was only the beginning. Our chapter’s brilliant Shannon Sanders put together a musical program that featured some of Nashville’s best and brightest performing iconic numbers that have all been Grammy Song of the Year winners.

Nashville native Morgxn (Morgan Isaac Karr) applied his rafter-raising tenor voice to “Stay With Me” and “Royals” with an assist by hip-hop stylist Derek Minor. The enduringly great Tommy Sims sang “Grandma’s Hands” with the addition of the gripping Southern poetry of Minton Sparks and his own “Change the World” abetted by the spoken word artistry of S-Wrap (Saran Thompson).

The performance of the night belonged to the sensationally torrid Maggie Rose, who tore the roof off the place with “Rolling in the Deep” accompanied by Alison Brown and Sanders’ uber cool house band — Rob Cureton, Marcus Perry, Tyler Cain and Jon Lucas. Brown also favored the crowd with a dazzling bluegrass banjo tune. Charles Kelley of Lady A had the finale performance with “What’s Going On,” and had everyone singing along by the time he finished, including Rose, Sanders and Amanfu. 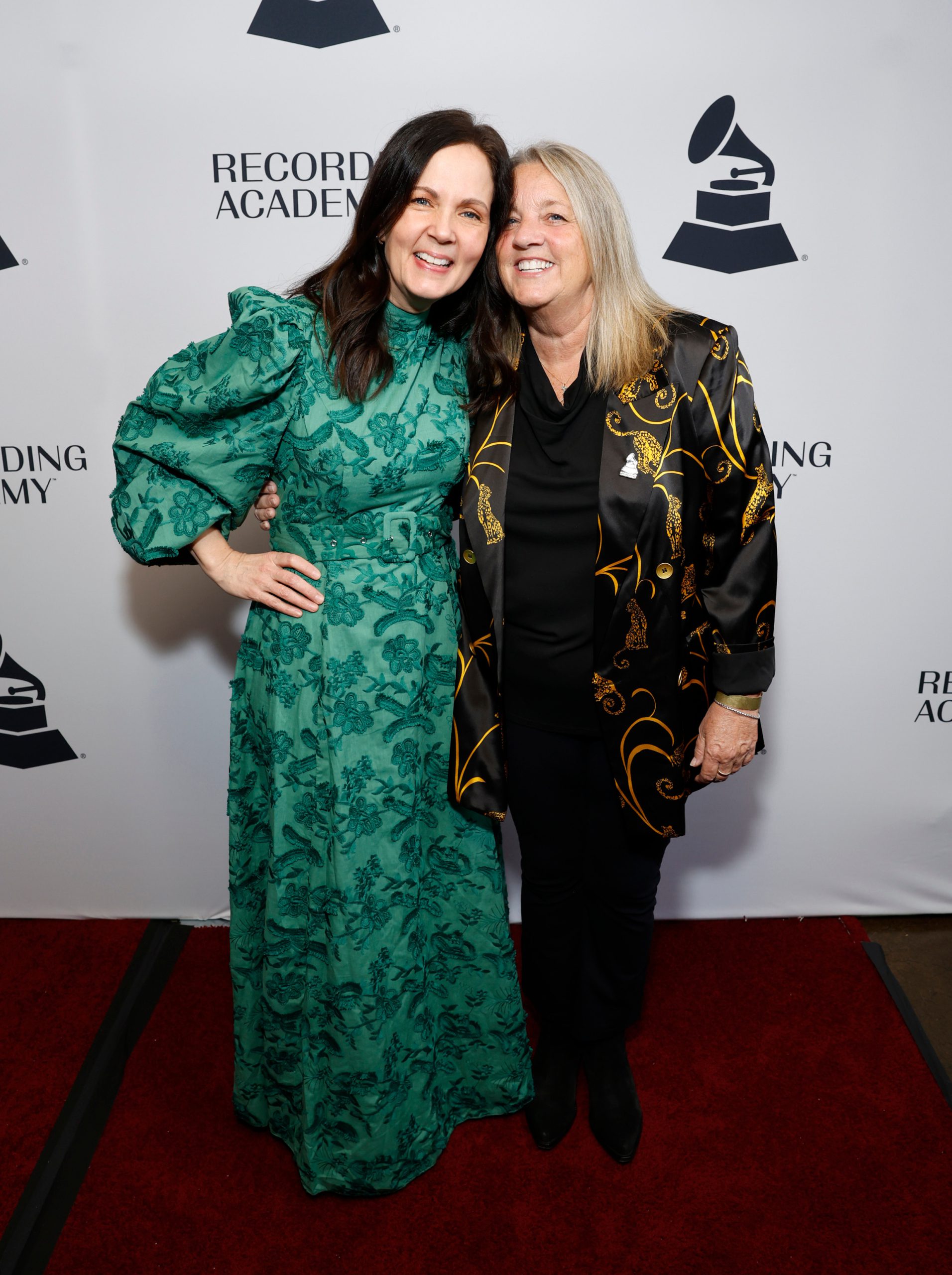 The entryway into Analog held a massive charcuterie board groaning under the weight of massed salami roses, candied pecans, brie crackers, fruits and cheeses. Opposite that was a buffet of hot chicken sliders, beef & brie sliders with onion jam and flatbreads topped by balsamic figs & goat cheese or pepperoni. The wait staff circulated with steak skewers, crab cakes, fried cheese balls, veggie skewers and Maryland-style mini crab cakes. The bartenders handled the throng with aplomb.

The room looked totally elegant. Tables held mini gerbera-daisy floral arrangements festooned with tiny “fairy lights.” The stage was artfully backed by cascades of crimson and aquamarine drapes with a multi-tiered chandelier overhead. In the center, naturally, was a jumbo golden Grammy Award.

“We’re absolutely thrilled to have everyone here,” said host-with-the-most Alicia Warwick, the senior director of the Nashville chapter. “We look at a special year for The Recording Academy.” She reminded everyone that a Grammy isn’t based on sales or chart positions. It represents your peers voting on your music.

The Grammys will air on CBS on Feb. 5. Show host Trevor Noah promoted the show on The Late Show with Stephen Colbert last night.