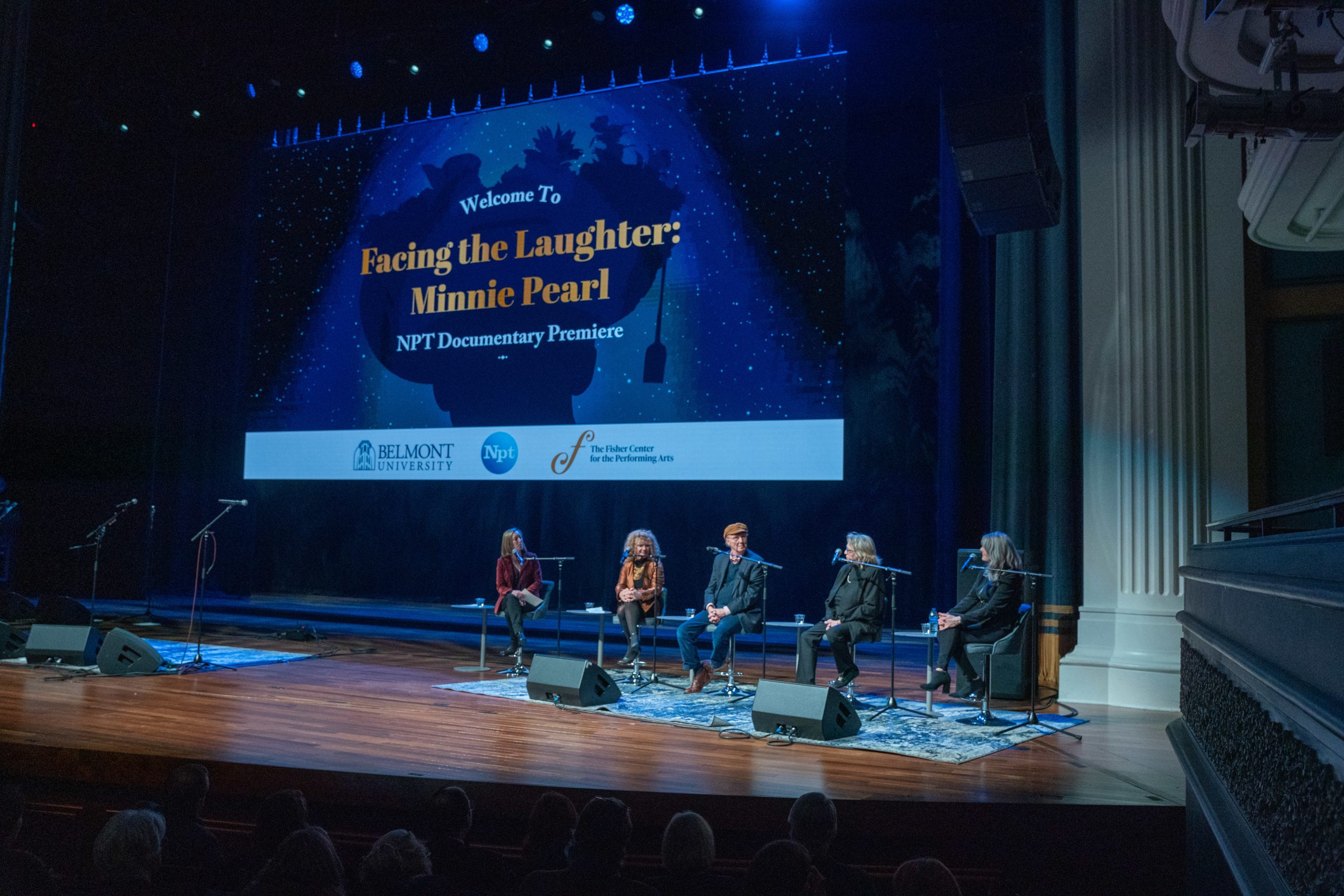 The event featured the screening of excerpts from Facing the Laughter: Minnie Pearl, the first film to explore the life and legacy of the Country Music Hall of Fame comedian. Staged at the school’s awesome new Fisher Center performance hall, the bash also included Minnie-inspired art, cuisine, music and reminiscences. 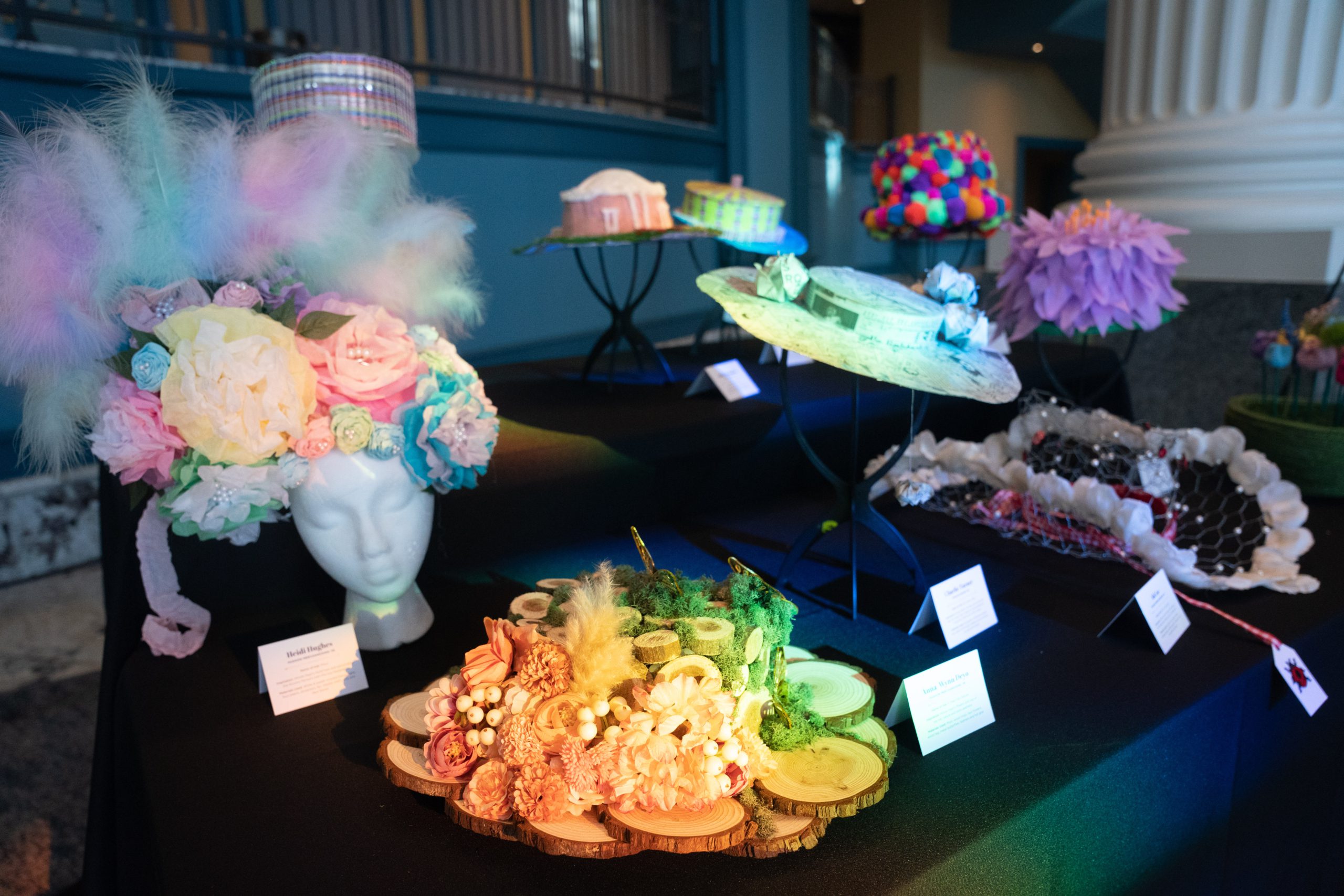 The Fisher Center’s marble lobby held displays of 35 colorfully elaborate, sculptural and floral hats designed by the university’s fashion students. These were inspired by the star’s trademark straw hat topped with fake flowers and a $1.98 price tag.

He encouraged us to enter the fabulous concert hall, where we were serenaded by the school’s fine bluegrass ensemble — Billy Ayers, Justin Blanner, Ky Brandes, Marissa Colter and Jonathan Horne, plus its female-trio vocalists Elizabeth Dewey, Sydney Lee and Michelle Raybourne. They performed next to a mini “Grinder’s Switch” set designed by their fellow student, Susie Konstans. 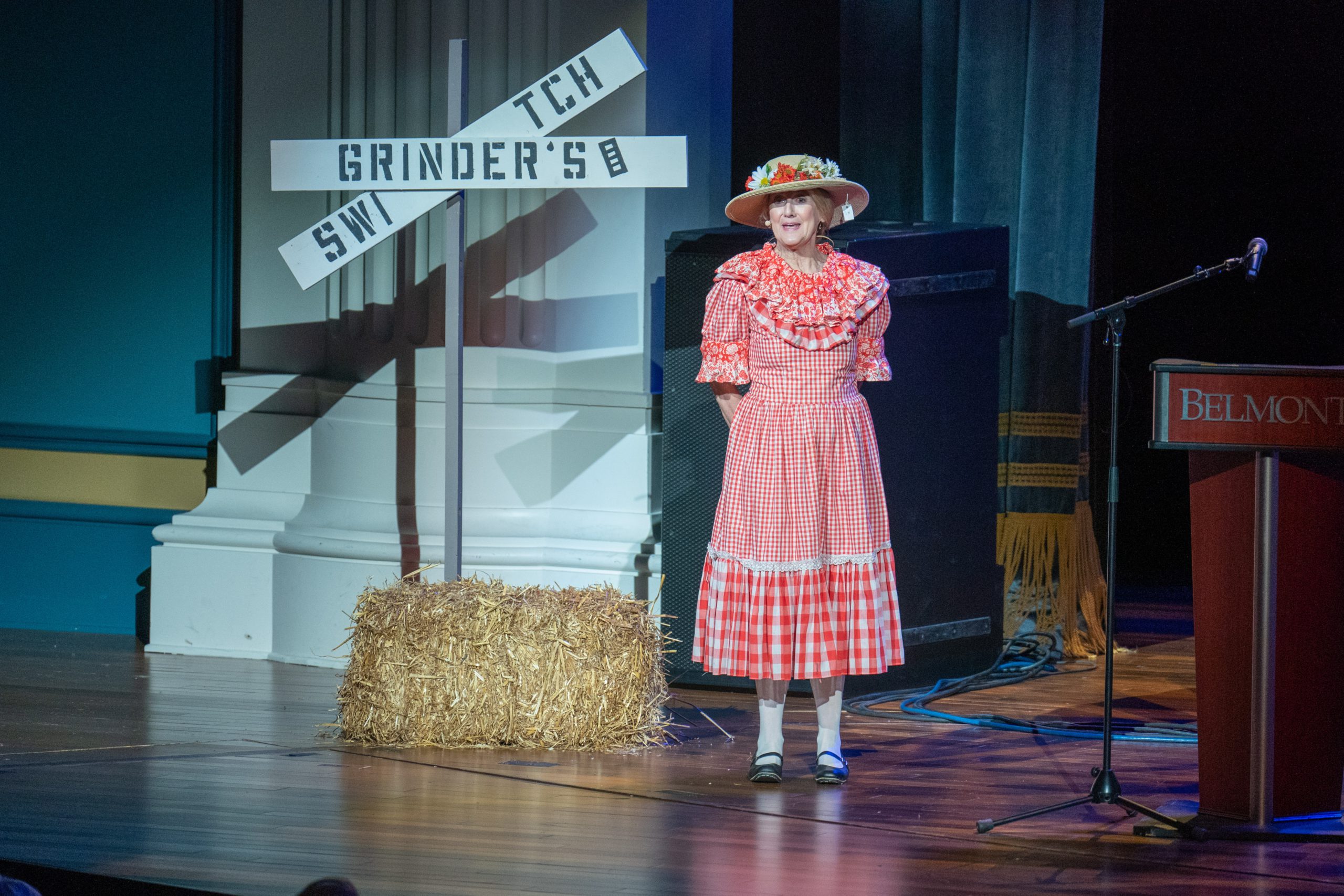 “She was a trail-blazing woman who changed comedy,” said Haywood. “She became a uniter here in the Athens of the South.”

NPT president Becky Magura presided. “What a tremendous night,” she exclaimed. “Thank you Belmont; you sure know how to throw a party.” She brought on the film’s producer/director, Barb Hall.

“I just hope I have done justice,” said Hall. “I hope you enjoy it.” She screened a brief segment of the 90-minute documentary.

Pam Tillis shared a story of how Minnie had mentored her Hall of Fame dad, Mel Tillis. Minnie encouraged him to talk and be funny, assuring him that audiences would laugh with him, not at him, when he stuttered. Pam then performed her superbly written “Two Dollar Hat,” a song in the legendary lady’s honor. 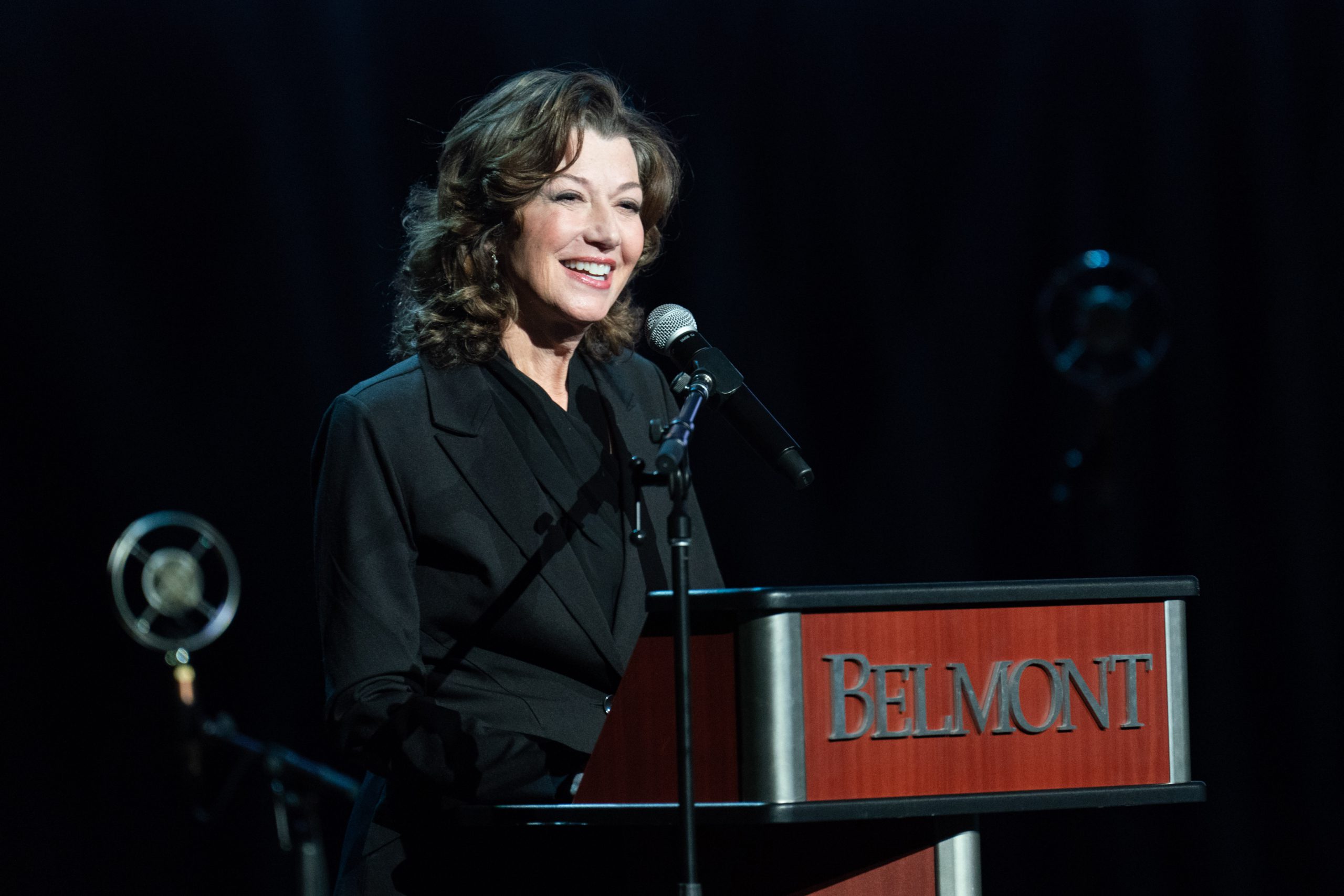 Amy Grant shared stories from her girlhood growing up in Music City that involved her interactions with Sarah Cannon (Minnie Pearl). “I don’t remember one thing she said, but I remember how she made me feel,” said Grant, adding that one of her daughters is named in the star’s honor.

“Hasn’t this been a wonderful night?” asked Brenda Lee. “I began touring with Minnie when I was 10 years old. I learned so much from her. Not as an entertainer, but as a good person.

“Miss Minnie, I wish you could be here tonight. Because you can still fill up a room.”

A second segment of Facing the Laughter was screened, spotlighting Minnie Pearl’s tenure on Hee Haw. Then Sarah Cannon Cancer Center leader Jonathan Tinker told of the her philanthropy, stating that 2/3 of the recently approved cancer-treating drugs were in clinical trials there. Sarah/Minnie’s largess also extended to Belmont, which was the recipient of some of her estate. Sarah Ophelia Colley Cannon received an honorary doctorate from Belmont in 1989.