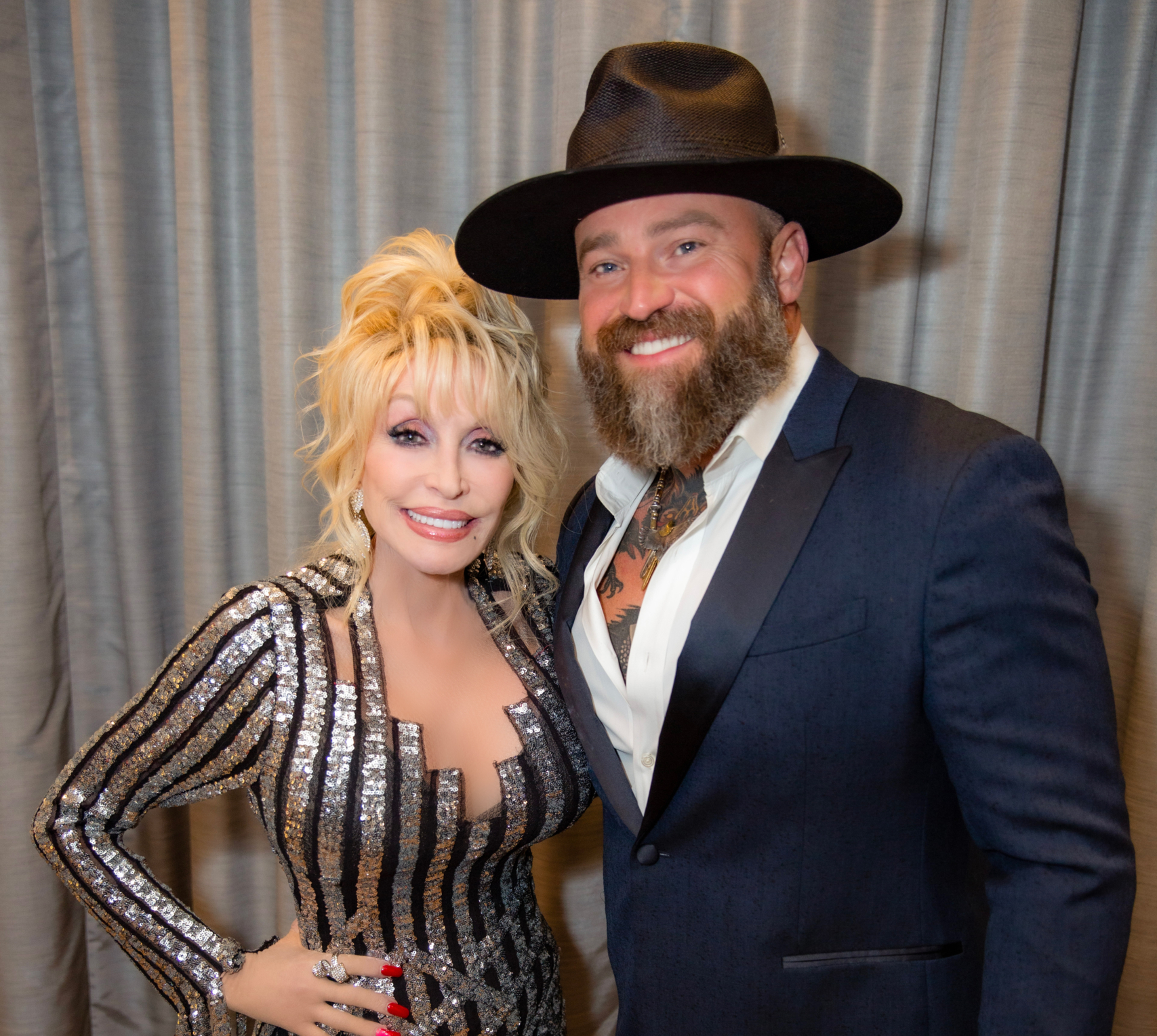 Zac Brown Band served as Dolly Parton’s band throughout her recent induction into the Rock and Roll Hall of Fame.

The award-winning group backed Parton for a performance of her signature song, “Jolene,” and also lent their talents to Sheryl Crow’s rendition of “9 to 5,” as well as to a duet of “Coat of Many Colors” from Brandi Carlile and P!nk.

Highlights from the ceremony, held at the Microsoft Theater in Los Angeles, will air this Saturday (Nov. 19) on HBO and HBO Max. 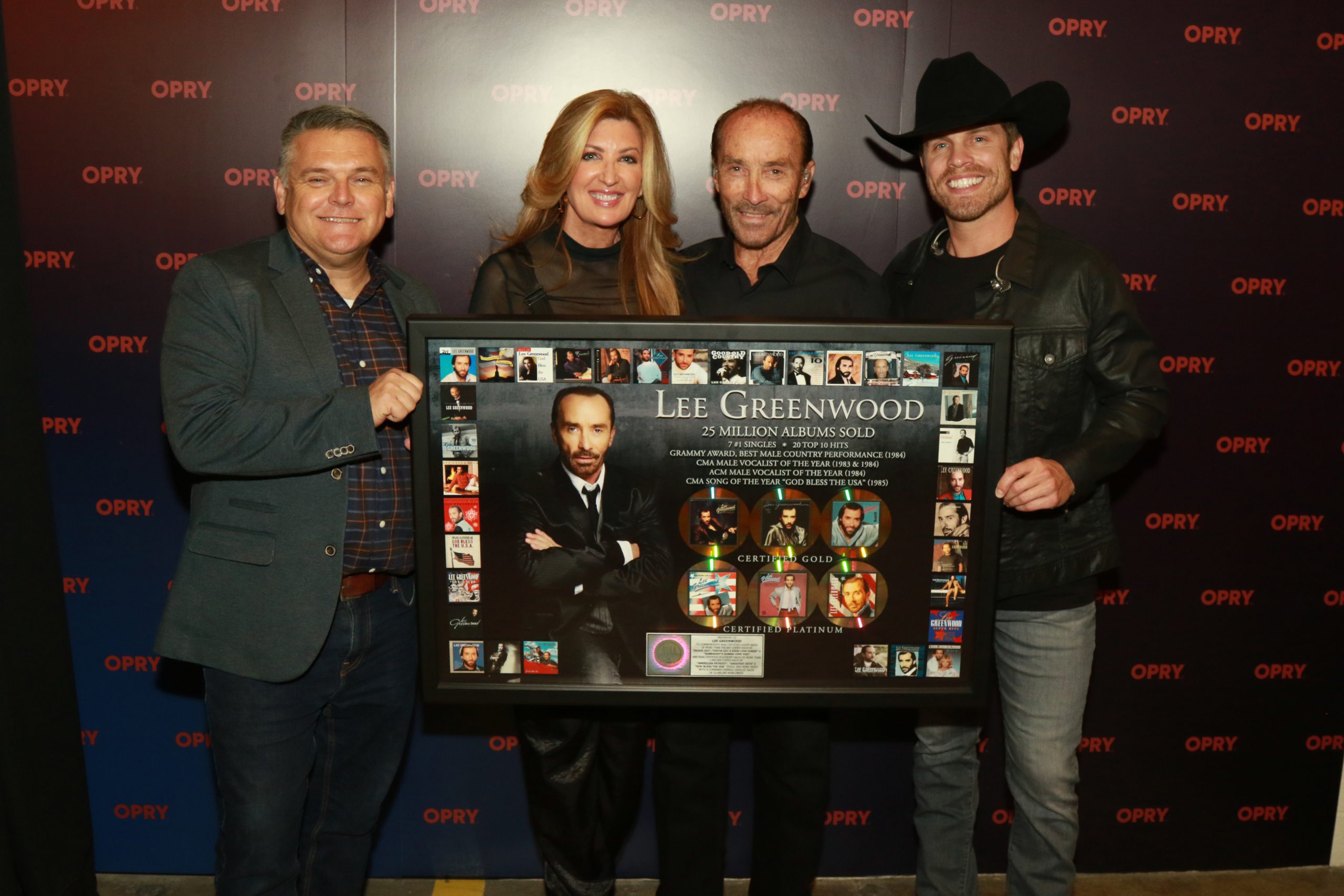 Grammy-winning vocalist Lee Greenwood was recently honored for surpassing more than 25 million worldwide music sales while playing at the Grand Ole Opry. Ahead of his 80th birthday, Vice President and Executive Producer of the Grand Ole Opry Dan Rogers, along with Ryman Hospitality Properties CEO Colin Reed, and country artist Dustin Lynch were there to surprise him.

An American patriot and national ambassador for the wounded warrior support organization Helping A Hero, Greenwood partnered with Bass Pro Shops founder Johnny Morris to give away specially-adapted homes to six wounded veterans and their families from the heart of the Opry stage.

“I knew playing the Grand Ole Opry was going to be a birthday week highlight, but then to discover my recordings have surpassed 25 million sales worldwide—well, that has to be one of the greatest birthday gifts of all time; and yet, I wasn’t at the Opry to receive gifts, I was there to entertain and give gifts,” Greenwood shares. ““Our military families put their lives on the line for this country. These new homes are designed to make what can be impossible, everyday tasks, possible again for our wounded. Building these homes for our heroes is a labor of love,” he confided.

In honor of his 80th birthday, Greenwood is preparing for his 80-show “American Spirit Tour…Once and For All” in 2023. 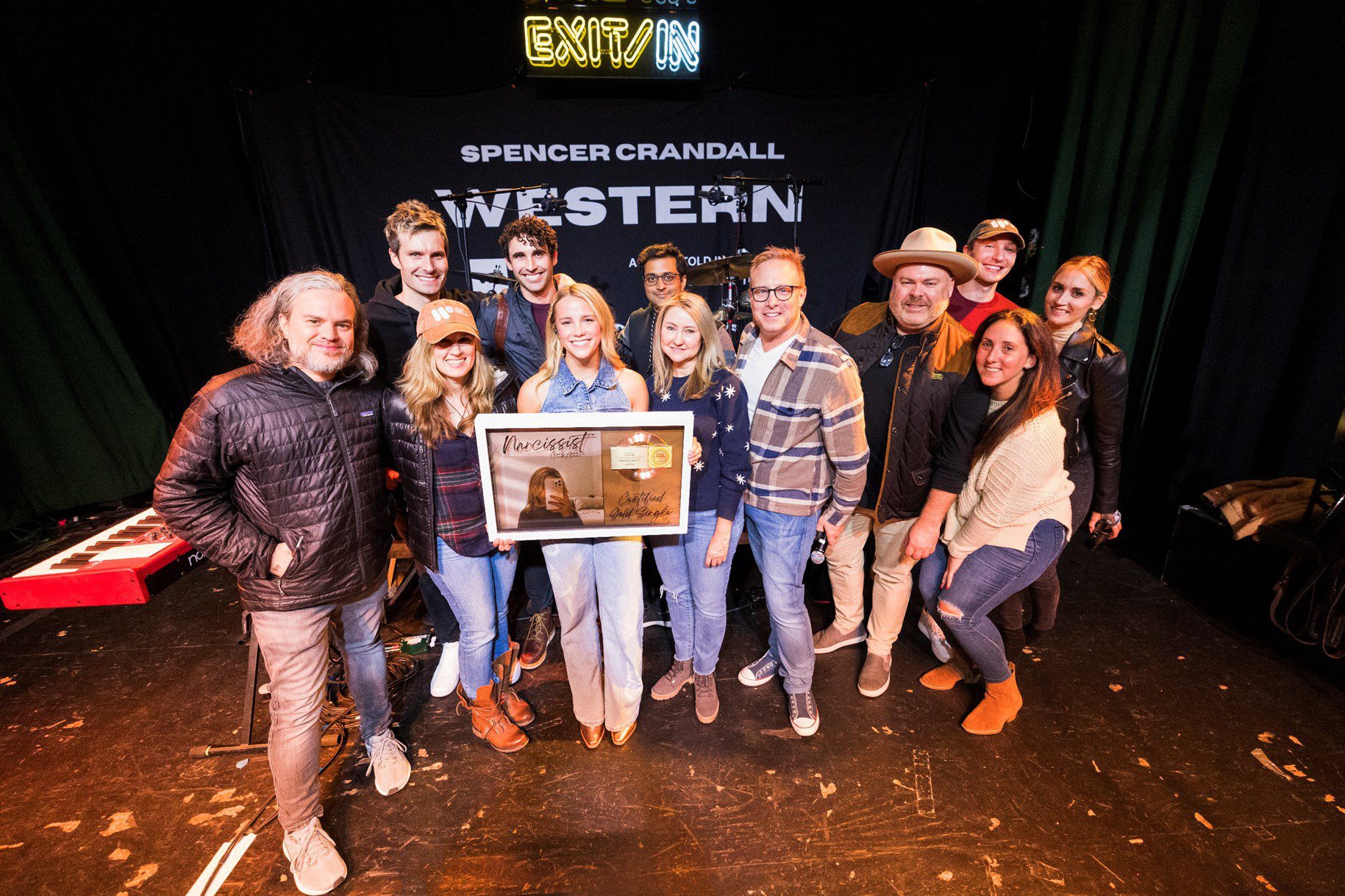 Warner Music Nashville’s breakout starlet Avery Anna marked a career milestone on Tuesday night (Nov. 15) as she performed at Nashville’s Exit/In as support on Spencer Crandall’s “The Western Tour.” On top of the performance, Warner Music Nashville Co-Presidents Ben Kline and Cris Lacy joined Anna on stage to commemorate her viral smash “Narcissist” being certified Gold by the RIAA.

The 18-year-old Arizona native has accumulated more than 150 million streams in 2022, and made her Grand Ole Opry debut in September. Following the recent launch of her Mood Swings EP, she will release her first original holiday song, “Miss You At Christmas,” on Friday (Nov. 18). 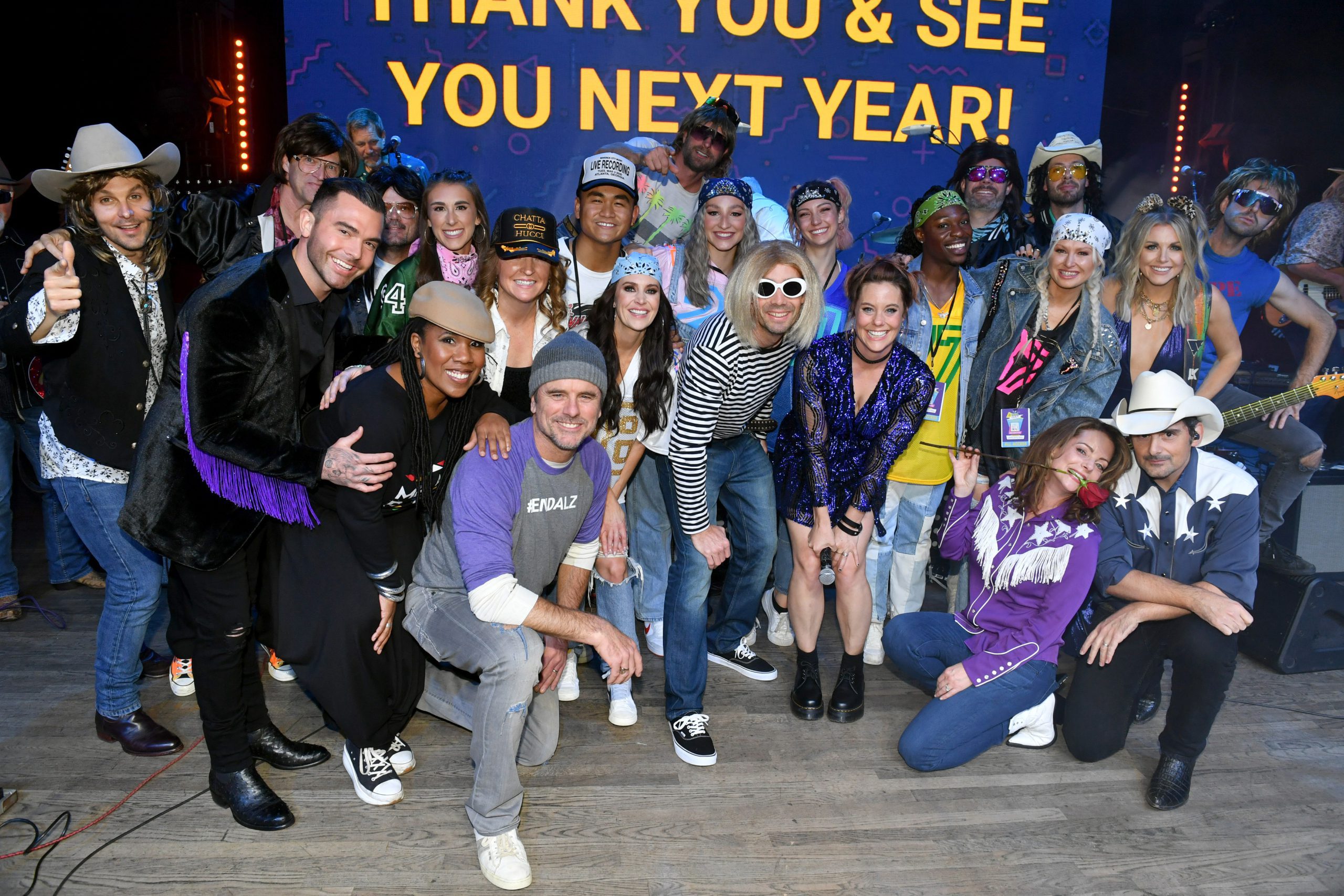 “For our fifth Dance Party to End ALZ, we raised $525,000, making it our most successful year to date!” notes Williams-Paisley. “After losing our mom to Alzheimer’s six years ago, my siblings and I became relentless in our pursuit to advance Alzheimer’s research toward methods of treatment, prevention, and ultimately, a cure. With the Alzheimer Association’s help, and the continued support of our generous sponsors, attendees, and performers, I know one day we will achieve our goal of a world without Alzheimer’s and all other dementia.” 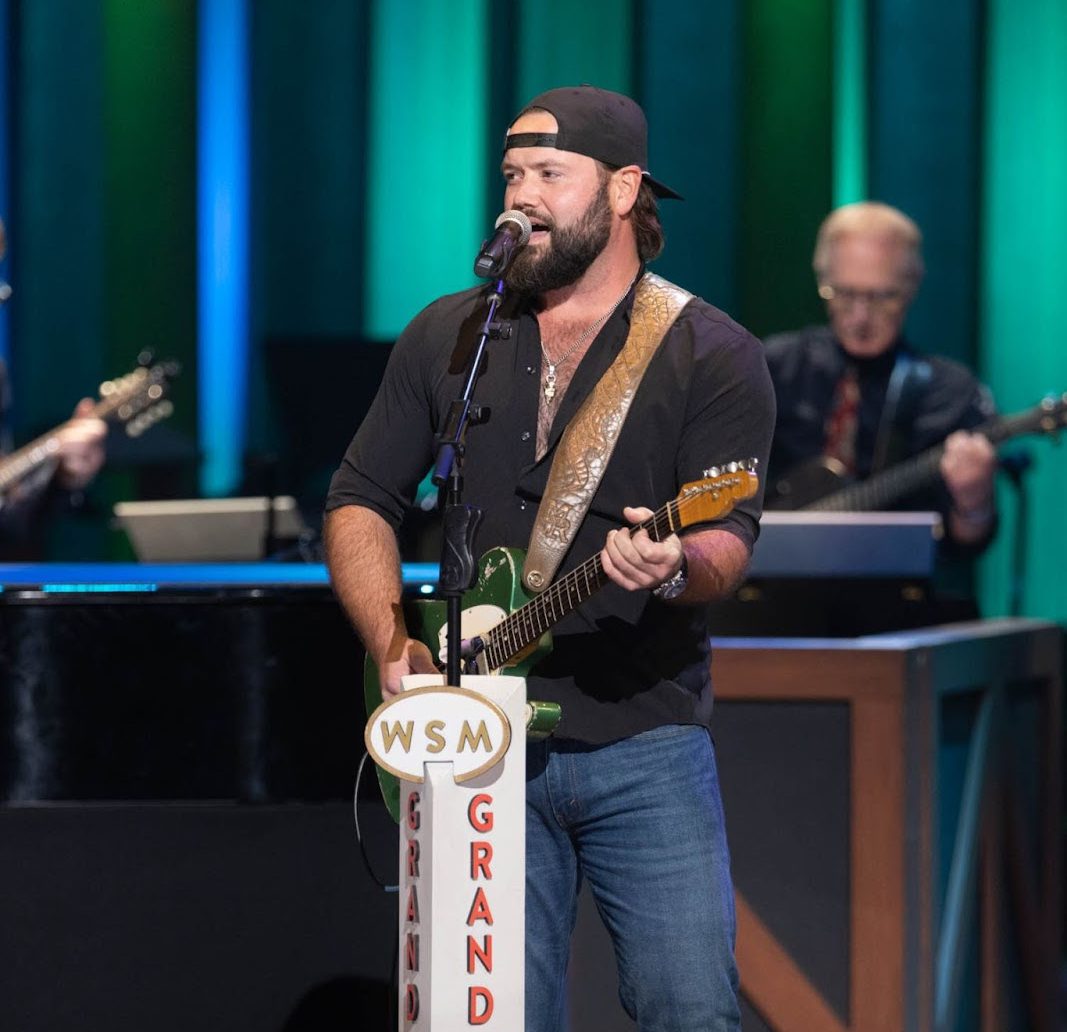 Singer-songwriter Mike Ryan made his Grand Ole Opry debut on Nov. 8, performing “Dear Country Music” and “Damn Good Goodbye.” Ryan’s Opry debut follows the release of his new album, Longcut, and marks a decade of building his career independently as a singer-songwriter.

“This is an incredible night. So many of my friends came out to support me. My family and my two sons are in the audience and it’s hard not to get emotional,” Ryan shared following the performance. “I’m honored to be on this stage where so many country music legends and artists have performed. I’m truly grateful for this opportunity and to be a part of this tradition.”

The San Antonio native has landed nine No. 1 songs on the Texas charts, and his previously-released Blink You’ll Miss It landed at No. 15 on the Billboard Heatseekers Albums chart. Collaborating with major label artists, Ryan has earned a top 20 hit as a co-writer on Brad Paisley’s “Last Time For Everything,” and Paisley reciprocated with a guitar solo on Ryan’s song, “The Rewrite.”