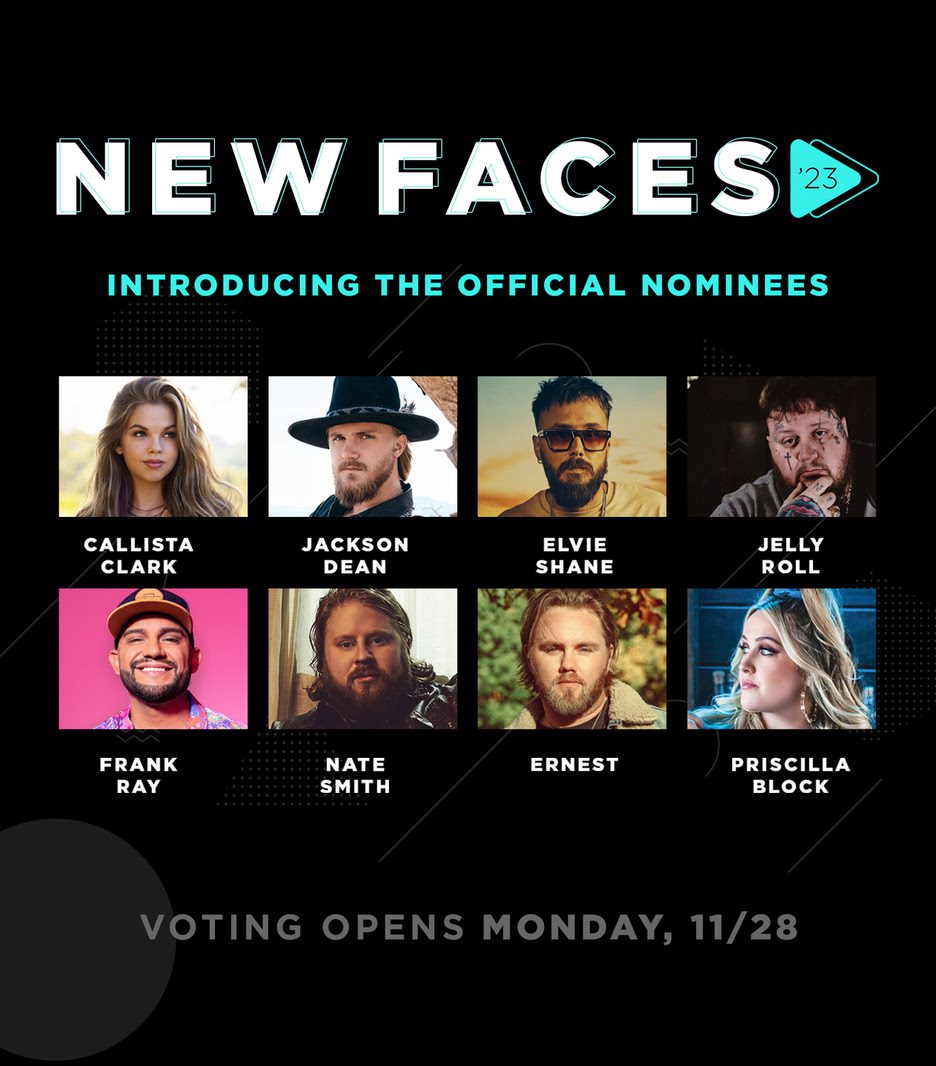 The New Faces of Country Music Show was created in 1970 and recognizes emerging artists who have achieved significant success at country radio during the qualification period, which is Nov. 1 – Oct. 31. For more qualification criteria, click here.

Voting for the Class of 2023 will open Monday, Nov. 28 and close Friday, Dec. 2 at countryradioseminar.com. The five acts with the most votes will form the lineup for the sold-out show.

Eligible voters must be full-time employees primarily involved in the programming, promotion, and distribution of country music from the following company types: broadcast radio, satellite radio, television outlets, and digital service providers, while expressly excluding those with vested interests in individual artists or musical works such as labels, managers, agents, and publishers.