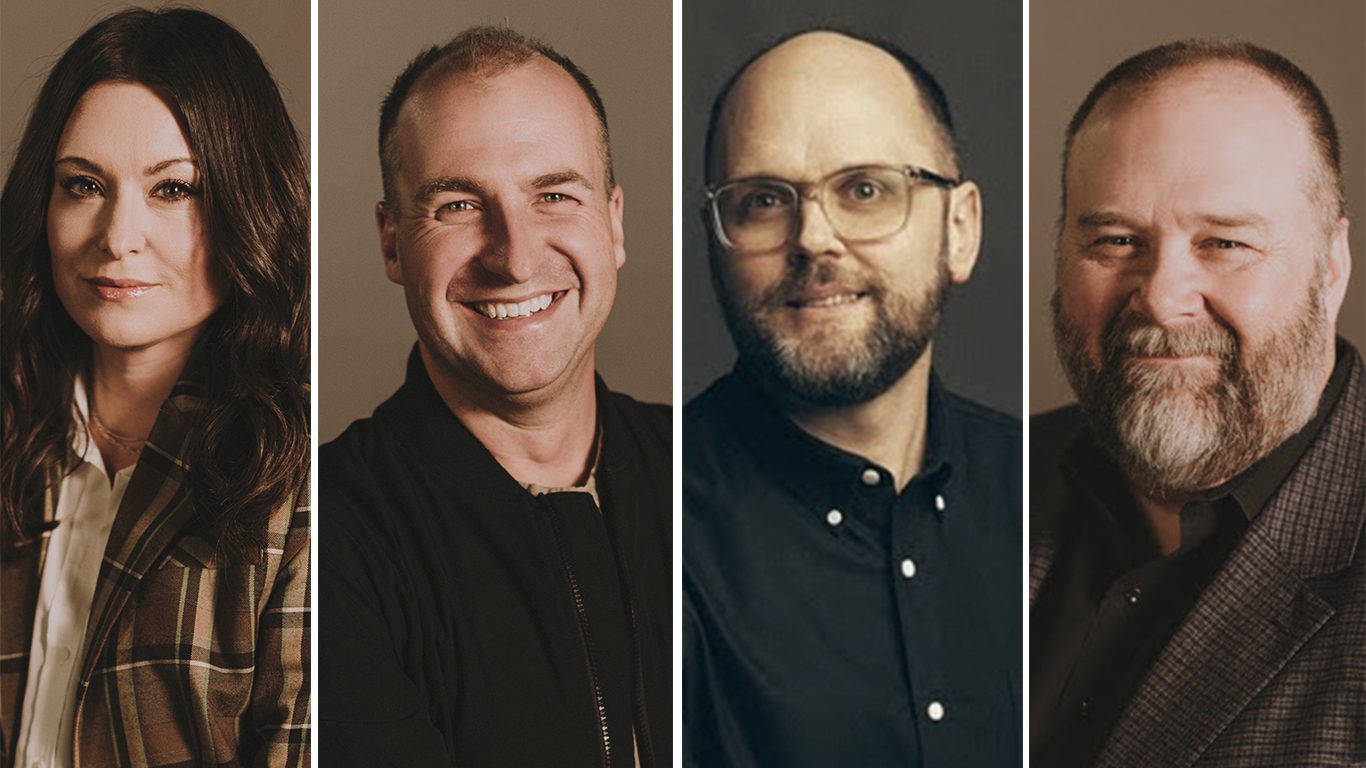 Karrie Dawley has moved up to SVP, A&R, and David Gutekunst has been promoted to SVP, Publishing. Meanwhile, Joe Brazil has been named SVP, Business Affairs, and David Sylvester will now serve as SVP, Operations.

“We are so excited to announce the promotions of David Sylvester, Joe Brazil, Karrie Dawley and David Gutekunst,” share co-Presidents Brad O’Donnell and Hudson Plachy. “We want to recognize and honor the hard work of these key staff members and the roles they have played in the success of our company, and our relationships with our artists and writers. We are confident they’ll achieve even more in their new roles.”

Dawley began her career in radio promotion at Provident Label Group in 2003, followed by a position at Word Records as their Creative Director, Publishing. She later joined EMI/CMG in A&R, working with Mandisa and Kari Jobe, followed by a role at Essential Records as Creative Director, Publishing where she signed several writers, including Ethan Hulse and Red Rocks. She has spent the past five years as VP of Publishing at CCMG, signing writers including Hank Bentley and Jeff Sojka to the group.

“I’ve spent the last five years being thrilled that I get to wake up each day and serve the writers and artists at CCMG,” Dawley notes. “Learning from and working alongside Brad, Hudson and Casey [McGinty] has been a master class in leadership. I am so thankful for their belief in me over the years. Now, more than ever I am hopeful & excited about the team at CMP and just in awe of the artists and writers we get to work with and support each day. I am so looking forward to working with David as we build upon the amazing legacy at CCMG.“

Gutekunst’s music business career began with CCMG as Manager, Interactive Marketing in 2004, supporting and building the Worship Together brand. In 2014, he was promoted to Director, Digital Marketing & Strategy, which led to his most recent position as VP, Church Resources since 2017.

“It has been an honor to serve alongside our incomparable CCMG team, connecting the songs created by our best-in-class roster of artists and writers to the global church,” Gutekunst shares. “Brad, Hudson, and Casey are exceptional leaders and I am grateful for their belief in me over the years, and in this season. I am excited to partner with Karrie, and energized by the opportunity to help guide our market-leading publishing business into the future.”

Sylvester has been with CCMG since 1998 when he joined the team as Marketing Coordinator. Since then, he has held several leadership roles, including Manager, Regional Marketing, Director, Product Marketing and VP, Marketing & Operations.

“I’m excited to further serve our world-class artists and writers in this new role, and am grateful to Hudson and Brad for this opportunity and their continued trust,” Sylvester says. “As the music industry continues to change and evolve at a quicker pace, I’m focused on how CCMG can continue to resource our artists and help their music reach the broadest audience possible.”

Brazil began his role as head of Business Affairs for CCMG in 2013. He launched his career at Star Song Communications, which was acquired by EMI Christian Music Group–the predecessor of CCMG–where Brazil worked for several years. Brazil subsequently worked for the Music Row office of Loeb & Loeb, and later opened an entertainment law practice, representing labels, publishers, artists and songwriters.

“I am thankful to Brad and Hudson for this opportunity, and to be part of an industry-leading team that flexes as needed with innovative and creative deals in a fast-changing market,” Brazil adds, “and who continues to serve its artists, songwriters, and business partners with the highest level of excellence.”