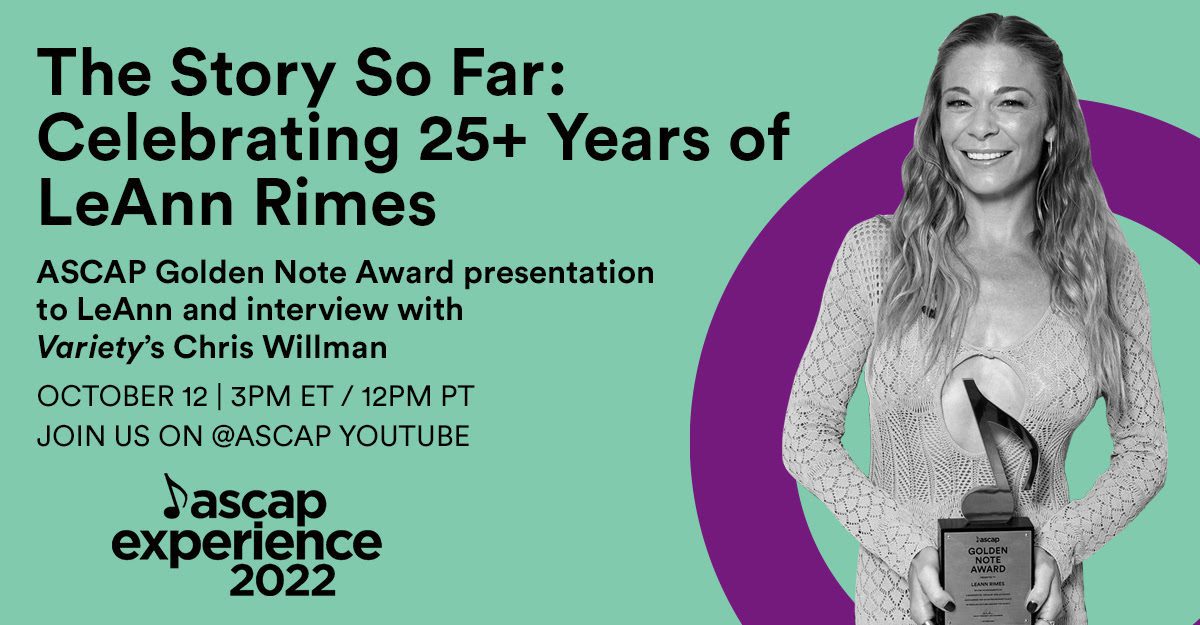 LeAnn Rimes will be honored with the ASCAP Golden Note Award in a special ASCAP Experience session broadcast on Oct. 12 at 2 p.m. CT.

The award presentation by ASCAP Chairman of the Board and President Paul Williams will segue into an exclusive conversation with Variety’s Chris Willman and Rimes. In “The Story So Far: Celebrating 25+ Years of LeAnn Rimes,” Rime will talk with Willman about her life in music and how her artistry and humanitarian work intertwine, including her recently released album, God’s Work.

“From the moment we first heard her immortal recording of “Blue”–back when she was just 13 years old–we knew that LeAnn was a voice for the ages,” Williams notes. “In the 25 years since, we have watched her navigate her evolving career with grace, artistry and humanity. Her passion, clarity and emotion have won her fans around the world and truly set her apart as a songwriter.”

In 1997, at age 14 she became the youngest solo artist ever to win a Grammy, and in the same year became the first country artist to win Artist of the Year at the Billboard Music Awards. In the time since, Rimes has developed into a multifaceted artist, selling over 48 million albums worldwide.