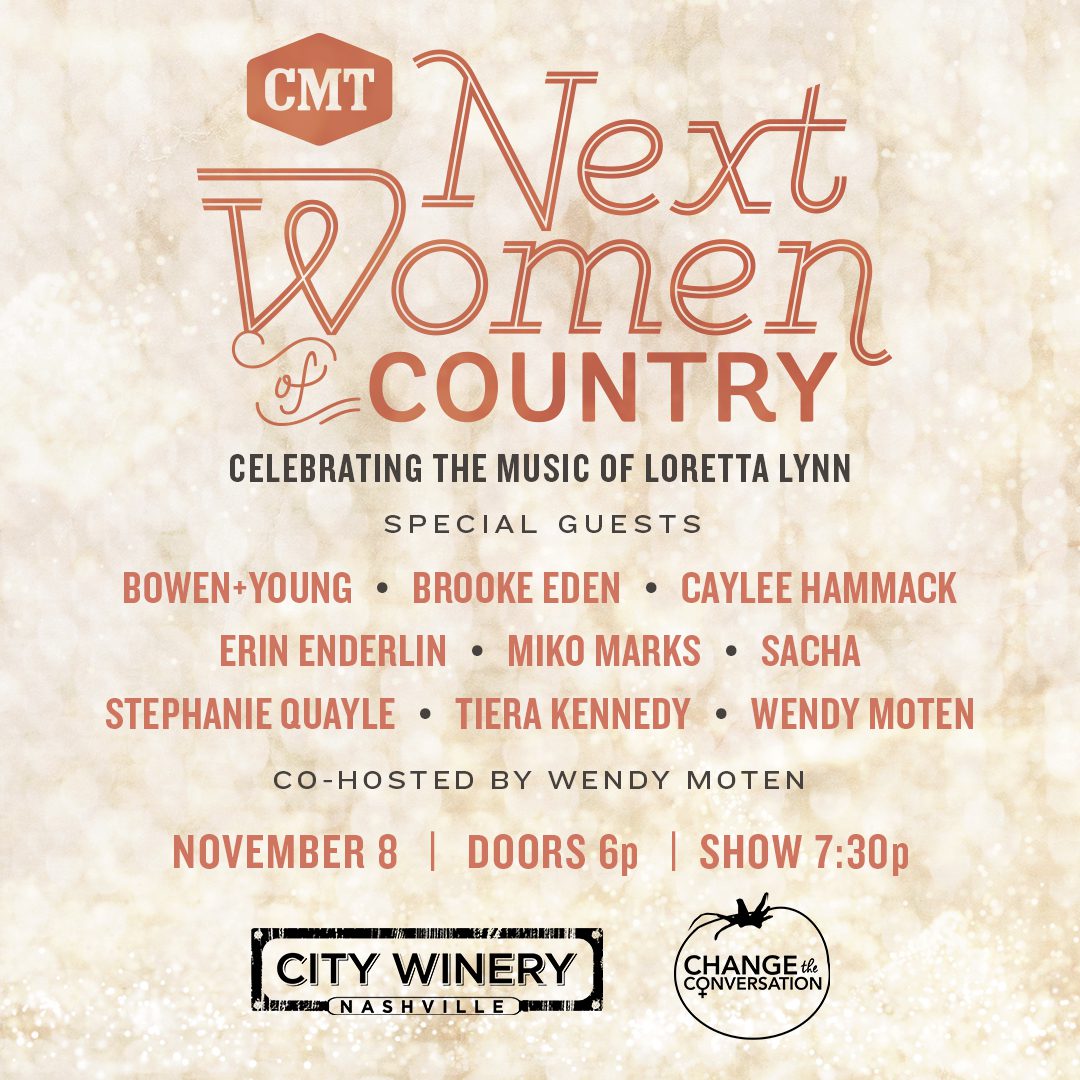 CMT and City Winery Nashville have unveiled the lineup for the final “Next Women of Country” showcase of the year. Set for Nov. 8, the evening will pay tribute to the legendary Loretta Lynn.

“CMT Next Women of Country: Celebrating the Songs of Loretta Lynn, presented by CMT Night Out Nashville and Change The Conversation” will celebrate the late icon’s catalog. The night will feature performances from a special group of female artists, including Bowen + Young, Brooke Eden, Caylee Hammack, Erin Enderlin, Miko Marks, Sacha, Stephanie Quayle and Tiera Kennedy.

CMT’s Leslie Fram and Wendy Moten will co-host the third CMT Night Out Nashville showcase, and Moten will also perform. Tickets are on-sale now at citywinery.com/nashville.

CMT first launched its Next Women of Country campaign in 2013 as an effort to support and expose developing female talent, both signed and unsigned. Having named 95 female acts to the program, the initiative has grown since its inception, showcasing emerging female artists across all CMT screens, and extending into seven national tours.