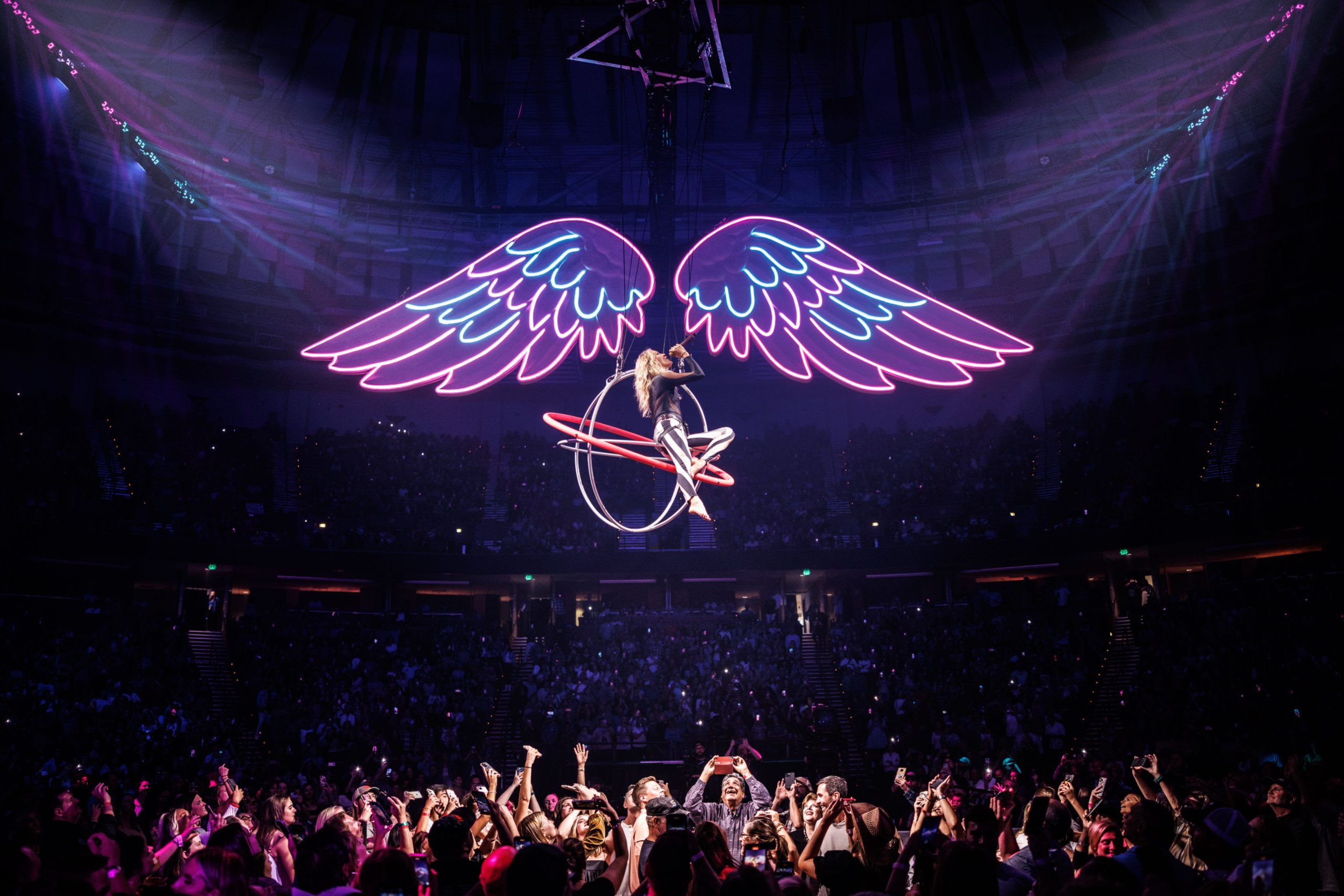 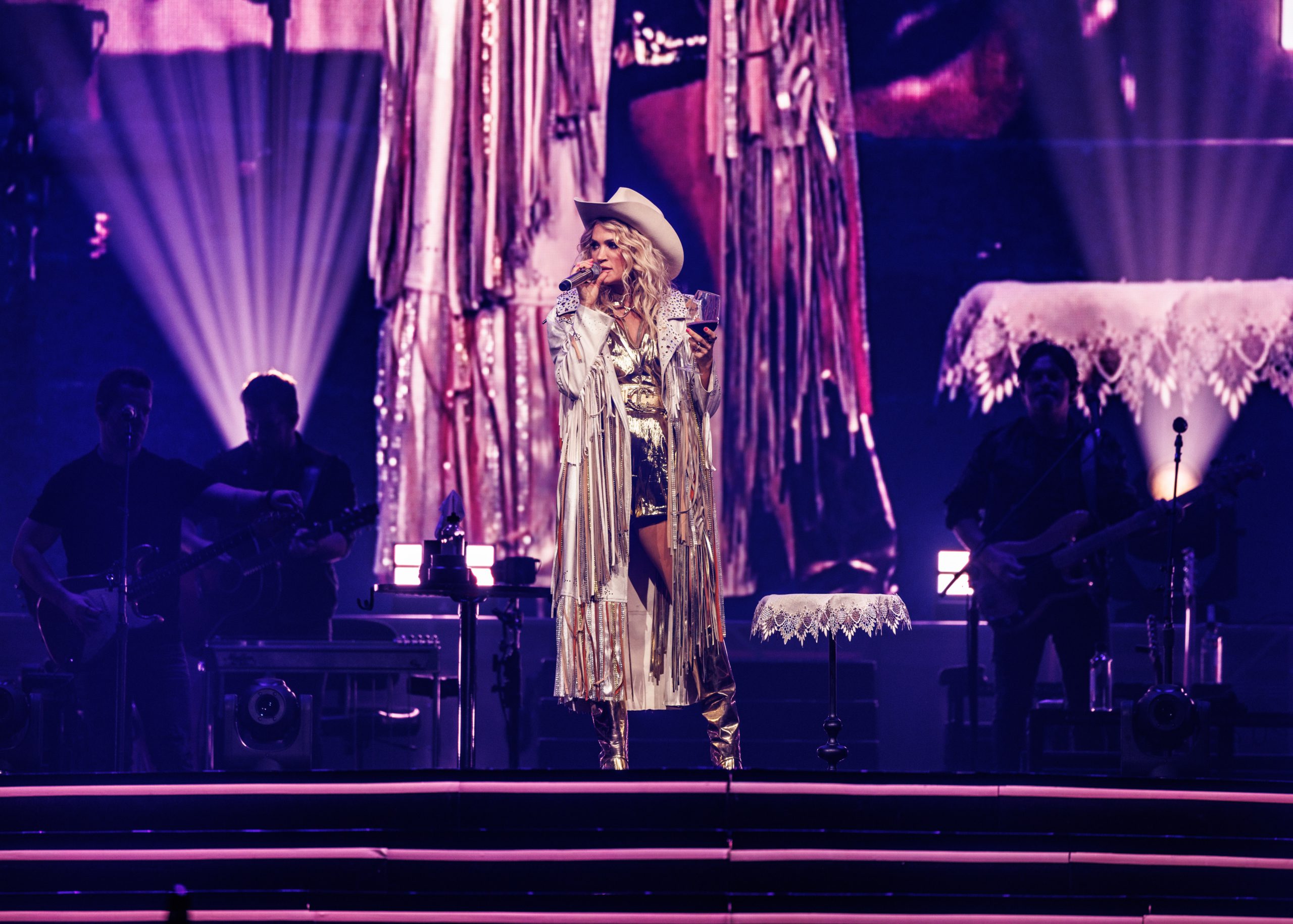 “I always want to be sure every tour is a new and unique experience for the fans,” Underwood tells MusicRow. “We’re always looking at different ways to perform the hits that everyone knows and loves and, of course, it’s fun to get to bring the new music to life on stage. The challenge is always figuring out how much we can fit into a show and we like to get creative with different ways to represent as many songs as we can, even if we aren’t able to perform entire versions of every one.”

The trek follows Underwood’s first portion of shows from her “Reflection: The Las Vegas Residency” at the Resorts World Theatre, which will pick back up in 2023 following “The Denim & Rhinestones Tour.”

“I feel so blessed to have gotten to start my ongoing ‘Reflection’ residency at Resorts World Las Vegas at the end of last year—we’ve all been missing live performances and it was so great to get back on stage in front of an audience,” Underwood shares.

As for what she’s brought from her Vegas residency to her traveling show, Underwood says she’s learned some new musical arrangements of some of her hits.

“We’re able to do a lot of big set pieces with that show that we could never pack up and take on the road, so a lot of those moments will continue to be unique to that show,” she shares. “That said, we are definitely having fun with new versions of the hits on this tour and are really excited about the new songs that weren’t in the ‘Reflection’ show in Vegas, which we’ll resume next year after ‘The Denim & Rhinestones Tour’ ends. I love being able to do both!” 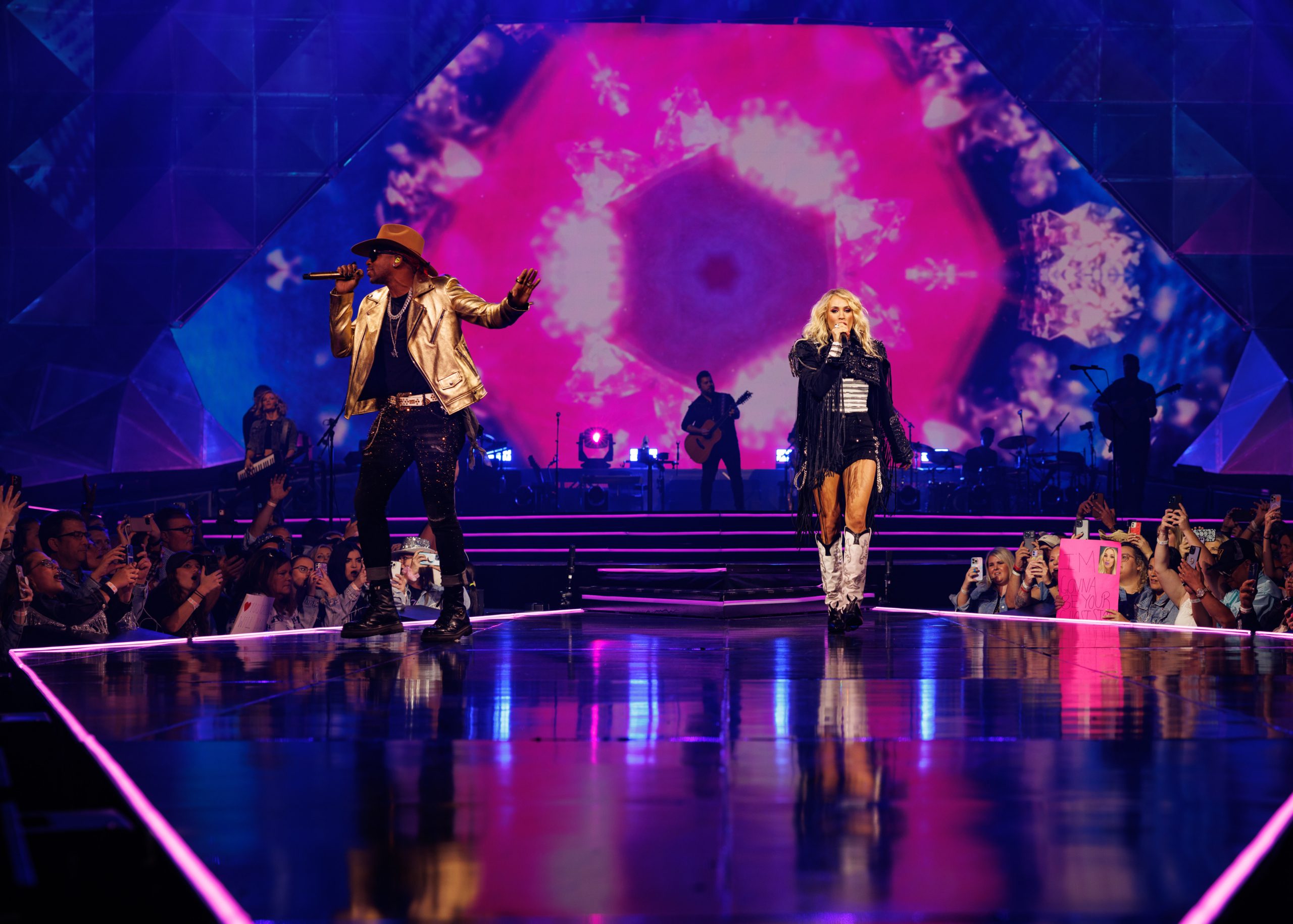 Joining Underwood on “The Denim & Rhinestones Tour” is breakout star Jimmie Allen. Underwood says one of her favorite moments of the show is when she gets to bring him out.

“A really fun moment for me is bringing Jimmie Allen on stage to perform ‘Denim & Rhinestones’ together—we just had to do it, and even incorporated a little of his Dancing With the Stars magic. He is literally as much denim and rhinestones as I am.”

Performing new songs from Denim & Rhinestones is another highlight of this tour for Underwood.

“I’m most excited about performing new music from Denim & Rhinestones—it’s such a fun, energetic album, which I think we all need right now, and we definitely bring that upbeat, party vibe to the stage,” adding that every song on the new album is represented in some way at the show.

“We have some really exciting effects throughout the show. And I love performing ‘Ghost Story’ and ‘Crazy Angels’—it’s such a thrill to be singing those songs live up in the air and getting closer to all the fans.”