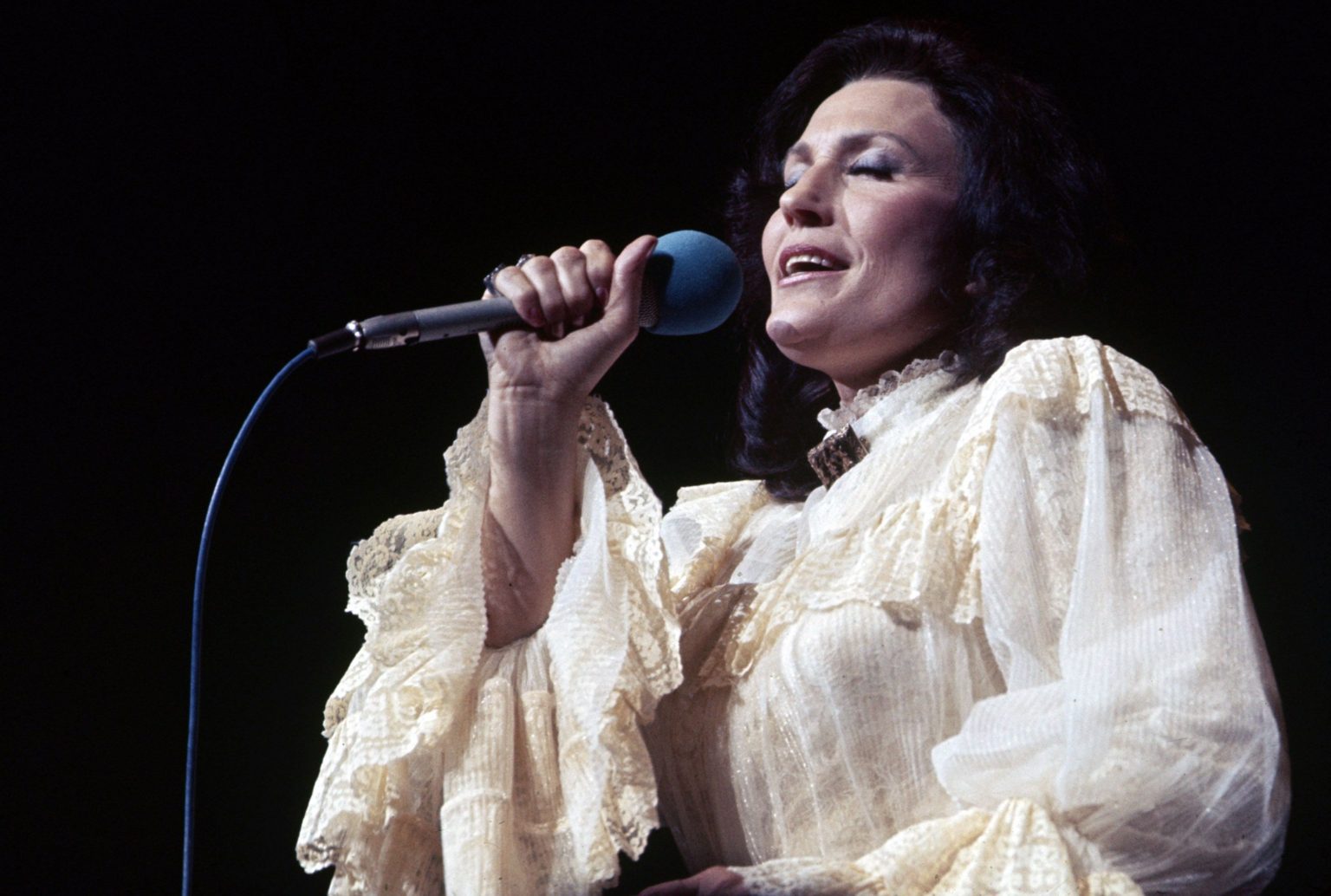 Revered music icon Loretta Lynn died on Tuesday (Oct. 4) at her home in Hurricane Mills, Tennessee. She was 90.

A statement from Lynn’s family reads: “Our precious mom, Loretta Lynn, passed away peacefully this morning, October 4th, in her sleep at home at her beloved ranch in Hurricane Mills.”

Known to millions as “The Coal Miner’s Daughter,” the iconic singer-songwriter rose from mountain poverty to become a member of The Country Music Hall of Fame. Her feisty songs made her a feminist heroine. The film based on her autobiography, Coal Miner’s Daughter, took her story around the world and won an Academy Award.

Among her enduring compositions are such country evergreens as “Don’t Come Home A-Drinkin,’” “Fist City,” “You Ain’t Woman Enough” and “You’re Lookin’ at Country,” as well as her signature song, “Coal Miner’s Daughter.”

Born Loretta Webb in 1932 in Butcher Hollow, Kentucky, she was raised in a mountain cabin with seven brothers and sisters. She was just a teenager when she married Oliver “Doolittle”/”Mooney” Lynn (1927-1996). He believed in her singing talent, bought her a guitar, urged her to begin writing songs, pushed her to perform live and entered her in talent contests near their home in Washington State.

Buck Owens (1929-2006) began to feature her on his Takoma television show. A Canadian businessman saw her on it and financed a trip to L.A. to record her self-penned 1960 debut single “I’m a Honky Tonk Girl.” Husband “Doo” found a list of country radio stations and drove her across the country to visit them one-by-one.

Released on tiny Zero Records, the single made the national country charts and brought her to Nashville. Lynn made her debut on the Grand Ole Opry singing it on Oct. 15, 1960.

Established Opry stars The Wilburn Brothers took her under their wings and signed her to management and publishing contracts. Teddy Wilburn (1931-2003) helped her polish her songwriting. Doyle Wilburn (1930-1982) engineered a Decca Records contract with producer Owen Bradley (1915-1998). The duo promoted her and her resulting Decca singles on their nationally syndicated TV series. 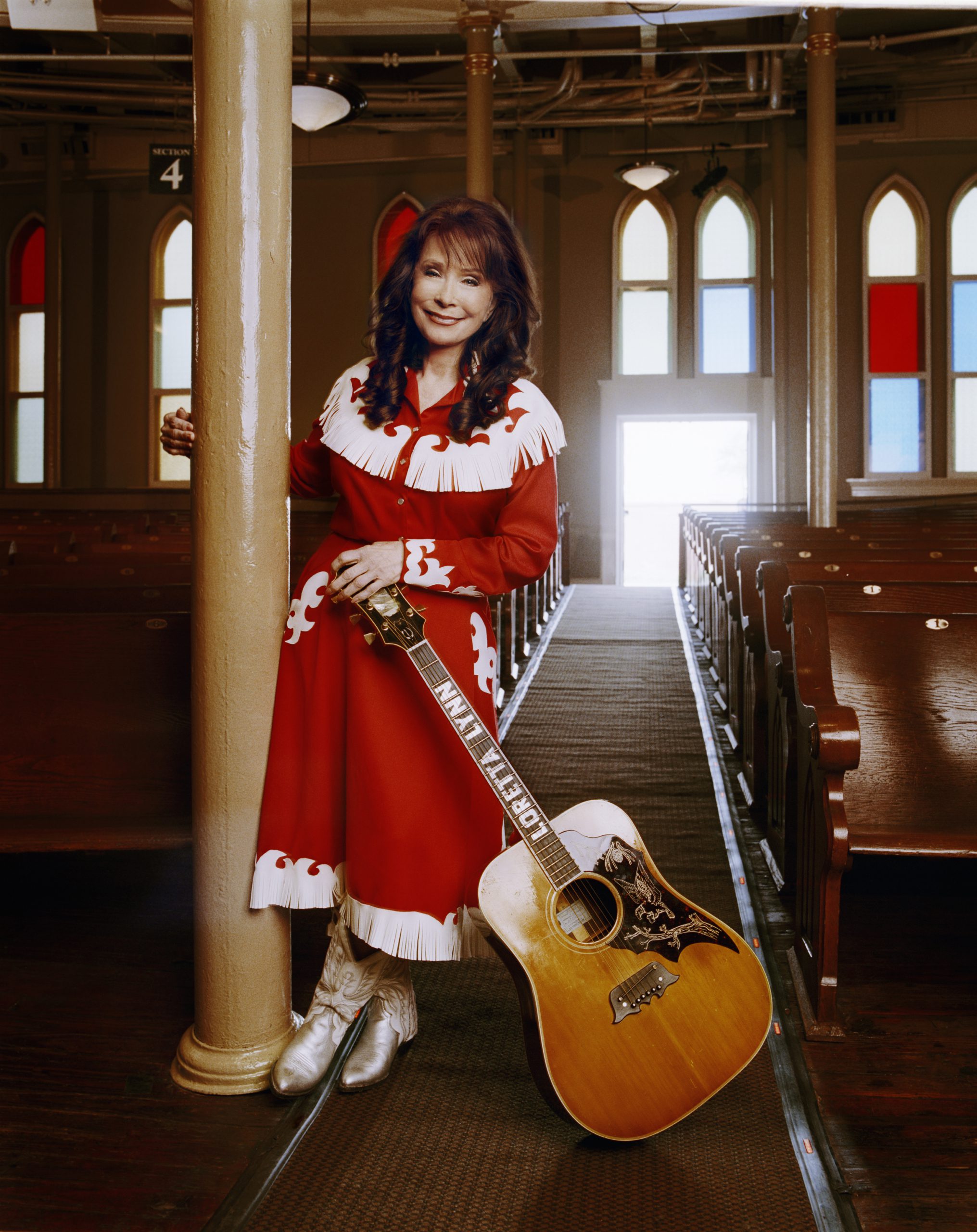 Decca hoped lightning would strike twice by signing her brother Jay Lee Webb (1937-1996) and sister Peggy Sue, both of whom had country chart hits. Baby sister Crystal Gayle (Brenda Gail Webb) also began her career at Decca, but didn’t rise to stardom until the 1970s on United Artists.

The mainstream media took notice. She was featured in Ms magazine and made the covers of Newsweek (1973) and Redbook (1974). Her infectious personality, plain-spoken honesty and down-home wit made her a favorite on the TV talk-show circuit. She starred in national TV commercials for Crisco. Her 1976 autobiography became a New York Times best-seller.

Her fan club became an industry model. It morphed into the umbrella International Fan Club Organization (IFCO) and backed the establishment of Fan Fair (now the CMA Music Festival) in 1972.

Lynn’s devotion to her fans became legendary, but it came at a price. The pressures of stardom, constant travel and unending work took a toll on her physical and mental health. In 1976, she suffered a complete breakdown while on stage in Illinois. She was hospitalized several times for exhaustion.

Lynn formed her own booking agency and song publishing company. She established western-wear clothing stores and opened the Loretta Lynn Dude Ranch on her antebellum property in Hurricane Mills, Tennessee.

Collaborations with others also kept her in the news. In 1987, the Grammy-nominated “Honky Tonk Angels Medley” teamed her with k.d. lang, Brenda Lee and Kitty Wells. Also applauded and Grammy nominated was her 1993 collaboration with Tammy Wynette and Dolly Parton, Honky Tonk Angels and its single/video “Silver Threads and Golden Needles.”

A famously hard-working concert artist, Loretta Lynn largely stayed off the road between 1991 and 1996 to care for her ailing husband. After his death, she was so numb with grief that she became almost completely uncommunicative for a year.

She rebounded on disc with her CD Still Country (2000), which contained songs about her mourning. She made the charts with its single, “Country in My Genes.” She was 68 years old at the time, which made her country’s senior charting female artist. 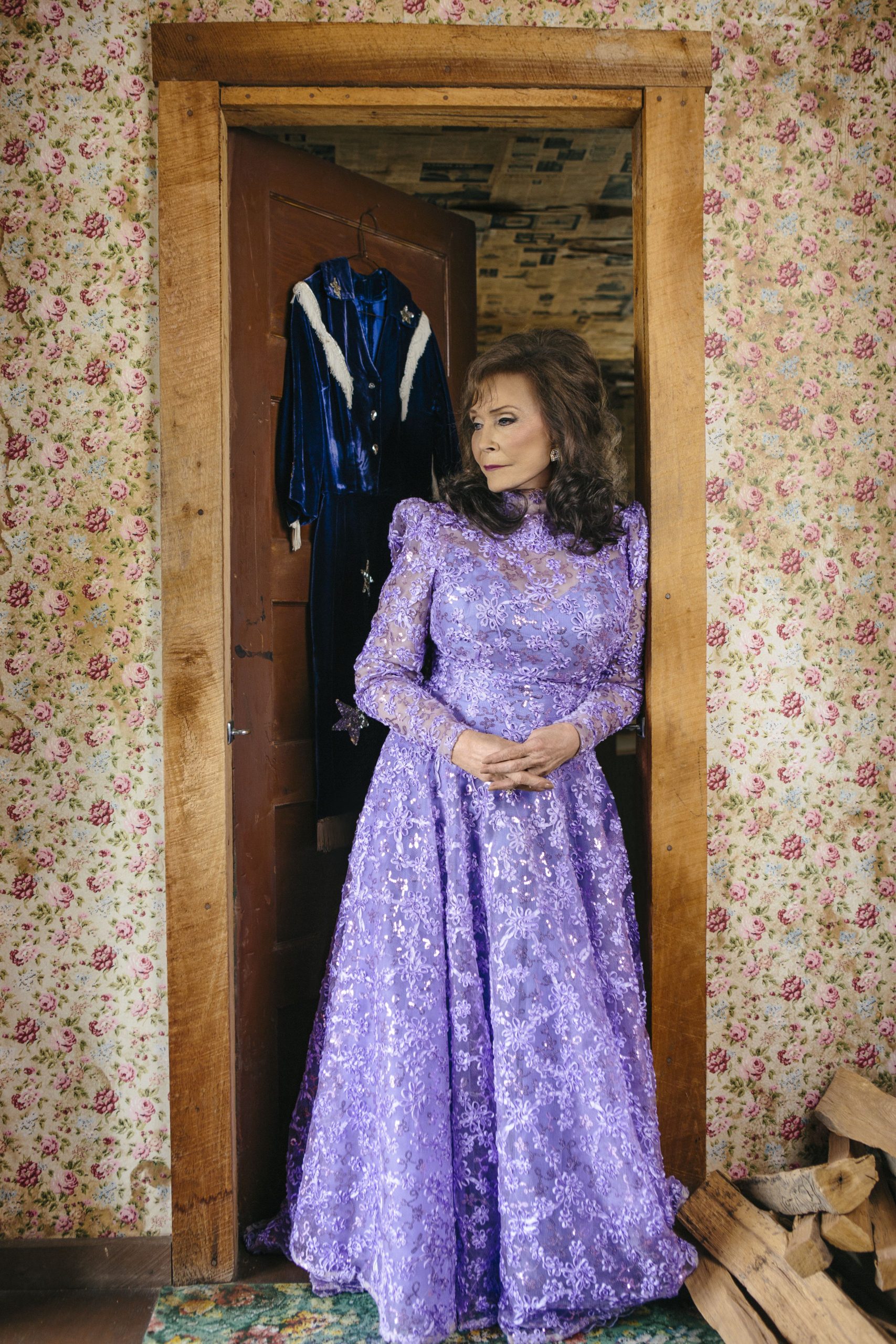 Lynn received a Kennedy Center Honor in 2003. The following year, she was given a BMI Icon Award. She issued two more books, Still Woman Enough (2002) and You’re Cookin’ It Country (2004).

Even more notoriety came with the release of her 2004 album Van Lear Rose. Produced by rock star Jack White, it won two Grammy Awards. She was inducted into New York’s mainstream Songwriters Hall of Fame in 2008 and won a Grammy Lifetime Achievement Award in 2010. President Obama gave her the Presidential Medal of Freedom in 2013.

A 2010 Loretta Lynn tribute album resulted in her last chart appearance to date, a remake of “Coal Miner’s Daughter” with Miranda Lambert and Sheryl Crow. This made her the only female country artist to chart in six consecutive decades.

Since then, Lynn has published another book, 2012’s Honky-Tonk Girl: My Life in Lyrics. She resumed her recording career with Full Circle (2015), White Christmas Blue (2016) and Wouldn’t It Be Great (2018). These were co-produced by John Carter Cash and daughter Patsy Lynn, the latter of whom also served as her mother’s manager in recent years.

Loretta Lynn has released more than 60 albums, written more than 160 songs, had 16 No. 1’s and 50 top-10 hits, been awarded six Gold Records and charted 82 titles. She has sold a reported 45 million units.

In May 2017, the superstar suffered a stroke. She recovered enough to induct Alan Jackson into the Country Music Hall of Fame five months later. In January 2018, Lynn fell and broke her hip. She began making media appearances to promote Wouldn’t It Be Great that fall, but was briefly hospitalized with a respiratory infection in October 2018.

Her oldest son, Jack Benny Lynn, died in a drowning accident in 1984. Her songwriter daughter, Betty Sue, passed away in 2013. She is survived by son Ernest Ray Lynn, who worked as her opening act on the road. Lynn is also survived by daughters Cissy and her singing twins Peggy and Patsy, as well as by 27 grandchildren and 16 great-grandchildren.

Lynn was buried in her family’s cemetery on her Hurricane Mills on Oct. 7. A public memorial is expected to follow.

The family has asked for privacy during this time, as they grieve. In lieu of flowers the family asks for donations to be made to the Loretta Lynn Foundation.