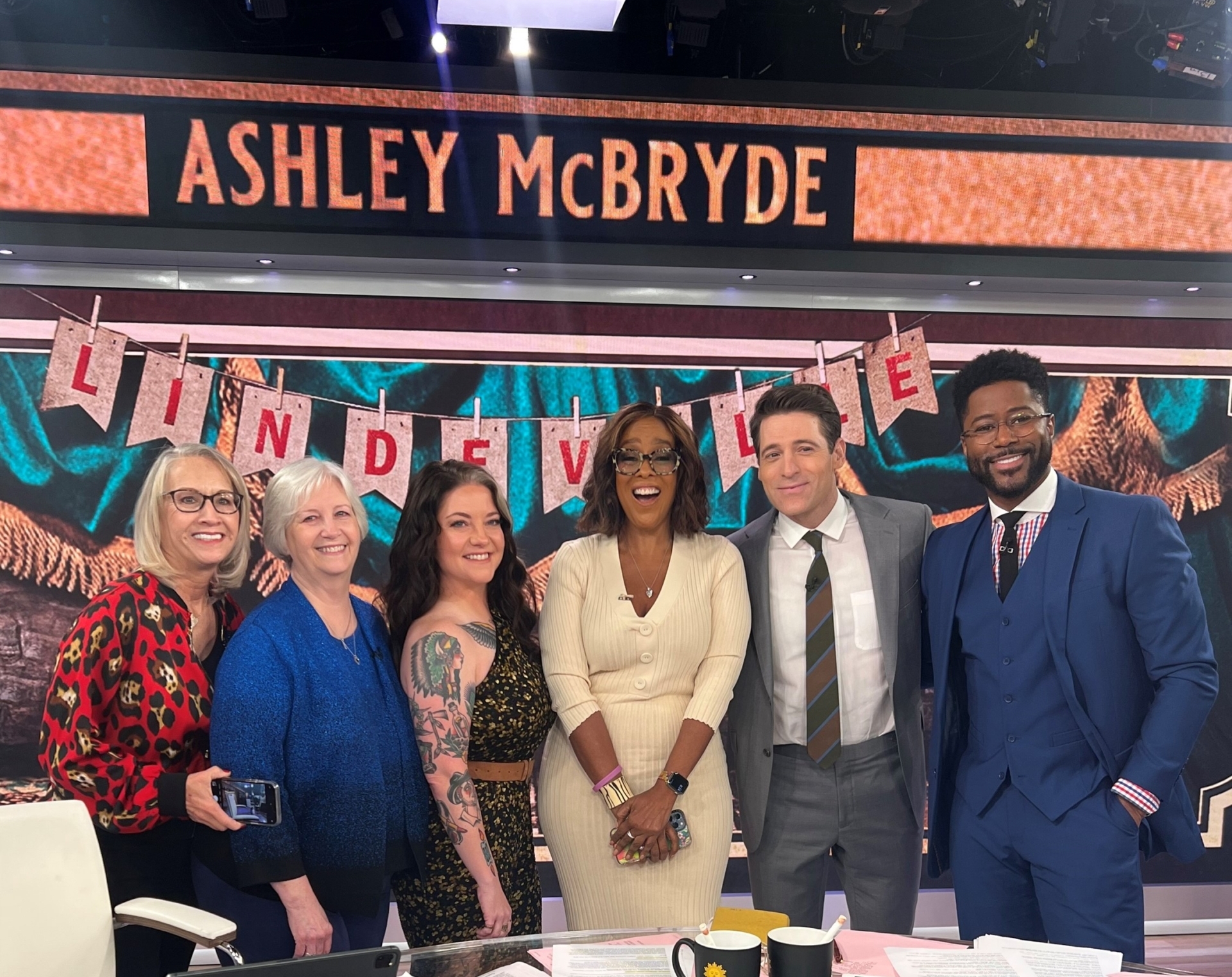 Award-winning singer-songwriter Ashley McBryde has been invited to become a member of the Grand Ole Opry. The five-time 2022 CMA nominee was surprised during an in-studio appearance on CBS Mornings by Opry member Garth Brooks, who was live on the hallowed Opry stage

At the close of McBryde’s interview, anchors Gayle King, Nate Burleson and Tony Dokoupil shared with her that someone wanted to speak with her, cutting to a live shot of Brooks.

“This is part of a family that keeps growing,” he noted. “Well you know where I am standing here in the circle of wood. On behalf of the Opry, and myself as an Opry member, we would love for you to consider becoming the newest member of the Grand Ole Opry.”

A surprised McBryde instantly answered, “It would be the great joy and the great honor of my life.” Brooks replied, “The Opry is the longest living family in music history. You belong in it; we need you and you will make it stronger for decades to come.”

She remarked, “Winning Grammys and being a member of the Opry are the two greatest things that could ever happen to you as an entertainer. I’ve always said I would earn it. This is a surreal moment.”

“Beginning with her triumphant first night on our stage, Ashley has already been a part of some incredible Opry moments in her young career,” explains Dan Rogers, Opry Executive Producer. “We’re thrilled that her seemingly limitless talent will be on display and that she’ll be a part of this very special show for years to come.”