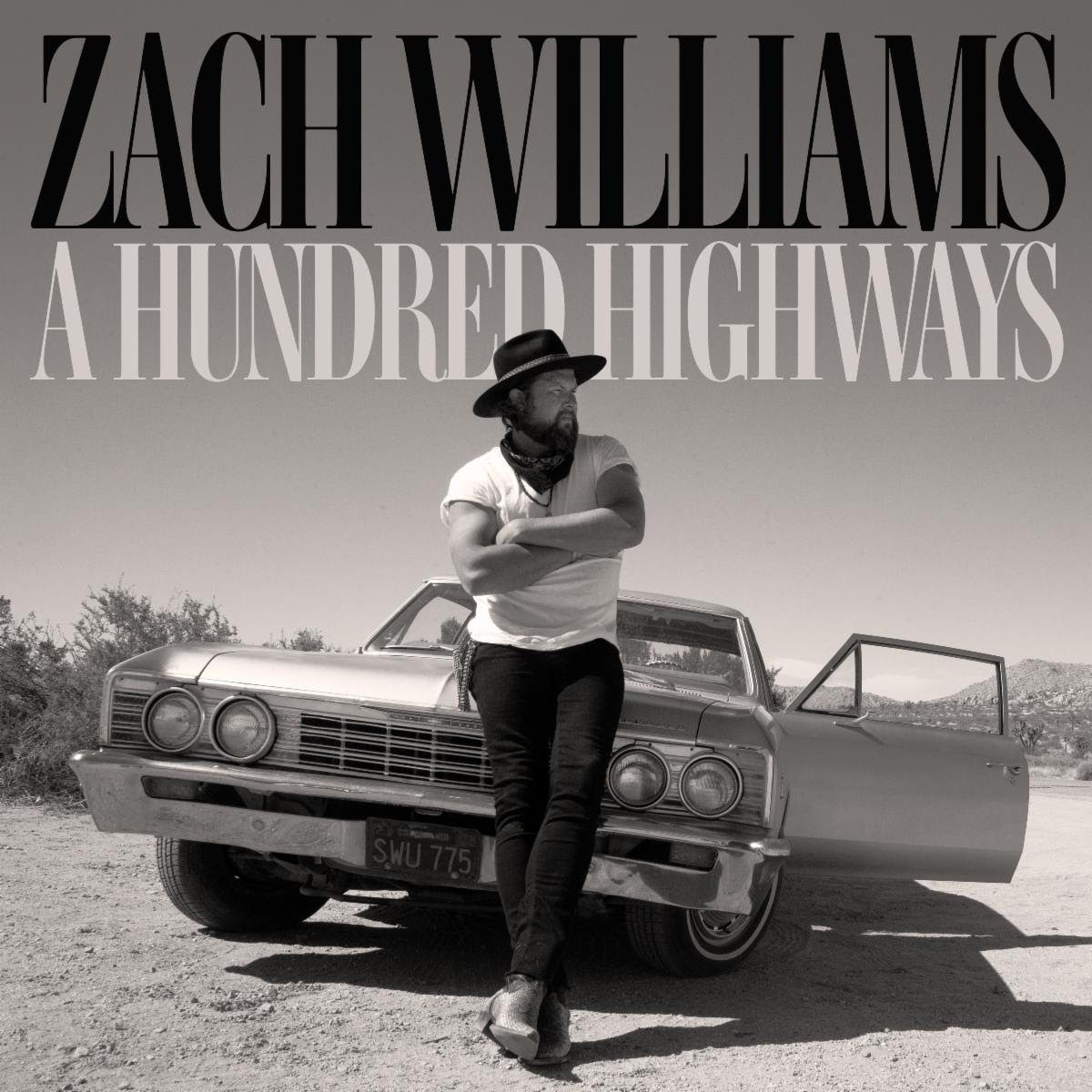 Multi-Platinum artist Zach Williams‘ trip to stardom has taken him, both mentally and physically, down many roads. Though those roads were bumpy at times, Williams is not afraid to travel back down them and reflect on what has led him to where he is today. Fans in tow, he does just that through the tracks on his latest album A Hundred Highways, out today (Sept. 30) via Provident Label Group.

The Arkansas native grew up listening to all types of music. His grandfather introduced him to country greats Johnny Cash, Willie Nelson, George Jones and more. In college, he developed a love for the blues as well as rock bands such as The Allman Brothers Band and The Black Crowes, and began playing guitar. But the soundtrack of his earliest memories centers around the Christian genre. The son of a worship leader, church was a big part of Williams’ upbringing. As a result, he was exposed to groups such as Petra and The Imperials in addition to artists such as Rich Mullins, Keith Green and more at a young age.

As Williams got older, he started to drift away from his faith.

“I can’t really put my finger on why I did,” says Williams. “When you turn a certain age, you start thinking you know more than everybody else. You go out [into the world] and try to figure [life] out for yourself.”

He became the front man for an up-and-coming rock band and fully immersed himself in the music world. Along the way, Williams found himself spinning in the vicious vortex of addiction.

“For 15 years, I was running from everything I grew up knowing. But that seed [of faith] had been planted in me at such an early age, and it was still there. My amazing family was always there to guide me through the process. I think that’s what brought me back,” he shares.

Williams then made the decision to change his ways, and left his music career in the rearview mirror. He became heavily involved in the church and following in his father’s footsteps, became a worship leader.

The two-time Grammy winner wrote “Love is a Battleground,” featured on the 15-track album, for his wife Crystal. Throughout the song, he describes how thankful he is that she never gave up and stood by him during the hardest parts of his journey.

The title of the album comes from the track “Looking For You,” one of Williams’ favorite songs and the most personal one on A Hundred Highways.

“[“Looking For You”] sums up the whole record because I think about the places I’ve been in my life, all of the dead end streets and dark highways, and I realized that I tried to fill a hole within me with everything else that the world had to offer. There’s a saying ‘The first place you find something is always the last place you look.’ In the last place I looked, I found Jesus. It wasn’t until then that I realized that I had been searching for him this whole time.”

Performing music still tinted the windows of his life as he sang with the congregation while leading services.

In December of 2014, Williams led the church Christmas service, and music producer and songwriter Jonathan Smith, who was his wife’s family for the holidays, happened to fill a pew. Moved by Williams’ vocals, Smith invited him to Music City. They began to write together and Williams’ eventually signed a deal with Provident Label Group.

Over the past 3 years, Smith and Williams have worked to bring A Hundred Highways to life. Not worried about what genre the collection of songs embodied or whether a track would hit No. 1 or not, they told Williams’ story.

A blend of country, rock, Christian and more, Williams defines the genre of this new album as simply, “Zach Williams.”

He states, “I want this record to be a reflection of the journey of how I’ve gotten to where I am. I want people to listen to these songs and know that they are loved.”