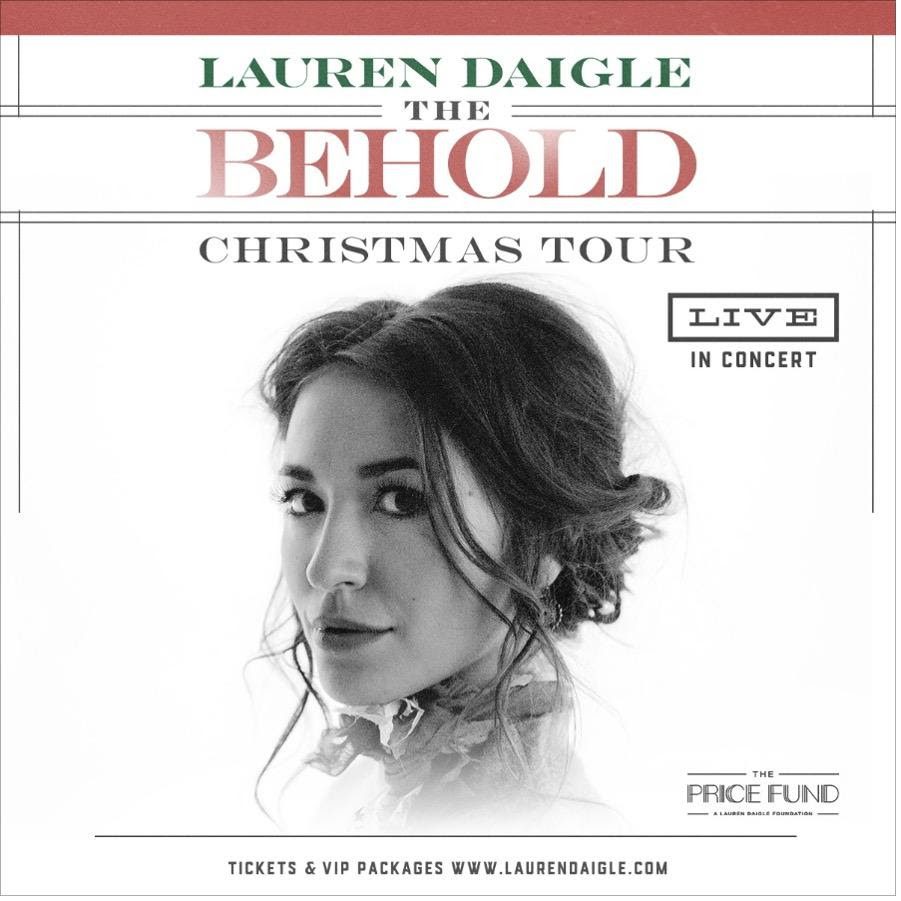 Lauren Daigle is bringing her “Behold: A Christmas Tour” back this holiday season with three nights at Nashville’s Ryman Auditorium from Dec. 6-8.

The special performances will feature some of Daigle’s seasonal favorites from her Christmas album, Behold: A Christmas Collection. The mini-tour will also include two nights at the Saenger Theatre in her home city of New Orleans.

Fans can register now at laurendaigle.com for ticket pre-sale, which begins Sept. 21 at 12 p.m. local time.

“Music has always been a huge part of my family’s holiday celebration,” Daigle notes. “So for me, being able to do these shows every year, to share these songs with others, brings joy to my heart.”

Daigle’s Look Up Child spent 100 weeks at No. 1 and holds the record for the greatest number of weeks at the top of any individual album chart. Additionally, the Grammy-winning crossover hit, “You Say” became the longest-running No. 1 song of any genre on the Billboard Hot charts at an incredible 132 weeks, and has been certified 5x-Platinum by the RIAA.

Her latest single, “Hold On To Me” marks her sixth No. 1 and extends her record of most number ones by a female artist on the chart.