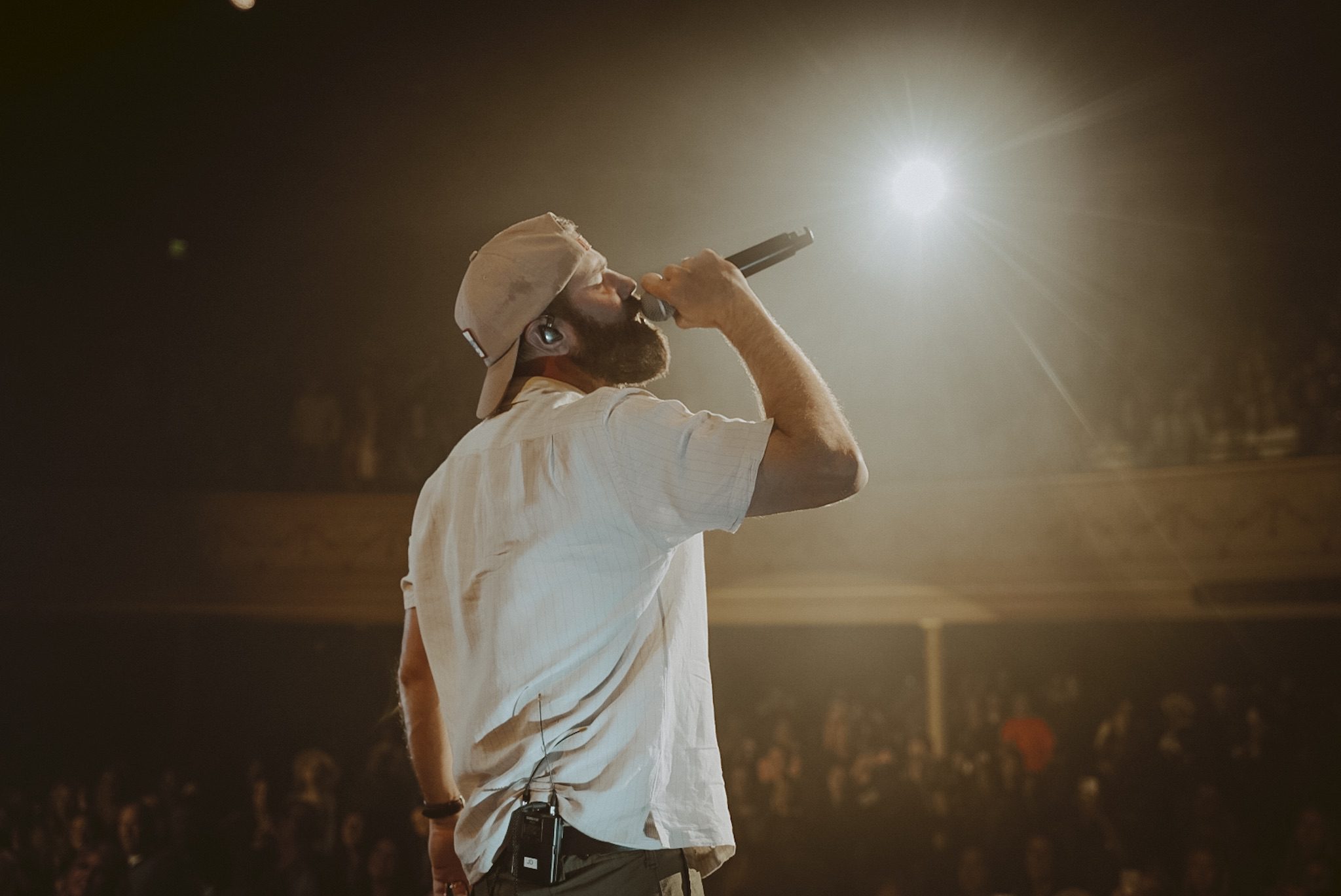 Arista Nashville/Sony Music Nashville duo Seaforth gave a fun and charming opening set to open for Davis. Their set-list included some fun tracks, such as “Anything She Says” and “Good Beer,” but the early-bird crowd ate it up when they performed their downtrodden ballads such as “What I Get For Loving You” and “Breakups.”

It was Seaforth’s first time playing the Ryman stage, and they had a ball. 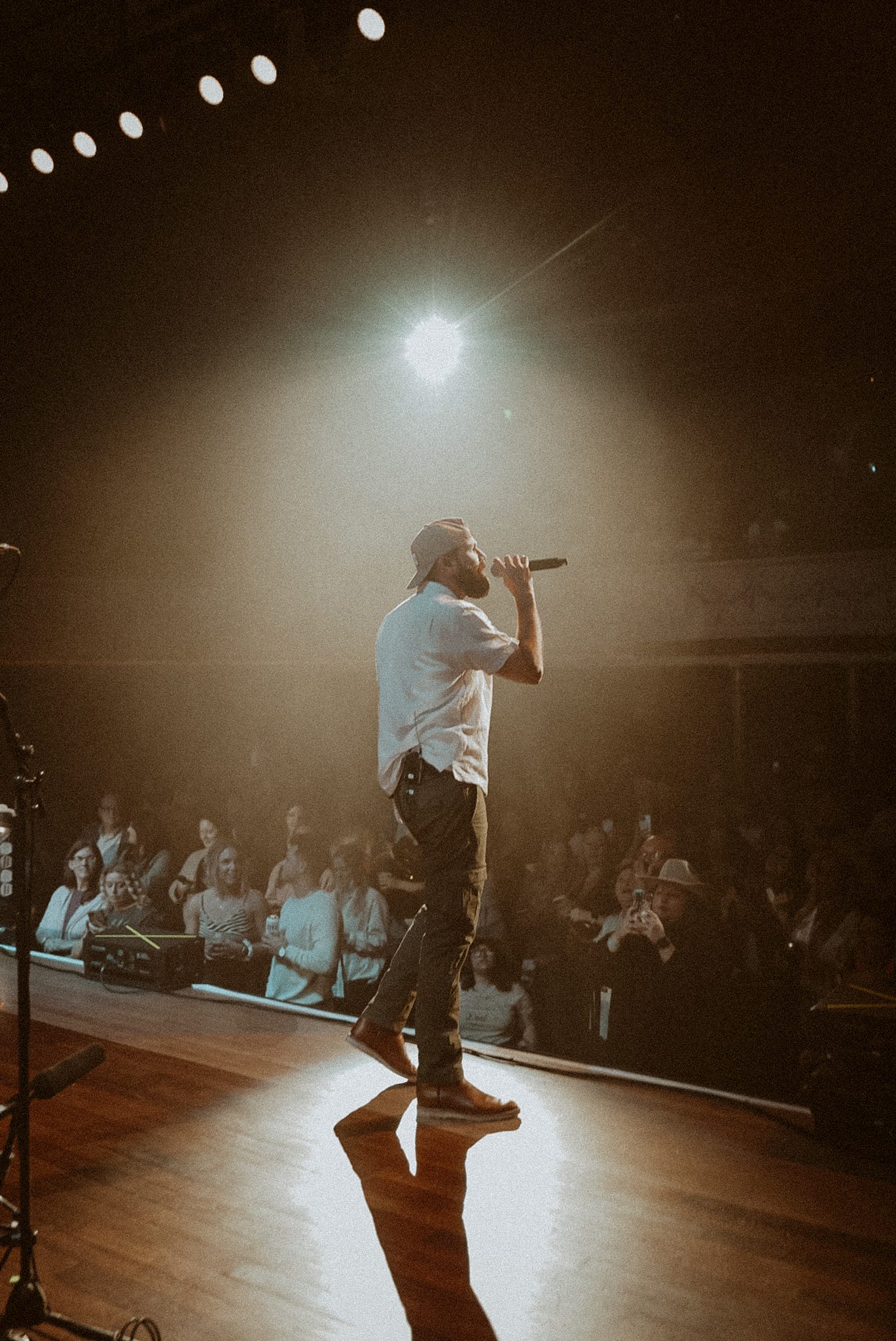 When Davis took the stage, he seemed humbled and slightly shocked that he had sold out the hallowed Nashville stage for two nights. Throughout the night, he thanked a multitude of people and continuously expressed his excitement about headlining the Ryman.

“I moved to Nashville, Tennessee in 2012. I never dreamed this in a million years,” he said. “I moved to town to write songs because I love country music. My uncle was a country songwriter, my brother writes songs and my dad writes songs.

“I met a lot of great people [when I moved here] and I got my first co-write,” Davis continued. “I met more great people. I met somebody from a record label who helped me get a record deal. I’ll be damned, the next thing you know, I’m standing at a sold out show at the Ryman Auditorium.”

Davis’ set was an ebb and flow of loud, hard-driving hits and tender songs about love and life, highlighting the range of his discography.

He came out with the infectiously hooky “What My World Spins Around,” skipping around the stage and pumping his fists. He continued that high-energy with “Singles You Up,” thrilling the audience with his 2018 debut hit. Davis kept the fans dancing and raising their beers to “Drink Had Me.”

Davis’ aptitude for great songs was best put on display when he slowed things down. His performance of “Next Thing You Know,” one of his newest tracks about how quickly life goes by, was sincere and deeply felt by the Ryman crowd. The pews were moving with swaying couples and concert-goers closing their eyes and taking the message in.

Another highlight of the night came when Davis sang the tune “Detours” from his 2020 self-titled project. As the song started to swell, Davis started to weave in verses from Coldplay‘s “Fix You.” By the end, the audience was in the palm of his hand. 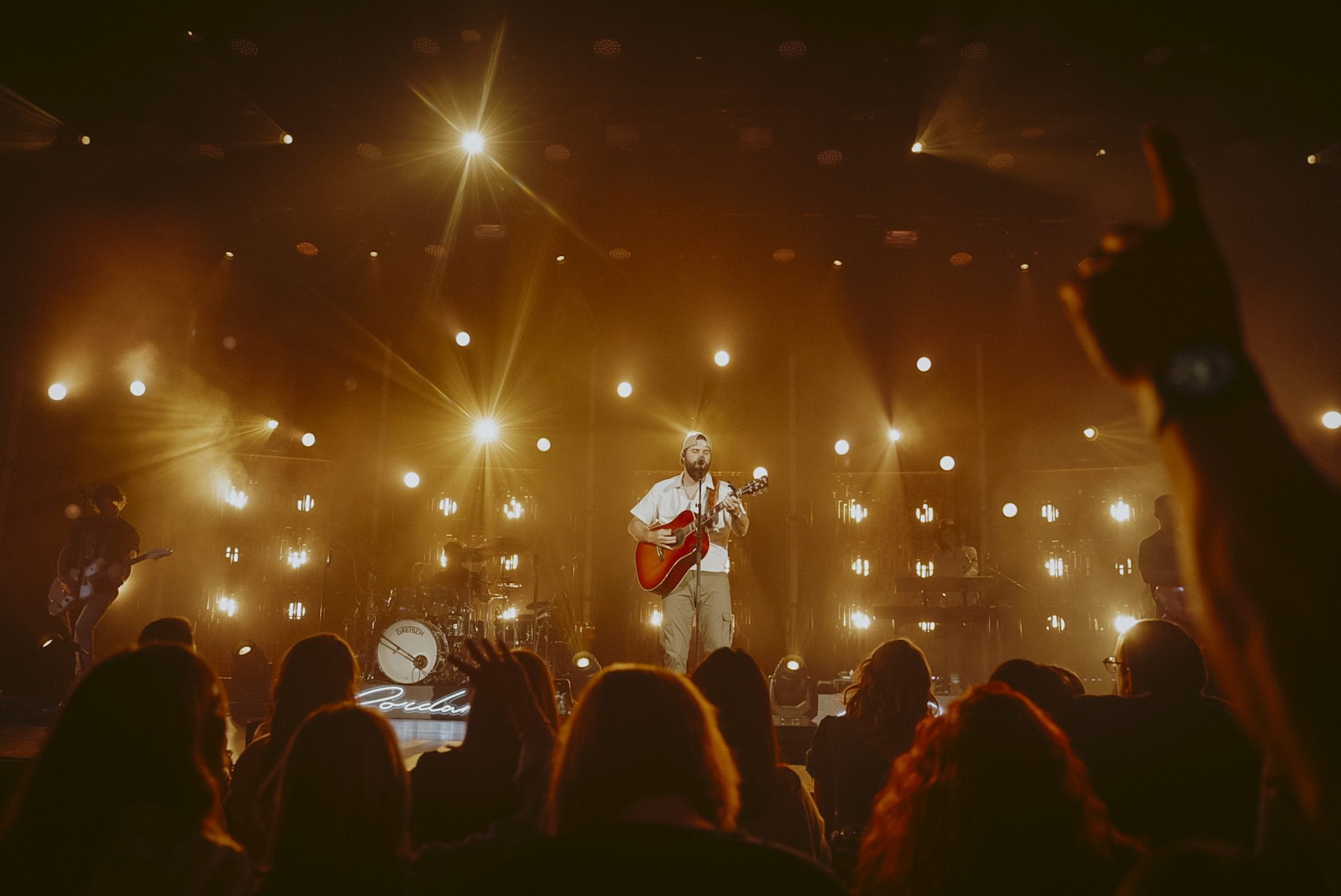 Throughout the night, Davis called out his co-writers and team-members by name. When he performed “Money Isn’t Real,” he took a minute to recognize that although he didn’t write the song, it said exactly what he’d been trying to write for many years. He thanked the song’s writers Jameson Rodgers, Sarah Allison Turner, Jake Mitchell, and Josh Thompson.

The crowd, who stayed on their feet for most of night, was as thrilled to hear more of Davis’ hits, such as “Almost Maybes” and “Take It From Me,” as they were to hear older songs from Davis’ debut Gold-certified debut album, Home State. When he brought out surprise guest Danielle Bradbery to perform their five-day-old song “Midnight Crisis,” a lot of the crowd already knew all the words.

The ultimate highlight of the night came when Davis gave his encore, the Platinum-certified, CMA and ACM-nominated career-song “Buy Dirt.”

“The coolest moment that I’ve ever had in music happened on this stage about a week ago. In Nashville, we have the NSAI Awards and this next song that my brother [Jacob Davis], Matt Jenkins, Josh Jenkins and myself wrote won the NSAI Song of the Year,” he said as the band started to play “Buy Dirt.”

“I can’t tell y’all how special the day was when we sat down and wrote this song just south of Nashville,” he continued. “We wanted to write a song about the three most important things in our lives: our faith in Jesus Christ, our family, and our friends.”

The crowd sang along to every line and Davis smiled out at them with his chin held high with pride.