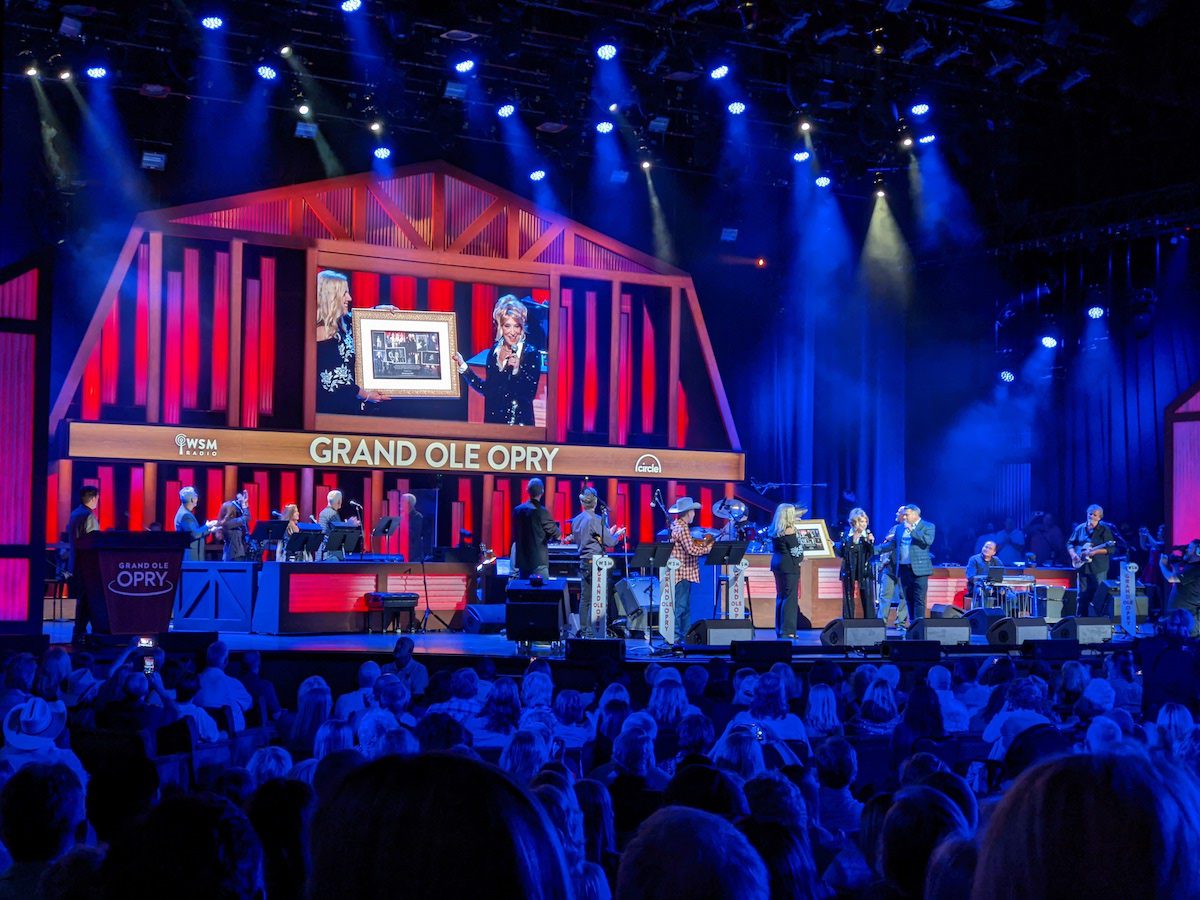 Grammy winning country legend Jeannie Seely commemorated her past while she celebrated the future at the Grand Ole Opry on Saturday night (Sept. 17). The show marked her 55th anniversary as a cast member. Not only that, Seely is now officially the artist who has appeared on the Opry more times than anyone in history. Her 5,226 performances mark her as the all-time record holder in the show’s 97-year history.

“I’m just enjoying every minute of it,” she said to a wildly enthusiastic audience. “I didn’t come here 55 years ago to impress you. I came here to entertain you, and I hope I still can.”

She could. Seely charmed the crowd with the rockabilly romp “Rock-a-Bye Boogie,” her Grammy-winning 1966 torch-song hit “Don’t Touch Me” and 2017’s “Who Needs You,” almost certainly the first song sung on the Opry with a weed-smoking lyric (“It is legal in some states,” she reminded the audience. “Anybody here from Colorado?”).

Opry executives Dan Rogers and Gina Keltner presented her with a commemorative plaque. “This lady is very, very special,” said Rogers. “She is beloved by the staff, her fellow artists and fans like you around the world.”

Seely always refers to Rogers as her “Boss.” As a gag, Rogers prepared an “employee evaluation” review for her. “Attendance? A+ Commitment? A+ Talent? A+ Follows the rules? Needs improvement.” 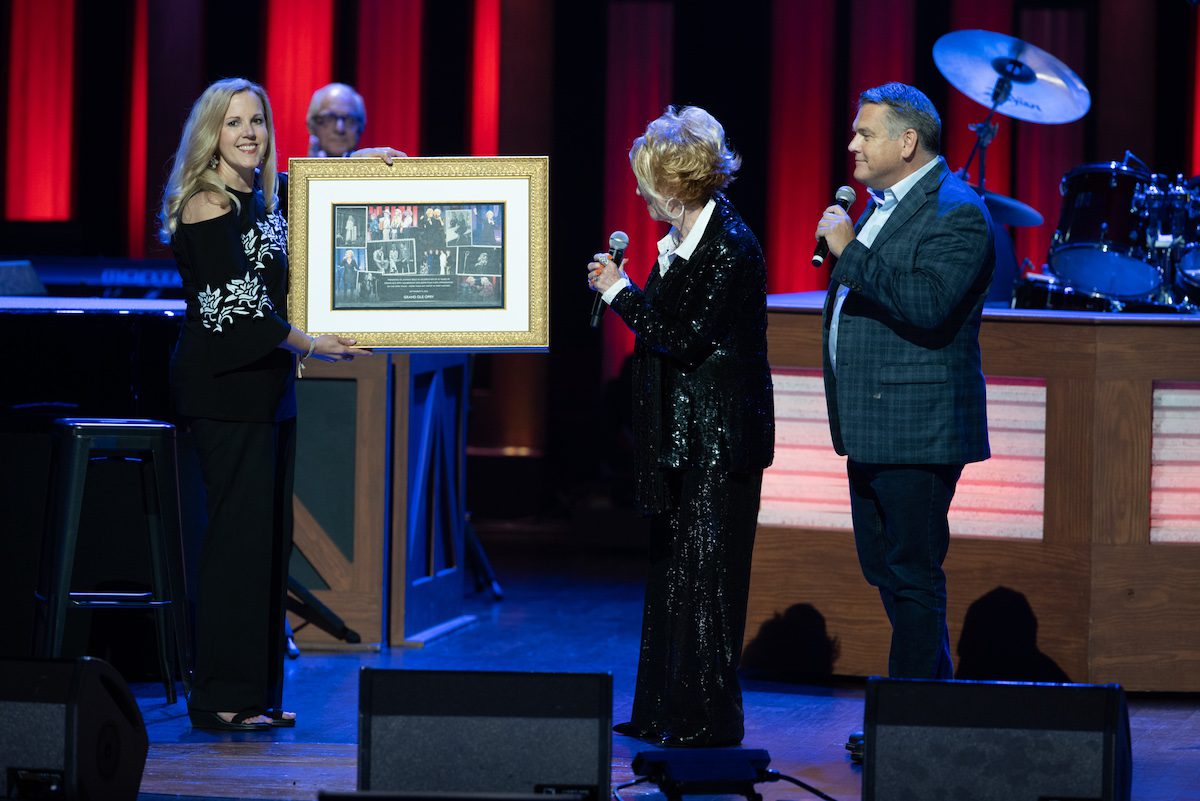 Backstage, she recalled that her first performance on the Opry was May 28, 1966. “I remember feeling every emotion you’ve ever known, from sheer terror to extreme excitement,” she reflected. “I had never been to the Opry until I was on it.

“Ernest Tubb was extremely generous to me. He said, ‘Miss Jeannie, you’re going to be fine on the Opry. Just remember: It’s not your show. It’s not about you. You’re part of something bigger.’ 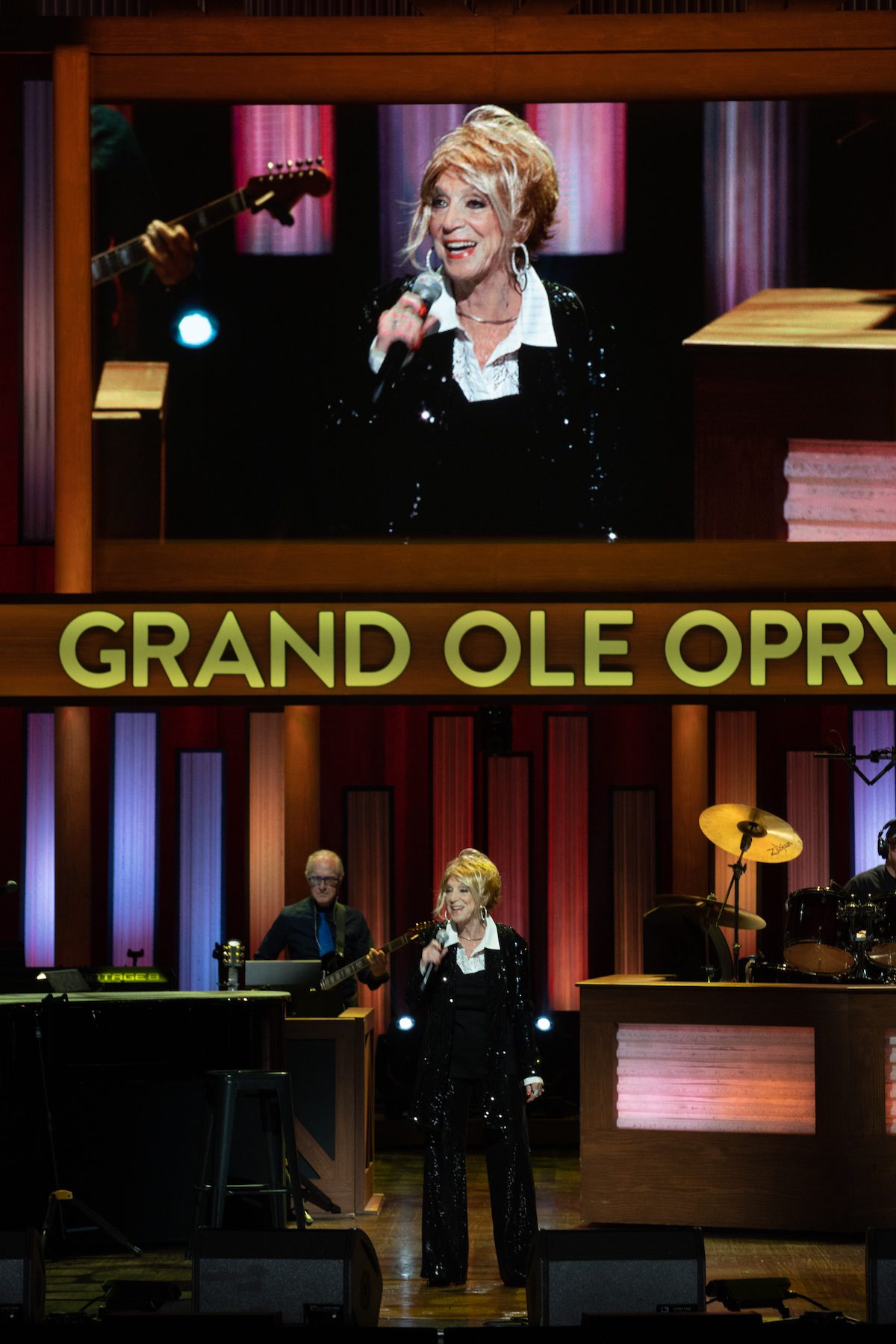 “I never come here [and not] learn something,” Seely continued. “The commitment to the Opry has always been very important to me… This night doesn’t make me feel old; it makes me feel grateful.”

Jeannie Seely was the first Pennsylvanian to become an Opry member. She was the first to record a live album at the Opry House (1978). She broke ground when she wore mini skirts on the Opry’s stage, paving the way for women to wear whatever they choose. She was the first woman allowed to host a segment of the Opry. Until then, only male stars were selected to be segment hosts.

“The changes weren’t for me,” she commented. “They were for all of us. They were for the show. There weren’t many women [in the cast] when I came here — Loretta, Jean Shepard, Wilma Lee Cooper, Connie Smith. But they made it look like we weren’t as important to the show [as men]. You’re ignoring half the people who come to the show, who listen, who buy the tickets.”

Tubb also gave her career a boost when he invited Seely to appear on his “Midnight Jamboree.” This was a live show and WSM broadcast that followed the Saturday night Opry from 1947 until May 7, 2022. The Jamboree was regarded as a showcase for newly minted country recording artists. It was also a promotion for the Ernest Tubb Record Shop’s famed mail-order business that made country records available to fans worldwide. When the record shop folded last spring, so did the show. Jeannie Seely brought the venerable Jamboree back on Saturday night. And she plans to keep it going again as a weekly show from the Texas Troubadour Theater on Music Valley Drive near the Opry complex. Her guests on the comeback broadcast were Sunny Sweeney, Mark Wills, Moore & Moore, Dallas Wayne and the new duo Diane Berry & Joe Wade Smith.

Seely has long made it a habit to introduce newcomers at the Opry. “Somebody held it together for years so I could be here,” she explained. “I need to do that for others.” So she continued her tradition on Saturday night by introducing Chapel Hart. She left champagne in the trio’s dressing room, along with a welcoming note.

“We’re putting them on as the closing act of the segment,” said Rogers backstage. “We’ve never had a debut Opry act close a segment before. We’ll see how it goes.” He needn’t have worried. Nobody could have followed Chapel Hart’s performance. Backstage, cameras captured the trio holding hands and praying in the hallway before their performance. A steady stream of well-wishers crowded the women’s dressing room. 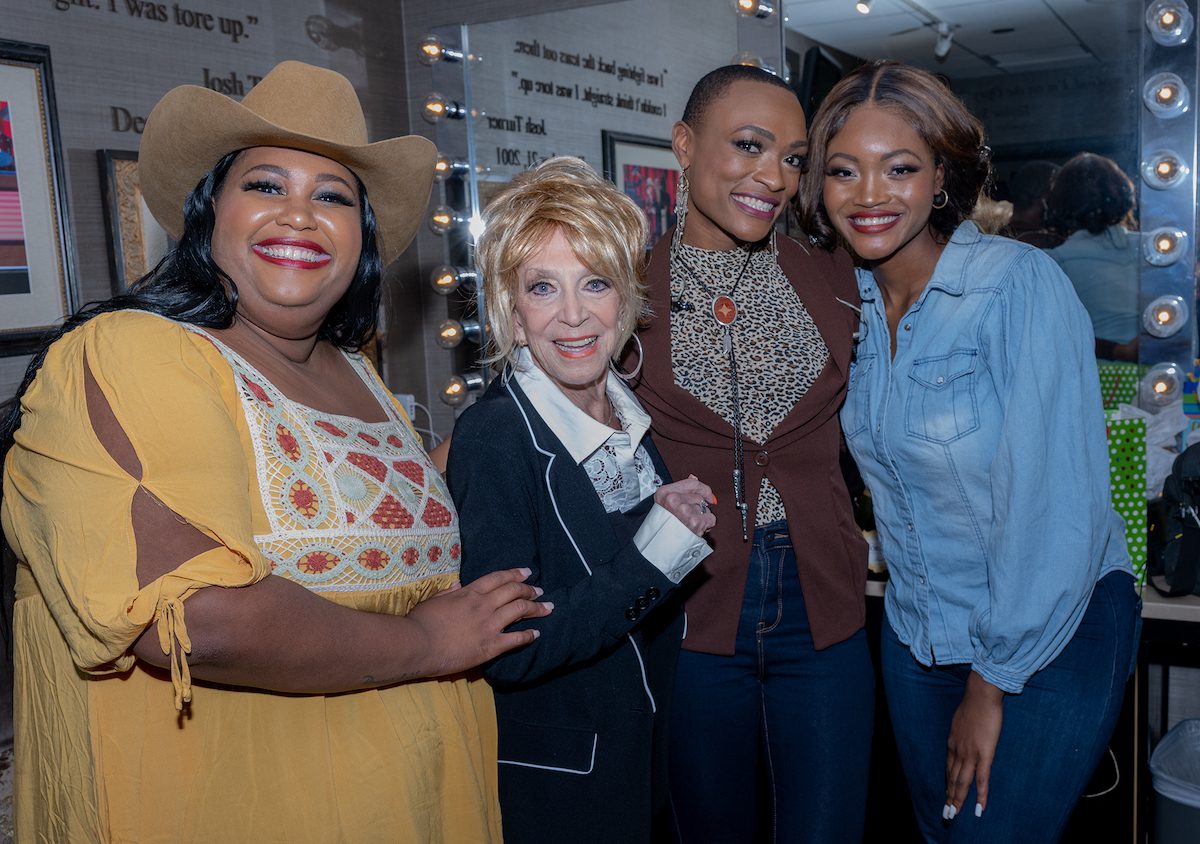 When Seely announced them on stage, the crowd erupted in excitement. Chapel Hart has been competing on national TV on America’s Got Talent and has clearly already won country lovers’ hearts.

The act’s Opry set created pandemonium. The crowd shouted encouragement, offered several standing ovations and shook the hall with cheers. It was the most enthusiastically embraced Opry debut in memory. 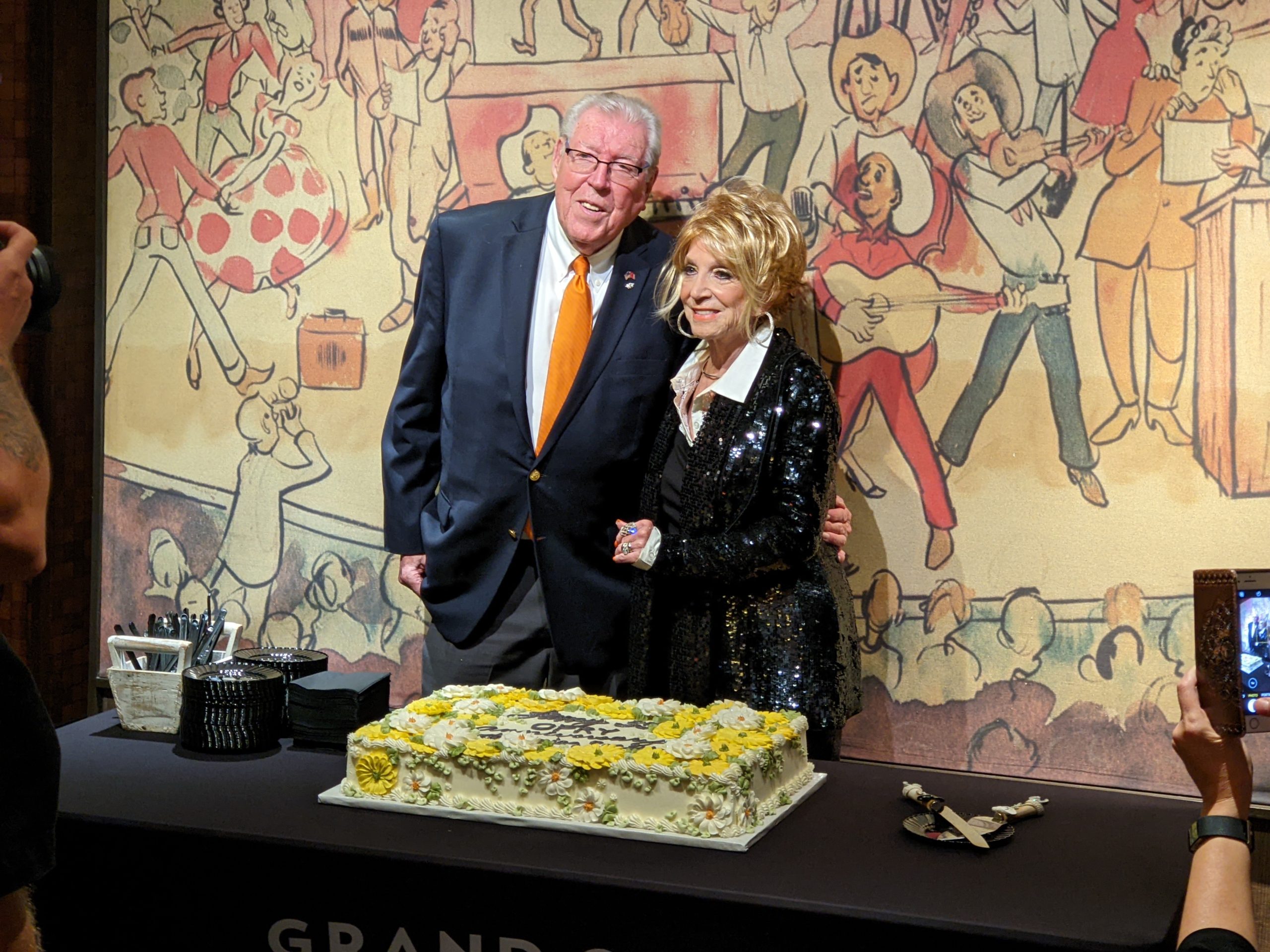 But the night belonged to Jeannie Seely. In addition to her regular Grand Ole Opry appearances, she has been hosting her weekly “Sundays With Seely” show on the Willie’s Roadhouse channel of SiriusXM since 2018. She and Brenda Lee co-host the annual SOURCE Awards in Music City. But what she’s most excited about is ramping up her songwriting activity. “Like I Could,” which Seely cowrote with Erin Enderlin and Bobby Tomberlin, became a No. 1 bluegrass hit for Rhonda Vincent last year. The Opry performance champ has also been co-writing with Buddy Cannon, Gary Burr, Victoria Shaw and Bill Anderson.

Her advice to aspiring Opry performers? “People won’t remember what you say. But they’ll remember how you made them feel. All you gotta do is make them feel good.” 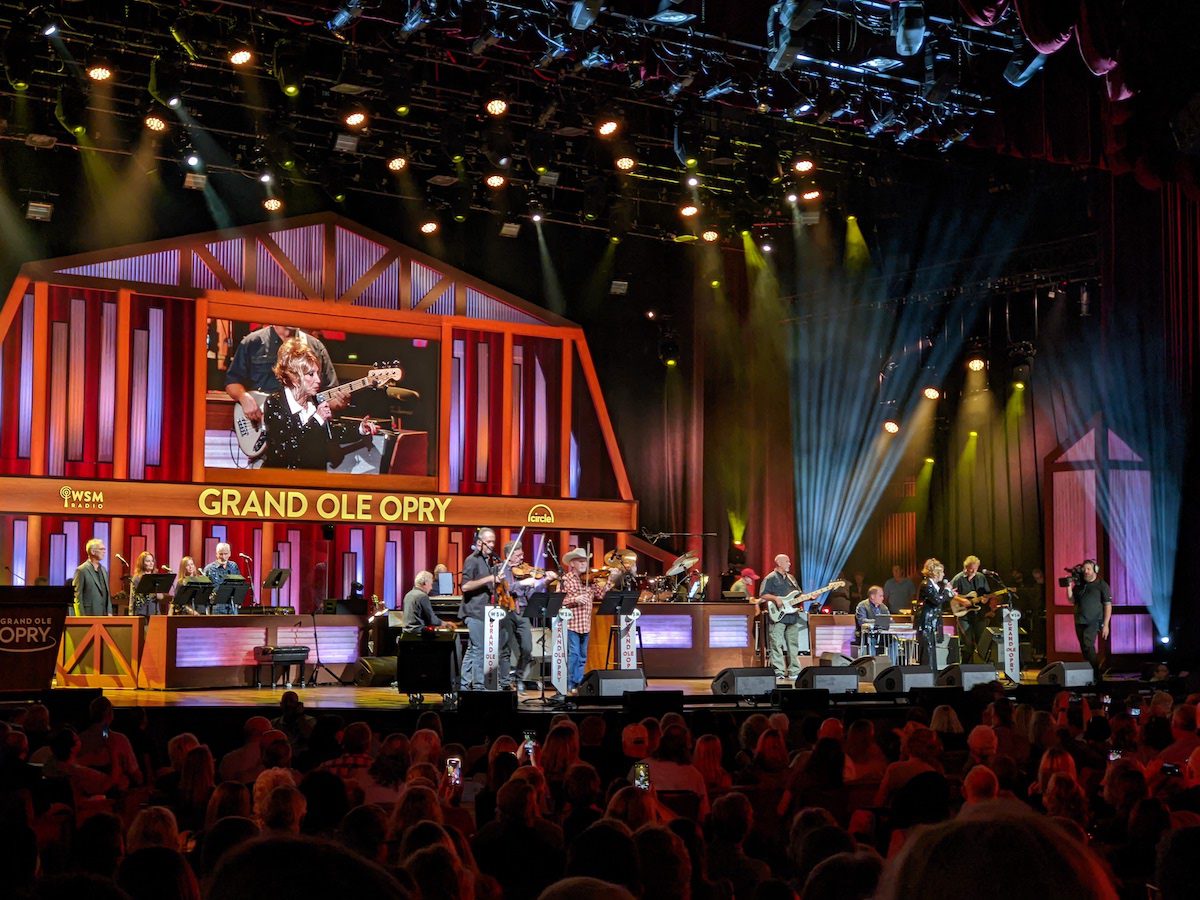