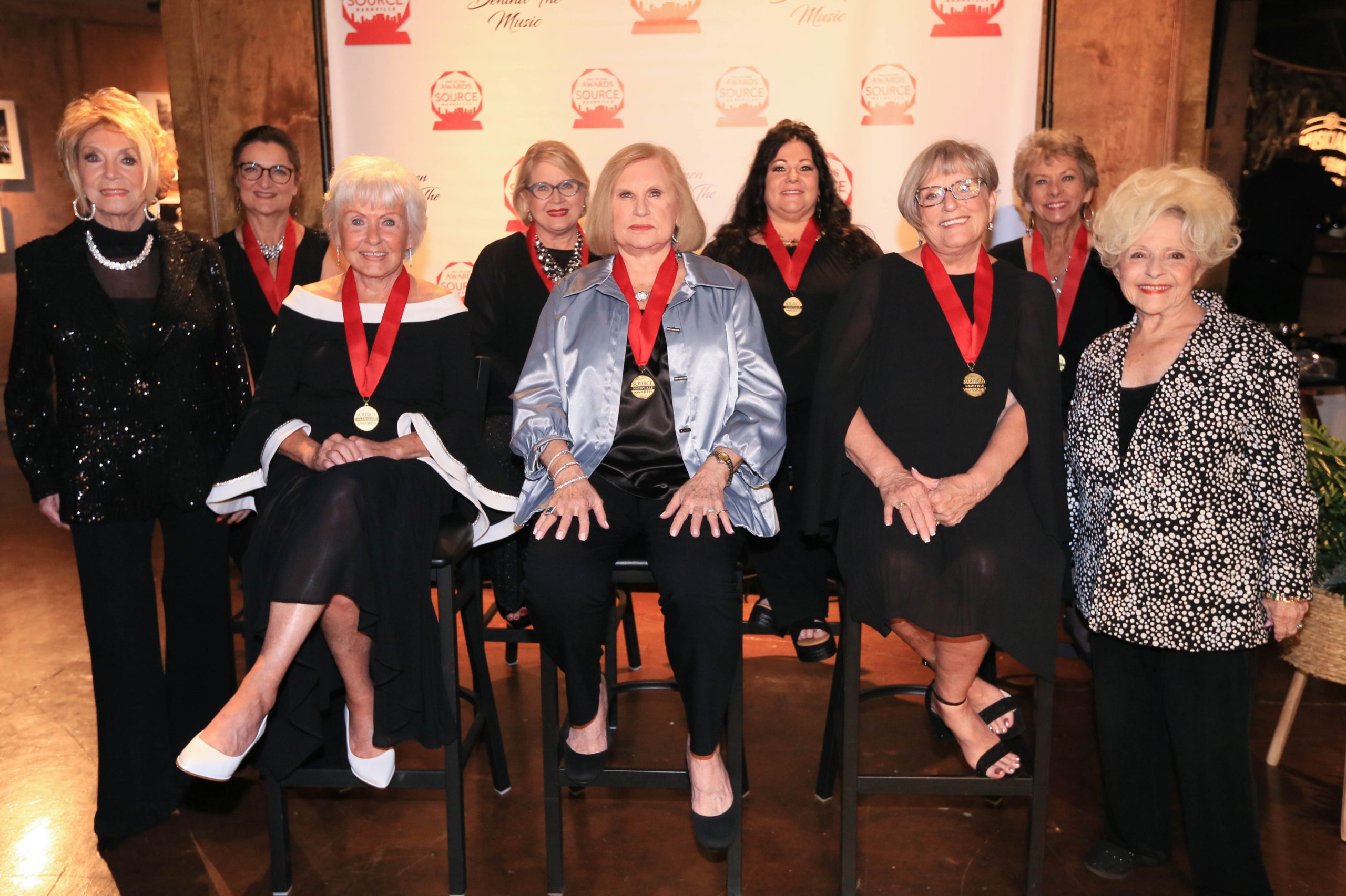 Music industry members gathered at the at the Musicians Hall of Fame and Museum in Nashville’s historic Municipal Auditorium on Tuesday night (Aug. 23) to celebrate seven deserving women who were inducted into the SOURCE Hall of Fame.

Brenda put it best when she said, “These wonderful ladies have given to our world of music their lives. Anybody in this industry knows that it’s not just an eight hour job. You don’t just go to work and put your time in and come home. It’s 24/7 all the time. It’s a love affair that is like no other and these ladies have loved and been loved. We are glad to salute them tonight.” 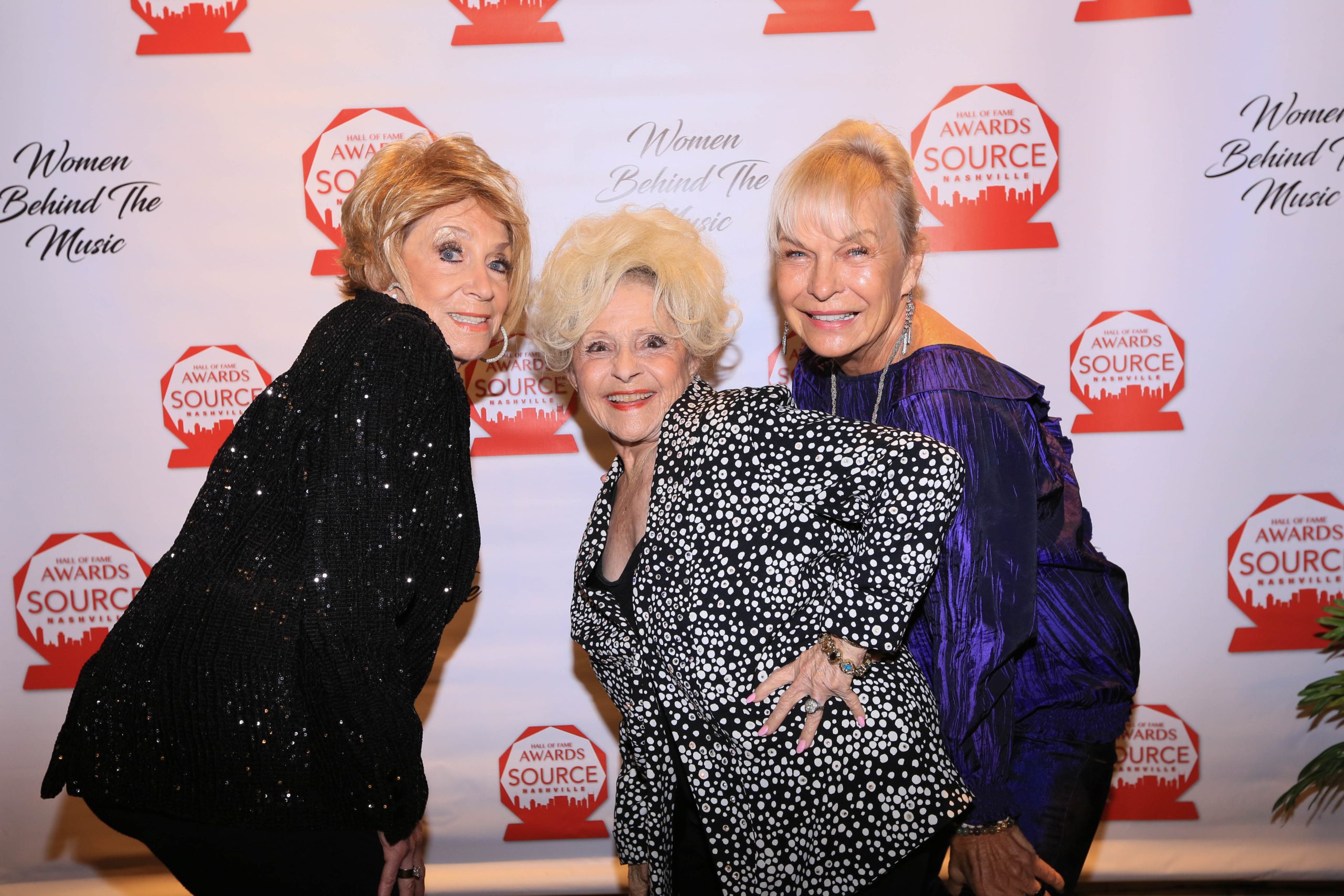 Each of the seven women honored spoke about their hard work, good times and, mostly, the people who supported them as they worked long hours to further their careers.

Margie Hunt was first to be inducted. She spent time working for Waylon Jennings and Jessie Colter, as well as at CBS Records, Sony Music and Hunt Music Services. Marty Stuart sent in a video message to honor her.

“Congratulations on this wonderful honor that you so deserve,” the Country Music Hall of Famer said. “I remember you so well from back in the CBS days. The thing that stands out to me about you was you had a heart for music and the people who made it.”

“It is a profound honor to be recognized by my sisters and peers who embody what SOURCE is all about,” Hunt said. “Ladies, always remember, men work hard…women work miracles.”

She was inducted by Brenda Lee, who had this to say via video message: “You are deserving of this. You have been a wonderful person in our industry. Always giving, always sweet, always accommodating.”

“My family allowed me to work many long hours that it took to be a successful woman in the music industry,” Aleene said. “To quote Cowboy Jack Clement, ‘We are in the fun business. If you’re not having fun, you’re not doing your job.'”

Former ASCAP executive Suzanne Lee was up next. She was honored with a message from ASCAP President Paul Williams.

“Suzanne, you’re one of the hardest working women on Music Row,” he said. “For years you’ve devoted your heart and soul to helping songwriters do what they do best.”

“I’m truly honored to be here tonight,” Lee said. “In 1981, I arrived on Music Row as a wide-eyed rookie and a couple of months ago, I retired as a seasoned professional. Being inducted in the 2022 SOURCE Hall of Fame is the perfect ending to a wonderful and rewarding to career.”

The next inductee to be honored was Dottie Oelhafen. She spent her career working for The Erv Woolsey Company, helping to guide the career of George Strait. The King himself sent her a video message.

“I can’t think of a more deserving person, Dot,” he said. “I want to thank you for all you’ve done for me, for my family and for all these years we could always count on you.”

“There is no college degree that would have taught me all the things I learned from Erv and Connie Woolsey,” she said. “I’m forever grateful to you both for taking a chance on me.”

Norma Jean Owen was next to be inducted. Her career was spent at CBS Records, Columbia Records, Capitol Records and The Entertainment Group. She was inducted by Marie Osmond.

“I wish that I could be there with you. Know that I send my love,” she said.

“I thought the world of [the musicians] and everyone that I worked with at the studio and in the music business in general. They were a great group of people and I made so many friends,” Owen said. “I wouldn’t take anything for the time I spent working in the music business.” 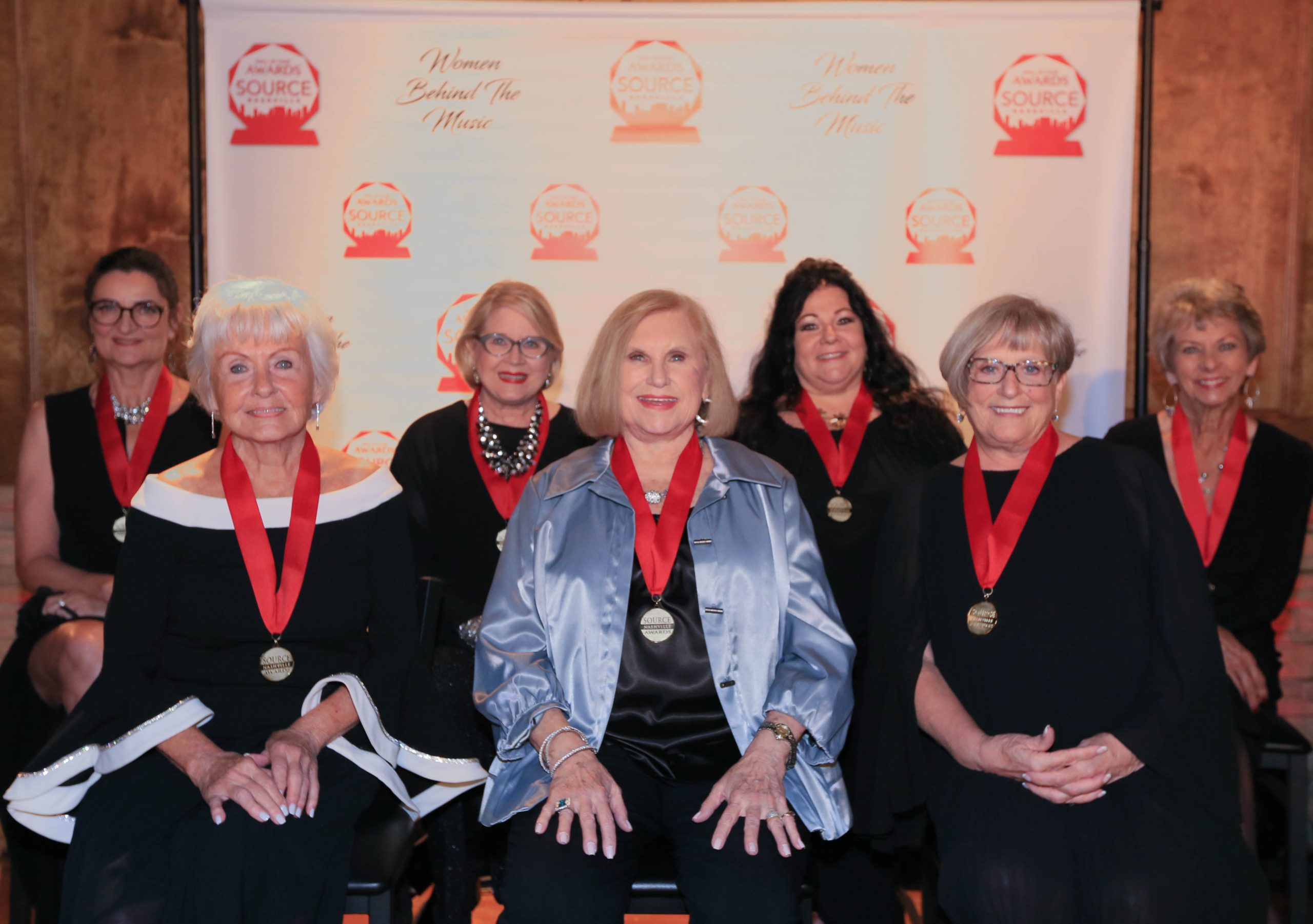 The next inductee to be honored was Betty Sanders. Her career impacted The Pride Music Group, Blake Mevis, The Hyland Company, and Chuck Flood & Associates/Flood, Bumstead, McCready & McCarthy, Inc. She received a special video message from Don Schlitz.

The regarded songwriter said, “I wanted to do something special for you tonight, and I was at a loss of what to do. Then it hit me that I could say ‘I love you’ in a way that you and I will understand.” He then told a joke and sang her a bit of “Forever And Ever, Amen.”

“Music is the magic that connects, empowers and uplifts us. It is there for us when we need a helping hand or to celebrate this human adventure,” Sanders said. “This career has been a wild and wonderful ride. I couldn’t have asked for or dreamed of a better life than the one I’ve lived and experienced so far.”

John Conlee sent in a video message to induct Ima. “She is so deserving. I am so happy for her,” he said.

“Due to the people I met, the relationships I built, and the joy I encountered, I discovered life on a scale I never knew existed had I not been on this career path,” Withers said. “Thank you for the induction and thank you to my friends and family for being here tonight.”

“Thank you for helping us recognize the accomplishments and achievements of seven unbelievable women,” Jeannie said in closing.

Next year’s induction dinner will celebrated the twentieth anniversary of the SOURCE Awards. It will take place on Aug. 29.