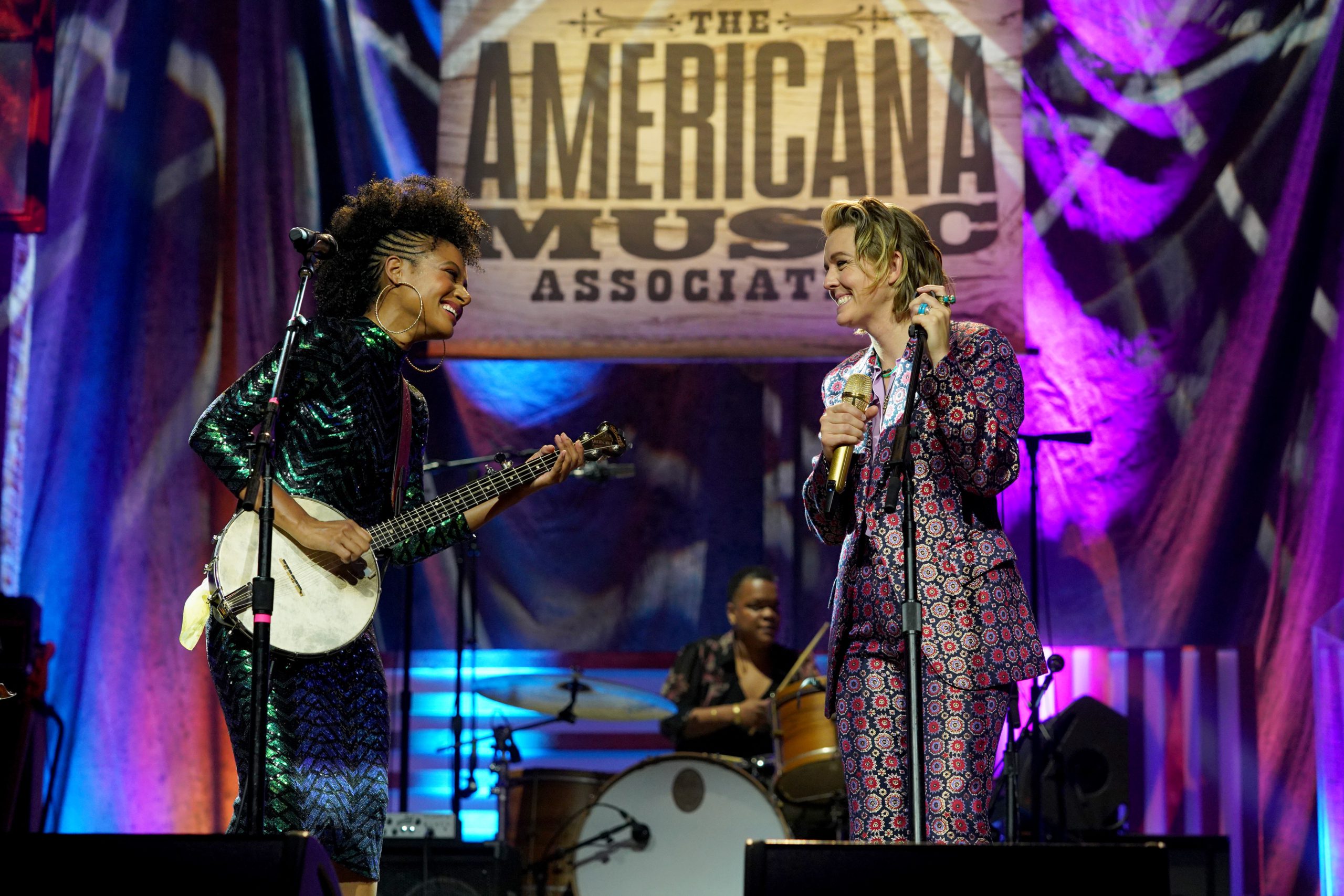 No one dominated the 21st annual Americana Honors & Awards, which was fitting for a ceremony that repeatedly stressed the importance of family and community.

During the three-plus hour ceremony, Carlile took the stage to collaborate vocally with Russell and The Indigo Girls. During the showcase of her own song “You and Me on the Rock,” she joyously shared the stage with the captivating female duo Lucius.

In summing up the mood of the evening, The War and Treaty’s Michael Trotter observed, “Americana music is the sound of family.” Joey Ryan of the co-hosting Milk Carton Kids added, “You guys are our family, and we came here to root for each other.” Presenter Ann Powers of NPR said simply, “We ARE family.” 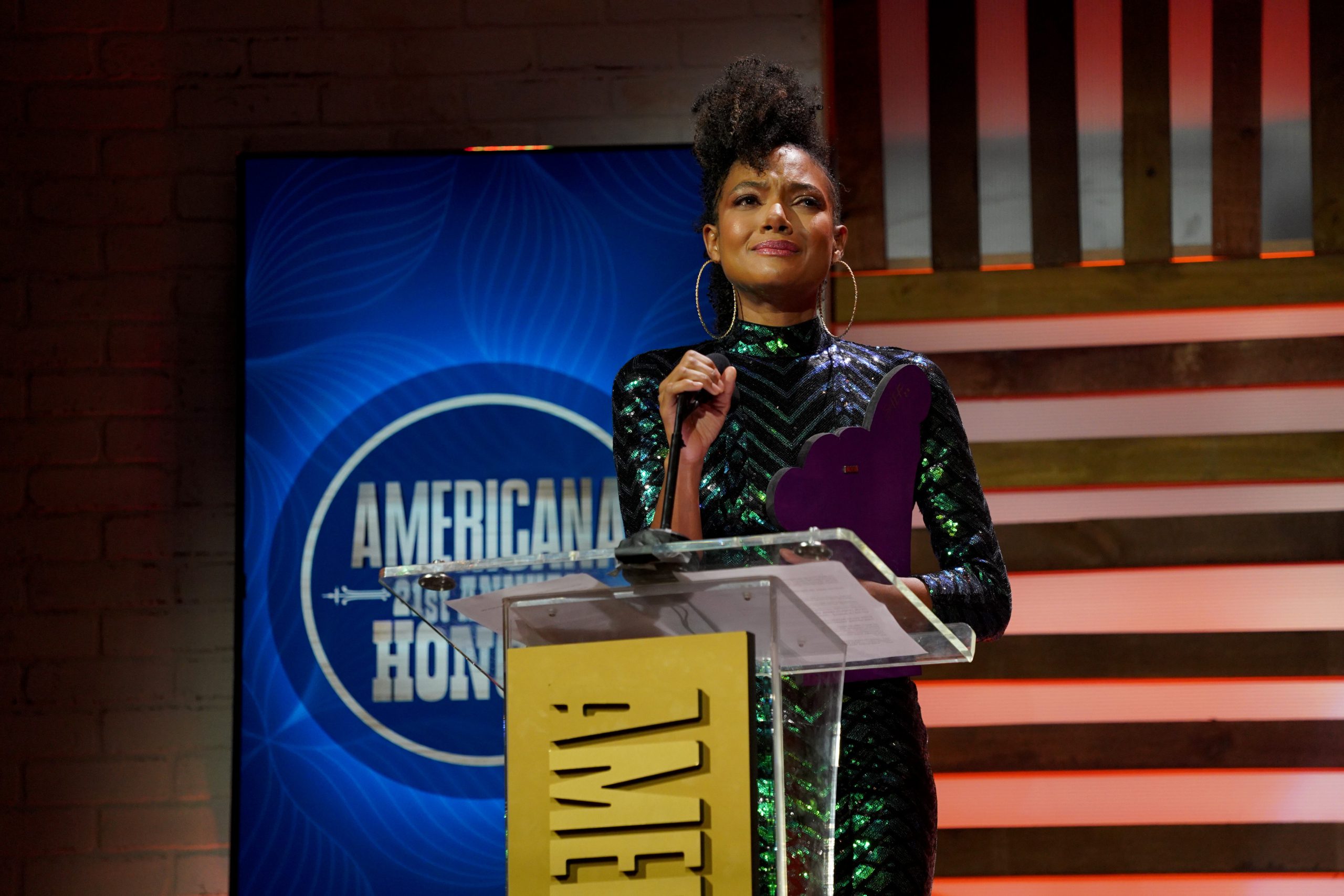 In accepting her award, Russell echoed them, saying, “I wasn’t lucky with the family I was born to or fostered by. This community saved me.” This was theme of her winning solo debut album.

That Americana community is more diverse than ever, with artists spread widely over musical styles, ethnic backgrounds and sexual orientation. Instrumentalist winner Maestro is of Filipino descent and commented at length about Black and minority representation in the genre. Carlile observed that music by The Indigo Girls was banned because the duo is lesbian. “They were fundamental to my coming of age,” she said. “My first act of baby activism was fighting my way through religious protesters to an Indigo Girls concert.”

The evening was punctuated by multiple standing ovations. The first performance to earn one was The Fairfield Four’s singing of “Rock My Soul.”

This group, founded in Nashville in 1921, won the Legacy of Americana award. Last year’s winner was The Fisk Jubilee Singers, whose director, Paul Kwami, died this week. A moment of silence was observed in his honor.

The War & Treaty’s soulful performance of “That’s How Love Is Made” was greeted by an even more enthusiastic standing ovation. After they won the Duo/Group of the Year award, member Tanya Trotter said, “The road has been long and hard, but it has been worth it.”

This was followed by a standing ovation for Don Williams, who died in 2017. The country-music hitmaker of 1974-91 won the President’s Award. “What you heard in those songs is who Don Williams was,” said presenter Garth Fundis, the country superstar’s producer. Lukas Nelson saluted Williams with a performance of “Lord I Hope This Day Is Good.”

Emerging Artist winner Ferrell drew the next standing ovation. She delighted the crowd in The Ryman Auditorium with her dazzling couture (with matching sequined silver mask and gown), her mountain-twang vocals and effortless showmanship. She sang “At the End of the Rainbow” with the crowd arching its arms overhead to imitate rainbows. “I never thought I’d be up here,” she said when she accepted her award. 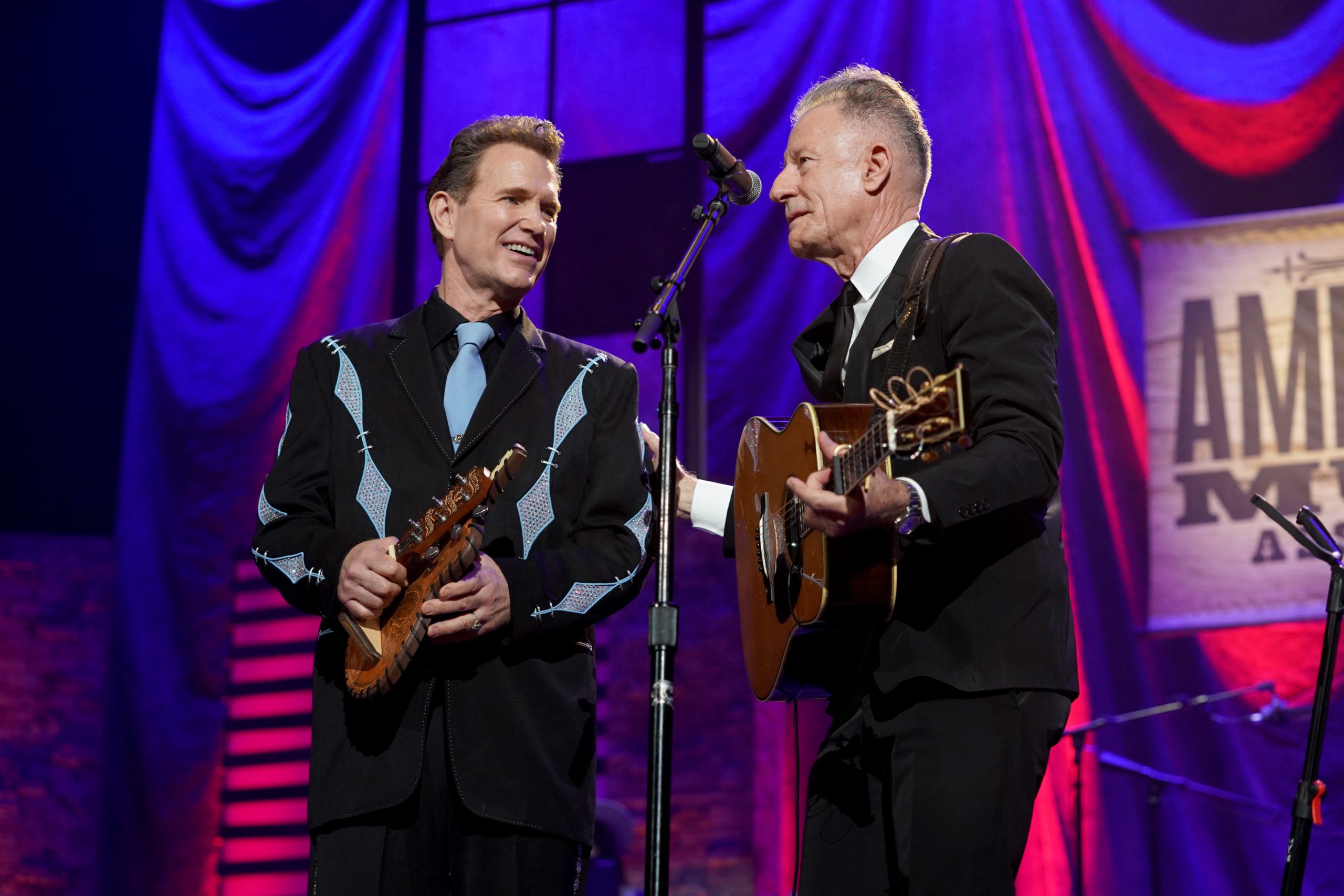 Lyle Lovett’s presentation of the Lifetime Performance honor to Chris Isaak was another crowd pleaser. He saluted him with “We Gave Each Other Covid, Now We’re Friends.” Then Isaak offered a dramatically range-y vocal on “Somebody’s Crying.”

Album winner Allison Russell performed a dynamic, propulsive “You’re Not Alone” with Carlile as well as Sista Strings and Maestro.

Robert Plant announced a new Americana award called The Buddy and presented it to its namesake and first recipient, Buddy Miller, the longtime leader of the Americana Music Association’s house band. Miller received another standing ovation. Miller was surprised by the announcement. “I have no idea why I’m getting this,” he said. “I’m overwhelmed. This is so moving.” He then performed “Wide River to Cross” with The McCrary Sisters.

Hayes Carll presented the Song of the Year to “Right On Time” by Carlile, Dave Cobb, Tim Hanseroth and Phil Hanseroth. “What an honor!” Carlile exclaimed. “The most important thing about this song is that it says that sometimes the shit is gonna hit the fan.”

A standing ovation greeted Al Bell when he was presented with his Jack Emerson Lifetime Achievement Executive AMA honor. “What an august evening and occasion,” he said. “I feel your spirit.”

When Carlile offered her “You and Me on the Rock,” she received yet another standing ovation. She was followed by Russell’s Outside Child winning for Album of the Year along with producer Dan Knobler. “I feel so honored to be part of this community,” Russell said tearfully. “I have been unbelievably lucky.” 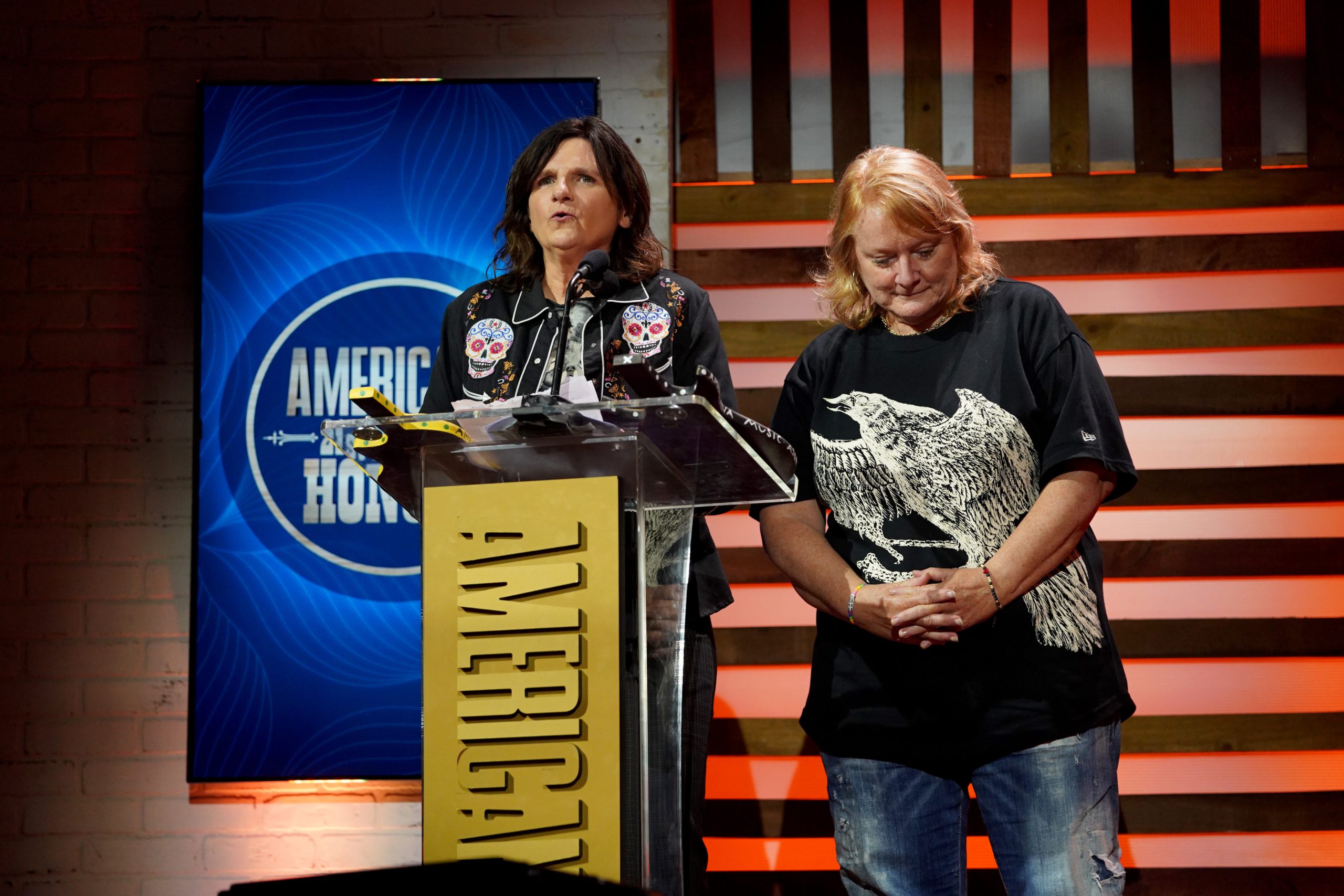 Carlile presented The Indigo Girls with the AMA’s Spirit of Americana Free Speech in Music award. “No one does activism alone,” said the duo’s Emily Saliers. “The struggle for equality if going to take years. We all need to keep the flame of social justice alive.” Amy Ray led the duo’s performance of “Galileo,” with Carlile offering harmonies.

Ann, Alfreda and Regina McCrary returned to honor their late sister Deborah McCrary, who passed away in June. “She is missed terribly,” said Regina. “One of the last things she said to me was ‘Don’t leave me.’ So every show, we mention her name.” The trio dedicated a slow, bluesy treatment of “Amazing Grace” to Deborah. The McCrarys are the daughters of the late Rev. Sam McCrary, who founded honorees The Fairfield Four.

The McCrarys also led the finale song with the whole cast joining in. It was “I’ll Take You There,” co-written by honoree Bell and originally introduced on Stax by The Staple Singers.

The awards are voted on by the 3,400 members of the Americana Music Association. The AMA ceremony will be broadcast by Circle Network in November and on Austin City Limits in 2023.