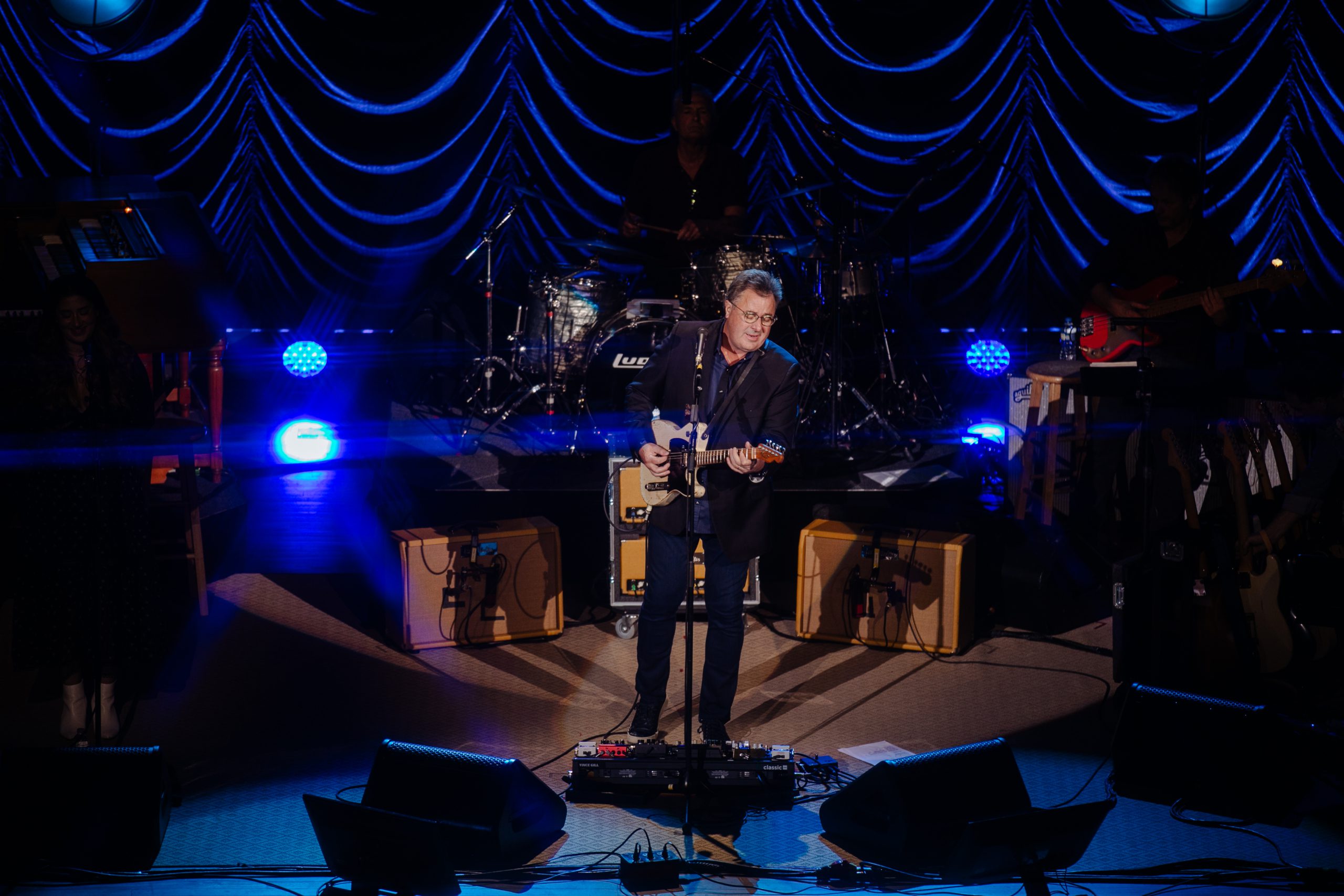 Country Music Hall of Famer Vince Gill closed out a sold-out, four-night residency at the Ryman Auditorium on Sunday night (Aug. 7). The run of shows featured plenty of great music each night and, true to Gill’s style, lots of jokes.

Gill, who was recently selected to be honored in CMT’s Giants series, played nearly four hours each night. He thrilled concert-goers with hits such as “One More Last Chance,” “Tryin’ to Get Over You,” “Don’t Let Our Love Start Slippin’ Away,” “I Still Believe in You” and many more. His voice as smooth and expressive as ever, Gill joked about being 65 and getting the senior discount, but his talent has refined even more with age. 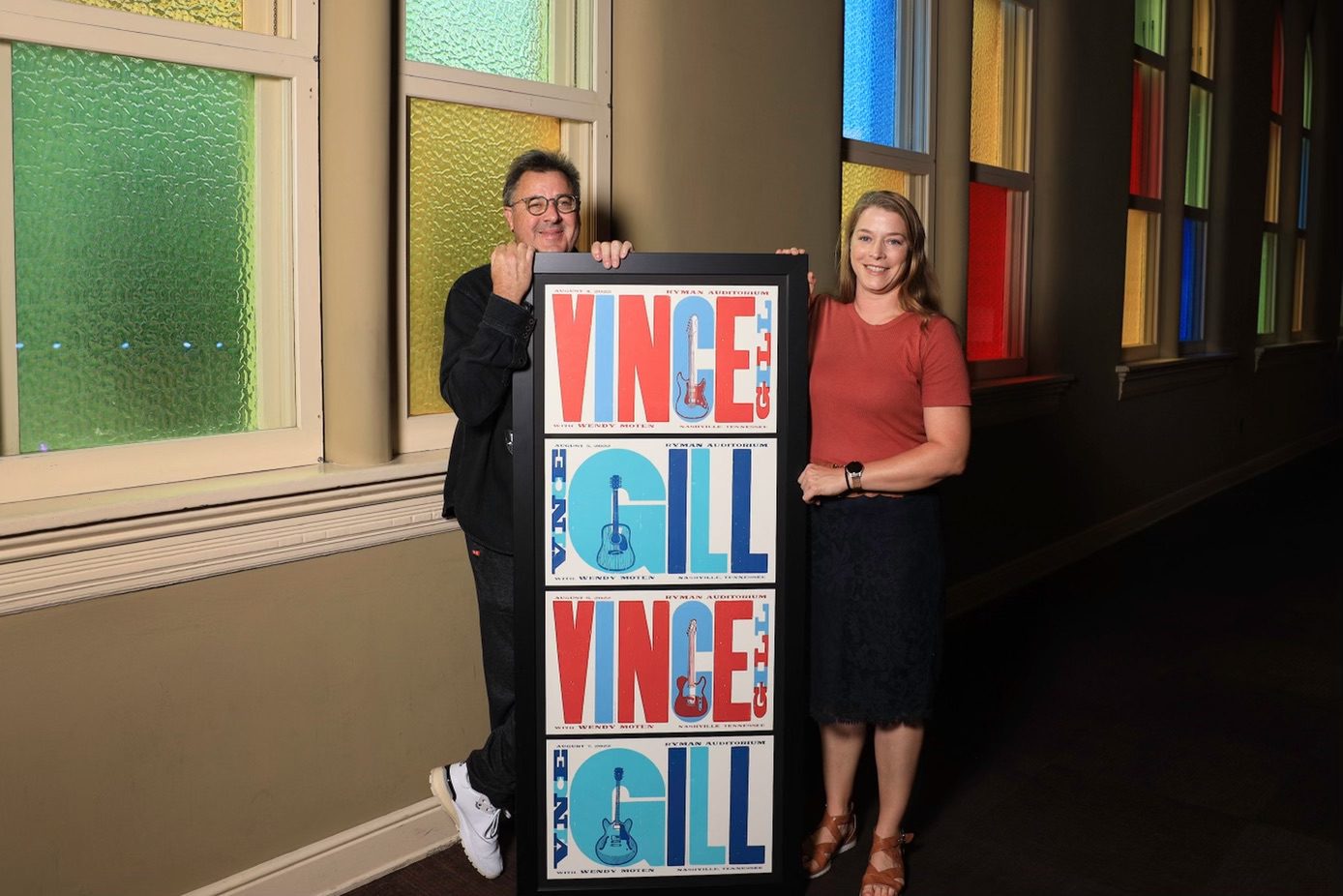 On Thursday night (Aug. 4), Gill said he and his band hadn’t been on the road for his own shows in three years—though Gill has been on the road with the Eagles. The Grand Ole Opry member took the time to fit sections in the show that clearly thrilled him to perform. He played some bluegrass, some of his favorite songs that weren’t big hits, and a few covers—in addition to his many hits.

In a really special moment, Gill spotlighted iconic steel guitarist Paul Franklin when he played two songs from their project Bakersfield, a tribute to Merle Haggard and Buck Owens. The two country giants sounded wonderful on Haggard’s “The Bottle Let Me Down” and Owens’ “Together Again.”

Gill also told many stories behind his songs—letting the crowd in to his often humorous perspective on the music business. One funny story he told was about writing his epic romantic song, “Look at Us,” with Music Row hitmaker Max D. Barnes. He said that he had approached Barnes, the writer of Vern Gosdin‘s weeper “Chiseled in Stone,” to write a sad song.

Gill brought the title “Look at Us,” but Barnes thought the characters in the song ought to stay together. When Gill pushed back, Barnes encouraged him to look around the room at Barnes’ Grammys and songwriting awards. “He was right!” Gill quipped before playing the 1990 classic. 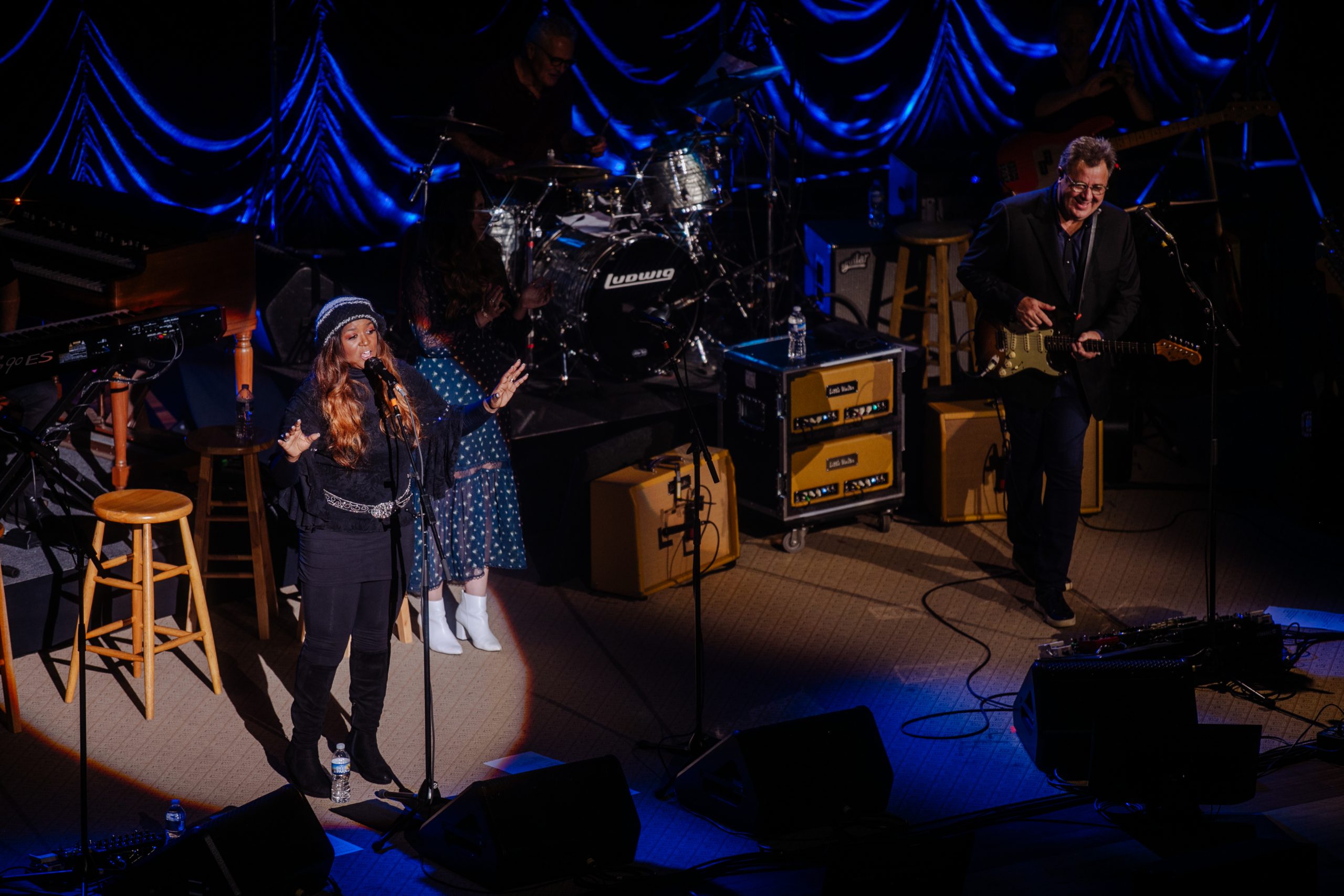 Another awesome section of music came when Gill turned the spotlight over to the astoundingly talented Wendy Moten, who sang backup alongside Gill’s daughter Corrina throughout the night. Though Moten was billed as the opener, Gill wanted to make sure she was properly heard, so he placed her set just after intermission.

The Ryman crowd was not disappointed in the pause in Gill’s music as her Thursday set was fantastic. She sang a hair-raising version of Bobbie Gentry‘s “Ode to Billie Joe” and another great cover of Jeannie Seely‘s “Don’t Touch Me.”

“I watched Hee Haw and Soul Train growing up, and fell in love with both!” Moten said before closing her set with Aretha Franklin‘s “Ain’t No Way.” It’s no wonder Gill gave her such a precious time slot—Moten is a born entertainer.

On another night, Gill and daughter Corrina performed a special tribute to her mom Amy Grant, singing her dad’s 2021 Grammy award-winning Best Country Solo Performance of “When My Amy Prays,” changing the lyrics to “When My Momma Prays.” Grant has been recovering from a bicycle wreck, and Gill was thankful for the prayers—though he did make sure to make jokes about convincing his superstar wife that he produced the Beatles.

Gill will be back on the Ryman stage, with his dear wife Amy Grant, at their annual “Christmas at the Ryman” residency from Dec. 12-21. Tickets are available now.