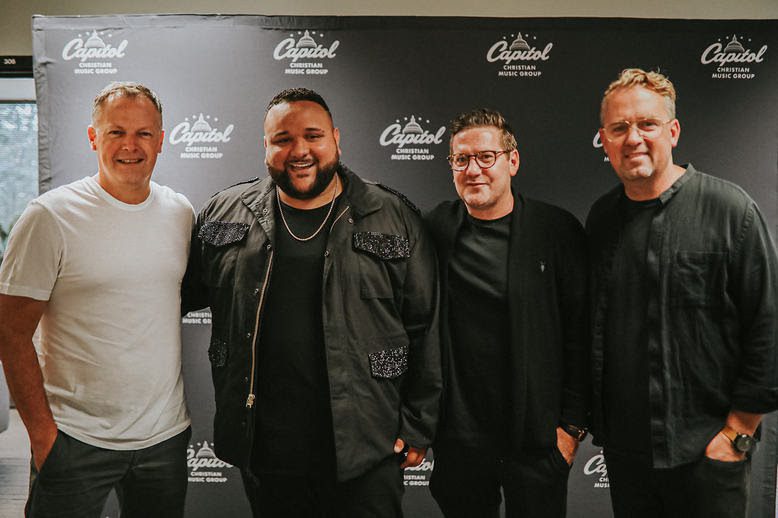 Growing up in a Puerto Rican family in the middle of Queens, New York, Rosado got his start singing at neighborhood block parties. At 10 years old, his family moved to Tampa and he began singing in choir at church and school, later becoming a worship leader and gaining traction in the local music scene. After auditioning for The Voice, Rosado quickly became a fan favorite as a part of Team Kelly [Clarkson], winning viewers over with his vocal talent and heartwarming story of adopting his niece when he was just 21.

“We could not be more excited to welcome Jeremy Rosado to our roster,” share Brad O’Donnell and Hudson Plachy, Co-Presidents, Capitol CMG. “He’s an incredible vocalist with a rare talent and powerful story. We can’t wait to start putting his music out into the world and believe big things are ahead for him.”

“I am so honored to be joining the Capitol Christian Music Group family,” Rosado adds. “I’ve been pursing this dream of mine for 10 years and those years have been filled with ups and downs. This season has been so redeeming for me and my story… the path that I’ve walked to get here has not been easy, but everything I’ve faced in my life so far has led me to this point. I’m finding myself living in a state of gratitude at what God has done and how He has brought my dream back to life! I’m beyond excited for what the future holds, and thrilled to be walking into this next chapter with the Capitol team alongside me.”

Rosado is currently working on new music with plans to release songs later this year, and will hit the road with Newsboys this fall on their “Stand Together Tour.”