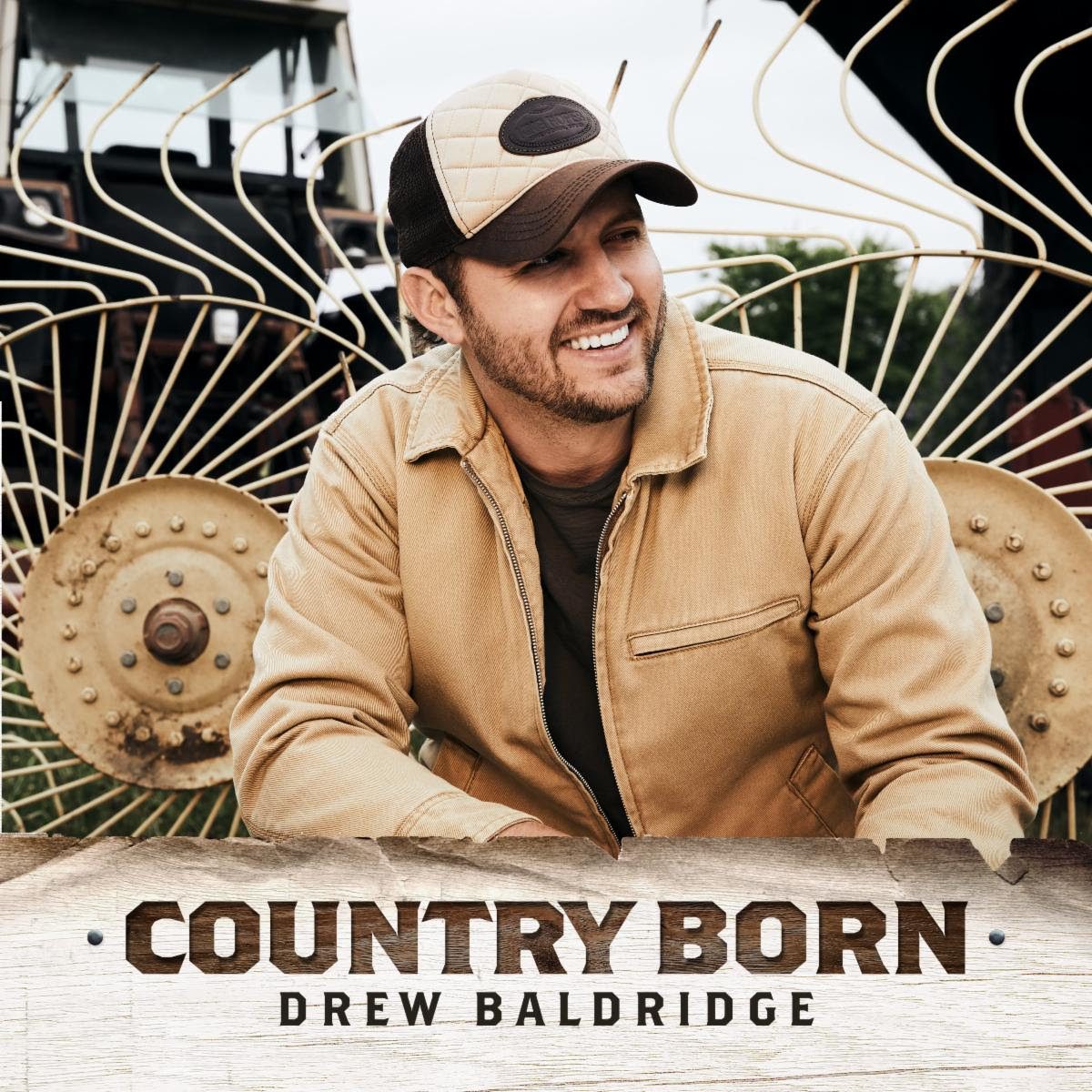 Drew Baldridge is gearing up for the upcoming release of his sophomore album, Country Born, on Sept. 30.

“First,” a brand-new track from the project written by Baldridge with Lydia Vaughan and Jordan Dozzi, is available now. The inspiration for “First” came out of a conversation that Drew had with his wife, Katie, where he expressed his hope that he goes first because he doesn’t want to live life without her.

“I am so excited to pay homage to my small-town roots through Country Born,” shares Baldridge. “This collection of songs encapsulates who I am and how my upbringing shaped me into the person I am today.”

With over 130 million total catalog streams, Baldridge has carved his own independent path. Prior to “Little Bit,” he released six songs in the last 18 months, all of which he co-wrote. His viral hit “She’s Somebody’s Daughter” has amassed over 235 million TikTok impressions and has been streamed over 60 million times.

The new album announcement comes as Baldridge gears up for his “The BIG Baldridge and Bonfire Music Festival” in his hometown of Patoka, Illinois on Oct. 1. The one-day only outdoor festival is the culmination of over 200 “Baldridge and Bonfires Tour” stops over the last two years. He will headline this special event and perform never-before-heard tunes as well as fan-favorites along with other acts on the lineup including Craig Campbell, Dylan Wolfe, Murphy 500 and Katie Hatch.