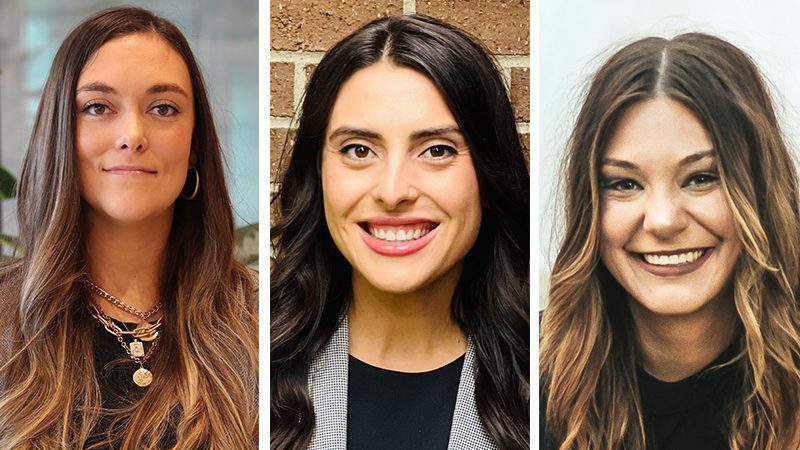 “The Big Machine communications department has a long-standing reputation for being strategic and creative with strong execution,” notes Senior Vice President of Communications Jake Basden. “We are excited to welcome Quinn Kaemmer to the team, as she is a highly respected publicist with a fresh energy who further strengthens our media and industry relationships. Shelby Paul’s much deserved rise to Director is a result of her 7-year tenure at Big Machine where she has consistently delivered media campaigns for both BMLG and Big Machine Music publishing while Macy Kaiser’s tenacity and go-getter attitude makes her the perfect person to be the department’s coordinator.”

A member of MusicRow‘s NBT Class of 2022, Kaemmer joins BMLG from BBR Music Group, where she started in 2017 as a Manager and rose through the ranks to Senior Director. During her tenure, she handled publicity efforts for artists such as Elvie Shane, Frank Ray, Locash, Lindsay Ell, Jelly Roll and Blanco Brown. She was also responsible for the publicity launch of Best New Artist Grammy nominee Jimmie Allen, as well as ACM New Female Artist of the Year and Song of the Year winner Lainey Wilson. The North Carolina native and Elon University alum also led the publicity efforts for Randy Houser’s Magnolia album and Parmalee’s return to the top of the charts. Kaemmer’s previous stops include NPG PR, Marlo Marketing and Reed PR. She can be reached at [email protected].

Since joining BMLG seven years ago as an intern, Paul has been key in the media campaign and development of ACM and CMA Awards Female Artist/Vocalist of the Year Carly Pearce. Contributing to opportunities for Thomas Rhett, Lady A, Brantley Gilbert and Brian Kelley, she also seeks out placements for Danielle Bradbery, Tyler Rich, Callista Clark, Conner Smith and songwriter Laura Veltz, as well as introducing newcomers Tiera Kennedy and Shane Profitt. Shelby graduated from Central Michigan University and previously worked in Los Angeles with the Academy of Country Music on PR and marketing efforts for the 50th annual awards show before joining BMLG in 2015. She can be reached at [email protected].

Kaiser joins BMLG as a Coordinator, Publicity where she will assist in the public relations efforts for BMLG’s diverse roster of artists. She joins the team from CMA where she worked as a Communications Assistant, handling Artist Relations and Production for this year’s CMA Fest. She previously worked in digital marketing and partnerships in the diamond industry. She graduated with a Bachelor’s from Western Kentucky University and a Master’s from Southeastern University. She can be reached at [email protected].