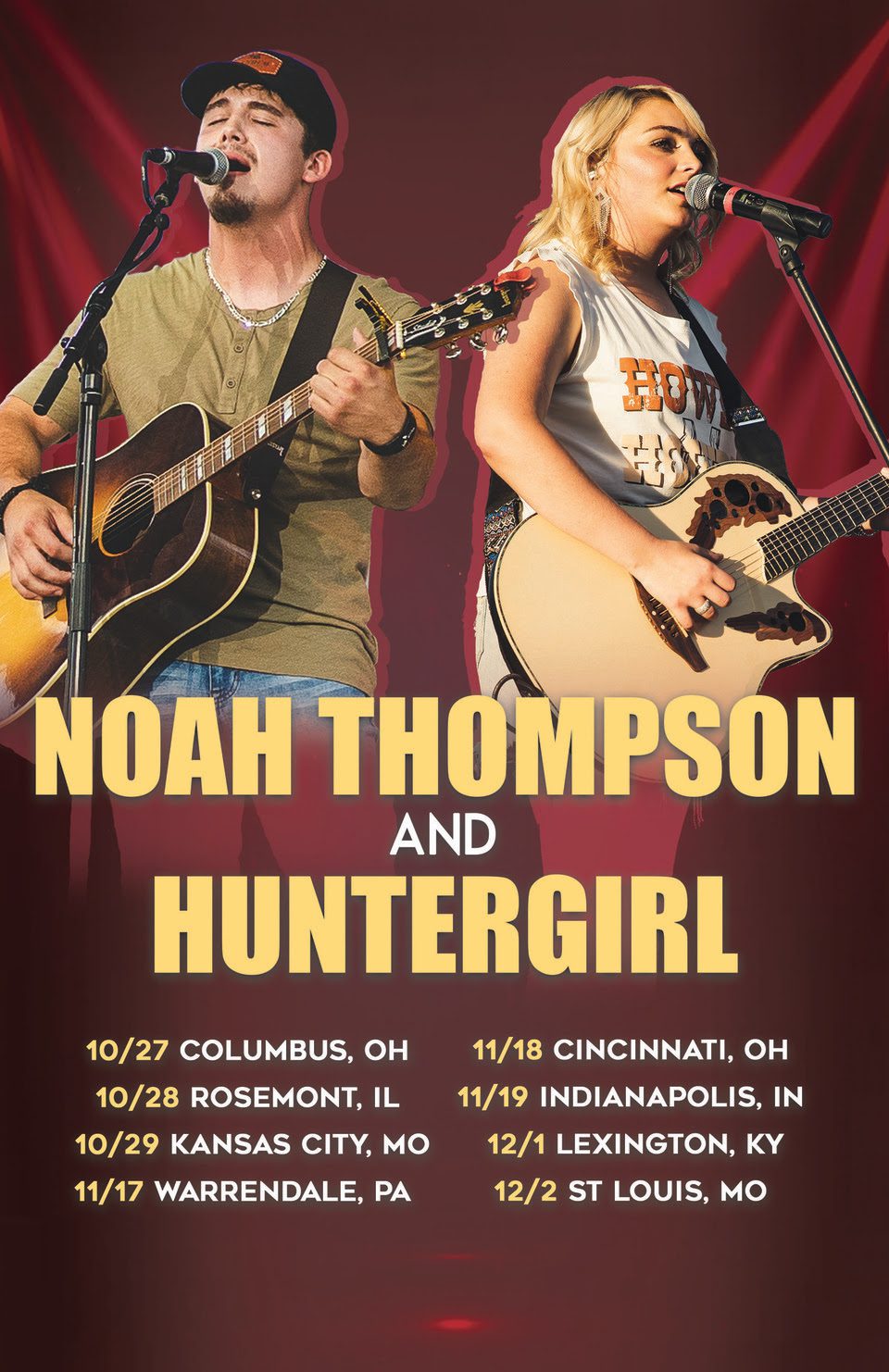 The eight-date trek will make stops in Kansas City, Cincinnati, Indianapolis, Lexington and more through Dec. 2. Tickets go on sale this Friday (Aug. 26), and are available for purchase on each of their sites here and here.

Thompson released his debut song “One Day Tonight” during his time on Idol, which immediately shot to No. 1 on iTunes All Genres and country charts, and is still averaging nearly one million streams per week. He is preparing to release new music later this year, writing songs with some of the most sought-after writers in Nashville, and recording with producer Jimmy Robbins.

HunterGirl’s original song, “Red Bird,” skyrocketed to No. 1 on iTunes All-Genre and country charts. With family members who have served in the military, HunterGirl holds a deep admiration for our country’s armed forces and works with many veteran organizations, where she uses music therapy to transform veterans’ stories into songs.

“I can’t believe a year ago, I was working construction, and now I’m announcing a tour with one of my closest friends, HunterGirl,” says Thompson. “HunterGirl and I met on Idol and became really close. We’ve stayed friends, and now we get to get out there on the road together. One of my favorite things to do is get up on stage and sing. I am literally living in my dream world.”

“This past year has been one of the most incredible years of my life,” says HunterGirl. “It is going to be so much fun being on tour with one of my good friends, Noah Thompson. I am excited to be on the road with my band and have the chance to play new music that will be coming out soon.”