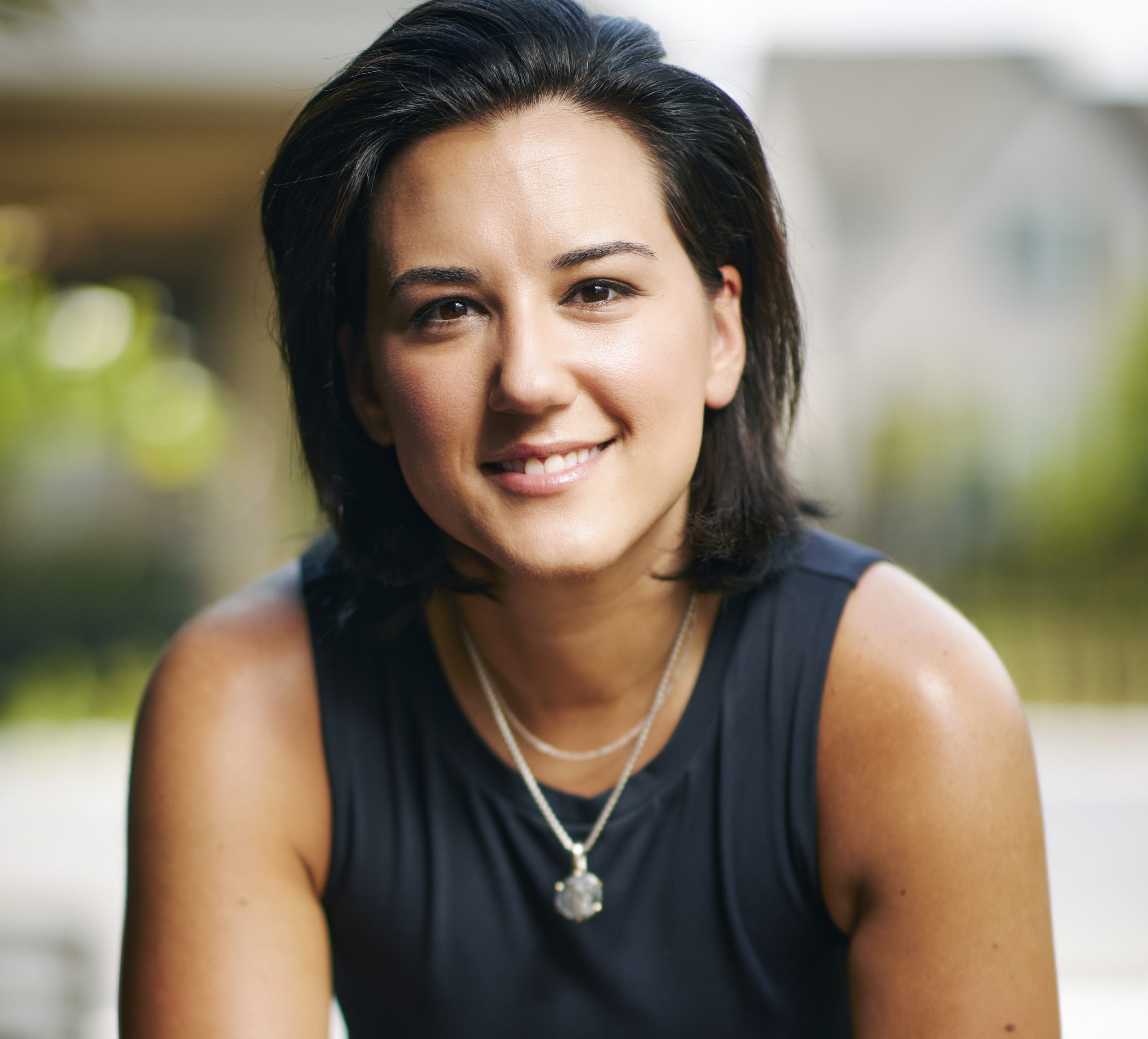 I was actually born in Turkey. My family is from there and most of my extended family still lives there. We lived there for about four years before my dad got a job in Canada. He’s a surgeon and had aspirations of practicing medicine in the U.S., which is a very difficult thing to do when you go to med school in a different country. We were in Canada for several years and then we moved to Saudi Arabia. We spent four years in Saudi Arabia and then moved to the States.

We lived in Virginia for a while where my dad took three or four years to redo his exams from the beginning [so he could practice medicine in the U.S.]. We went from Virginia to Memphis, where he worked in a hospital. That was eighth and ninth grade for me. Then we moved from Memphis to Nashville for my second half of high school. I went to Orlando for college and then moved back to Nashville. 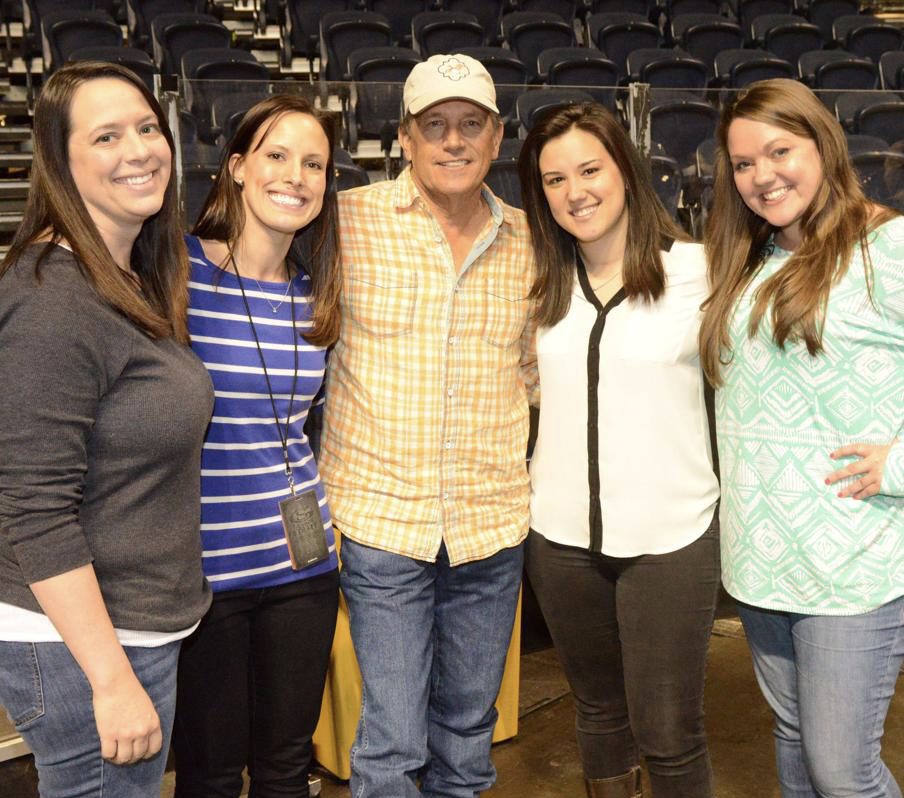 When in your upbringing did you decide that you wanted to pursue a career in the music business?

I started as pre-med in college. At some point I said, “I’ve got to figure out where my passion is. I don’t want to be in a hospital all day.” So then I went pre-law and thought, “This is not going to fire me up either. There’s no passion here for me.” I sat down and started thinking about what made me truly happy. Music has always been one of those things. I never really found any fire on the performing side, but I loved the effect that music could have on people. After seeing how that happened to me, I realized I wanted to be part of the process of getting music out to fans.

I had lived in Nashville and I had a few connections—really one main connection. That was a friend of mine from high school. His older sister worked for Shaun Silva, who is one of the premier directors in town. I ended up interning and working for her and him right after college. That was a really great foot in the door for me.

What did you do with them?

I basically did anything and everything. I took out the trash, I was up at the front desk, I ran tapes to artists, and I edited Shaun’s treatments. I’ve always loved the English language, and I was good at formatting and editing, so he had me edit the treatments that he would pitch out to labels and to artists. I ended up being a PA on music video shoots. Eli Young Band‘s “When It Rains” was the first music video that I worked on. I got great experience on the creative side, like how to bring a story to life, how to tell a story with a visual medium, and how that can play a major role on the music side of things. 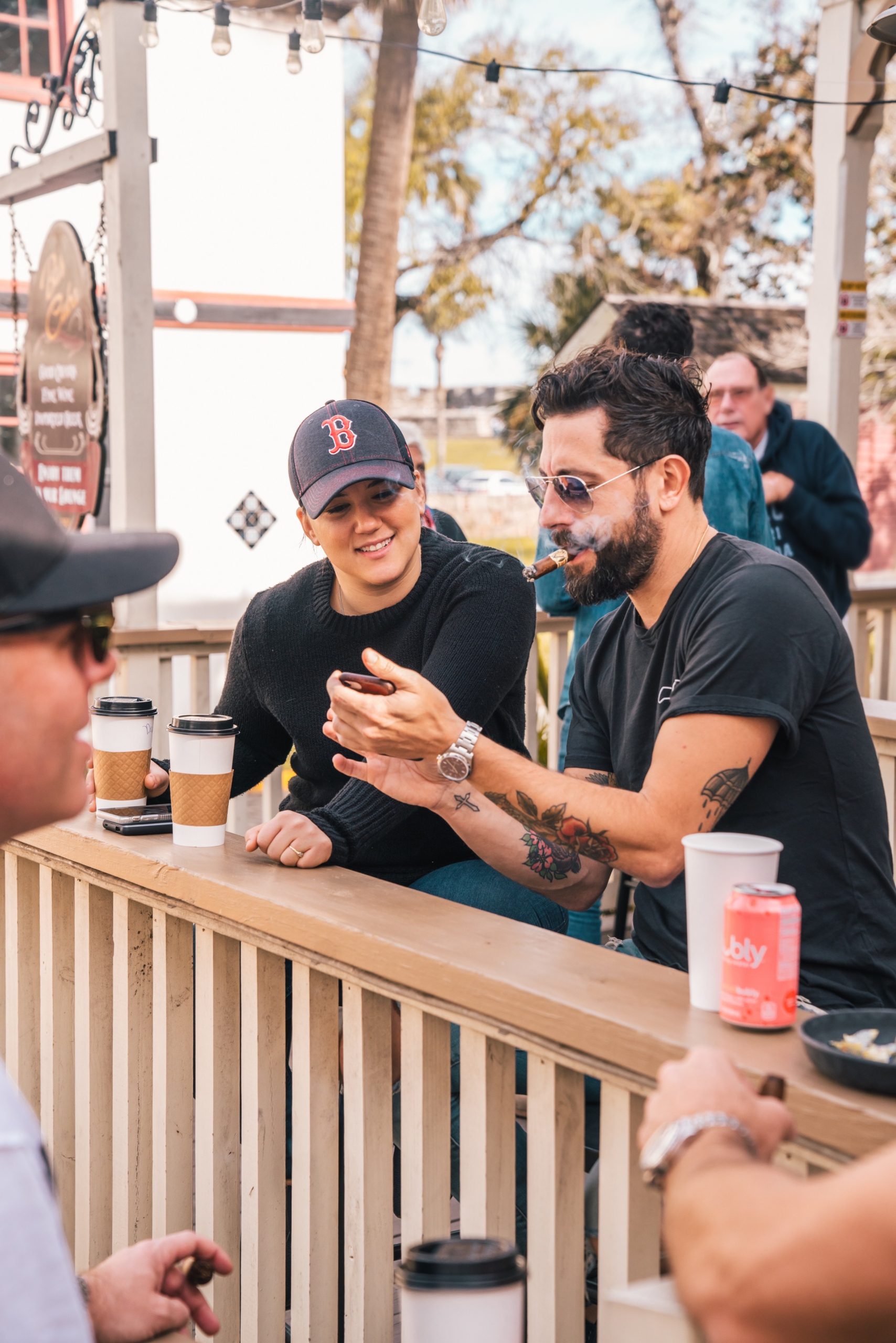 From there I ended up doing a stint on a publishing side with a tiny publishing company. After that I ended up in the digital marketing space at a time where it was super early for Nashville. I worked over at Music City Networks with Lang Scott. While there, I worked with most of the Capitol roster, such as Eric Church, Dierks Bentley, and Lady A. I worked really closely with the Capitol team doing lots of websites, fan engagement, and strategy on how to engage a fan base and how to build a fan base. Through that, I got in really tight with Capitol and the UMG team. When the EMI merger happened, they were hiring. I knew that I wanted to have some experience on the label side, so I applied for that role, got that role, and worked over at UMG Nashville for a couple years.

We referred to it as the championship years. We launched Sam Hunt. [I worked with] Chris Stapleton, Kacey Musgraves, Little Big Town… We did George Strait‘s “60 for 60” campaign and Luke Bryan‘s Crash My Party album. It was this really incredible era at that label. I’m so lucky to have been a part of so many incredible things over there.

How did you pivot into management?

I was at UMG for a couple years and then got a call from Clint Higham at Morris Higham management. They were looking for a marketing person, but I wasn’t looking to leave UMG. I was so happy where I was and had so much more to learn. Clint said, “We need what you do. What will it take?” We figured it out and he brought me on not only in a digital role, but in a comprehensive, overall VP of marketing role. That’s what excited me about it. It was, “Take this and run with it. Grow it and build it.” When I started, it was Kenny Chesney, Jake Owen, and Martina McBride on the roster. We had just signed this little unknown band named Old Dominion. Over the course of seven years, it ended up turning into a 17 or 18-artist roster and a marketing team of five. It was an incredible ride.

In April of last year, I had brought Alana Springsteen in as a management client for myself. I had gotten to a place where I felt like I had done everything that I had set out to do with Clint and as part of that team. The next logical step for me was management. I stepped down from Morris Higham in April. Alana came with me and we started Eighteen Company. 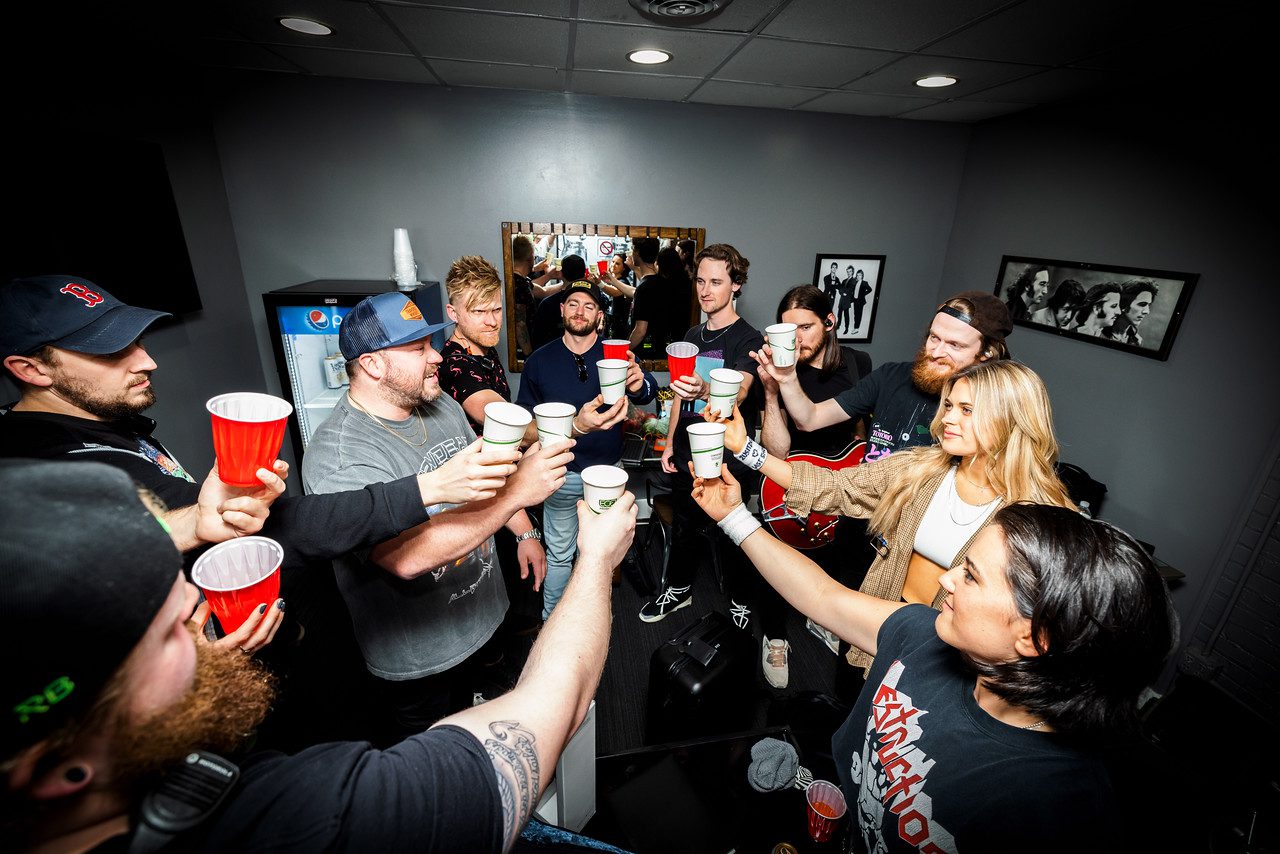 Kizilisik, Alana Springsteen, Mitchell Tenpenny and crew backstage during Mitchell’s “To Us It Did Tour,” for which Springsteen opened

Tell me about Eighteen Company.

I feel like, in some ways, this has been something that I manifested a long time ago. I walked into the business knowing that I wanted to be a manager. I also knew that I wanted to have a ton of different experience. I wanted to have worked on the publishing side, the creative side, and the label side. I wanted to have all of this different knowledge and wisdom to bring to an artist roster, so that I could be the most valuable manager that I could be for them. That’s exactly what happened. Whether I tell you I planned it or not, I got this incredible set of skills and experiences that I honestly don’t know where I would be without.

At the core of Eighteen Company is the understanding that all creatives are storytellers and that they are, in and of themselves, a story that needs to be told. I believe that a manager’s role is to help artists find the most original way of telling their stories to the world by building a bespoke culture around their music. This starts with the songs, but extends far beyond them [into] songwriting, fan engagement, marketing, social media, touring, branding, creative direction, content, style, press, and narrative. All of these facets of an artist’s career are pivotal to the intentional brick-by-brick development of an artist. Crafting that nuanced approach is what Eighteen is all about. 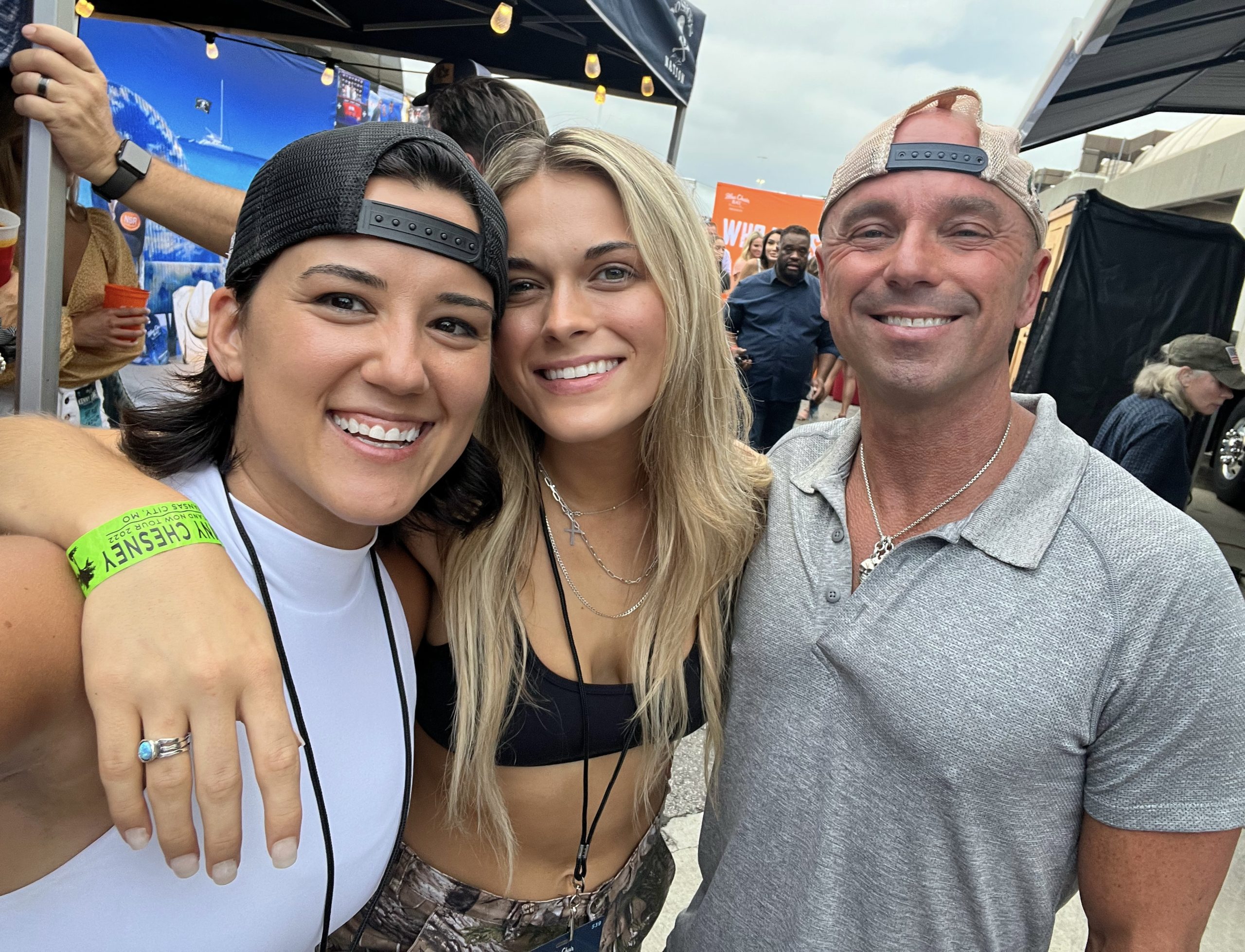 I’m lucky enough to have learned from some of the best in the business. Having time at UMG with Cindy Mabe and Dawn Gates was a masterclass. Clint Higham is one. The skills and the approach to the business that I learned from him are second to none. To this day, I respect so much the way that he does business with the utmost integrity and moral fortitude. Joe Galante has been a really great resource for me. Even just saying that is a little bit wild, since he’s an icon. He leans in to the people that he believes in and that he sees something in.

What are you most proud of in your career so far?

It has to be launching this company. I’m lucky enough to have stood on the shoulders of giants throughout my career. There have been people that I’ve worked with that, at the time, I maybe had no business working with. To have been able to learn from some of the best, to watch some of the best do what they do and then to become better for it and start this company… I’m not necessarily a small guy working her way up the totem pole anymore. I’m shoulder to shoulder with some of these giants now and that’s not lost on me.

Figuring it out from the bottom up and taking a big, giant leap is what I’m most proud of. This is just the beginning in a lot of ways. I’ve been in this town for over a decade, but it feels like the beginning. It feels like a new chapter. I’m super proud of that and the community that I’m a part of.