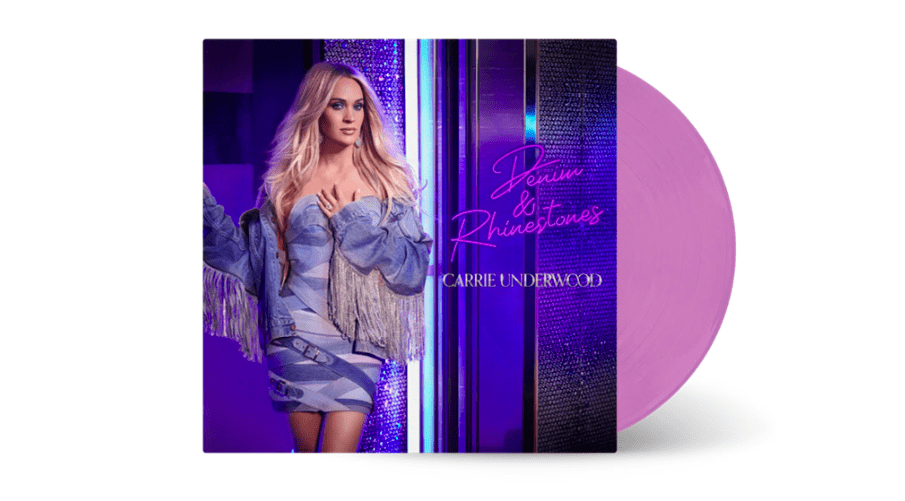 Carrie Underwood’s Denim & Rhinestones is getting the vinyl treatment with a new purple vinyl being released today (July 8).

The new album, released on June 10, is Underwood’s 10th album to debut in the top 10 on the all-genre Billboard Top 200.

Underwood just returned from the UK, where she promoted Denim & Rhinestones and made headlines joining Guns N’ Roses onstage for two songs during their July 1-2 shows at the UK’s Tottenham Hotspur Stadium. While in London, Underwood appeared on a variety of programs, including ITV’s Lorraine, Absolute Radio and BBC Radio 2’s Steve Wright in the Afternoon, and The Country Show with Bob Harris. She also appeared at an intimate invitation-only Q&A for a group of media and fans.

She’ll head out on the road this fall stateside on her recently announced U.S. arena tour that runs through spring with special guest Jimmie Allen.