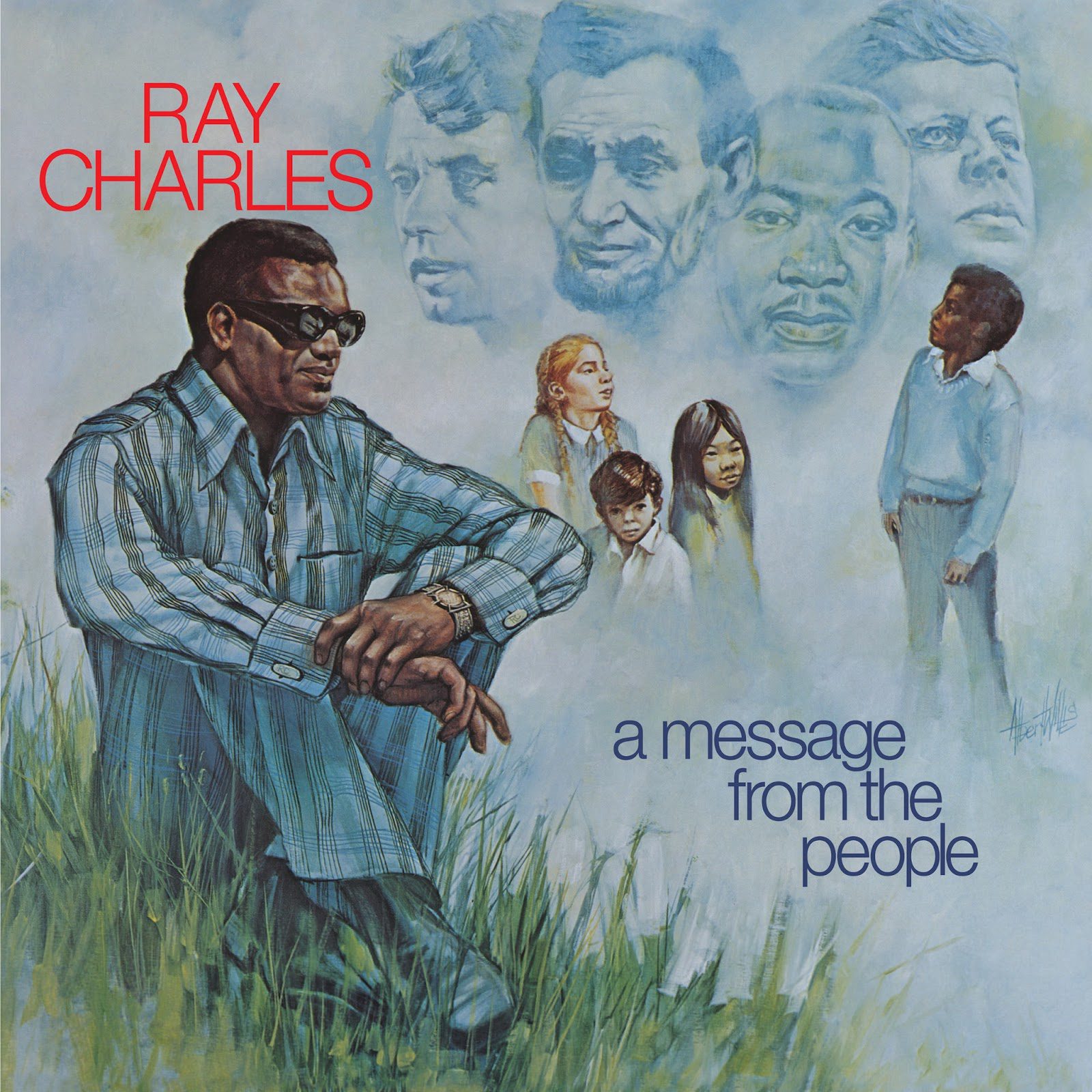 Ray Charles’ Tangerine Records is celebrating the 50th anniversary of one of Charles’ most important and impactful albums, A Message from The People, with a special remastered anniversary edition available on vinyl, CD and all streaming services for the first time in more than a decade.

Originally released on April 4, 1972, A Message from The People remains one of Charles’ most celebrated albums, and among his most socially conscious work of his six-decade career. The landmark recording confronts poverty and injustice while offering a universal message of brotherhood and hope for peace.

The album includes classic tracks “They’ll Be No Peace on Earth Without All Men As One” and “Abraham, Martin and John,” the gospel-infused “Lift Every Voice and Sing,” and “Heaven Help Us All.” It also features “Hey Mister,” played during a Congressional joint hearing in 1972 to speak on behalf of common citizens to a government that was widely seen as ignoring their needs.

Charles’ classic rendition of “America the Beautiful,” which quickly became our second national anthem and has inspired countless generations since its release 50 years ago, is also found on the collection. A new video of the iconic track has also been shared in honor of this historic release.