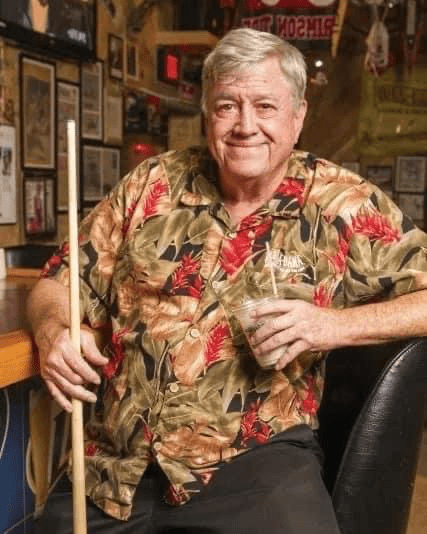 The iconic Flora-Bama nightclub on the Gulf Coast will host a Celebration of Life on Sunday (June 26) to honor the legacy of its longtime owner, Joe Gilchrist.

The venue’s godfather passed away on May 25 at age 80. The Flora-Bama has long been a mecca for the Nashville songwriting community. Gilchrist founded the annual Frank Brown International Songwriting Festival at the venue, and it has endured for nearly 40 years.

Gilchrist and the Flora-Bama were the subjects of the documentary film Stories in Rhyme: The Songwriters of the Flora-Bama Lounge. The movie had its premiere at BMI on Music Row in 2019.

“There didn’t seem to be any separation between how Joe ran his business and how he lived his life,” says Mullet Wrapper newspaper editor Fran Thompson. “He was always about community service and being fair to everybody….What made Joe different from the beginning was not his willingness to lose money by paying musicians on slow nights. He was different because he encouraged them to play their own songs.”

Adds Stories in Rhyme director Lynn Raybren, “Joe built a legacy and culture around treating others with kindness and respect….His love of songwriters and music would earn him the title ‘Patron Saint of Songwriters.’”

Kenny Chesney staged his Flora-Bama Jama national TV special there in 2014. It attracted more than 40,000 fans to the venue’s beach.

Joe Gilchrist bought the Flora-Bama from his childhood friends Bubba and Connie Tampary in 1978. Officially named The Flora-Bama Lounge & Package, it is located on the stretch of beach on the Gulf border between Alabama and Florida.

In the early days, he borrowed money to get his employees through the winter. The club’s Friday-afternoon Happy Hour crowd grew when Gilchrist made it a popular place for construction crews to cash payroll checks. He also ran shuttles for sailors to and from the area’s nearby Naval stations.

This led to the founding of the Frank Brown International Songwriting Festival in 1984. Gilchrist named it after his club’s doorman. A who’s-who of Nashville songwriting has performed there. Tanya Tucker, Jim McBride, Nitty Gritty Dirt Band members, John Rich, Midland and other contemporary figures have appeared in recent years.

Gilchrist and the Flora-Bama have long been noted for community involvement, hosting everything from weekly religious services to military-appreciation galas. Proceeds from the festival go to local music education.

Today, the Flora-Bama is surrounded by high-rise condominiums, but much like The Station Inn in Nashville, it continues to be an island of rootsy authenticity. The club is still noted for hundreds of bras hanging from the ceiling of one room, its tent for Sunday-morning services and its annual “Mullet Toss” on its beach. Gilchrist served on the board of the Perdido Key Chamber of Commerce for more than a decade.

Andy Haynes, the director of the Frank Brown International Songwriters Festival, reports that he is pursuing some kind of recognition in Nashville for the widely loved entrepreneur.