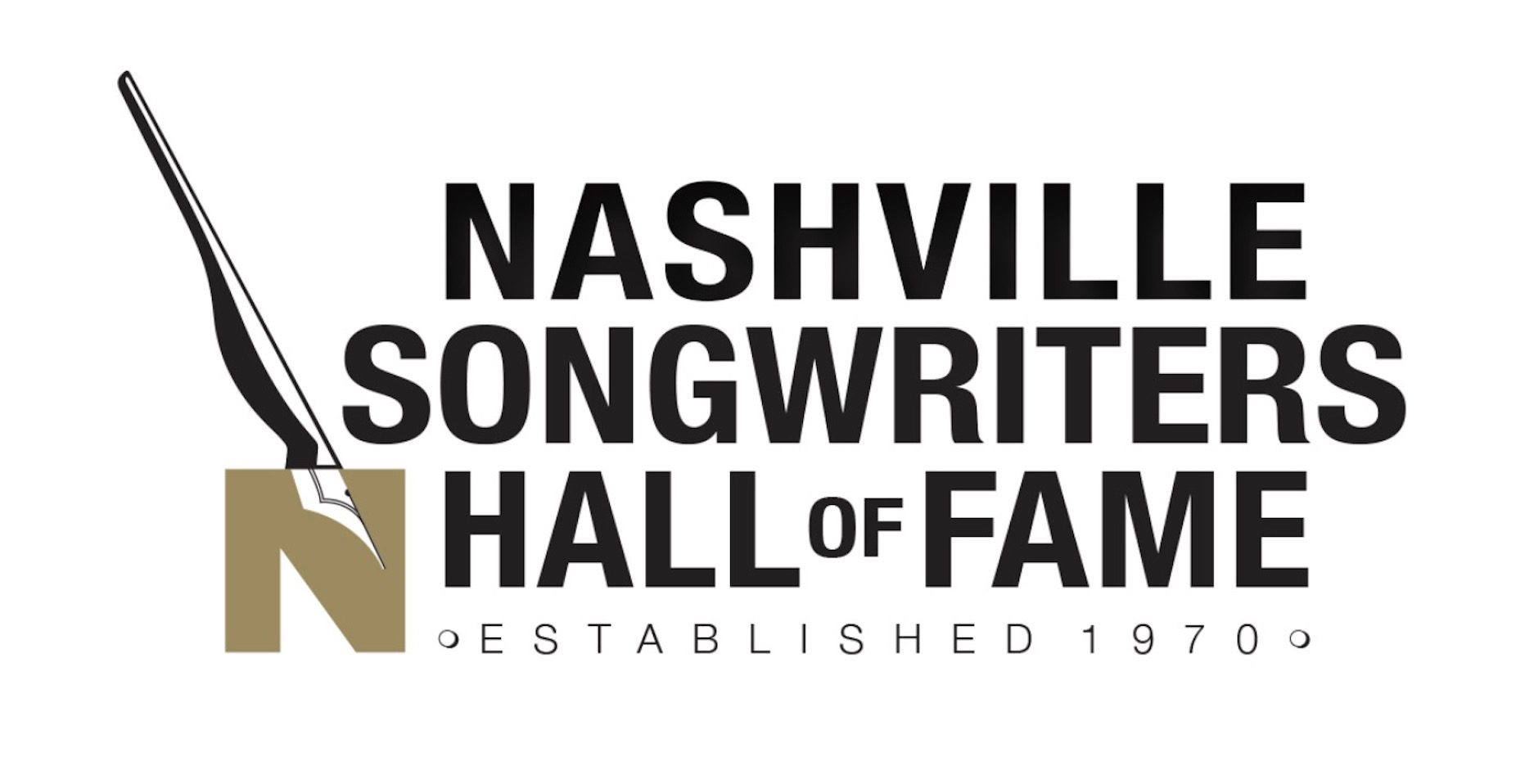 “We congratulate all of this year’s nominees in our contemporary categories and look forward to early August, when we will announce those who will be inducted as members of our Class of 2022,” says NaSHOF Executive Director Mark Ford.

All nominees experienced their first significant songs at least 20 years ago. A total of two songwriters and one songwriter/artist will be elected from the contemporary categories by members of the Hall of Fame along with other professional songwriters and artists from a variety of genres who are prominently identified with Nashville and who have written/co-written at least one original and significant Nashville song.

In addition, two more will be named to the Class of 2022. A separate body of veteran voters will elect a Veteran Songwriter and a Veteran Songwriter/Artist, both of whom experienced their first significant songs at least 30 years ago. As part of that process, nominees in those categories are not announced.

For biographical information on the 2022 nominees, see below:

LARRY CORDLE
Larry Cordle was raised in eastern Kentucky, where he began playing guitar and writing songs at a young age. His first two hits came from childhood friend Ricky Skaggs – #1 Country in 1983 with “Highway 40 Blues” and #1 Bluegrass in 1984 with “Two Highways” (also #1 Bluegrass for Alison Krauss in 1990). In the Country world, Larry is known for “Heartbreak Hurricane” by Skaggs, “Honky Tonk Crowd” by John Anderson and “Mama Don’t Forget To Pray For Me” by Diamond Rio. Before George Strait & Alan Jackson hit with “Murder On Music Row” – which was the 2001 CMA Song of the Year – Larry’s original recording with his band, Lonesome Standard Time (LST), was the 2000 IBMA Song of the Year and the 2001 SPBGMA Song of the Year. In the Bluegrass world, Larry & LST have had 24 Top 10 hits with his songs. In addition to “Anything Southbound” and “Black Diamond Strings,” LST’s “Lonesome Standard Time” was the 1993 IBMA Song of the Year, (and also a Country hit for Kathy Mattea). “If I’d Have Wrote That Song” by Joe Mullins & The Radio Ramblers, was named the 2018 IBMA Song of the Year. Larry was named the 2001, 2019 and 2020 SPBGMA Songwriter of the Year. In 2015, he was inducted into the Kentucky Music Hall of Fame.

JIM LAUDERDALE
Born in Troutman, NC, Jim Lauderdale grew up in Due West, SC, where as a teenager he learned to play drums, harmonica and banjo. After college graduation in 1979, Jim made his way to Nashville for a few months before moving on to New York. By the late 1980s, Jim had joined the national touring production of Pump Boys & Dinettes and relocated to Los Angeles, where he began to find traction musically as a writer and performer. In the mid-1990s, Jim found his way back to Nashville, where he soon hit with “Gonna Get A Life” by Mark Chesnutt, “Halfway Down” by Patty Loveless and “When Did You Stop Loving Me” by George Strait, who also had hits with Jim’s “We Really Shouldn’t Be Doing This,” “What Do You Say To That” and “I Gotta Get To You.” A recording artist himself with 30 albums, Jim also has numerous Bluegrass hits, including “Mighty Lonesome” and “One Blue Mule.” His collaborations with Ralph Stanley & The Clinch Mountain Boys have yielded the Top 10 “I Feel Like Singing Today” and “She’s Looking At Me,” the 2002 AMA Song of the Year. In recognition of his particular and significant influence on the Americana format, Jim was honored with the AMA’s Lifetime Achievement Award in 2016.

GARY NICHOLSON
Raised in the Dallas-Fort Worth area, Texas native Gary Nicholson got a guitar at age 10. He wrote songs and played in Rock bands throughout his teens before moving with his college band to Los Angeles. Following a stint on an MCA Records imprint, Gary returned to Texas in 1973. A song he sent to Nashville made it onto the 1980 soundtrack of Urban Cowboy 2, thanks to good friend/producer Jim Ed Norman. With that success, Gary moved to Music City, where he worked as a guitar player and a songwriter for Norman’s publishing company. In 1983 “Your Love Shines Through” by Gilley gave Gary his first Top 5 song and paved the way for future successes such as “That’s The Thing About Love” by Don Williams, “The Power Of Love” by Charley Pride, “Working Without A Net” by Waylon Jennings, “Brilliant Conversationalist” by T. Graham Brown, “One More Last Chance” by Vince Gill, “Live Laugh Love” by Clay Walker, “She Couldn’t Change Me” by Montgomery-Gentry and “Squeeze Me In” by Garth Brooks & Trisha Yearwood. Gary’s song “Fallin’ and Flyin’” was performed by Jeff Bridges & Colin Farrell in the 2009 film Crazy Heart. Gary has 600 recorded songs spanning multiple genres. In 2011 he was inducted into the Texas Heritage Songwriters Hall of Fame.

RONNIE ROGERS
Born and raised in Nashville, Randall “Ronnie” Rogers’s parents were active in Gospel music and passed their talents on to their son. After military service in Vietnam, Ronnie began to pursue a career in music. Following a single as an artist on Rice Records in 1972, he began to find success as a songwriter with cuts by Johnny Russell, Dave Dudley and Loretta Lynn. In 1977, Ronnie scored his first Top 10 with “It’s A Cowboy Lovin’ Night” by Tanya Tucker. In 1983, he had the hit singles “My First Taste Of Texas” by Ed Bruce and “Dixieland Delight” by Alabama, which began a long and successful partnership with the band. To date, Ronnie has had more than 40 cuts by Alabama, including “Jukebox In My Mind,” “Pass It On Down,” “Take A Little Trip” and “Give Me One More Shot.” Ronnie is also the co-writer of the Mark Chesnutt singles “Blame It On Texas” and “Goin’ Through The Big D,” as well as “Only In America” by Brooks & Dunn. Ronnie’s songs have been recorded by artists such as Toby Keith, George Strait, Dierks Bentley, Gary Allan, Lee Ann Womack, Ray Charles, Old Crow Medicine Show and Levon Helm.

TOMMY SIMS
Born in Chicago and raised in Michigan, Tommy Sims grew up on Gospel music and Soul music. When he and some friends began performing after college, they eventually landed in Nashville, where he became the bassist for Christian Rock band White Heart from 1987 to 1989. In 1994, Tommy scored his first #1 songs as a songwriter with Amy Grant – “Children Of The World” and “Helping Hand.” In 1995 his “R.I.O.T. (Righteous Invasion Of Truth)” by Carman was named the 1996 GMA Dove Rap/Hip Hop Song of the Year. The following year one of his songs was featured in the film Phenomenon. The song was the multi-chart-topping hit “Change The World” by Eric Clapton, which earned the 1997 Grammy for Best Song and for Record of the Year. Tommy’s songwriting catalog also includes the Country hits “Love Is The Right Place” by Bryan White and “A Promise I Make” by Dakota Moon, the AC hits “Lost In You” by Garth Brooks (as Chris Gaines) and “I Can’t Help You Now” by Bonnie Raitt, and the Gospel hits “Anybody Wanna Pray” by CeCe Winans w/ GRITS (the 2002 GMA Dove Contemporary Gospel Song of the Year) and “Just Wanna Say” by Israel Houghton (the 2010 GMA Dove Urban Song of the Year).

BRAD PAISLEY
Brad Paisley was born and raised in Glen Dale, West Virginia. He received his first guitar from his grandfather, who taught him to play at eight years old. At age 13, Brad wrote his first song, which he performed publicly and which eventually led him to an eight-year stint performing on Wheeling’s Jamboree USA. After high-school graduation and two years at West Liberty State College, Brad was awarded a fully paid ASCAP scholarship to Belmont University in Nashville where he majored in music business. A week after graduating from Belmont, Brad signed as a writer with EMI Music Publishing. Following cuts by David Kersh, David Ball and Tracy Byrd, Brad signed with Arista Nashville and soon began to record his own songs. As an artist, he has placed 33 self-penned Top 20 songs on the Billboard charts, including 15 #1s and 14 more in the Top 10. Among those compositions are “He Didn’t Have To Be,” “Alcohol,” “I’m Gonna Miss Her (The Fishin’ Song),” “Celebrity,” “Ticks,” “Letter To Me,” “Then,” “This Is Country Music,” “Water,” and his duet with Carrie Underwood “Remind Me.” A member of the Grand Ole Opry since 2001, Brad was ASCAP’s 2004 Country Songwriter/Artist of the Year. He was NSAI’s Songwriter/Artist of the Year in 2002 and 2005.

PAM TILLIS
Born in Plant City, FL, Pam Tillis grew up in Nashville thanks to having Country music star Mel Tillis for a father. At age eight, she sang with him on the Grand Ole Opry and began taking piano lessons. By age 12, she was playing guitar. Recovering from a near-fatal car accident at 16, she enrolled briefly at the University of Tennessee before dropping out in 1976 to move to San Francisco, where she sang in a Jazz and Rock band. Returning to Nashville a few years later, Pam recorded a largely co-written 1983 Pop album for Warner Bros. In 1989 Pam enjoyed her first Top 40 single as a writer with “When Love Comes Around The Bend” by Juice Newton. The following year Highway 101 reached the Top 15 with Pam’s “Someone Else’s Trouble Now.” In the early 1990s Pam was one of the first five acts signed to Arista Nashville. Her self-penned hits as an Arista artist were “One Of Those Things,” “Put Yourself In My Place,” “Blue Rose Is,” “Cleopatra, Queen Of Denial,” “Spilled Perfume,” “It’s Lonely Out There” and the chart-topping “Mi Vida Loca (My Crazy Life).” In 2000, Pam was inducted as a member of the Grand Ole Opry. In 2012 she enjoyed the IBMA-nominated Bluegrass hit “Somewhere South Of Crazy” by Dale Ann Bradley.

SHANIA TWAIN
Shania Twain was born in Windsor, Ontario, Canada. During high school, she began writing songs and fronting a local cover band. After graduation, she toured Ontario with another band before returning home in 1987 to care for her younger siblings after their parents died in a car accident. She continued to perform and five years later was signed to Mercury Nashville. Since the release of her debut album 1993, Shania has placed 22 self-penned Top 20 songs on the Billboard charts, including 7 #1s and 8 more in the Top 10. Among those compositions are “You’re Still The One” (1998 Grammy for Best Country Song / 1999 BMI Country Song of the Year), “Come On Over” (1999 Grammy for Best Country Song) and “Forever And For Always” (2004 BMI Country Song of the Year), along with “You’ve Got A Way,” “(If You’re Not In It For Love) I’m Outta Here!,” “Love Gets Me Every Time,” “No One Needs To Know,” “Man! I Feel Like A Woman!,” “From This Moment On” and “That Don’t Impress Me Much.” Shania was named NSAI’s 1998 Songwriter/Artist of the Year, as well as BMI’s 1999 Country Songwriter of the Year and 2000 Country Songwriter of the Year. She was inducted into the Canadian Music Hall of Fame in 2011.