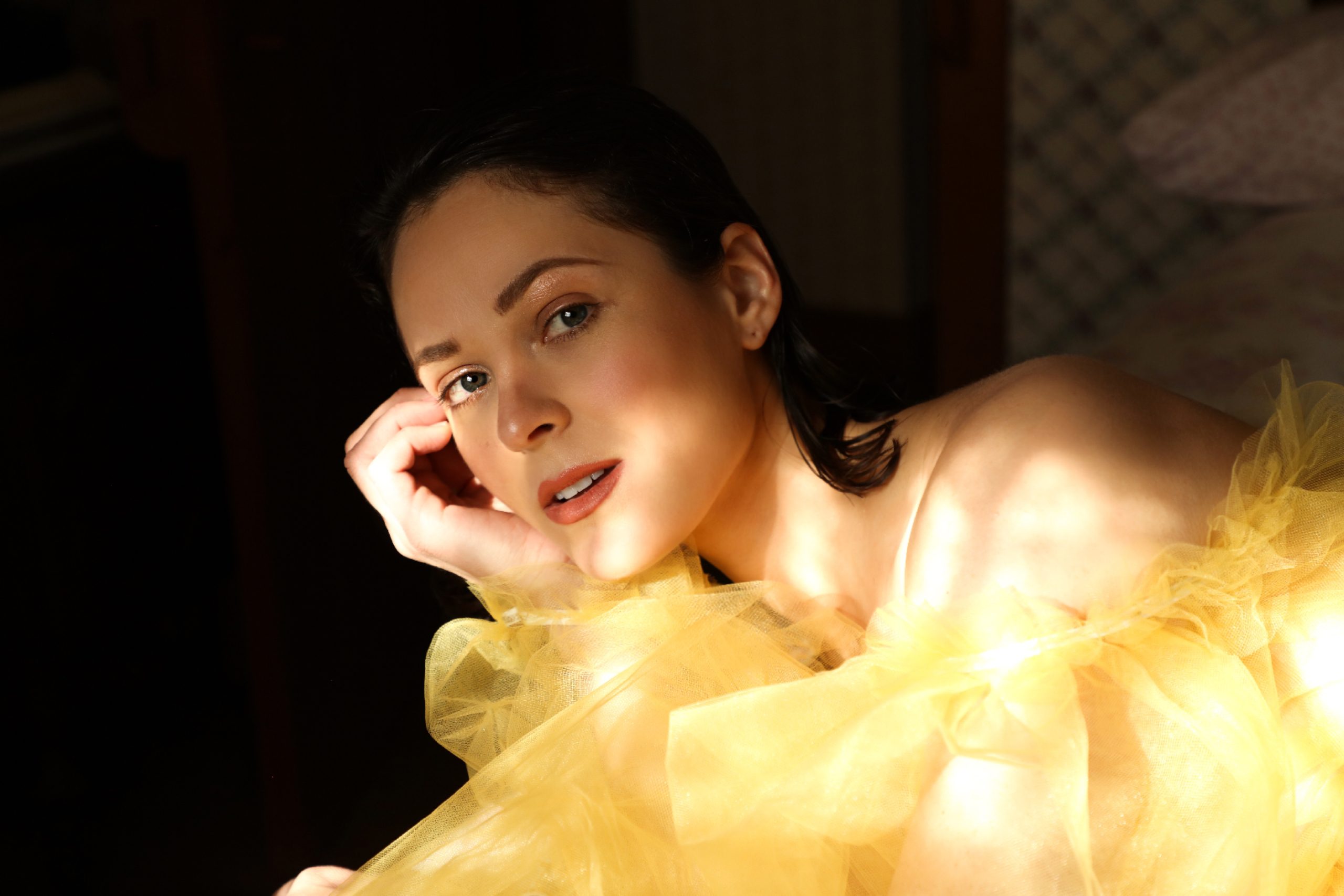 Jillian Jacqueline first rolled into Nashville 14 years ago with the dream of putting out her own album.

However, the format at the time wasn’t as conducive to longer-form projects from new artists, forcing Jacqueline to release a string of singles and EPs that have garnered her moderate success and over 100 million streams, including “Reasons,” “God Bless This Mess” which she co-wrote with Lori McKenna, and “If I Were You” featuring Keith Urban.

But this Friday (June 10), the budding singer-songwriter will finally release her debut, full-length project through Virgin Music. Aptly titled Honestly, the 11-track record finds Jacqueline at her most raw and innocent, giving listeners a peek behind the curtain into her thoughts about love and life which she’s yet to explore musically. 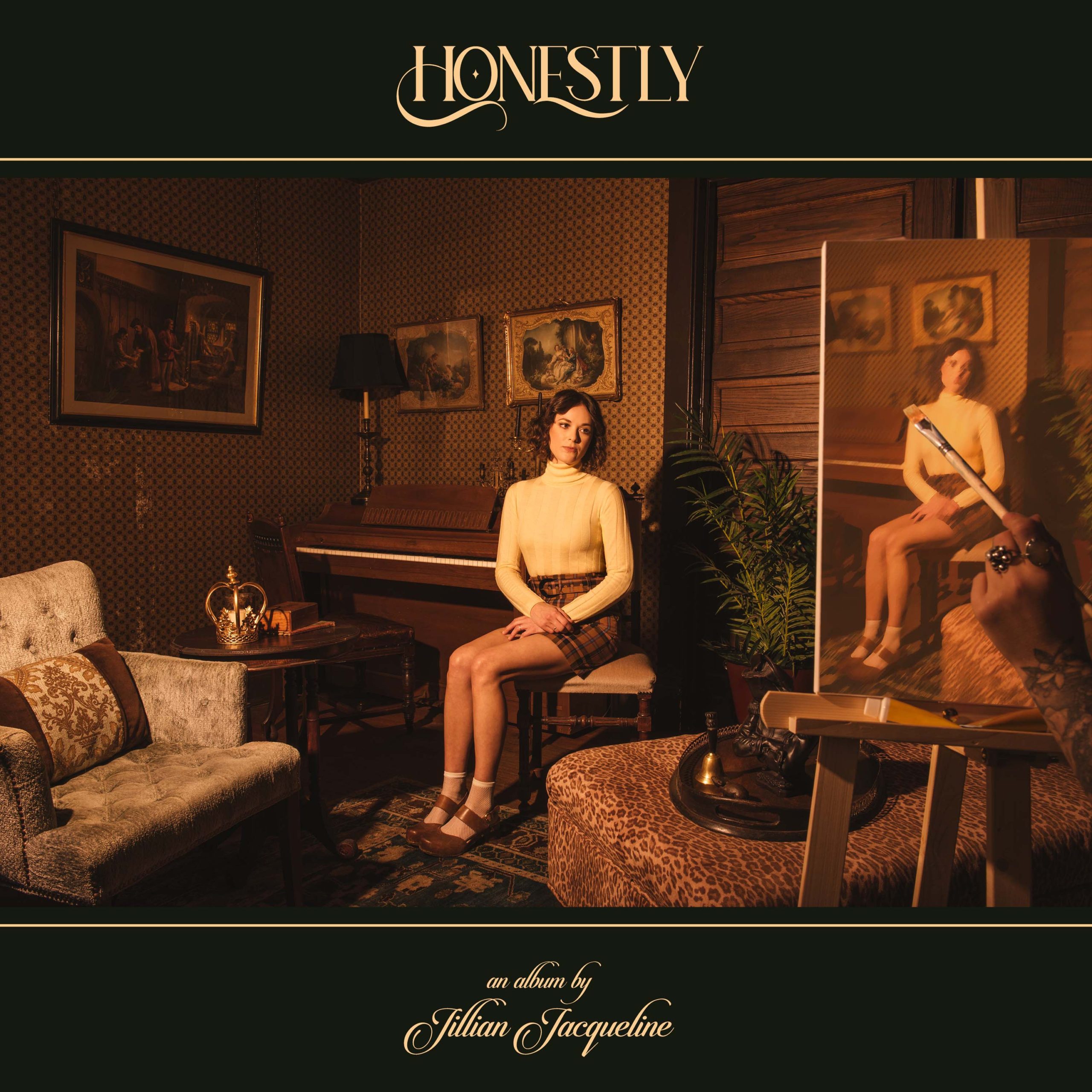 “I was actually talking to a friend about [the level of honesty in this album] because we shot one of the music videos for the song on the record called ‘Iconic,’ and it ended up being this visual love letter to my husband. It scared the shit out of me because I was like, ‘Can I show people all these images of our lives?’ They said, ‘That’s what your album is. You’re finally telling people your real story,'” Jacqueline explains to MusicRow. “[Honestly] feels very innocent, in a way, like the way that I sing about love, which I’ve never really done before. It feels like a very faithful, wide-eyed, hopeful version of myself that I don’t always let people see.”

Originally born in the summer of 2019, Honestly is a project nearly three years in the making, which went through a few different lives before arriving at its final form. Within those three years, Jacqueline lost her first label deal with Big Loud Records, married her husband and producer Bryan Brown, and had their first child.

“[When I first started making Honestly] it was more of a panic move. It was kind of like, ‘I have to start making music because I need to prove to myself that I’m supposed to be here and this is what I’m supposed to be doing.’ A lot of insecurity went into the first batch,” Jacqueline shares. “If you look at the original track list, so many songs that we were [so excited about] actually died off. We tried iterations of them over and over again, but they just never felt right.” 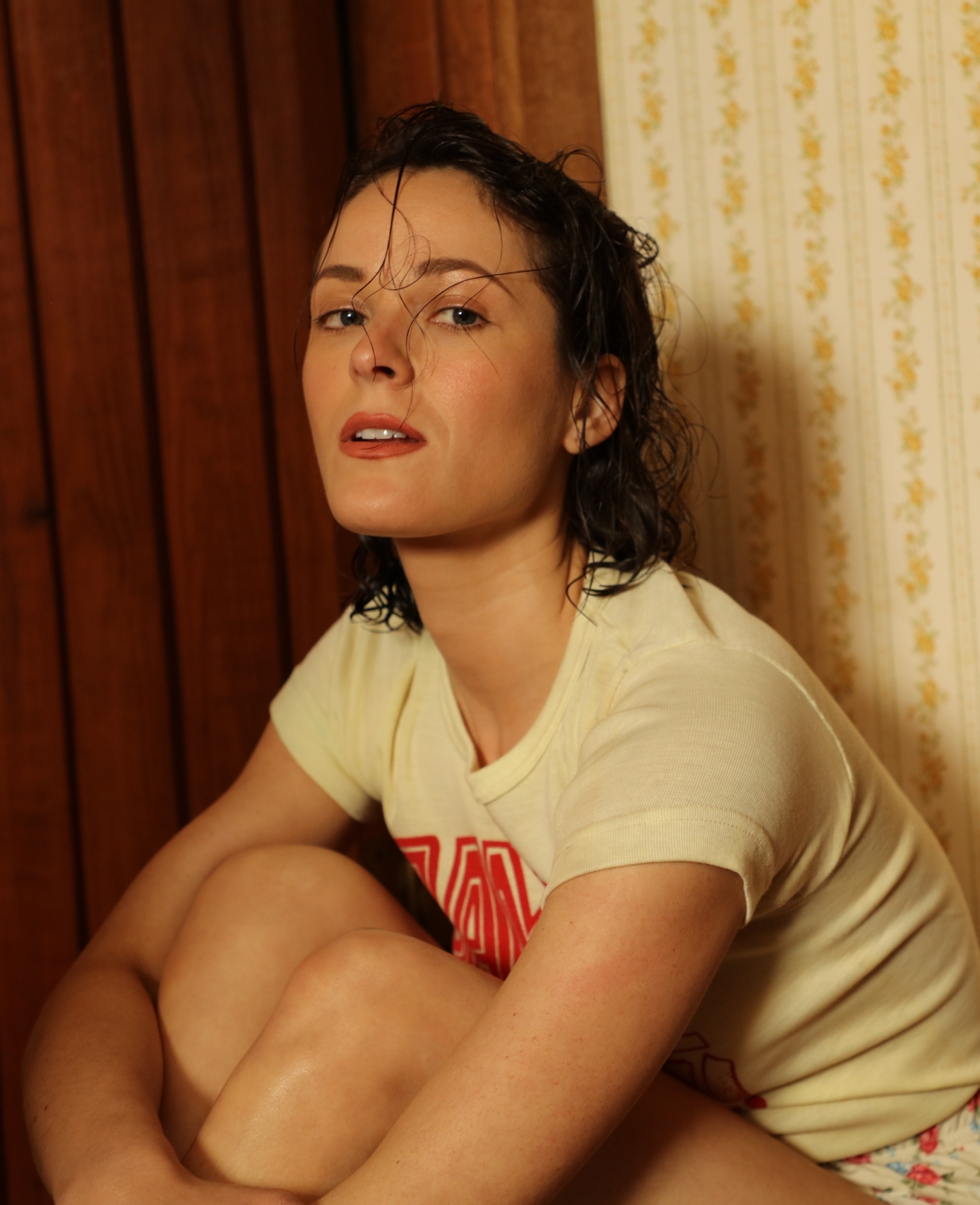 In a similar sentiment from many artists during the COVID lockdown, Jacqueline credits the pandemic with the new wave of music that changed the landscape of Honestly. In March of 2020, Jacqueline and her producers—Bryan and his brother Tofer Brown, a longtime collaborator of Jacqueline’s—went back to the drawing board.

Come July, she signed a new publishing deal with Kobalt which spawned a collection of new songs, including “Honeymoon” and “Better With A Broken Heart,” both of which ended up on Honestly‘s revisited track list with its entirely new sound.

“There were a lot of come to Jesus moments with me, Bryan, and Tofer where we were all navigating our different work styles. Tofer and I have worked together for many years. He’s done all my music with me and he’s my best friend. We decided to bring Bryan in on production because he’s just an incredible guitar player and he works differently than us,” Jacqueline says. “During the whole process of making the record, we were navigating a lot of these new processes with Bryan that Tofer and I weren’t used to. We’re more like throwing spaghetti at the wall people. We’re like, ‘Oh, yeah, that stuck. That feels good. Let’s move on.’ Bryan’s like, ‘No, I think we should throw five more noodles,’” she jokes. “That drove us crazy at first and then we started to realize that his vision for the songs was even cooler, braver, wilder, and more interesting than we had even anticipated.”

As a long-time admirer of TJ and Brothers Osborne, Jacqueline notes the song as one of her favorites on the album.

“I really respect them and I respect him, so I went out on a limb and sent him a text saying, ‘I have this song and I can’t hear anyone else but you singing on it with me. Totally cool if you’re not into it, but I really love your voice and I would love to collaborate,’” she explains. “He was like, ‘Wow, I love the song. Let me sit with it for a while. We’ve done a lot of collaborations recently, so I don’t want to jump right in without thinking about it first.’”

After taking a few weeks of listening and playing around with melodies and harmonies that felt right to him, Osborne got on board for the project. 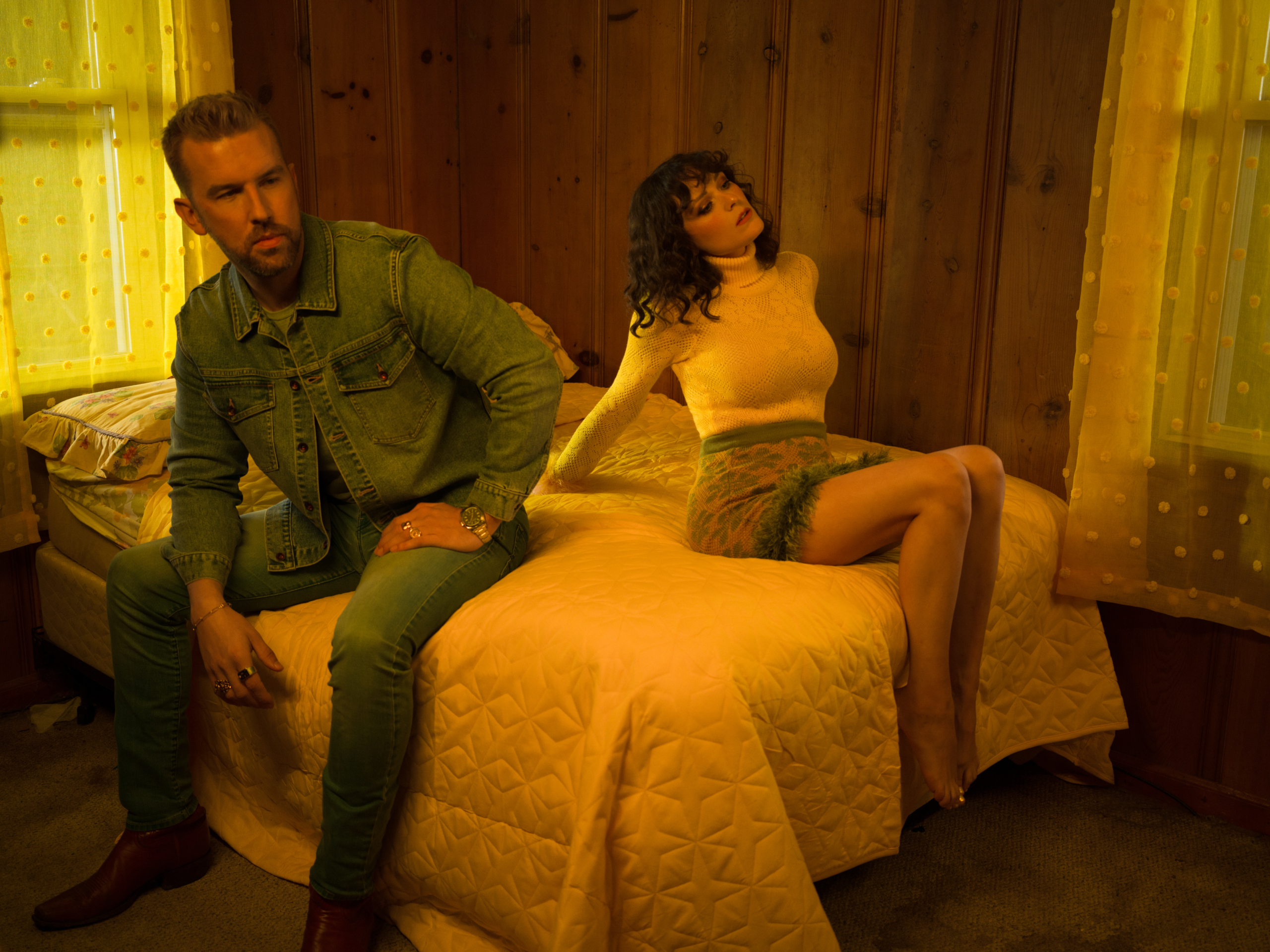 “He hit me up a couple weeks later, and said, ‘I love that song. When can I sing it?,’” she continues. “He went on about how he felt like the lyrics and the way it described love was something that felt very honest to him and that he could really get behind. [With this duet], we’re singing our own versions of it, but it’s not necessarily a romantic thing which is kind of unusual. Normally, if it’s a duet, they’re singing to each other, so it was cool that we both got to have our own moment in the song without necessarily singing to one another.”

Another one of Jacqueline’s favorite tunes from Honestly is the stirring, emotional track “Iconic.” Written with Tofer and Kate York on the heels of her engagement, the song serves as a beautiful ode to committing to forever with someone, as well as love being a choice.

As an added bonus, the song is laced with an extra special layer of production that hits close to Jacqueline’s heart.

“My husband did this wildly romantic thing where on the day that he knew he was going to propose to me, we were in Paris and he took his phone out and started recording a voice memo of the sounds of the city,” Jacqueline shares. “Months and months later, I wrote the song and we were starting to hash out the production. He was working on it one day in the studio and he told me about this voice memo in Paris. He put it at the beginning of the song to commemorate what the lyrics are. You can just hear the streets of Paris and then the piano starts in.”

On the cusp of the release of her debut record, Jacqueline has her eyes set on returning to the road this year, as well as dreams of a billboard in Times Square.

“I’ve always said I wanted a billboard and we got the billboard here in Nashville, which was so freaking cool. In my head, though, with the way I work now, I need to get one in Times Square,” she says with a laugh. “I have this issue with nothing ever being enough. I’m restless and I’m always wanting the next thing. As much as I am excited for all the things coming up, my biggest challenge is just to be present with where I am and be so grateful that I actually finished this record. It’s something that I truly believe in and want to share with the world.”