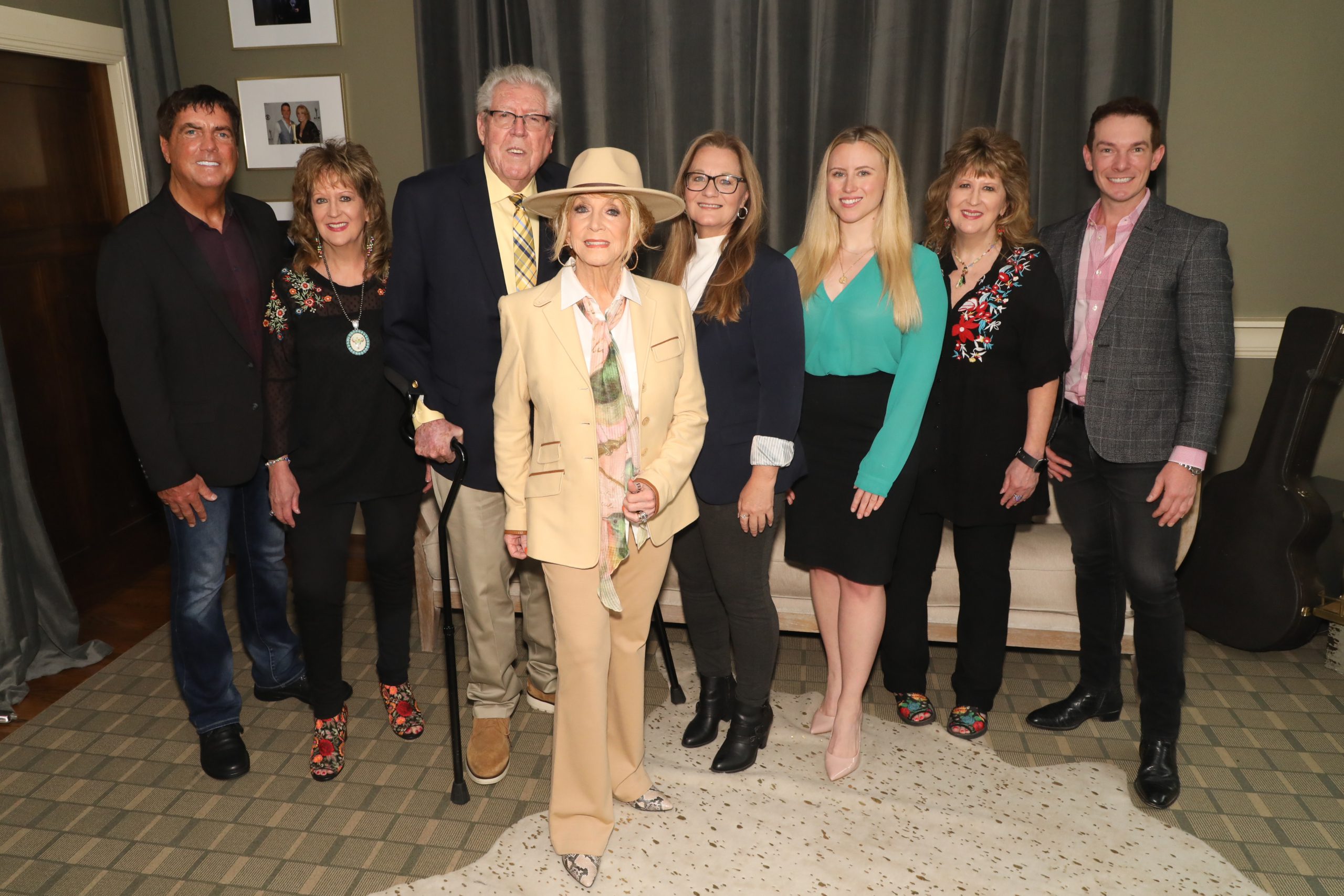 Jeannie Seely has announced some expansions to her team on the cusp of her 55th anniversary as a member of the Grand Ole Opry.

“I am honored to expand my role with Jeannie Seely in a management position and excited to work with everyone on the team to find new opportunities to expose the world to all she has accomplished and has yet to achieve,” shares Moser, President/CEO of B! Noticed Public Relations & Management.

“Jeannie Seely is country music ROYALTY and blazed a trail for not only women and duos, but also men in the entertainment industry, as a performer, songwriter, radio host and television personality. Fans adore Jeannie’s impeccable timing, witty humor and her stylistic delivery as a vocalist. Our team is thrilled to represent Jeannie in all aspects of PR/publicity,” expresses Adkins, President/CEO of Adkins Publicity.

“My birthday present to myself this year is to expand my organization! I have never really had ‘a team’ in my career, so I thought it was time! Seriously, there are still some things I’d like to accomplish and some dreams I’d like to see come true,” adds Seely. “I have a saying, ‘Until you’re ready to get out of the race, you have to keep running,’ and I truly believe this no matter what path of life you’re traveling. The folks I have worked with for years are still onboard, and we all agree that adding Adkins Publicity will be a tremendous asset to achieving our goals, and maybe even some new ones! Our slogan will be ‘This is supposed to be fun!’

From her 1966 album, The Seely Style, which featured “Don’t Touch Me,” to her self-produced album, Written in Song, consisting entirely of songs she’s written and recorded for more than 10 Country Music Hall of Fame members, Seely’s recordings have spanned seven decades.

For the past four years, she has hosted her own show, “Sundays with Seely,” on SiriusXM’s Willie’s Roadhouse. Willie Nelson, along with Rhonda Vincent, Bill Anderson, Lorrie Morgan, Ray Stevens and many more of her friends, joined Seely for her current project on Curb Records, An American Classic.