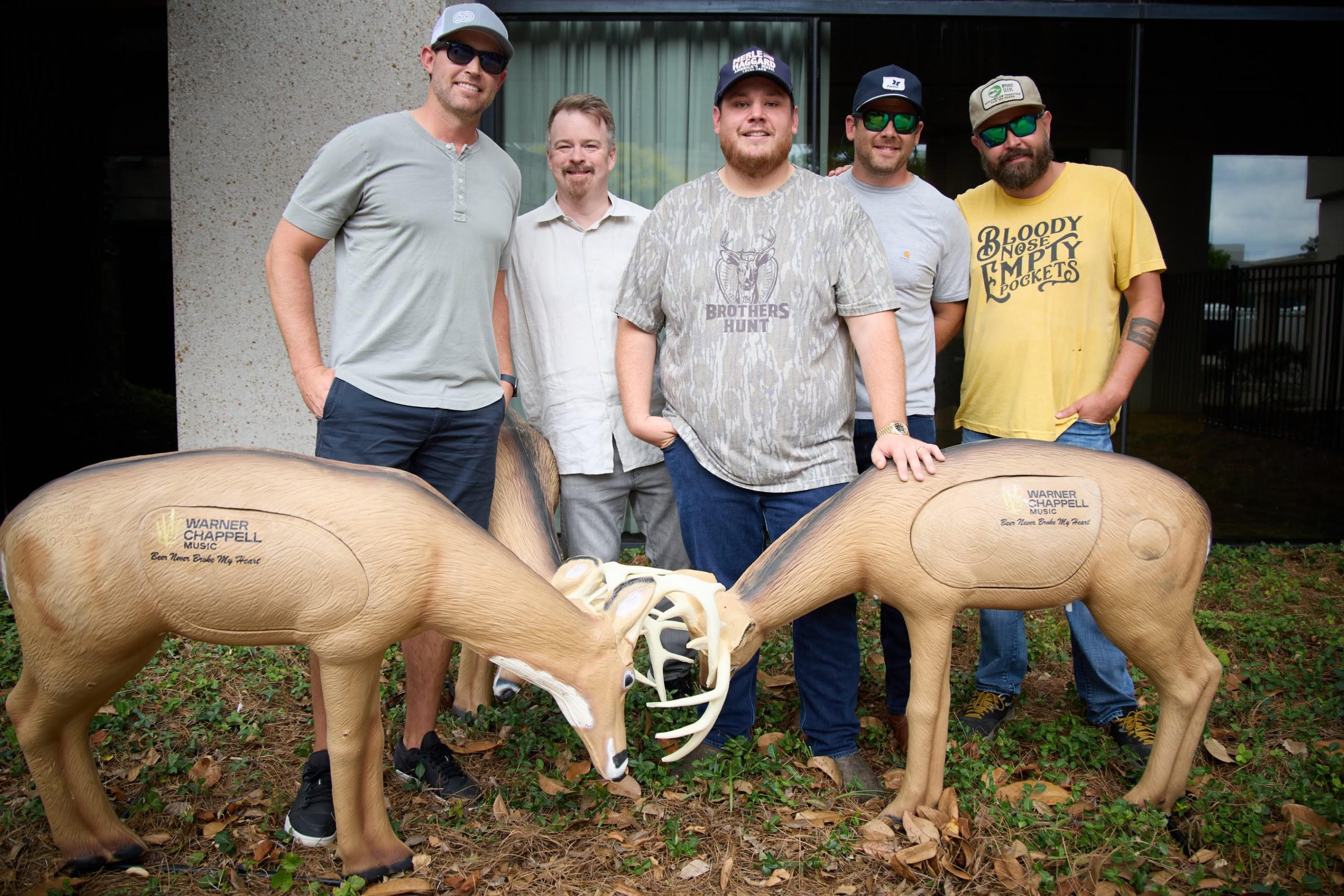 At the recent BMI Party for Luke Combs, Ben Vaughn and the WCM team presented Combs and his fellow songwriters with a first-of-its-kind gift to celebrate their Platinum record “Beer Never Broke My Heart,” which rose to No. 1 on Billboard’s Country Airplay Chart back in 2019.

Combs and his fellow songwriters Randy Montana and Jonathan Singleton are all bow hunters, so the team honored the trio by creating custom deer targets to commemorate the record breaking single. 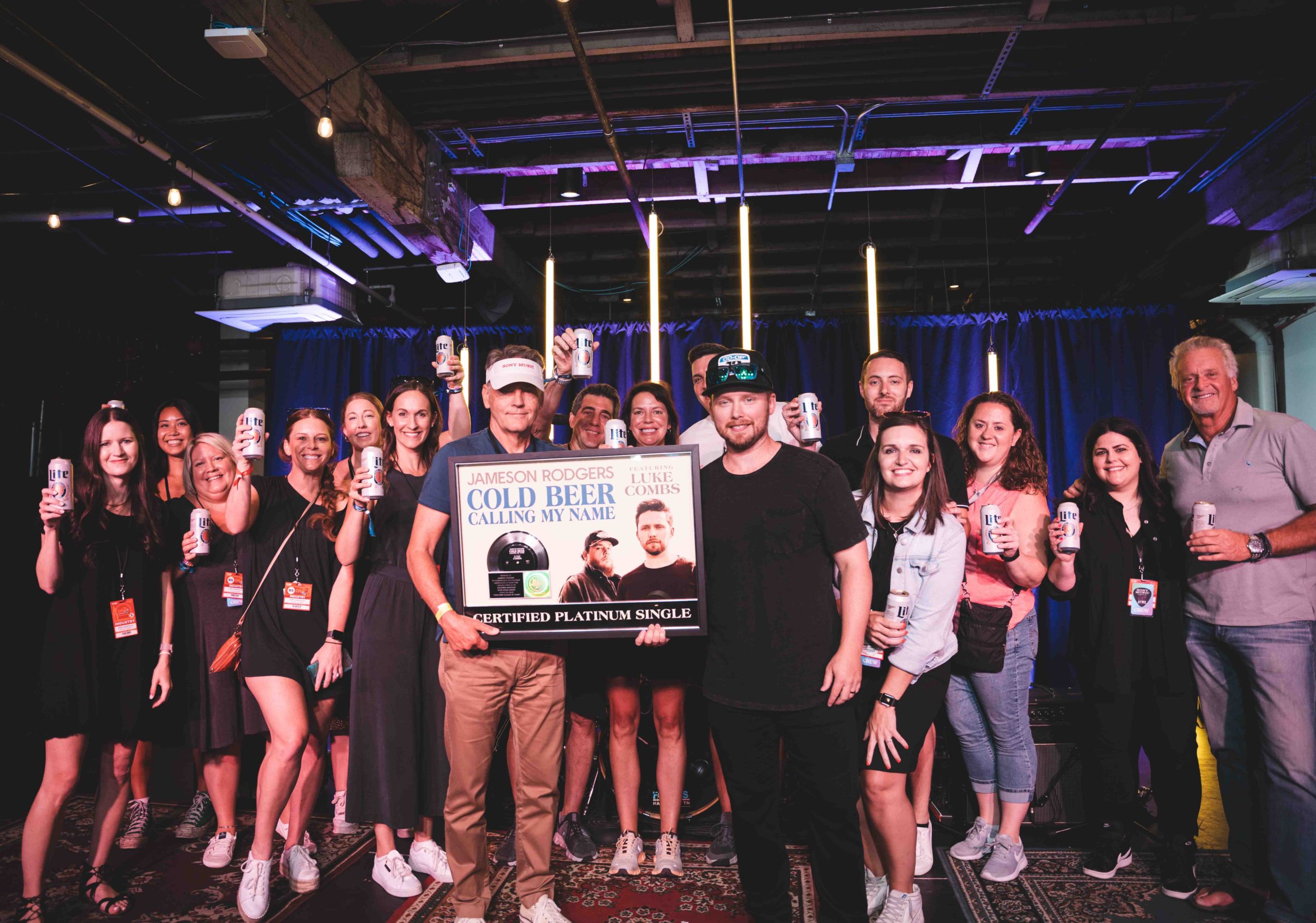 Jameson Rodgers celebrated the Platinum certification of his chart-topping single “Cold Beer Calling My Name” featuring Luke Combs at Acme Feed & Seed before his performance at the Chevy Riverfront Stage at CMA Fest on June 9.

“Cold Beer Calling My Name,” which has earned more than 190 million on-demand streams, is Rodgers’ second consecutive Platinum-certified No. 1 single following “Some Girls.” 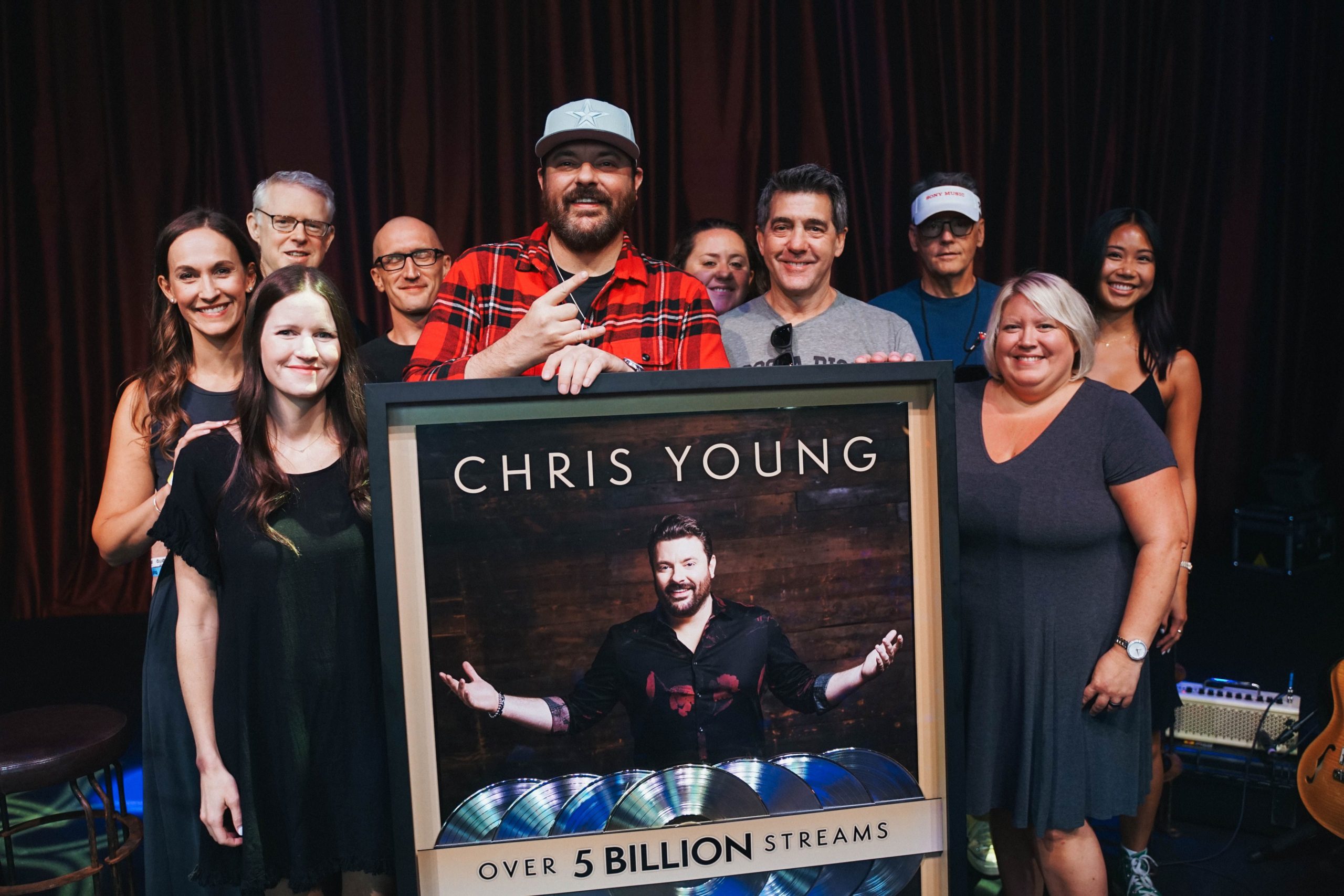 Chris Young was presented with a special plaque commemorating his surpassing 5 billion streams across his catalog worldwide, which includes twelve No. 1 singles to date. Additionally, Young’s Famous Friends and Losing Sleep albums have been certified Gold by the RIAA, earning an impressive 24 total career certifications of Gold, Platinum, and multi-Platinum certified projects.

He received the special plaque commemorating these achievements from his RCA Records Nashville team during his 21st annual Fan Club party at Nashville’s Brooklyn Bowl on Thursday (June 9).

The recognition comes on the heels of last week’s release of his Famous Friends (Deluxe Edition). 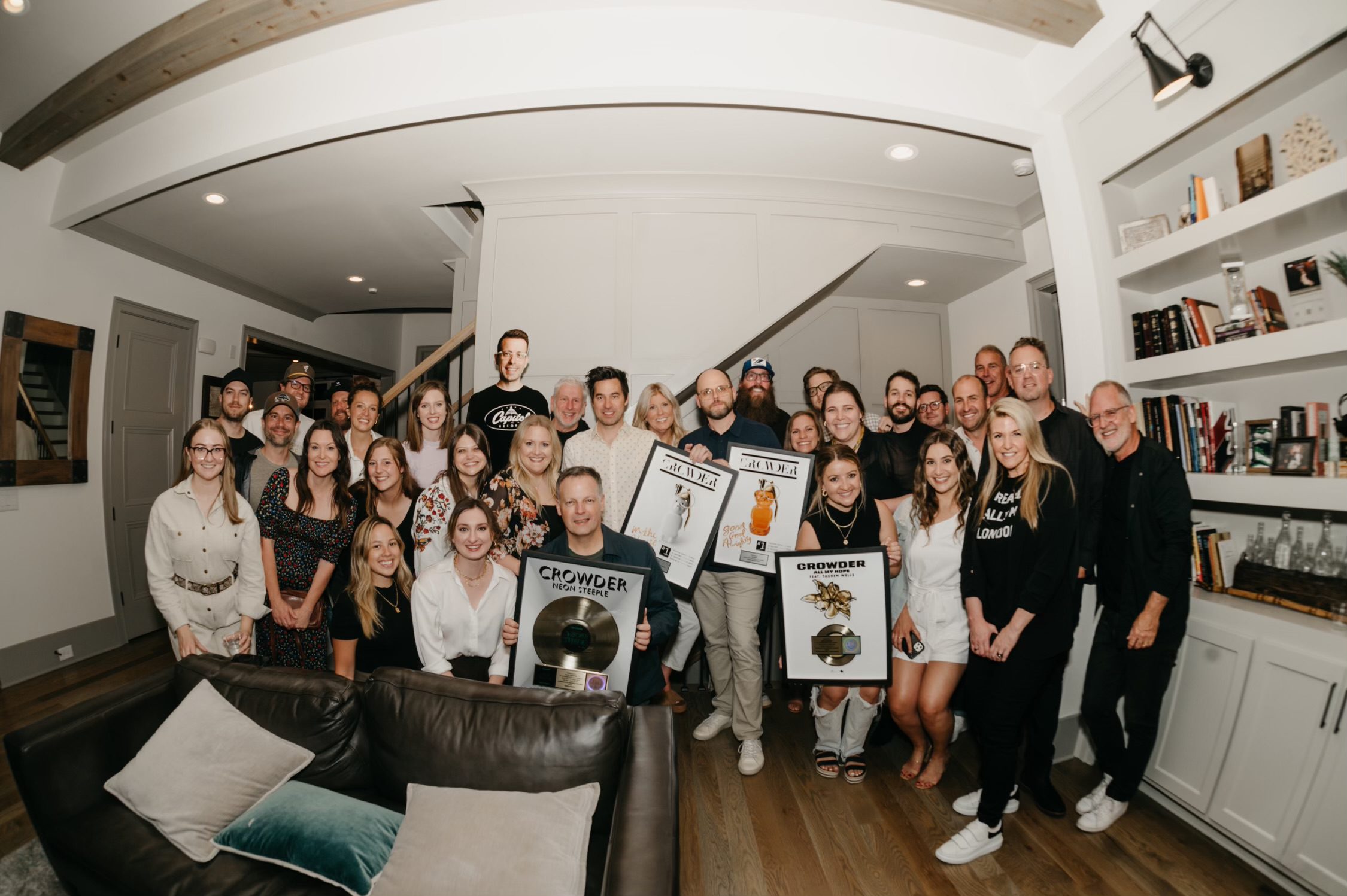 Crowder and his team gathered to celebrate a handful of recent major achievements, including a No. 1 for his latest chart-topping singles “Good God Almighty” and “In the House.”

Crowder is set to kick off his headline “My People Tour” tonight (June 10) in Orange Beach, Alabama.