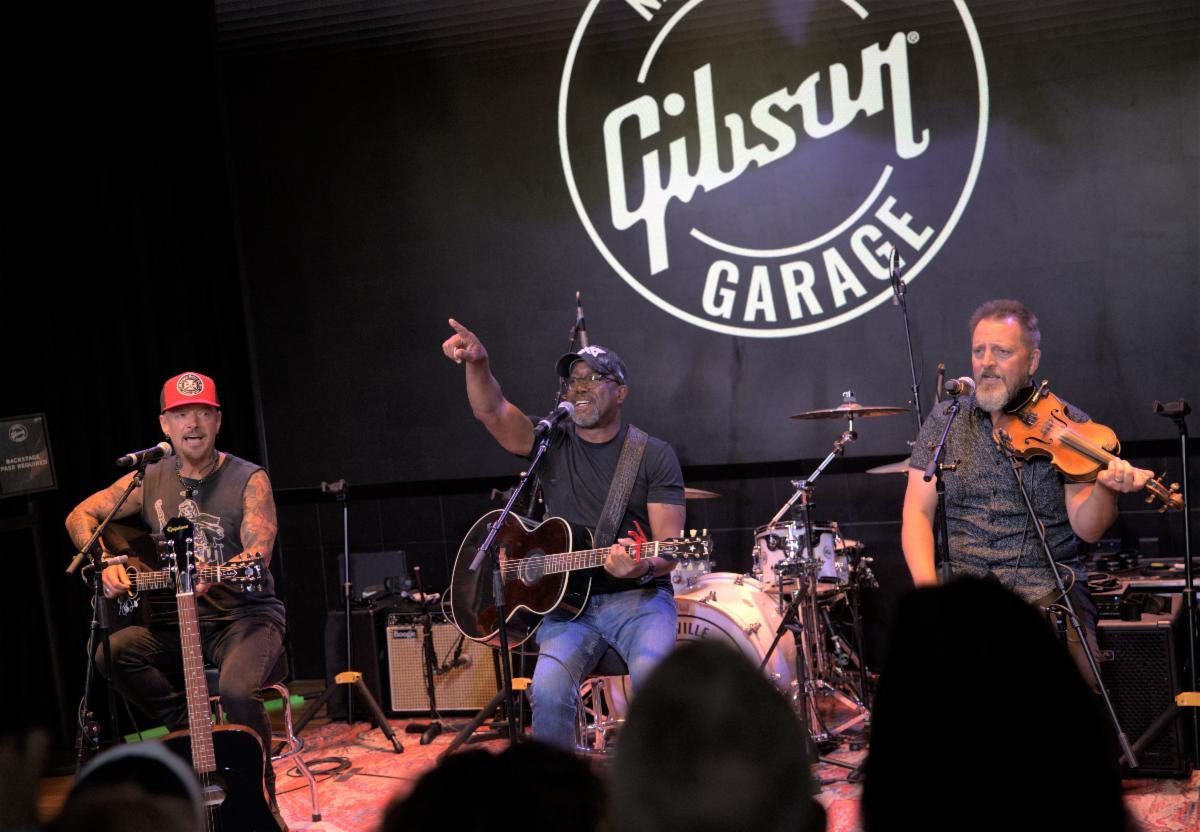 Darius Rucker and his band perform at the Gibson Garage.

The Gibson Garage in downtown Nashville celebrated its one-year anniversary last week with top artists, luminaries and the Gibson team on hand for the party.

Fans lined up all week long for Gibson Garage Fest to enjoy live music from a diverse range of artists, CMA performers, special events, and daily giveaways at the Garage.

On Thursday (June 9), Les Paul’s birthday and the official one-year mark of the opening of the Gibson Garage, Darius Rucker visited for a special donation event with Gibson Gives–the philanthropic arm of Gibson. 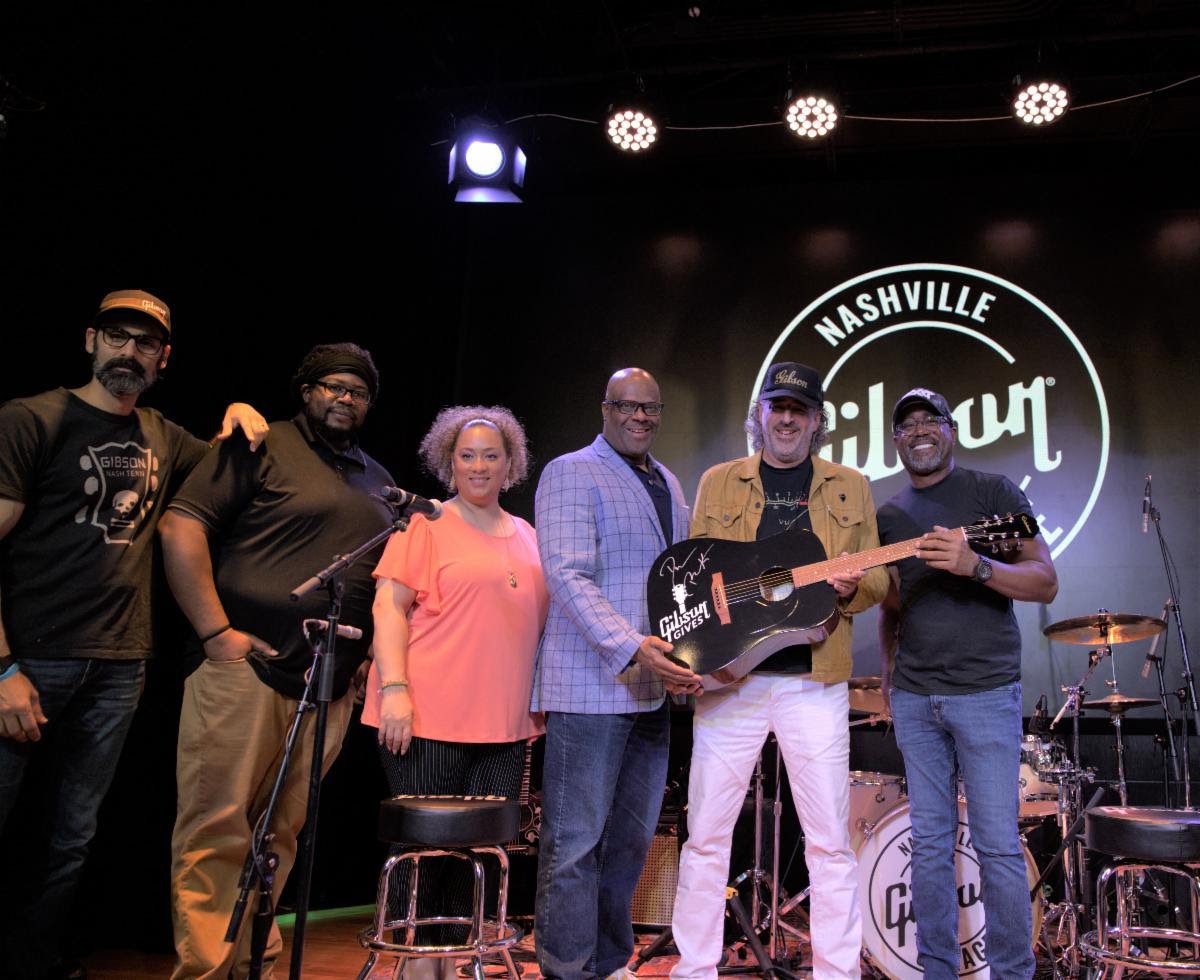 Gibson Gives donated $30,000 to the National Museum of African American Music (NMAAM) and its fund for music education while the superstar thrilled the packed crowd with an intimate acoustic performance of his hits.

“I couldn’t think of a better place to have an African American music museum than Nashville” said Rucker. “Everybody in the world should go see NMAAM, it’s such an important place. For as long as I can remember I’ve been playing Gibsons, and what they’re doing with Gibson Gives is a great thing and now they’re partnered with the NMAAM, it’s a perfect fit. I’m so proud to be a part of all of it.”

“One year ago, we couldn’t have imagined the impact the Gibson Garage would have on guitar fans in music city and around the world,” said James “JC” Curleigh, President and CEO of Gibson Brands. “It’s the best compliment to hear artists say that the Garage has set a new benchmark and is yet another massive step in the right direction for Gibson.” 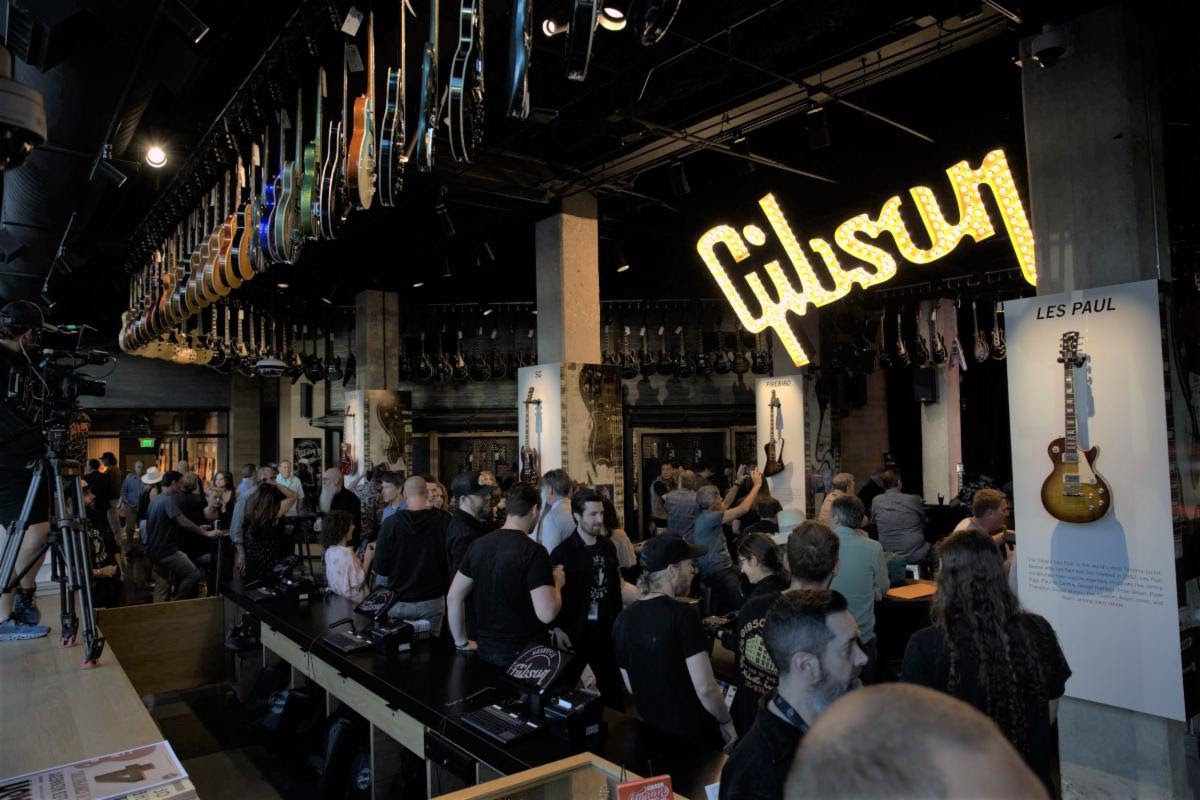 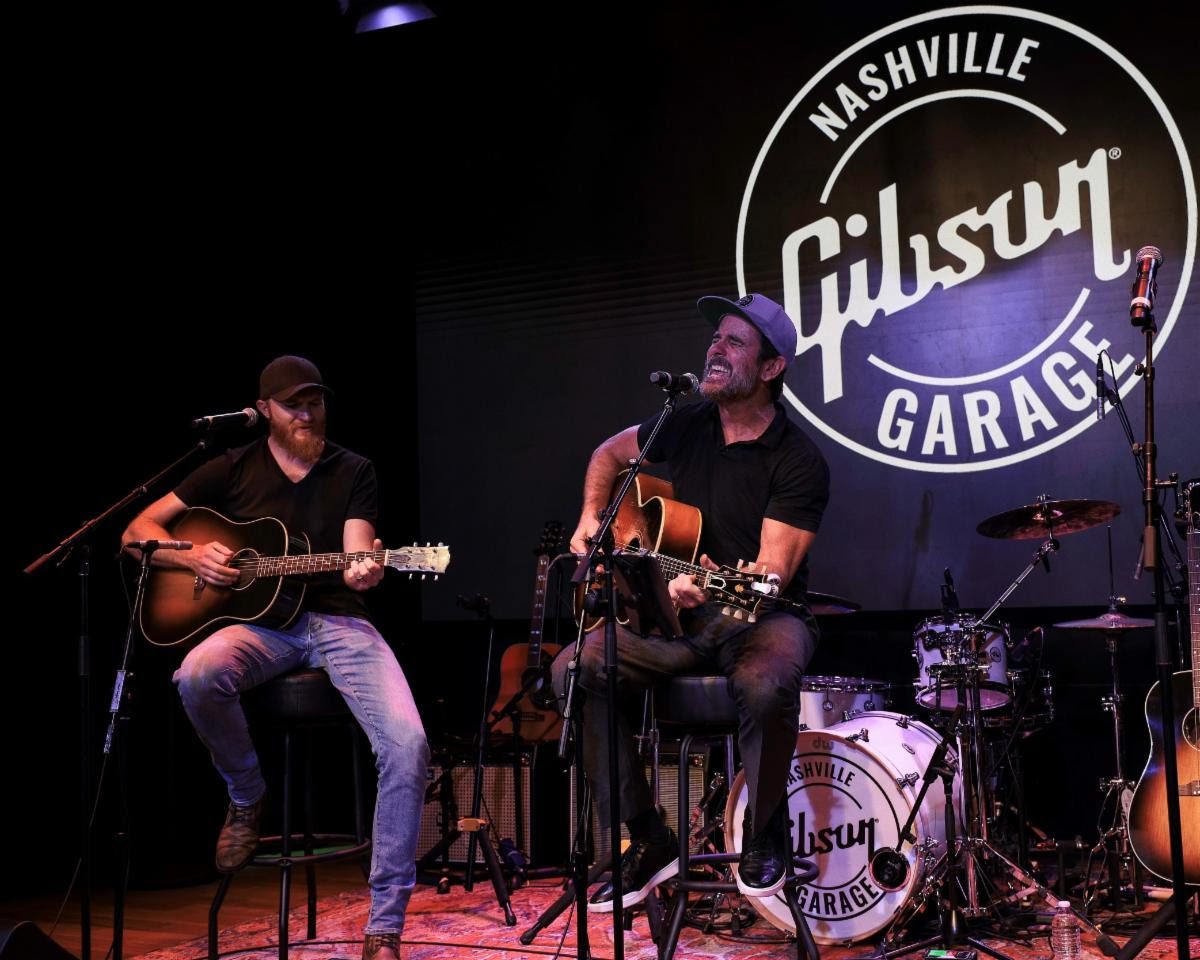 Eric Paslay and Charles Esten perform at the Gibson Garage. 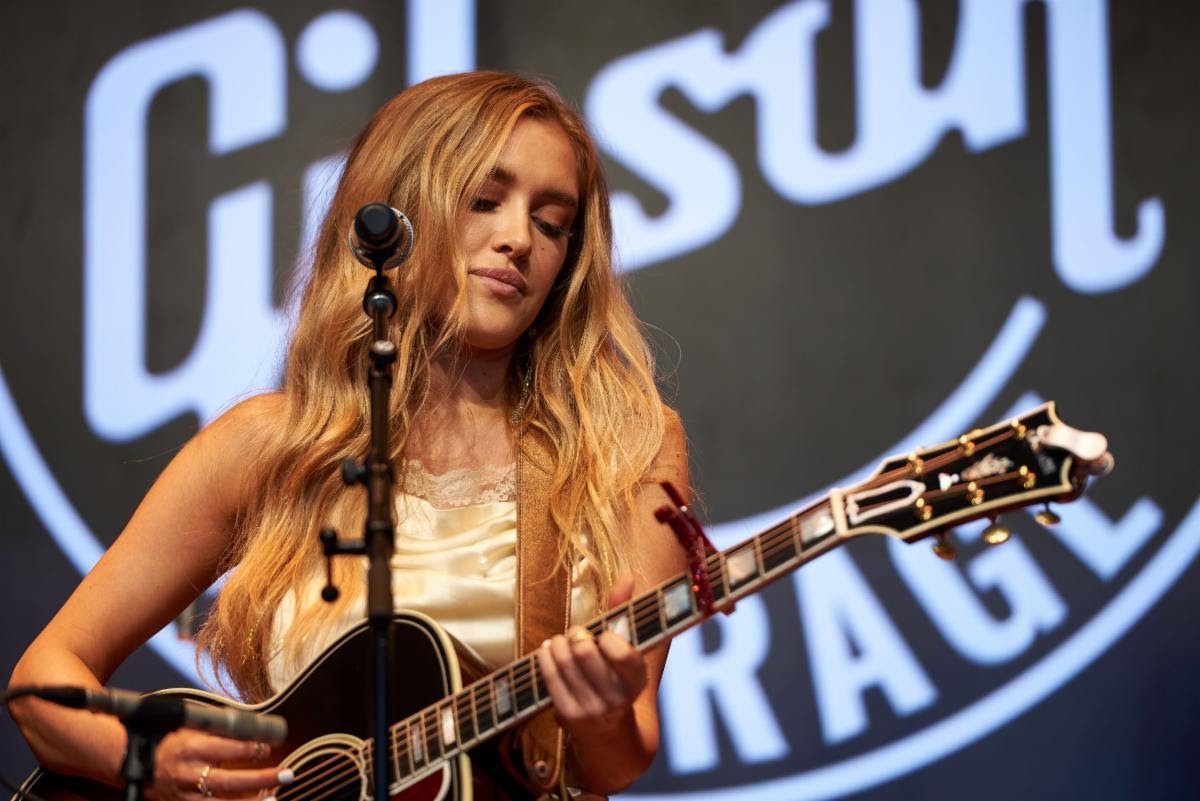 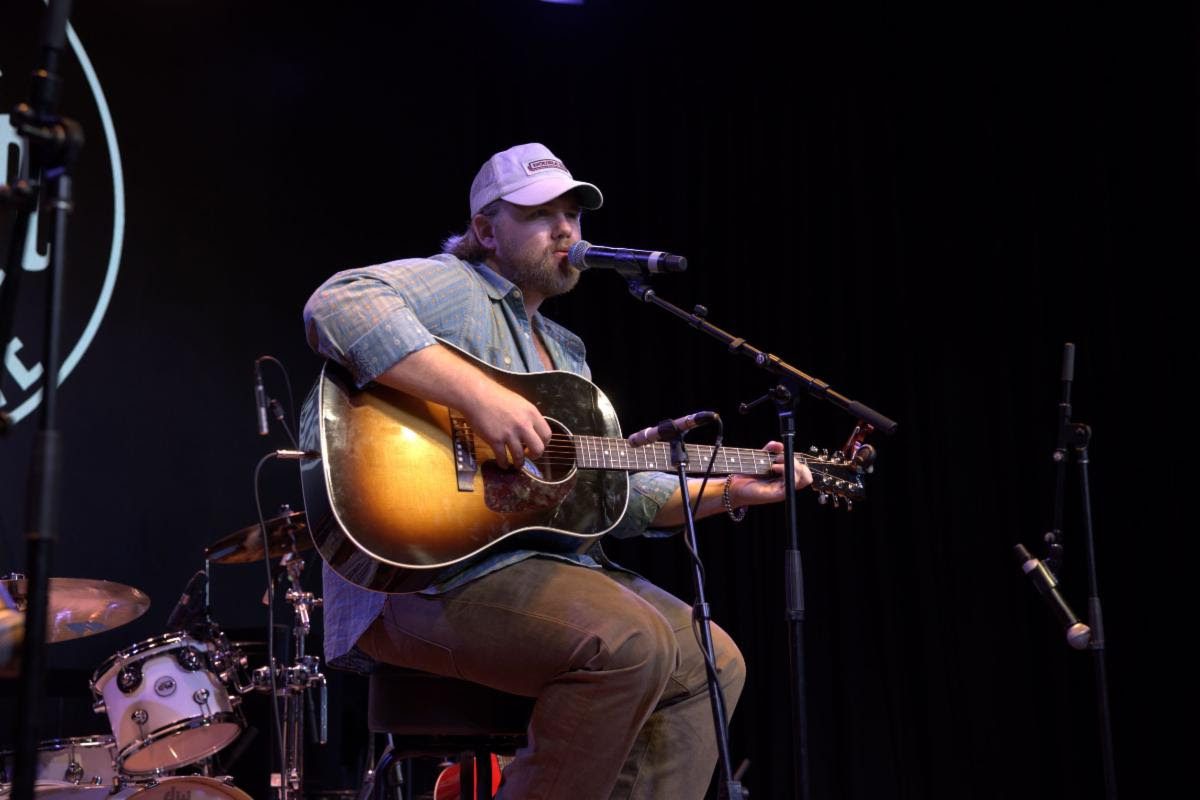 Ernest performs at the Gibson Garage.