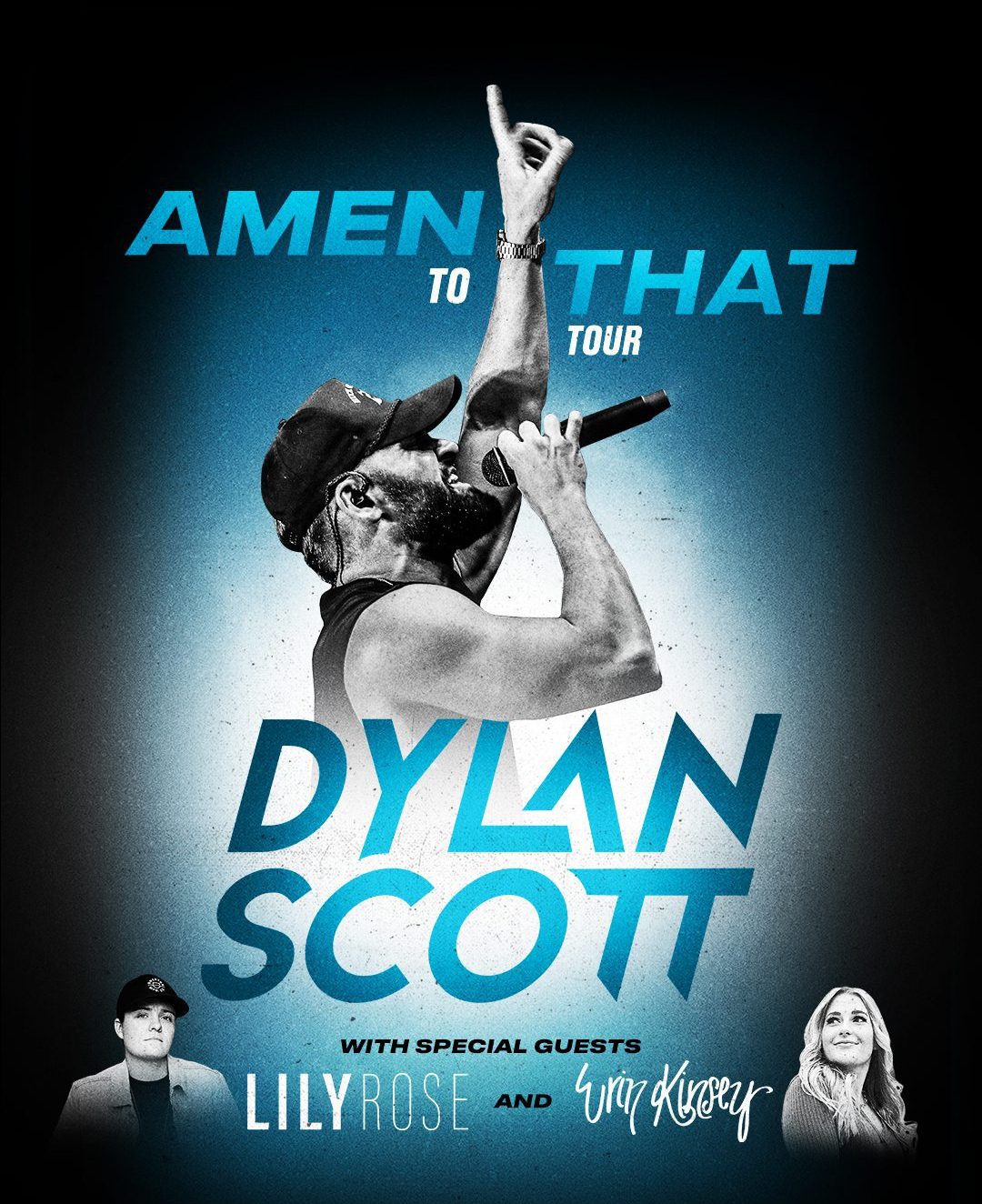 Dylan Scott will embark on his cross-country “Amen To That Tour” this fall with singer-songwriters Erin Kinsey and Lily Rose providing direct support in select cities.

The trek, which takes its name from Scott’s brand new song dropping this Friday (June 24), begins Sept. 28 and visits Phoenix, Oklahoma City, Indianapolis, Milwaukee, and more through Nov. 5. Fans get first dibs on tickets with the Dylan Scott Fan Club presale beginning tomorrow (June 21). Tickets go on sale to the public this Friday (June 24) at dylanscottcountry.com.

The “Amen To That Tour” will bring brand new cuts from Scott’s upcoming album, Livin’ My Best Life, to the stage for the first time. Arriving Aug. 5, the project is the follow-up to the hitmaker’s Nothing To Do Town EP.

Scott co-penned eight of the album’s 16 songs with cowriters such as Tyler Hubbard, Brian Kelley, Morgan Wallen, Thomas Rhett, and more. Notable tracks include the fiery heartbreak single “New Truck,” unifying anthem “In Our Blood (feat. Jimmie Allen),” and viral TikTok ballad “Can’t Have Mine (Find You A Girl).”

Scott recently previewed the new music for fans in downtown Nashville at CMA Fest. In addition to hosting an exclusive fan party and announcing his new Beer Buddies fan club, Scott performed at the Spotify House at Ole Red, on the Riverfront Stage, and appeared at Fan Fair X at the Music City Center. He capped the weekend with a performance at Nissan Stadium in front of more than 50,000 fans.